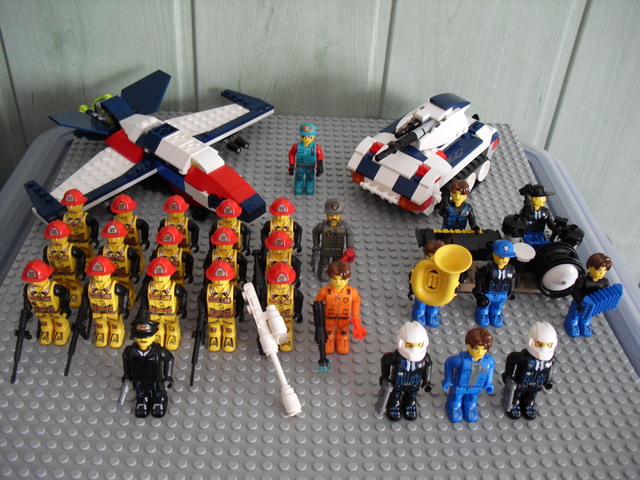 The Autonomous Republic of Transsrbija is a quite small nation, that is mostly inhabited by giants. According to their culture, giants live in a constant state of artificial peace and pedestrianism, where everyone is forced to do everyday jobs like being a policeman, firefighter or mechanic. Intolerant as they are, they even forces the ordinary minifig population to do the same.

Transsrbija originated from the Yugoslav Kingdom and, later on, from the Yugoslav Socialist Republic. This former nation, known for being a multicultural state, has been led by the Transsrbijan giants for decades. However, many other peoples felt more and more uncomfortable with the giants' rule and broke free after a series of bloody wars and genocidal campaigns. As a result of these wars, Transsrbija has only 30 star system left, among them, it's home system Beograd. Whilst being fiercly protective over their capital, the Transsrbijan giants also plot for another war to regain it's "lost" territory from it's newly formed neighbours.