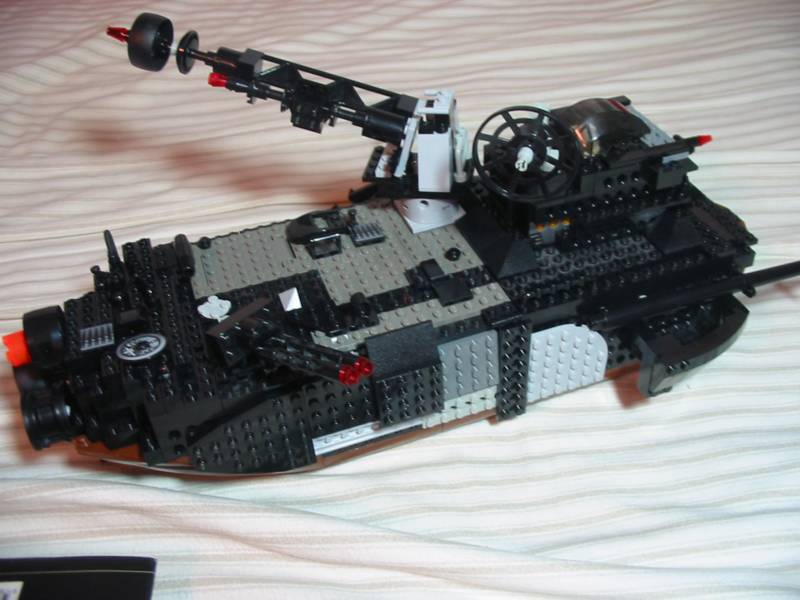 A normal class BIN escort ship, the Relegate rolled off the assembly lines of the Imperial Shipyards in G.R. 2010.

The BIN is a mysterious empire that utilizes clone troopers.

The FELC discovered the hidden planet of Arkane, where Ammoman discovered his true name- Ross Varn. Subsequently, amid a battle with the BIN and Pesgores, the entire FELC force vanished, leaving behind receding traces of battles and a flaring war over a hill. BIN and FELC have been hostile since.

The BIN took heavy losses against the FELC in the Battle of WWP: BthNP. 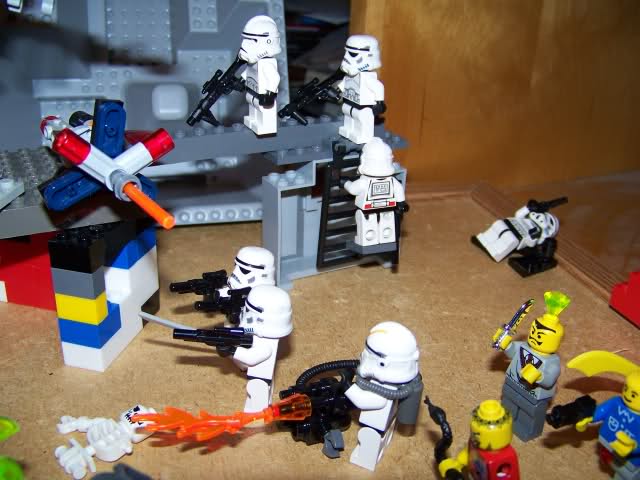 BIN forces in the battle of WWP: BthNP
Retrieved from "https://brikwars.com/wiki/index.php?title=BIN&oldid=12730"
Categories: