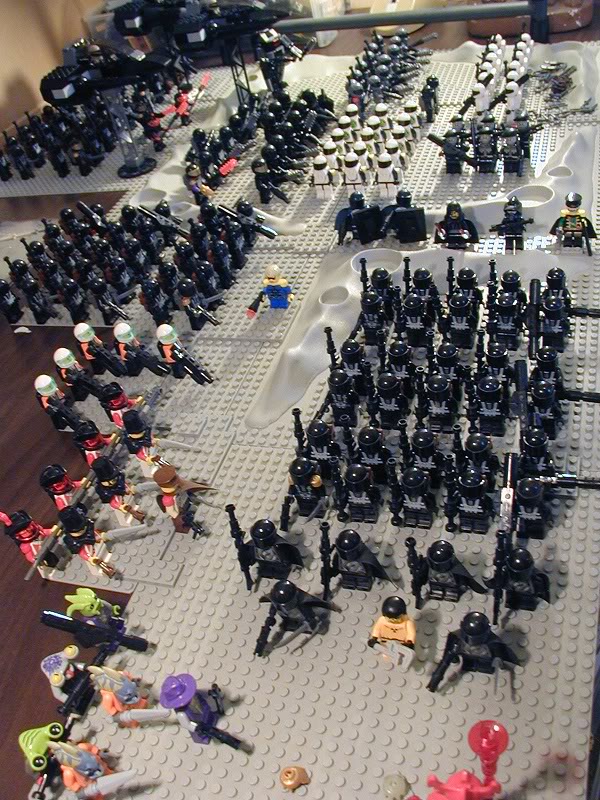 The Basilikoi are a vast empire, spanning a hundred settled stars and many times than in uninhabited systems that are exploited for their immense resources. These are needed to support the empire's military machine, which struggles to defend the wealthy empire from constant multi-front assaults by various barbarian peoples.

The emperor's son, the Porphyrogenitus (born in the purple), leads his armies into battle. He wears a fancier version of the Hetairoi armored vacuum suit (the Hetairoi are the emperor's elite guard, the Companions), and wields an OTC Spatha and a gilded Fire Storm pistol.

A Tek-Arkanos is a member of a cybernetic cult that exists within the empire, which is utterly devoted to the person of the emperor. Equipped with teknology so far in advance of all others that it is akin to magic, they are able to manipulate their environment seemingly at will. When they deign to take the field they are dangerous opponents indeed.

When the Basilikoi cannot win over an enemy with diplomacy, corrupt them with money, pressure them with sanctions, or conquer them militarily, they send in the assassins. Armed with the most advance composite-armor-plated vacuum suits, wearing helmets equipped with the latest in sensory equipment, and armed with specialist KP weapons that fire a smaller projectile at much higher velocities than normal and at a much faster rate, they are veritable killing machines.

The Basilikoi military is divided into two main sections. The mobile field armies are known as the tagmata, while the planetary garrison troops are called the themata. These garrison troops are raised locally and expected only to defend their homeworlds, barring some emergency situation requiring full mobilization of all armed citizens.

Rather than spend countless resources and empty the treasury in a futile attempt to arm every single garrison unit with expensive and powerful anti-gravity tanks, the Basilikoi came up with a pragmatic alternative. Since the primary role of the themata is defensive, why not equip them with a defensively-oriented anti-tank vehicle? Thus, the Menaulion was born. Its frontal armor is thick and sloped, so that it can bear repeated blows from enemy heavy guns, while its own main gun, a massive gravity-accelerated kinetic penetrator cannon, is the same as that mounted on the heavy anti-gravity tanks of the tagmata. The Menaulion can take a beating and hit back just as hard, all while costing far less than a true tank would. 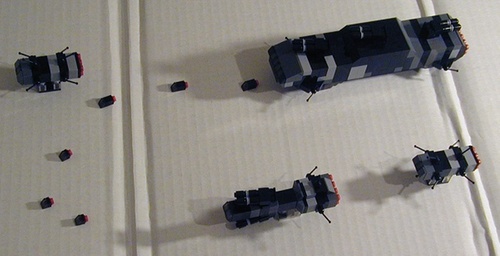