Blokbots are the worst thing to strike the BrikVerse since the peach mutations. Unstoppable forces of pure destructiveness, they exist for no other purpose than to tear any opposition to their spread into bite sized chunks and then recycle those into more blokbots. 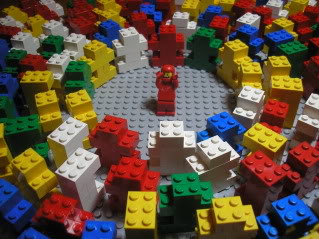 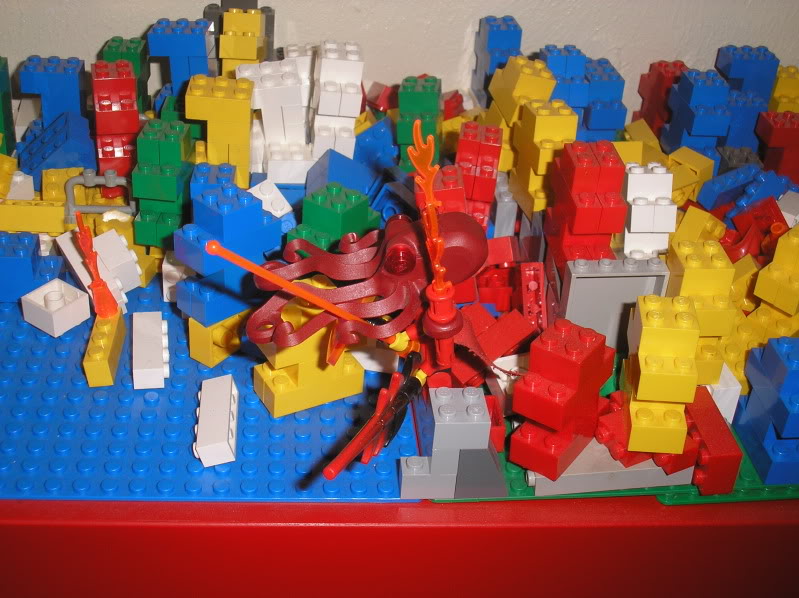 When and where the first blokbot attack occurred has been lost in depths of time. One of the first survived attack was the failed attack on Ra in late BR 2,009. At the end of that attack there was a single minifig survivor left to tell a gruesome tale of waves of color blokbots led by a Blokthulhu.

It is now rumored that the Brik End Space Empire encountered the Blokbots after their first foray into space in BR 2,008. The Blokbots destroyed the Brik End Space Empire's frigates and capitol ship, then proceeded to ravage the planet and raze cities for several months. One day in BR 2,010, they simply disappeared, headed back into space. Now that the B.E.S.E. has begun to make colonization attempts, there have been reports of Blokbot scout sightings, but no large force has yet been sighted.

With the recent discovery in BR 2,011 of Transtoria, the ABS type Minifig-divergent Blok built creatures known as the Grateheads have entered the Brikverse. Some scientists suspect these divergent-evolved creatures to be descended from BlokBot ancestors, which leaves debate open to why the BlokBots are present throughout the Brikverse.

Almost all attacks have been led by some form of leader, whether it be an enhanced blokbot or something more nasty. They almost never attack with all of their force all at once, preferring to wear down the enemy with wave after wave of bloks. They sometimes manifest the ability to transform and combine into deadly creations.