BrikWars has evolved steadily since its first edition in 1995. Here, in reverse chronological order, are the most significant incarnations of BrikWars to date. 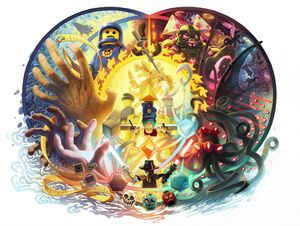 BrikWars 2020 is the current edition of BrikWars, available exclusively in gleaming HTML while everyone waits for us to figure out how book printing works.

From 2010 to 2020 the online community started to take off, and BrikWars took the opportunity to inflict hundreds of rolling draft updates on the playerbase. There were no patch notes. Nobody knew what would change from one day to the next. It was a glorious time to be alive. 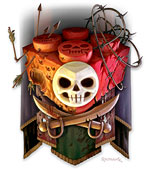 BrikWars 2005 is the last printable ruleset until the completion of BrikWars 2020.

After inflicting the unstoppable power of BrikWars 2001 on everyone for a couple of years, BrikWars 2005 is the more streamlined and elegant edition for faster and easier play.

BrikWars 2005 is available online in HTML, and thanks to a surprise effort from Kolja (“User:Flashhawk”), the HTML files have been ripped and cropped into an easy-printing PDF format. Thanks Kolja!

Like the Nega Blok of wargames, QuikWars is BrikWars’ quicker, simpler alternative, for people who want to spend less time thinking and more time playing. The whole rulebook fits quite nicely onto two pieces of paper, perfect for convention games and first-time players.

This version of BrikWars was completed in September 2001, but its release was delayed until the following year, to the frustration of players across the globe. What was the reason? Did the author simply wish to torture his fans? The surprising answer is yes – for one fan in particular, who very nearly had a brain meltdown during the process of failing to obtain the rules.

Once he finally received the rules as promised (although too late to salvage what scraps remained of his sanity), publication was stalled for a few more weeks to let him savor his victory and to give him time to launch his retaliatory strike.

Thanks to Wayne McCaul for creating updated versions of the 2001 book in print-friendly PDF format.

Summer 2000 brought the HTML version of the text of Spring 2000. Along with the new format came an additional series of revisions and improvements, making the Spring release obsolete after only a few months.

The Summer revision became well-known for being perpetually incomplete and in fact any hopes of finishing the thing were dashed when all workers were pulled off the 2000 project in order to develop the 2001 update. Chapters Eight through Ten, as well as the SP Supplement, didn't survive the transition from the Spring text files.

Following an upsurge in BrikWars interest following the NELUG games in February, this update introduced a wealth of new material, including the now-infamous Death Sling and the tragically flawed SuperNatural Powers supplement.

Wayne McCaul was almost suspiciously generous in donating his time and expertise in designing, formatting, and producing the first-ever PDF version of BrikWars.

On Halloween 1998, we released the first HTML version of BrikWars, hand-illustrated in 16-color pixelated glory.

The very first edition of what would eventually become BrikWars was written in the waning months of 1995. This text spent a shadowy existence, passing from person to person by photocopies and e-mail for nearly a year, mutating and changing along the way. Eventually the game found its first stable Internet home on the web page of an Oregon State University student by the name of Chad Bagaasoc, requiring the assembly of a 'definitive' text from the many variations in use at the time. This was accomplished in early 1997, and that text remained in authority for over a year and a half.

Lego Wars (1991) and Lego Wars II (1995), written by two pre-Internet geniuses by the names of Eric O’Dell and R. Todd Ogrin, are not BrikWars editions. The LEGO Group did not give permission to use their registered and trademarked word "LEGO®" in the title (see our Legal Disclaimer). Misters O’Dell and Ogrin did not give any kind of permission to post their work here. So what possible reason could we have to do so?

BrikWars, in its earliest beginnings, was heavily inspired by these sources, and by their cruel suppression by LEGO. In those days the LEGO legal department was particularly rabid and swore grim oaths to destroy any product that used the word "LEGO®" without their permission. In order to keep hope alive, a plan was conceived in which the rulebook would continue under a different name ("Butthead-Toy-Company Wars" was suggested).

The original authors were prevented from carrying out their plan, and so Rayhawk took it upon himself, intending to replace each instance of the offending L-word with the less legally-contentious "Brik." As the project progressed (and new cool pieces and themes were released by the Butthead Toy Company), additions and modifications turned BrikWars into a separate entity in its own right by the tail end of 1995, now a universal battle engine rather than solely focused on the adventures of the Lego Wars SpaceMan. But the Lego Wars games were an important part of BrikWars' early genealogy.