Difference between revisions of "Cordova Coalition" 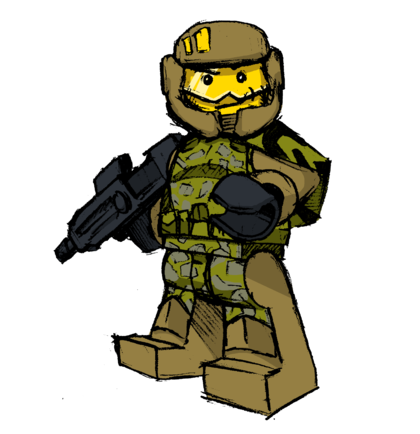 A Coalition Marine, Better trained and better equipped than most of their rivals. Art by Ninja_Bait

The Cordova Coalition is a signifigantly sized faction from the realm of Novomir, specializing in a doctrine heavily involving the use of small spaceships that it's rivals think too small to be of use

The Cordova Coalition was founded by a number of veterans from the defunct First Alliance, reemerging sometime after the Imperiya, Bratva and others had arisen.

Retired Veterans had started a Ship building operation in the northern Mu region, centered around the shipyards at Port Cordova. And after the northern regions began to suffer raid attacks from Reavers and other pirates, a new group was started. Aimed at using their ships as a centerpeice of their doctrine. Several Northern settlements then formed the Cordova Coalition

The Coalition generally believes in free society and is against tyrants, but they are themselves very militaristic and traditionalist with a society that revolves around a Naval heritage. They care little for merchants, markets and trade. The citizens of their lands are generally left to live their own lives, while Coalition protects the Ports and surrounding areas.

The Cordova Coalition's first and foremost objective is simply to protect it's own. The Mu region falls under it's juristiction, and they have attempted to expand into the Eta region, crawling with Sky Pirates and other fiends. Who represent everything the Coalition stands against

The Coalition uses quick deployment units revolving around small Cutter and Corvette class fleet ships. Sending out Marines, fast attack vehicles and air support in addition to the ships in the area.