In a distant sector of space, now hauntingly called the Devoid Sector, three ancient intergalactic armies vie for dominance and control of the sector’s precious and newly discovered resource, Ecto-115, in an epic scale war known as the Ecto Conflict.

The element is naturally occurring within only a handful of systems and, interestingly, within each member of the terrifying Zeitgeisteskrankheit, a maddened and wraithlike people driven by a thirst for vengeance and an abominable hunger that can only be sated with the warmth of the living. The Devoid Sector, once upon a time, was their home and they were a peaceful race of builders and innovators. Their original name is now lost to history but it is known that they soared through the stars on the wings of gilded technologies spreading the goodwill of construction to various peoples throughout the star systems. Now, however, following the brutal invasion of the Gunnar-Grim a few hundred years ago, that message is no longer part of their deathly agenda and the memory of their great technologies lie forever locked in the spectral forms of their ghostly starships. Now, they float through the void and debris fields where their homes used to be, as cold as the space between the stars, hunting the unwary.

The Gunnar-Grim in the Devoid Sector are of the Jormangandr Clan, who long ago became separated from their main fleet and were left to wander between galaxies. Over time, the space dwarves became severely hardened by their ordeals. Encounters with other races often led to strife for the already warlike dwarves. With constant battles and continuous operation, their great behemoth of a warship, the Starforge Jormangandr, took a hell of a beating. One of less than one hundred of the universe’s largest and mightiest ships, capable of both creating and destroying planets at full capacity, it had been entrusted to the Jormangandr in ancient times by the Mountain King himself, creator god to the dwarven race. Thus, when the great ship limped into what is now the Devoid Sector on its last legs, the Clan wasted no time in availing themselves of any resource they could find to repair the monstrosity. Luckily for them, they had stumbled into a very rich sector of space indeed, full to bursting with life and creative energies. Unluckily for everything else, this boundless wonder merely served as food to feed to the colossal starbeast and it consumed ever greater amounts of material in order to return itself to the height of its power. The other races banded together and mounted an assault on the terrible thing but, even in such a weakened state, their attacks did little good and its dwarven masters were fierce in its defense. In the span of a few short years, the Gunnar-Grim had committed an interstellar genocide, wiping entire star systems and their populations from existence.

However, that same rich energy which sated the Starforge would be the very damnation of the Jormangandr Clan. There was a deep resonance to the power on which the dwarves did not reckon. The massively creative energies, so corrupted by the titanic psychic trauma done to its most masterful manipulators, turned quite deadly and locked the souls of the dead into a hyperphasic state of reality, imbuing them with the sheer, unadulterated force of destruction. They became the Geist and the vulgarity of their birth sprang out like a shockwave through reality. Where the wave touched, often there grew the Element later named Ecto-115 in various forms. A dangerous, volatile, and utterly destructive element, it has never been used to any other purpose. In fact, as far as anyone can tell, it can’t be used to any other purpose. The Clan does not yet regret their actions, and probably never will, and sees Ecto-115 as their proprietary right. They’ve begun rebuilding the sector, in their own image, but are hindered at every turn by the Geist (who are ever more enraged by the Clan’s continued presence and its constant attempts at mining their essence) and the newly arrived Ketir-Iah Empire.

The Ketir-Iah are a very old intergalactic empire who have held sway in many parts of the universe for as long as anyone can remember. A potent sorcery runs in the bloodlines of its peoples and the elder race long held authority using the reality-altering, godlike power in its veins. They were seemingly unstoppable. Eons ago, however, a rebellion rose up, captured several royal houses, and performed unspeakable blood sciences on them. They were able to discern and steal the power for themselves. With time, the rebellion grew into a powerful empire in its own right and doled out that power in small, manageable segments to all those who stood against the ancients. The Ketir-Iah were beset on all sides in many galaxies and so they were forced to perform an extravagant ritual which cursed their own magic. While the rewards for using the magic were still prodigious, the punishment was equally as severe. They waited and refrained from its use while their enemies crippled themselves with borrowed power. The Ketir-Iah’s sorcery remains cursed to this day, however, and they have been forced to seek other routes to power. In recent years, they learned of Ecto-115 and its devastating properties. They were well placed to send an expeditionary army into the Devoid Sector after it. The army found itself quickly locked in a heated struggle between the Geist, the Jormangandr, and the fiercely violent and defensive Bystander systems. The army thought to retreat but the pounding of the Geist Ectocannons showed them an exponential power they were loathe to leave behind. To their delight, though, they’ve also discovered that their sorcery is the only weapon anyone knows of that can harm the Geist. Though they must be extraordinarily careful in its execution, they’ve decided to stay and attempt to harvest the element.

All the while, the crisis in Devoid Sector continues to build and it may come to pass that no one survives the resulting explosion. 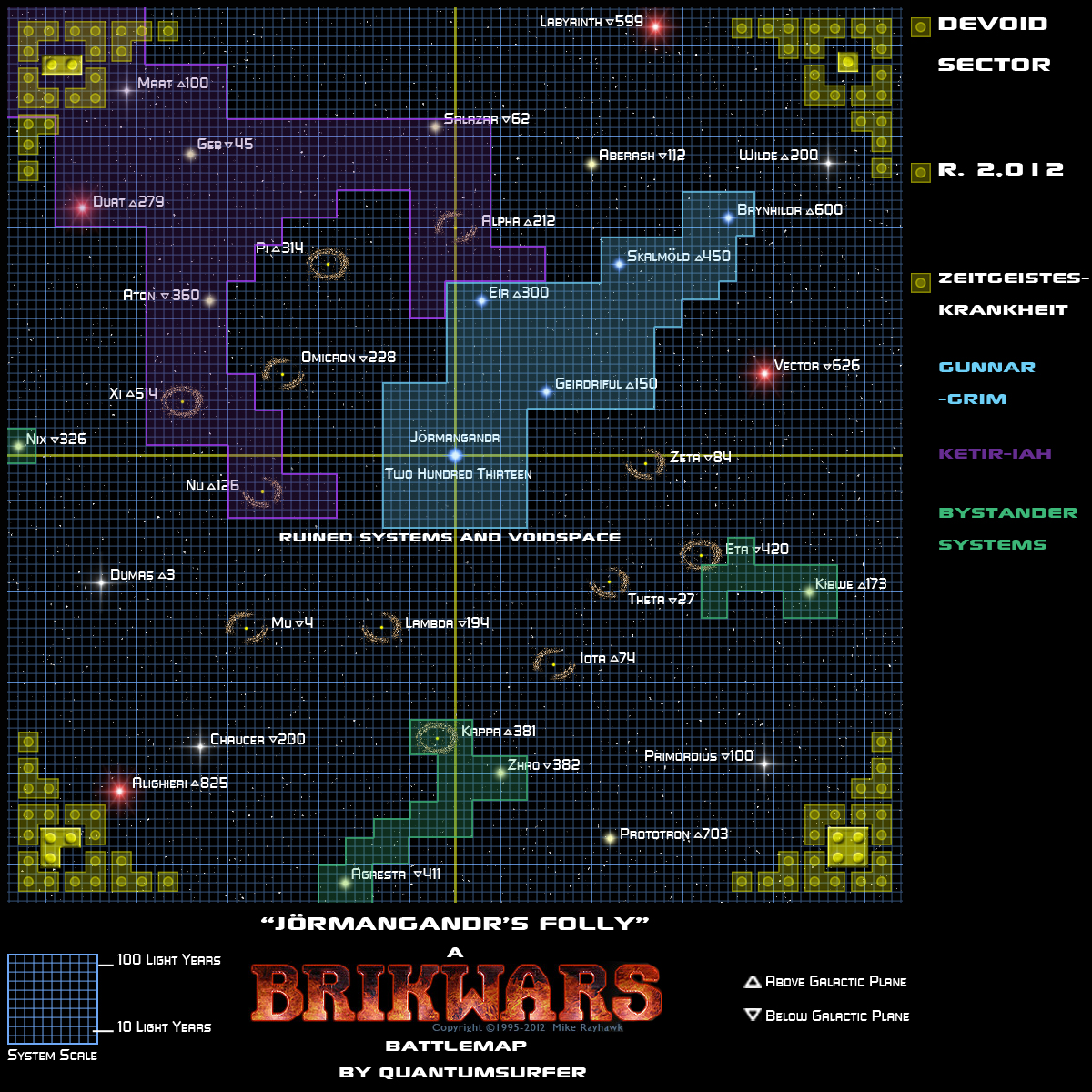