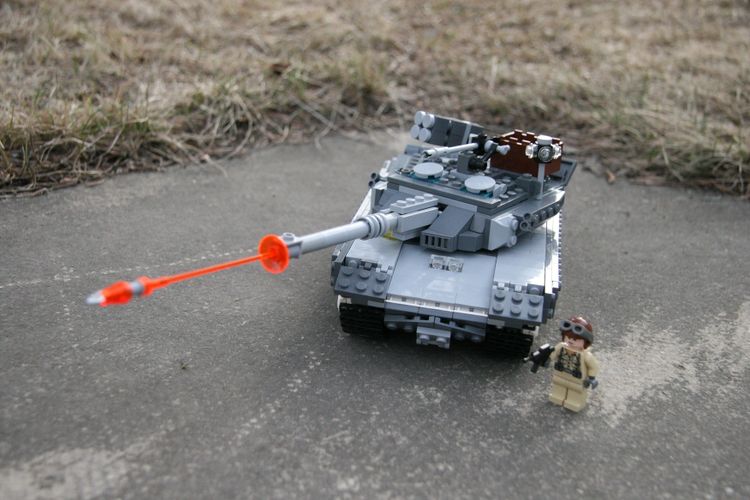 The older brother of the GA35B Gladiator, the GA90E series is expected to be ready for service near mid BR 2,015. While the GA90E series final loadouts are yet to be confirmed, there is no doubt that the redesigned Gladiator will have a significant impact on the battlefield.

Side shot of the redesigned turret

The GA90E Gladiator's crew consists of three gunners(one's topside) and one pilot, with an autoloader taking the place of the loader.

x1 Scraper Blade: Fixed to the lower glacis, the blade's purpose (on paper) is to move debris and loose bricks for construction purposes. However, it can easily be repurposed to impale organic enemy units.

x0-21 ERA: Bolted onto the side skirts and upper glacis, the Explosive Reactant Armour's purpose is to reduce the amount of damage inflicted to the vehicle from Launchers and Rockets.

No variants as of yet have been constructed on this chassis.