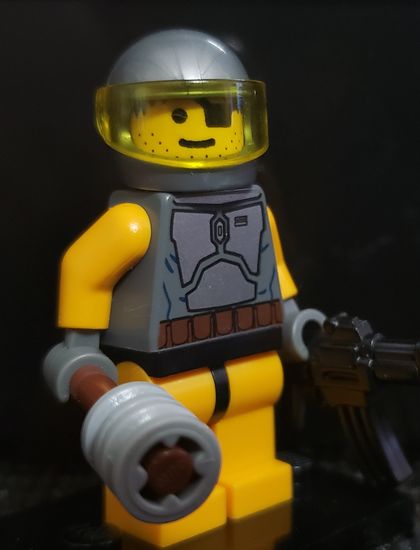 A Raider from the Kriegir clans, using a mixture of modern guns and savage melee weapons to loot and pillage

Founded by A band of Cultists worshipping an unknown group of gods. The Kriegir eventually obtained advanced teknology and used it to better themselves in the school of pillaging and destroying. They became a fact of life in the northern plates for a time

Krieger is more or less a passive group, they occasionally raid weak settlements for booty or captives. But mainly just to look for something to kill to keep their skills sharp and their pagan gods happy. They are violent, but not unreasonable. They will trade when it benefits them. And they generally are very tolerant of hostility towards them as they enjoy battle all the more. Getting beat in battle is just a sign that they need to improve. And They will not hold defeats or often times, even hold betrayals against their enemies for long.