Pirates are badass minifigs who sail the many seas of the Brikversian Worlds in search of adventure, booze and booty. They most often accomplish these goals by either raiding port towns or other ships they encounter. Colorful pirate-shanties are considered a staple along with rum and missing and/or prosthetic wooden legs. A pirate's worst enemies are the Ninja, the reason for such hatred is unknown but it is rumored that it started with a dispute over some donuts which the ninja claimed were the "most deadly weapon in the universe." Apparently.

Pirates are organized into various and sundry Crews. Some are quite small, operating at a squad based level, and others are quite large, operating at a space fleet level. Overseen by Captains and Admirals, these Crews are answerable to no one. Though, they do engage in a dangerous game of one upmanship at every available opportunity. For the most part, those seen worthy by the other Crews rise to the rank of "Pirate Lord" and command great respect. Some take the name and worry about the details later but respect is like a third currency (following booze and gold) among pirates. Earned, it can accomplish a great deal among their kind.

Players may create one of these crews when creating a new faction. This allows any number of players to have a "Pirate Faction" under the Community Content guidelines.

SpacePirates are like normal pirates, but in space. They raid the space lanes, attacking civilian ships and transports to steal their cargo. In areas of particularly heavy raiding, the military or SpaceCops will patrol the area, forcing some SpacePirates to disguise their ships as unarmed merchant vessels. However, they will have weapons concealed everywhere to attack their targets. The usual tactic involves disabling the targets engines, getting along side their ship, opening the doors, and jumping across to the other ship to cut open the hull and steal their cargo. Some pirates take prisoners, but most just lock the crew into a room and destroy their radios so they can't call for help. 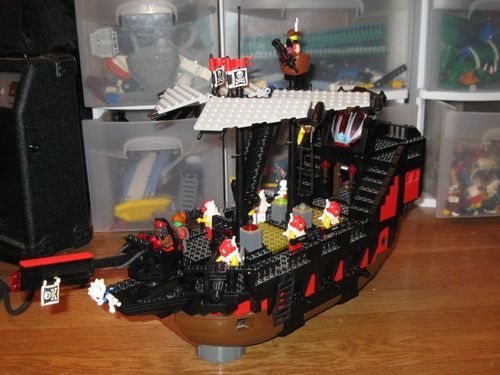 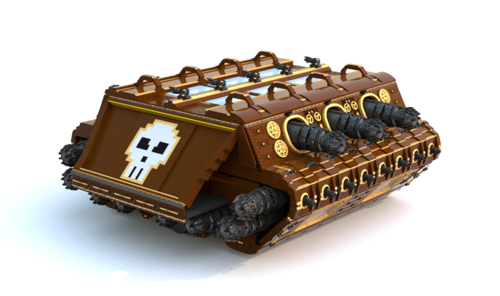 The Ramshackle
Retrieved from "https://brikwars.com/wiki/index.php?title=Pirate&oldid=17121"
Category: