Plates, Sometimes called Plate Worlds or Plate Regions are compact, flat worlds that exist in a different dimension than that of contemporary Galaxies. A plate world begins and ends at the edge of a Plate world's Baseplates. Travel between plates is normally assisted by either teleportation, portal, or flight via spaceship or some other means, depending on the Realm.

Realms are the largest of the Plate world groupings. They house Thousands, to Tens of thousands of plates. And they are often subject to their own physical laws and phenomenon. 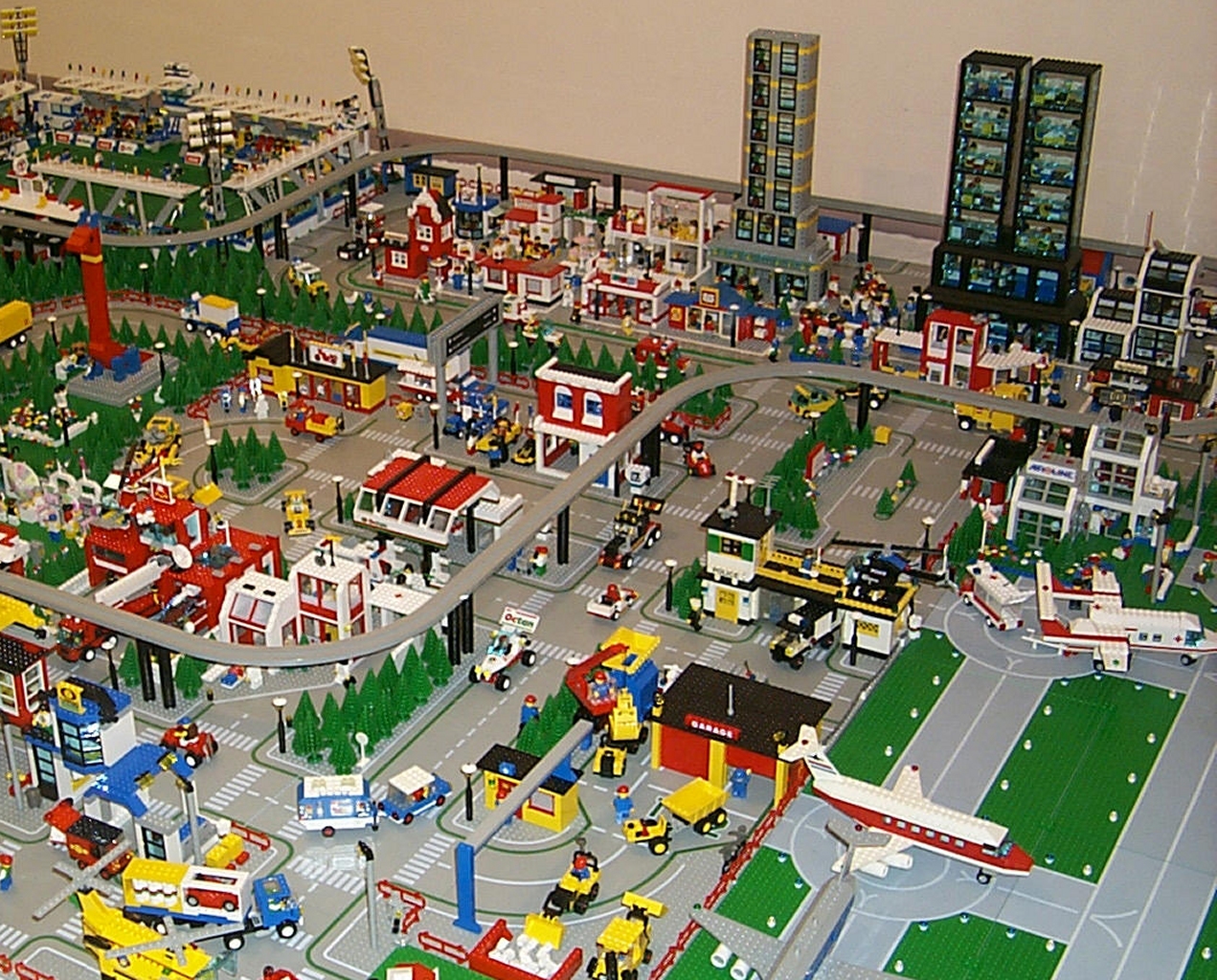 Cartographers, Bureaucrats and tryhards will often categorize or group large swathes of neighboring plates into Plate realms , which then are broken down into smaller groupings within the realm. Plate groupings will often, but do not always share similar features or characteristics.

Travel between plates is typically restricted to teleportation, whether magikal or tek assisted. But Spaceships can fly through Voidspace, just like regular Space, and travel to whichever plate they want. Minifigs also link many of the plates together through Voidspace by constructing one-way portals on the edges of their plates, that exit on the edges of neighbor plates and vice versa, allowing Minifigs without Teleporters and Spaceships, to travel between them, albeit at a much slower and more directed path

A grouping of Unknown Plates, some are linked together with portals, which have been laid out into a road network

Monolith Battleplates - A realm of thousands of plates that was created by the disintegration and reassembly of the Gold Sector from the Galaxia Nehellenium, Known for anomalous materials and paranormal activity. Namely functional Immortality.