Difference between revisions of "Scythian Empire" 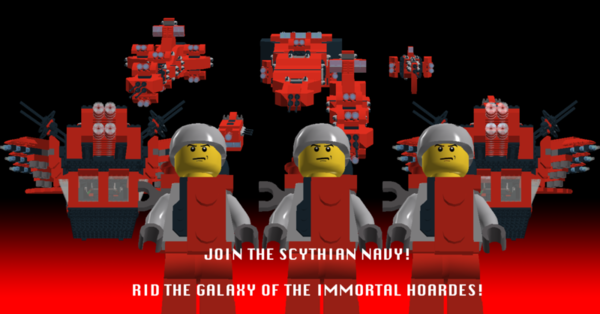 The Great Scythian Empire is an superpower within the central core of the Nehellium Galaxy. The Scythians emerged long ago from the great and mighty planet of "Scythia" deep within the galactic core, and quickly began colonising their solar system (also known as Scythia) for its rich bounty of ABS almost a thousand years ago. For the largest portion of this time, their SHIP technology was based off of basic rocket technologies, with the rare examples of nuclear pulse craft - their colonies little more than bubble cities based on the many moons of Scythia - and a few rare space stations dotted around the system collecting and transporting valuable ABS back to the homeworld.

All of this changed, a little over 500 years ago - when a discovery was made deep within Scythia's second moon "Blade" when a survey team searching for ABS found a massive abundance of the substance within a planetary scan, and discovered an ancient starship deep within a crater on the moons surface.

Initial explorations where made, and the craft was discovered to be a Super Dreadnaught of unknown origin (although, many logs in the ships computer system made references to a planet known as Eerf - but little more information than that can be ascertained) and a research colony soon sprang up around the craft. From the wreckage, many technological marvels where made, such as the matter/anti-matter annihilation drive, now the core of Scythian science, and the source of the Scythian Empires highly advanced laser weaponry, super hardened ABS (known as TITanium), and the FTL drive system, which allowed Scythian vessels to finally cut their way out into the stars.

After this point, Scythian expansion was assured. Being deep within the galactic core, hundreds of systems lay practically within their "Back yard," and within a century, well over a hundred worlds where under Scythian occupancy, with another 150 colony ships ready to claim new worlds.

At this point, came the Scythian empire began its slow introduction to galactik culture. As their ships spread outwards, it only made sense that one branch of minifigkind would eventually run into another, and the Scythian explorer ship "Corhellan" during a standard scouting mission of a resource heavy system made first contact with the Free world of Gahlad. This peaceful, if bumpy first contact led to the Scythian people's first contact situation.

From these beginnings, the Scythian empire spread out in every direction - absorbing world after world, developing terraforming technologies, building vast space stations to keep their empire growing, but eventually - the steam ran out.

The Scythian stream of ABS began to slow as the expansion of new worlds began to overtake the amount of ABS available that was flowing back into the Scythian's pool of resources. They were forced to slow down their colonization efforts, and eventually stopped all together, shifting their focus onto developing existing worlds rather than colonizing new worlds. This status quo has existed for little over a century, and shows no signs of changing in the near future.

Today, the Scythian empire stands at a little over 400 worlds, and sits in a comfortably sized chunk of the galactik core. Its a relatively peaceful, if Spartan empire, where military service of 10 years is mandatory for all able citizens, and their only real concern is protecting their borders from the roaming Space Pirates (better known to the Scythian people as "the Pirata") and ensuring the continued development of Scythian Core worlds. 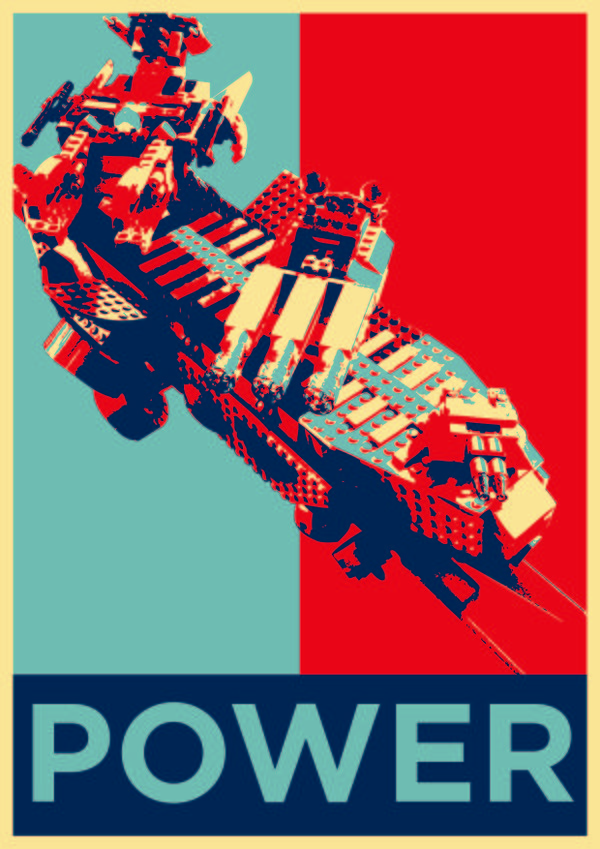 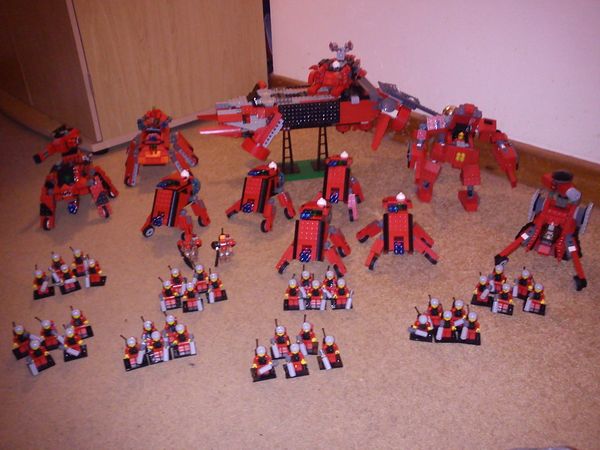 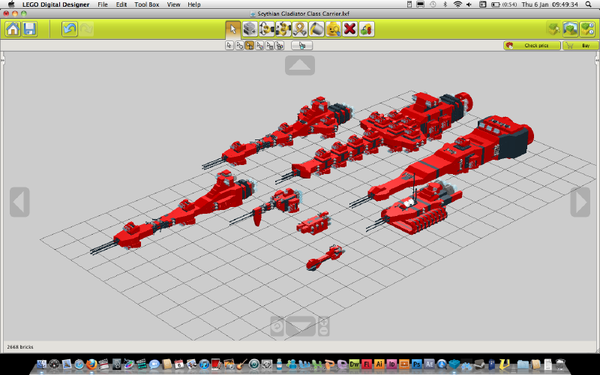 The Scythian empire today is vast, beyond the scope of what many others would consider an "Average" empire. It consists of billions of minifgs spread across hundreds of worlds and space stations, with all except the young either in their mandatory 10 years military service, or past their 10 years military service and serving as officers throughout the many fleets of the Scythian Empire, or settling into civilian life and keeping the vast empire ticking over.

The Scythian Military is huge, and is split between the forces of:

The Scythian Space Navy, which protects the space lanes and worlds of the Scythian Empire through unrelenting force.

The Scythian Office of Naval Intelligence, which protects the entire empire by keeping constant tabs on all of Scythia's potential enemies, both in- and outside of the empire.

The Scythian Ground Army, which protects the worlds and stations of the Scythian Empire up close and personal, through the legions of infantry and vehicles the empire has at its command.

Standard Scythian Battle tactics are as such: focused fire power is the method to achieving victory. To achieve this goal, every Scythian soldier is trained to act as part of a single squad unit known as a "Battery" that gets into position in the field and then lays down unrelenting fire power while slowly advancing. To complement these tactics, Scythian infantry wear powerful armour packs that protect the wearer from most small arms fire, and provide small antimatter generators which in turn provide power to their Carbine Laser Rifles.

These tactics are also supplemented by the generous use of powerful hardsuit and mecha units, as well as the limited use of tanks, but tank units are slowly being phased out of service in favour of mecha and walking tanks.

Last but not least, these forces are supplemented again by the use of powerful dropships and fighters launched from ground bases, or orbital space craft, to rain constant fire down on the enemy before they can react.

Last but not least, there is the Scythian Office of Naval Intelligence, which is a shadowy organisation, with spies and operatives everywhere, taking roles within every level of life within the Scythian empire, constantly probing for threats. Outside the empire, they constantly keep watch on the other empires throughout the stars, making sure the Scythian empire is ready to face them in battle with the upper hand at all times. Empires of particular interest to the Scythian Empire are the Assyrians who the Scythians are viewing with great interest, the VOL who the Scythians keep constant tabs on to be sure that they have the technological advantage over in case of future (inevitable) conflicts, and the Immortals, who the Scythians view as a major threat towards the empire, and there will doubtlessly be clashes between these two forces before too long.

Scythian Technology is derived from two main sources - Advanced Lasers and Antimatter Generation, both of which began from the Ancient Super Dreadnaught buried deep within the Blade Moon.

Scythian Laser technology is advanced to the point of now being entirely solid state - and miniaturised to a point where modern hand held lasers are used as welding tools as well as effective weapons. They are practically unbreakable and simplified to the point where even the common citizen has access to equipment that would make the armed forces of less advanced races swoon with envy.

Scythian Antimatter Generation has also continued to be refined and developed to the point of near-godlike ability. Through generating miniscule amounts of Anti-matter and holding it within a magnetic field in complete vacuum, Scythian generators fire single atoms of matter to create huge amounts of power, and modern generators can range from being hand held to city sized facilities capable of powering an entire world. Older designs made use of a single generator and large capacitor batteries, but a modern revolution through the emerging Immortal conflicts has lead to the development of Multi-core Antimatter generators, where 6 smaller generators work together to create a larger, continious charge - this method of power generation being far less expensive to produce and keep maintained.

However, another development has become mainstream in the fires of war - a deadly weapon far beyond anything seen before by Scythian armed forces - The Antimatter Projector cannon.

The Antimatter projector is in effect - a railgun tied into the dump valve system of an Antimatter generator, the railgun elements project a tight magnetic cone at their target, which is then filled with volatile Neutrinos in an exotic super-cooled mixture, which acts as a transmission medium for room temperature Lithium based Antimatter.

The effects of this are sudden and catastrophic. This weapon melts through anything known to brick kind in microseconds, shields are eaten away by massive power overloads, Armour is simply catalysed and melted, minifigs are incinerated instantly - and then once the entire target is catalysed, it then violently explodes with the equivalent force of a small nuclear blast - only serving to spread the destruction as the blast destroys surrounding targets and then showers the survivors in deadly Neutrinos and left over Antimatter particles.

With the Immortals spreading as far and as wide as they can across the BrikVerse, it was only a matter of time before the two forces would inevitably clash, and the fires of war have already started to erupt across the Scythian southern border worlds, ranging from squad level battles from homesteads on distant colony worlds, to full scale war on the ground and in space on Scythian worlds across the periphery border. 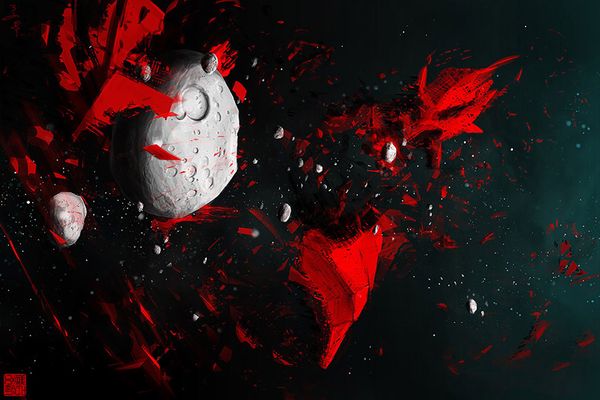 With the fires of war expanding, The Great Scythian Empire has put forward a proposition of Alliance to any race willing to lend aid to the fight. The terms of this Alliance are thus:

All the Great Scythian Empire asks in return for this alliance, is that 10% minimum of the empires total military assets are put towards the alliance in the ever growing battles against the Immortal Hordes.

This offer is open to nations and empires of every stage and tech level, and will remain open until the Immortal threat is either eliminated or nullified to protect the galaxy from complete destabilization.

As of R. 2,011, the races that have taken up this contractual alliance include: