The Police State of Venice 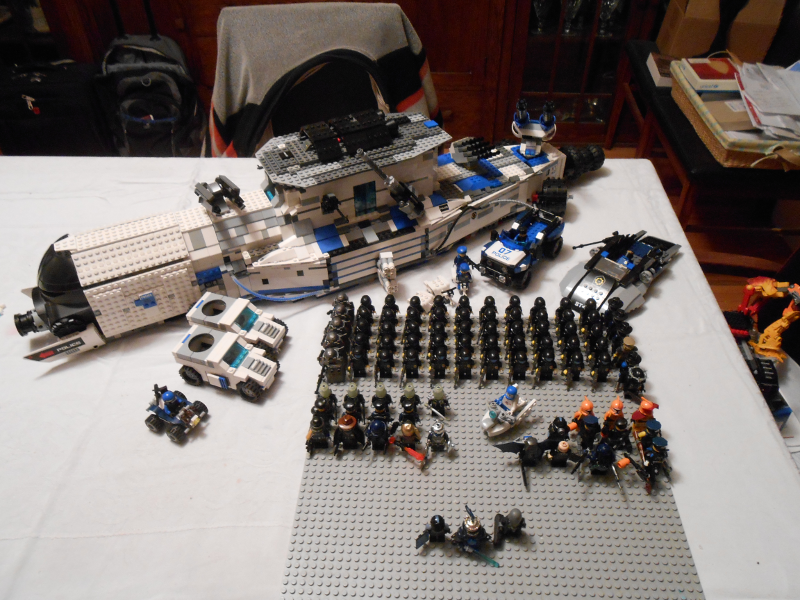 A survey of Venetian forces.

The Police State of Venice

The Police State of Venice is a large empire, with considerable holdings despite near constant civil unrest on the majority of the outlying worlds. Due to the constant state of rebellion, most of the Military Forces of the police state have a decidedly anti-infantry theme, all of their troops are aimed at taking down large amounts of lightly armed and armored minifigs quickly.

In an ancient and decrepit empire, imploding from luxury and peace, there began a conspiracy. Beginning on the dual planets of Venice, a massive coup occurred. A combination of military forces and criminal groups began seizing control of systems from under the old administration's noses. The strangest thing about the coup, is that despite nearly all of the generals and military structure being assassinated or dissolving, the full power of the military fell uniformly under the control of the conspiracy.

The subsequent wars of conquest to retake the land of the previous empire took up much of the time of the new government, leaving no time to rebuild the broken planets already conquered. The populous slowly grew more and more dissatisfied, eventually causing widespread revolutions that halted expansion as the army was recalled. Since then expansion has stagnated, focusing more on repressing and controlling their current holdings rather than actively expanding.

In recent years, the Space Mafia of the Sicilian Cluster has taken a larger role in Galactic Politiks, being both the offical underworld of the Third Alliance, and the USA, and holding a coup to take control the nation of Emeria, this expansion and hostile takeover of local gangs has made Venice a very wealthy country, one could say it's primary merchant export is the Mafia.

The Armed Forces is split into 3 sections, with some subsections within.

The Police State of Venice is a military dictatorship, it's power is in it's military. Most of the top governmental positions were gifted to the original members of the conspiracy. While most of the core planets are fairly stable, albeit in a constant state of military production, the outer worlds are in a near constant state of warfare, as the Armed Forces tries to re-capture the population centers while several factions of separatist rebels fight over the country-side.

R. 2013 Under the advisement of the honorable Professor Sharkhead, the Police State of Venice enters into Immortal War as anti-immortal, and later joins the Third Alliance. Later that cycle, The Elodin was created to spearhead a new wave of Titan Class SHIPs.

Heat In the Jungle