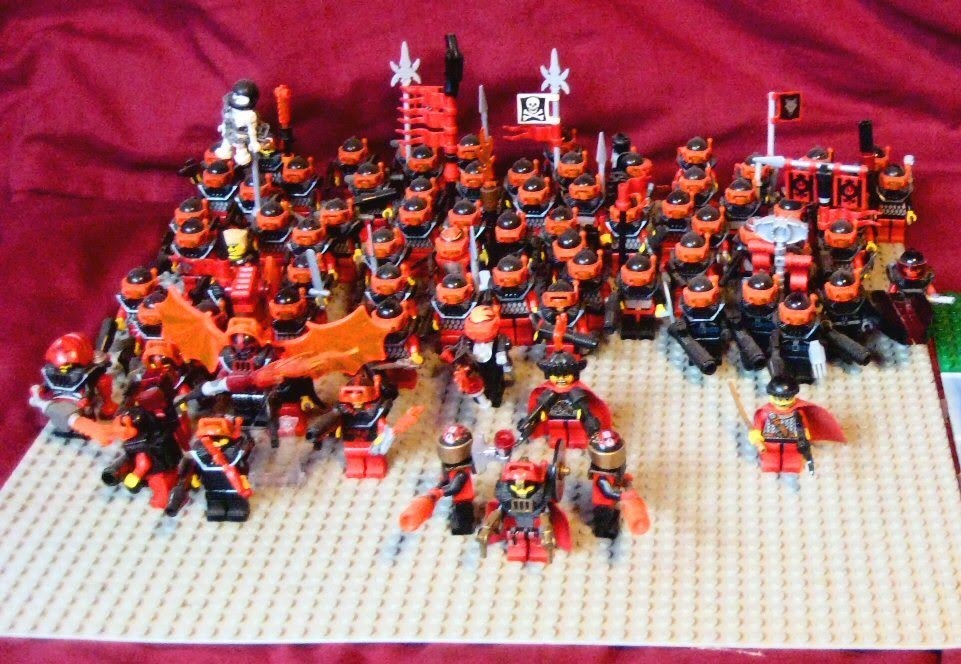 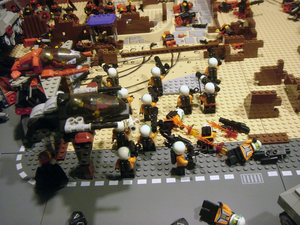 VoL Broadheads shoot into a group of ASE soldiers.

The Vol are a totally ruthless group of raiders, conquerors, colonists and generally bloodthirsty face-wrecking warriors from the regions beyond civilized space. They are a collection of independent raiding groups rather an an organized empire and fight among each other almost as much as they join together to fight orders. Border-space dwellers live in constant fear of these bloodthirsty marauders. The Vol leave no survivors, and occasionally "recruit" some of their victims. They are very adaptive, using technologies from several civilizations (which they, presumably, stole).

It was a cold day on Tau-37 prime, but then, all days were cold ones there. The small frontier settlements were going about their morning routines, and it seemed that it would be another long day of struggling to tame the newly terraformed world. In reality, they were only minutes away from the pages of history. In a matter of hours, the great dark cloud banks had begun to dissipate, revealing the sinister dark shapes descending on the colonies. The settlers first thoughts were of trade, that the massive black shapes in the sky had come to barter and buy crops, minerals, slaves or fuel. These thoughts passed quickly however, as the swarms of landing skiffs laden with heavy troopers touched down. Many colonists stared dumbly, clearly in shock. Some ran to arm themselves or to seek shelter in the underground habitats from which they had emerged only two generations ago. None could fathom the brutality and carnage they were about to witness.

Vol troopers leapt from the skiffs, cutting down civilians with a veritable hurricane of heavy-caliber lead. Howling like demonic wolves, the invaders slowly overwhelmed the last pockets of resistance, gunning down or slicing up anything that moved, with the exception of the prettiest women, who were rounded up and put under guard, and the youngest children, who were loaded onto skiffs and delivered up to the great black ships. The party which followed lasted four weeks, with entire settlements being burnt to the ground, or otherwise completely destroyed.

When the survivors emerged from the underground vaults some weeks after everything had gone quiet, they found the abused and wrecked remains of their homes and towns, and the few women who had been left broken and soulless, to die of starvation. the food stores as well as anything with alcohol in it was gone, and most of the buildings were rendered useless by the drunken revelry which had occurred. The missing women and children were never heard from again. The first recorded Vol attack had happened.

In the centuries following, many more worlds were plagued with intermittent but truly brutal attacks at the hands of the Vol, some were reported by survivors who had managed to lock themselves in impenetrable bunkers, but the majority simply went silent, with evidence of the Vol found at the scenes by search and rescue teams.

The Vol pass on their history primarily in spoken or sung sagas. while this tends to make the legends somewhat larger-than-life, it also makes them somewhat more grandiose. A prime example of the Vol bardic tradition is the Leonidus saga, which actually deals with a living person, and as such is always being added to and expanded upon.

Technologically, the vol are constantly testing new and exciting weapons, vehicles, and methods of destruction. There are rumors that the Vol have been experimenting with Cybernetics, Hard-suit technology, and stealth techniques, and whispers circulate about some kind of vengeful wraiths who serve the Vol, making deadly surgical strikes, eliminating all witnesses then disappearing into thin air.

Vol tactics favour overwhelming firepower as well as solid defenses, usually at the expense of speed and maneuverability, although exceptions to this rule exist. They have been known, however, to frequently abandon important objectives in favour of wanton destruction, and "blowing shit up" seems to be a primary standing order. In any case, the Vol are a ruthless and daunting foe to have, and a courageous and brutal ally. Beware however, as the Vol often forsake objectives in favor of more exciting and/or deadly antics.

The infantry consists of the standard VoL heavy troopers, the brutal Vol Berserkers, VoL Snipers and the mystical VoL Einherjar. 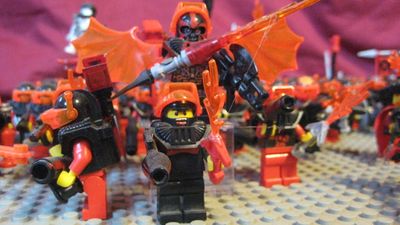 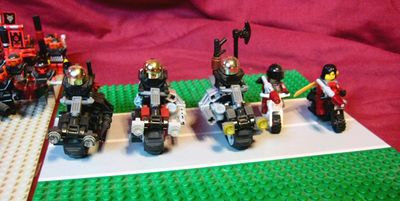 Sources indicate that each capital ship carries it's own king, although this is hard to verify.

The social order is entirely decided by martial skill, with the warrior caste at the top of the social order. Vol have also been seen to value individuality as well as blood-ties very highly and death in battle seems to be the highest achievement a Vol soldier can obtain.

The VoL joined the Immortal Alliance, enticed by the prospect of pillage and murder.

A number of VoL took a part in the Prussian-Monarchial Conflict, but were unable to achieve much.