And lands a ways from the Deathmobile.

RedRover: Well, hopefully I still have my wallet.
But he only manages to pull out his camera. (Crit-fail) 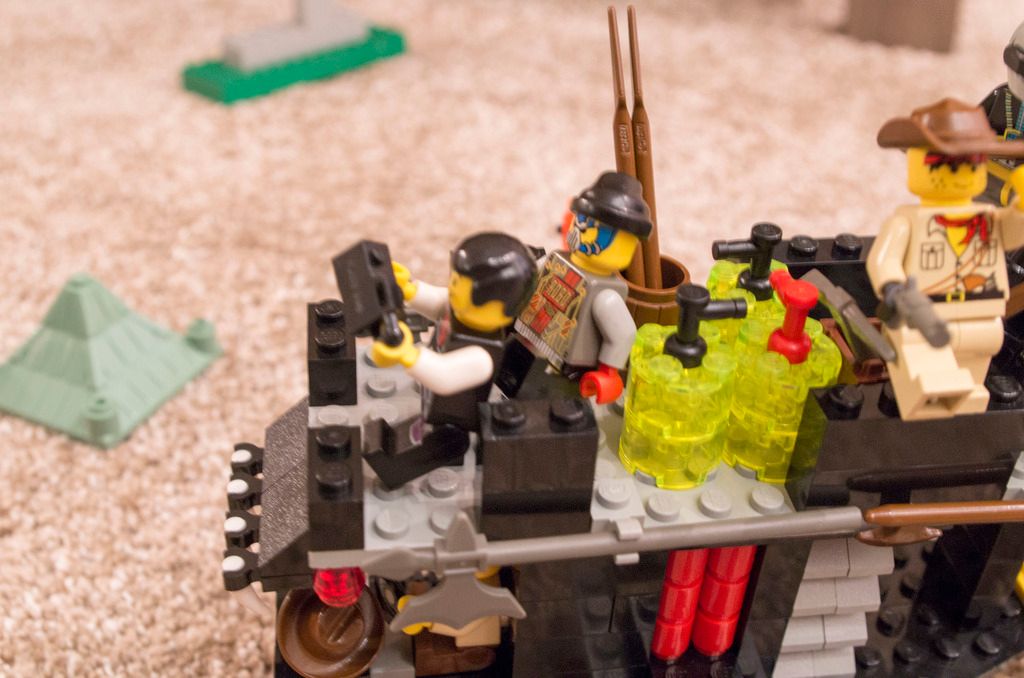 RedRover: Time for a selfie! Damn this rough road making my picture blurry.
Bragallot: You should have grabbed Duerer! He doesn't have anything to burn right now. (Brag loses his turn)

Ken executes a tight turn. Somehow, nobody falls off.

I guess the left turn signal was correct all along.

Colonel Wither: Stay on their tail!

The Castle Car takes out a tire.

The Mace Ghost prepares to board.

Mace Ghost: Join me. In the land of the dead.

The last Pale Rider takes a shot at the cops, but misses.

The Blue Spirit that took a tumble gets on the car.

The Blue Spirit misses his attack.
Zahru: You'll have to do better than that!

The others miss theirs too.
Zahru: Geez, can none of you undead freaks hit anything?

Spiritmancer: I can.
Zahru is shot.

He is down. (He can be revived still)

Colonel Wither pulls out his phone.
Wither: Hey you maggot. I got a job for you.

Wither: Kill these fuckbois, and you will be paid.

The cops gun down the Pale Rider.

Another one guns down the ghost. (How?)
Cop: Land of the dead, eh? I think I'll pass.

Send in Orders for Turn 6!

If I get to live again, shoot back at the spiritmancer.

With no one in sight for the flamer, I might as well provide first aid and try to revive Zahru.

I capture colonel withers with the bone sheriff's crane and I also keep driving forward to keep up with the deathmobile.
I make apocalypses and apocalypse accessories.

This whole thing reminds me of Gorkamorka, which was AWESOME!

I'm gonna rev up my tires and try to make a small fire to deter any of our pursuers as I keep crusing ahead, making a right after passing the wall (same as the professionally-drawn arrow from last turn's orders).

I keep fighting the blue guys.

What weapons do I have?

I'd like to move towars the main groupd whilst staying out of range of the main fight.
Phalek empire, S.P.A., Belgïe, My claim to not being a shitbuilder.

What weapons do I have?

I PMed you what weapons you have, but for reference you have a sniper rifle and a dynamite catapult.