Duerer's Forces of Bavaria and Kraków

Duerer's Forces of Bavaria and Kraków

Some time ago, I've been able to build some tiny squads for Third/Magicians Alliance factions. Nothing big, but that's what I have atm.

Here we have Vanderheim, accompanied by two Schüler of the Universität für Magie und okkulte Rituale. The letter ones are already able to focus their magic abilities, in order to deliver additional fire support or to be sacrificed for summoning an Avatar of Brikthulu.

The Bayrische Aufklärungsschwadron has less armor, compared to standard Bavarian troopers, but are true experts in survival, laying traps and detecting them. There main job is to spot weak spots in enemy defences and to mark targets for artillery strikes.

The Wz. 14 anti tank cannon is one of the most reliable weapons the Krakow Union has to offer, since it has been a pain in the ass of tank commanders for a long time. Alternatively, this gun may also shoot acid grenades to deal way faster with infantry hordes.
Last edited by Duerer on Tue Sep 29, 2015 9:41 am, edited 1 time in total.

The cannon and the custom smg are real pretty. I would probably replace the 1x1 cylinder with a 1x2 technic one.

Zahru II wrote:The cannon and the custom smg are real pretty. I would probably replace the 1x1 cylinder with a 1x2 technic one.

That piece has been taken from that scout walker, so it already has a technic end. The SMG design is by newcowboy, BTW.

Yup, hence the suggestion to change from this: 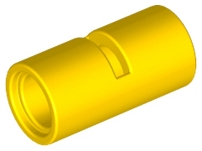 Apart from aesthetic choice, the system cylinder has a slightly smaller inner diameter, which could damage the pin end of the rod piece over time.

I like the steam punk victorian feel, but the field gun needs to be cleaned up a bit, clean it up and it'll be great, man.
"Psychiatrists are just not smart enough to be psychics."
Top

Nicely done. Do you have a giant spider for Vanderheim to transform into?
This sig is too fucking large: show anyway

HonoreBalzac wrote:I like the steam punk victorian feel, but the field gun needs to be cleaned up a bit, clean it up and it'll be great, man.

What do you mean by clean it up? Do you want him to wash itor something?

Not that one from Dream of Revenge, but I have some Visoraks available. Do you think, they are good substitutes?

Yup
This sig is too fucking large: show anyway

The Wz. 14 almost looks like a kart because of those wheels. A Death Kart.

He has Octan mechanic magicians, win.
"Psychiatrists are just not smart enough to be psychics."
Top

Polski Fiat 234 - Field Car
While the Confederation dropped this field car, in favor for the better armoured Żaba, the Krakow Union still relies on the Polski Fiat 234, being faster and much easier to produce. It is specifically used to scout the area and to spot possible targets for artillery strikes.

Geier (Vulture)- Fighter-Bomber
This new kind of Bavarian fighter has been spotted recently harrassing Confederate border patrols. Protected by thick armor plating and armed with heavy laser cannons, the Geier can take on any smaller spacecraft in a dogfight.

Additionally, this thing is armed with four MK. III rockets, to lay any ground target to waste or to inflict severe damage on bigger spaceships.