Background Story: Across the vast reaches of space lies the Archeon System. Around its yellow star orbits the twin planets, Oros and Amayah. Long ago, an alliance (the OAA) was formed between the sovereign states of these two worlds to fight off an extraterrestrial threat. Now they seek to explore the universe, and pioneering this effort is the legendary Space Corp X (SCX). 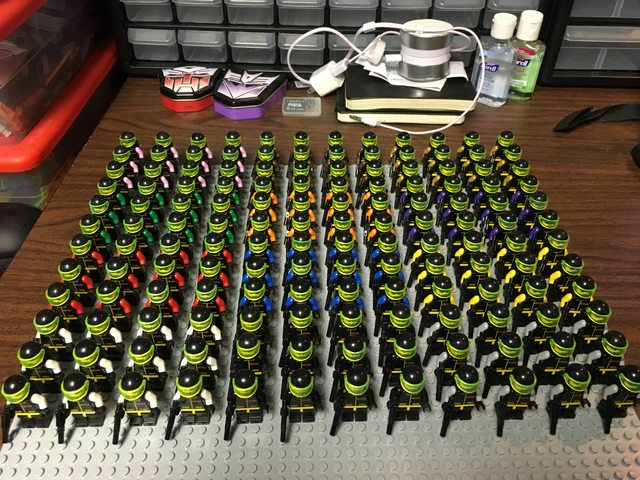 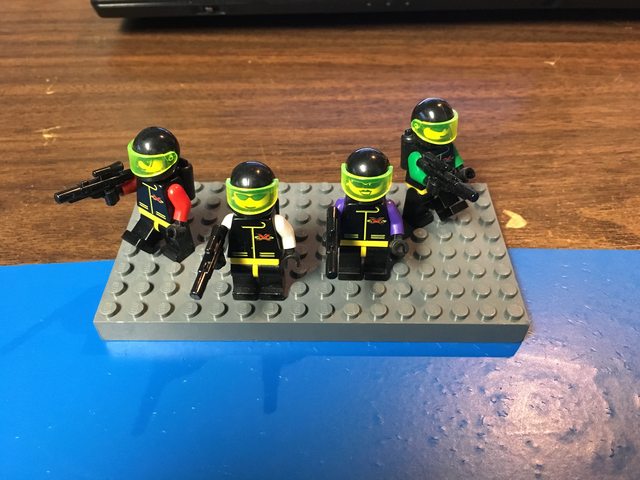 Despite the specialization, each squad also maintains a small force of standard marines. All personnel are equipped with a Sealed Environment Radiation Resistant Extravehicular (SERREV) Jumpsuit w/ Armored Helmet. The helmet is equipped with a radio, atmosphere buttplugs, and NGTC visors for lighting. In addition, personnel who are expected to be engaged in prolonged extravehicular activities are also equipped with Reinforced Breathing Apparatus (RBA's or "airtanks") that are capable of supplying and recycling air for up to a week without charging. For military action, marines are also equipped with standard EP-11 Blaster Rifles.

Wearing these jumpsuits, SCX personnel are 100% resistant to all kinds of radiation, air-and-waterborne poison and toxins, and extreme heat and cold. 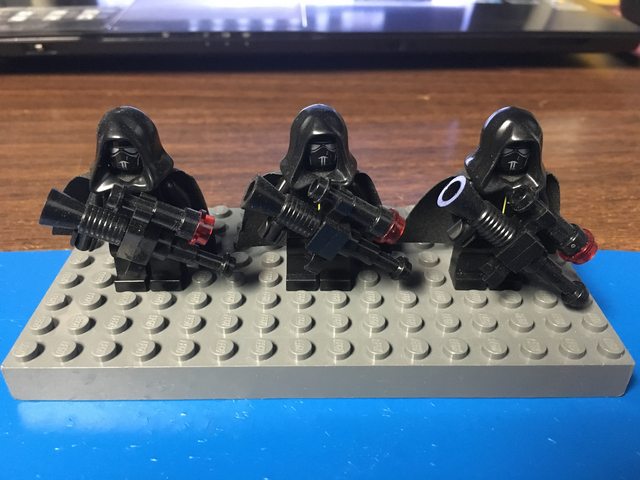 Shadow Squad. These marines are equipped with XE-9 Stealth Cloaks that bend light around them, allowing them to appear invisible. They are also armed with HPEP-24 Sniper Rifles.
Ships:
Space is vast, but energy is limited. Following this logic, the SCX fleet is built out of a number of multi-purpose starships. 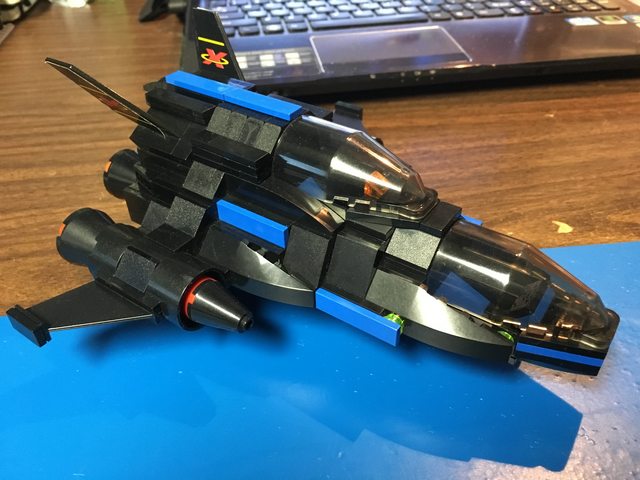 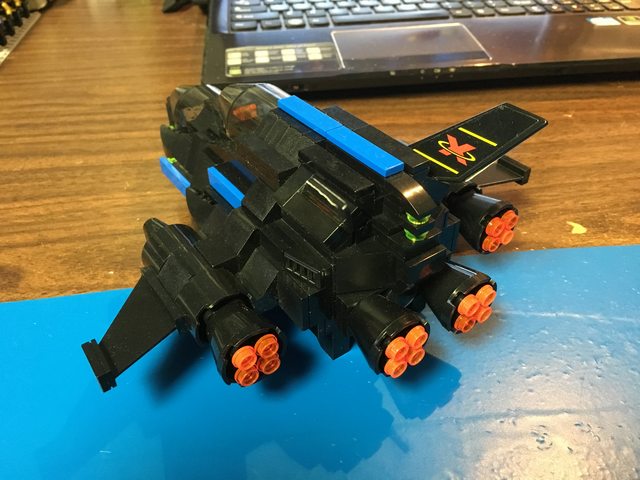 Air/Space All-Purpose (ASAP) Mk. II Fighter, codename "Longsword"
This starfighter, or starbomber as it is unofficially called, is the workhorse of the SCX fleet. It requires a pilot and operations specialist to properly fly. Tough, fast, and rugged, it carries enough firepower to devastate the surface of a small moon. It is equipped with long range sensors and scanners, energy shielding, and a hyper-drive for FTL travel. Its primary weapons consist of 6 NGTC laser cannons, 4 mounted in the front, 2 in the back. Each has a 180 degree firing arc and can be fired in bursts, beams, or single shots depending on the target. Its secondary weapon consists of a belly-mounted torpedo launcher, capable of firing a wide variety of warheads. 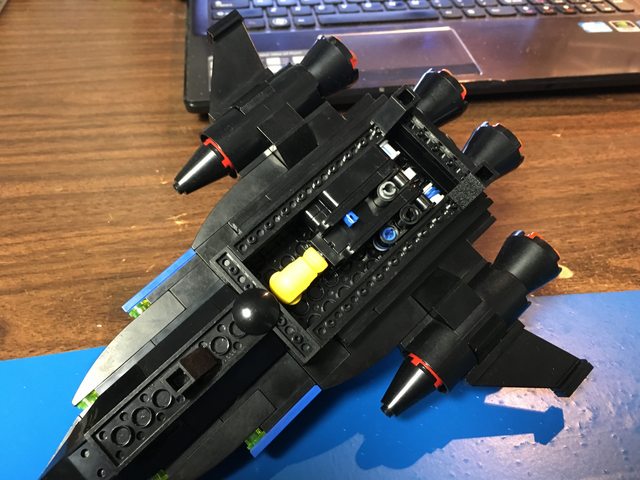 Vehicles:
Following the same logic as with its space fleet, the SCX ground fleet is designed to be efficient and multi-purpose. 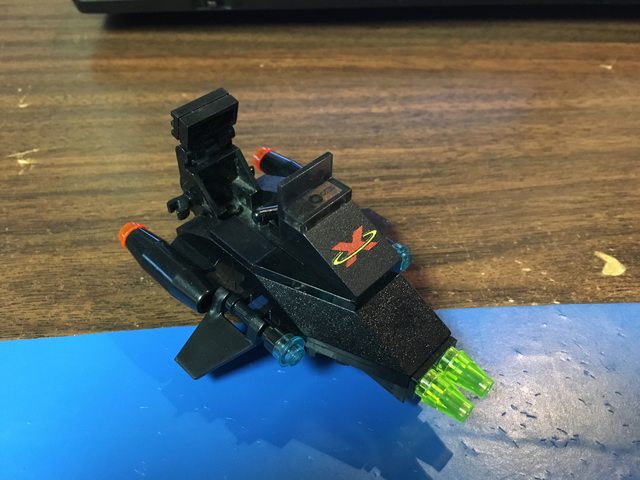 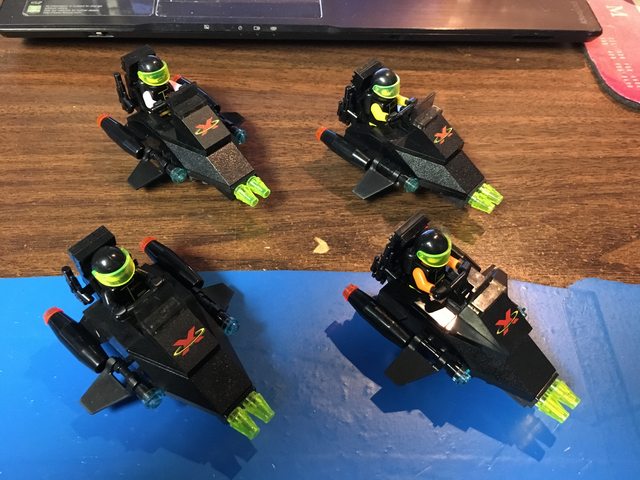 EV-SEAR Hovercraft, codename “Rocket Sled”
Acronym is short for "Extravehicular Swift, Escort, Attack, and Reconnaissance". This single-seated craft is fast and maneuverable. In addition to operating on the ground, it can be deployed in space for short range missions. It is armed with a pair of heavy, forward-firing NGTC laser blasters. 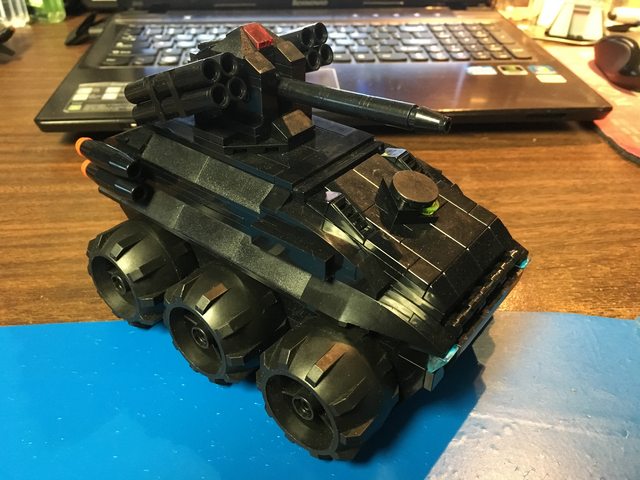 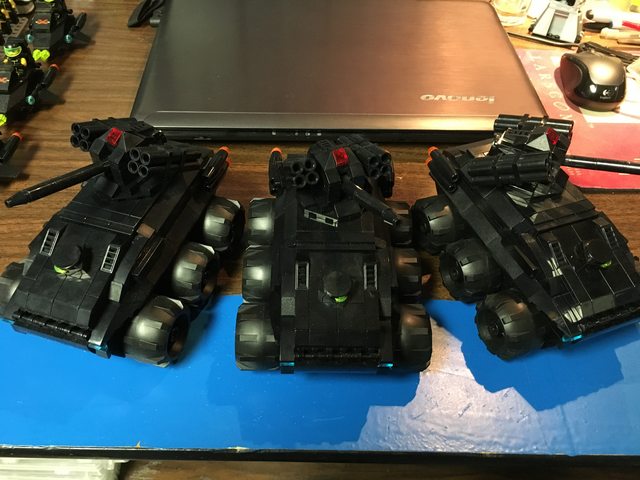 ODC-SETP-APC/MBT-10K, codename “Hybrid”
Acronym(s) short for "Orbital Drop Certified, Sealed Environment, Turbo-Powered Armored Personnel Carrier/Main Battle Tank”. This armored vehicle is heavily armed with a laser cannon, 8x missile tubes, and an anti-personnel NGTC laser projector turret. It is piloted by a driver and a gunner and is capable of comfortably carrying 6 marines, who enter/exit through a hatch on the back. Being a space battle tank, it has wheels instead of treads and rockets equipped in the aft as well as underneath. As such, it is capable of extreme boosts in speed, jumping or "popping", leapfrogging over obstacles, and orbital drops. 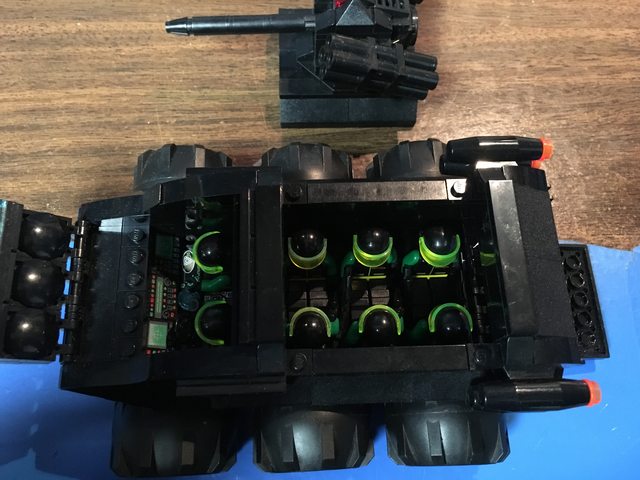 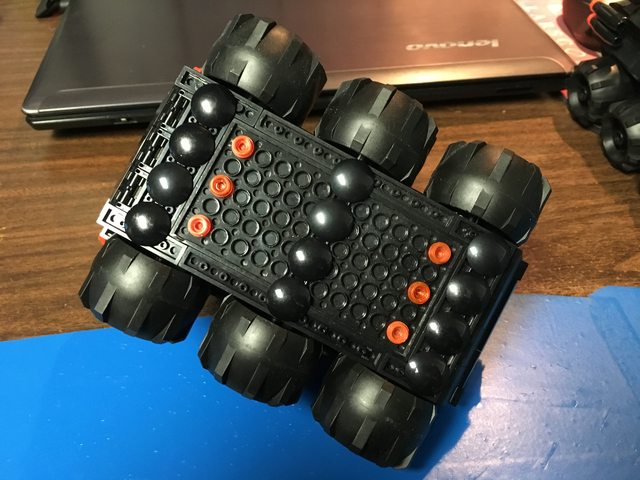 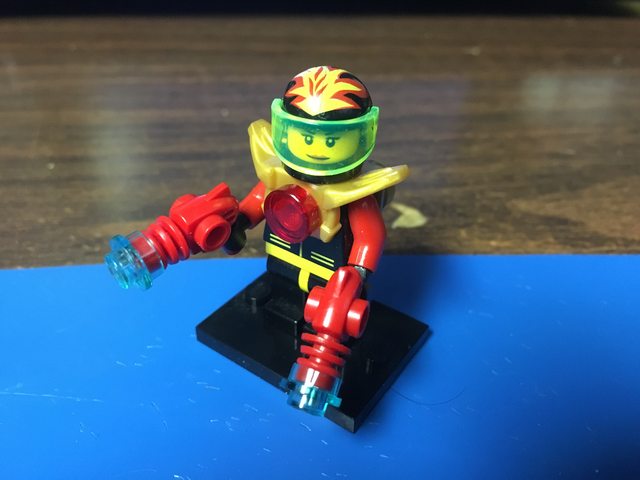 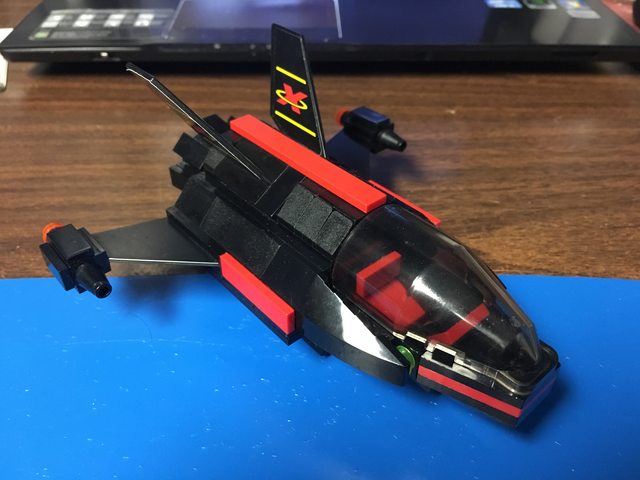 Ensign Melissa Conroy, nickname "Connie", call-sign "Firecracker"
Red Squad's Ace Pilot, she pilots her personalized ASAP Mk. I "Dagger" Fighter. She has a fiery personality and was a notorious renegade and smuggler before her life was saved and she joined the SCX as thanks. In combat, she is armed with a pair of Crimson Red Zap Cannons that she has so lovingly named "Shock" and "Awe". Being an established pilot and fierce warrior, she is protected by the Red-Eyed Golden Dragon Wing Shield, which provides her with an energy shield in battle.
Coming Up!
More ships, more vehicles, squad specializations, army leaders and heroes.
I've been working on this army for a couple of years, on/off, and I really hope that you guys like it! Thank you for viewing and any feedback that you give me.
Last edited by Lord Terrostar on Sat Jan 30, 2016 2:04 pm, edited 2 times in total.

(Hello all. I am unfamiliar with forum etiquette. If I do something wrong, please inform me in a civil manner.)
Top

(Hello all. I am unfamiliar with forum etiquette. If I do something wrong, please inform me in a civil manner.)
Top

This is nice stuff ya got here!

Diggin' the classic feel to the troops. The Hybrid is so badass, especially since you've got a nice armored division of them.

xtreme team was rad, I like these guys a lot. Probably the APC best.

motorhead fan
I want to climb on to thevengefulone, stick my tongue into his ear and ride him all the way to satan.
Posts: 1654
Joined: Sat Jul 20, 2013 9:17 am
Location: Rolled up in a ball in a corner, quietly vomiting.

When I opened the first spoiler, I was so surprised I made a small noise like "Meeerh"
That is how cool I find the infantry.
The vehicles also look very good, but I prefer the infantry.
Phalek empire, S.P.A., Belgïe, My claim to not being a shitbuilder.

The army looks really good, and I particularly like the infantry, they look really nice.
The real Piltogg was the friends we made along the way.
Top

Those IFV's man, those IFVs. They are made of pure win. just avesome. Also a very consistent aesthetic. Great stuff.
I couldn't come up with anything smart, original or funny, so <=THIS=> is what you get.
ENJOY IT!!!
Top The vehicles are badass!

That's quite a lot minifigs you have there...
"Friends are like trees. If you hit them with an axe, they die."
Top

You have a great army so far. The Hybrid has a nice rough and tumble look to it. My only suggestion would be to get some more varied weaponry for the infantry. I look forward to more.

Zupponn wrote:My only suggestion would be to get some more varied weaponry for the infantry.

Guess he will, the squads are supposed to be of diferent specialities.
"Friends are like trees. If you hit them with an axe, they die."
Top
Post Reply
25 posts