Defend Women and Children From the Undead Menace

Defend Women and Children From the Undead Menace

Well, the scene is an old factory... currently being used by a group of figs on the run from brain eating zombies. The objective of the surviving miniigs (and I think it was 7 or 8 players controlling them) was to defend the women and children and hopefully start a new future. 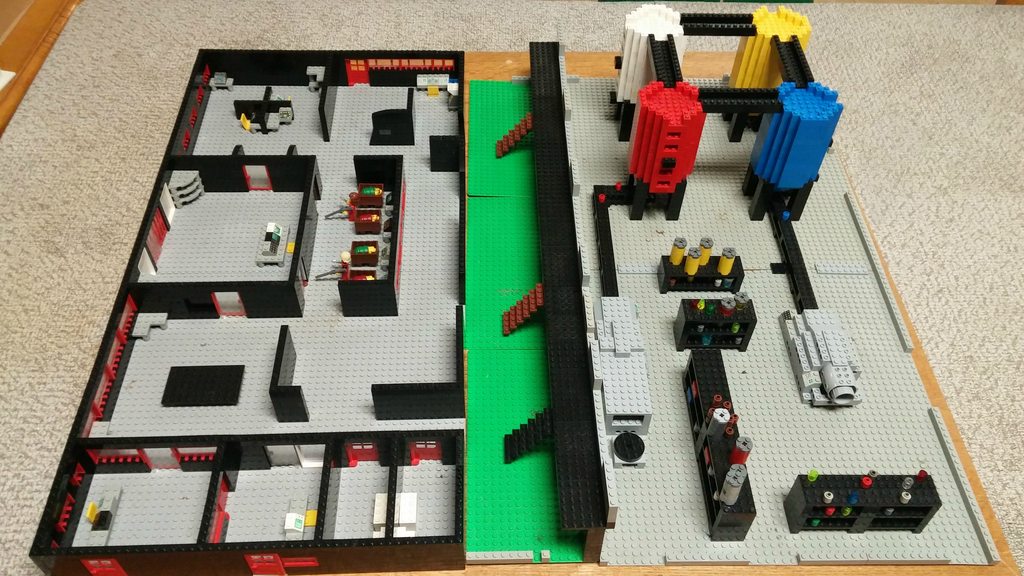 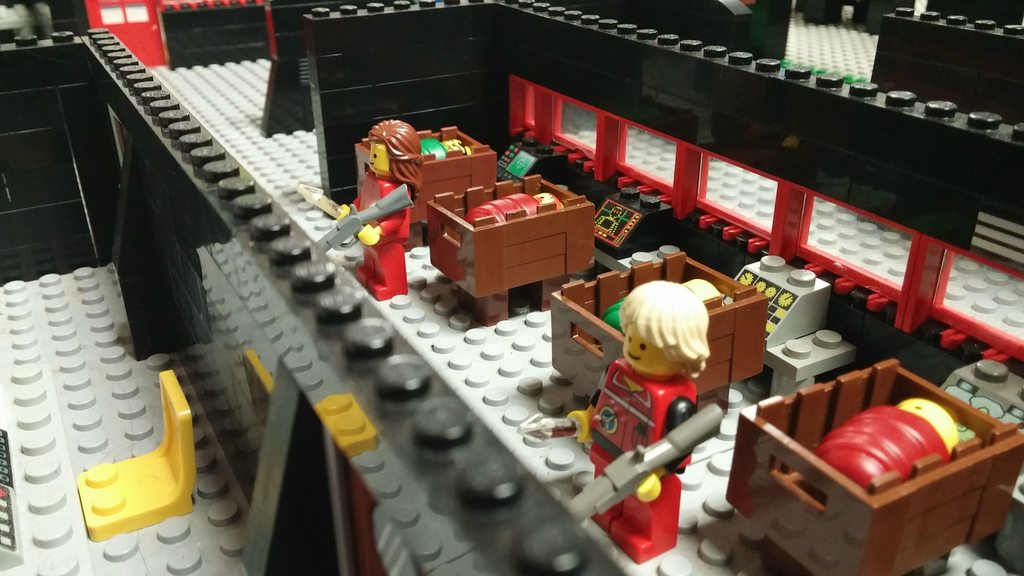 The women and children. Yes the women are armed but they're only NPC's that shoot at anything attacking the babies directly. So almost useless. 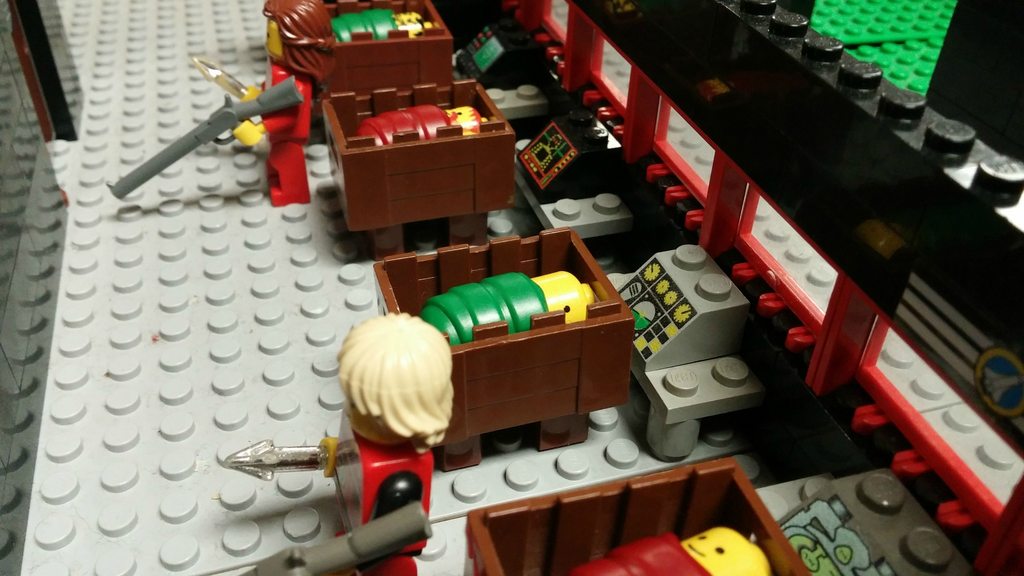 The babies names, for those who are interested, are: Jim-Bob (the red bearded baby) and the other three were all named Frank. 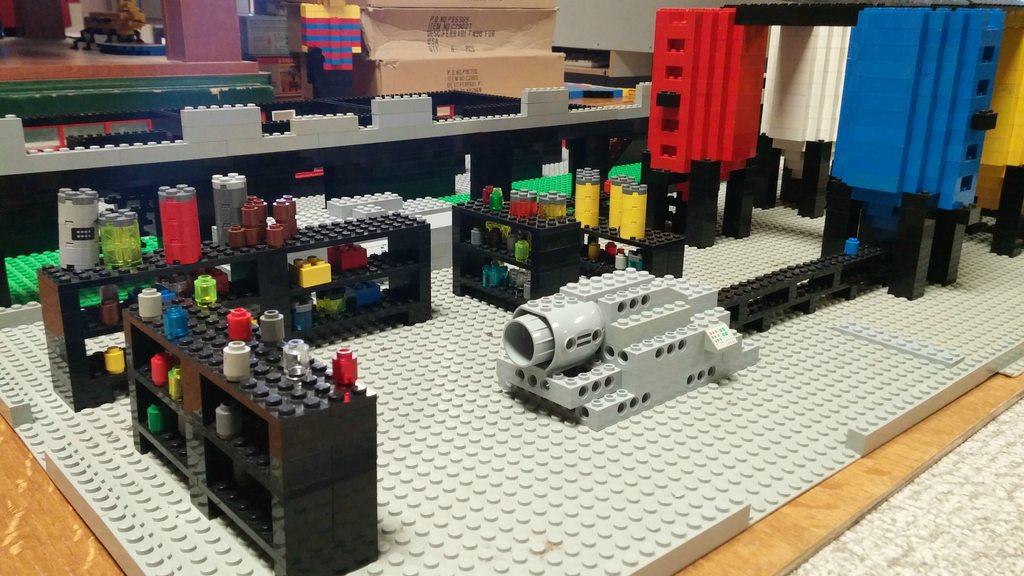 This is a shot of the production floor. Hoppers or something? Conveyor belts and shelves with various thingamajigs. 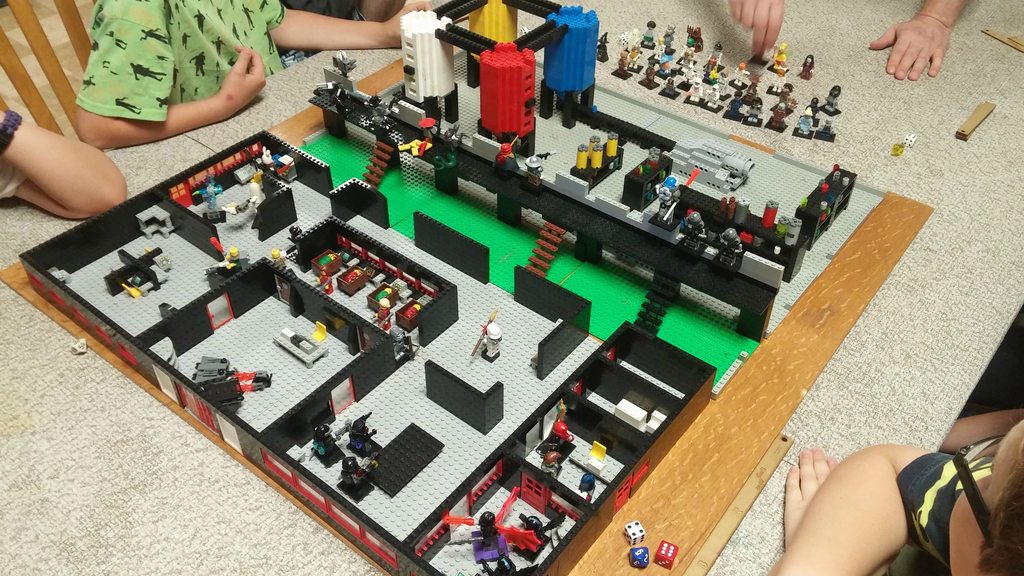 Everyone, including me, started inside the factory. Not a lot of room to move around. Yeah, nice tight confined quarters.... So awesome. 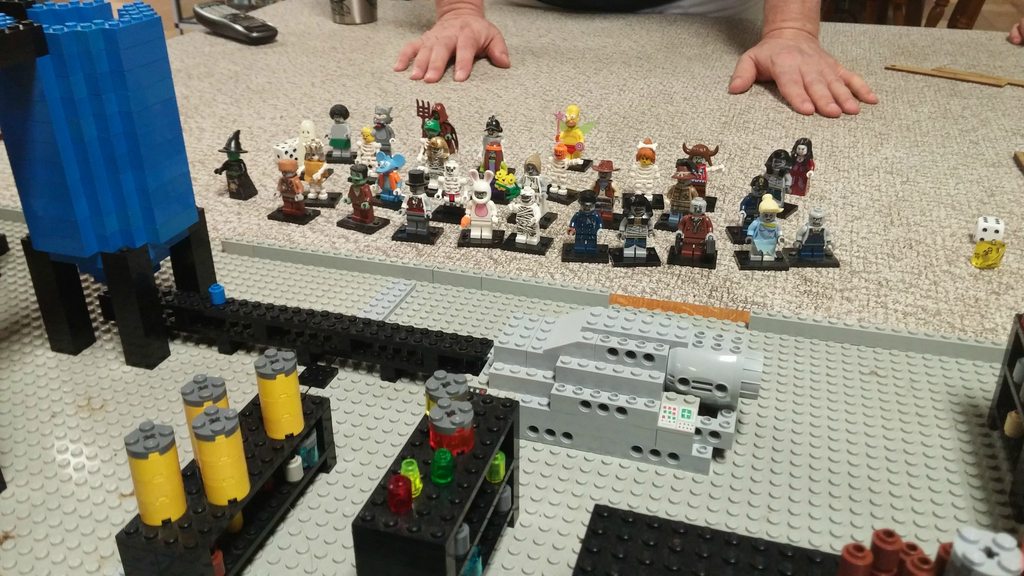 The horde of zombies with 3 necromancers, a main hero style one, two lesser ones and 27 zombies. We made it almost impossible to kill a zombie. Only on a natural six would you get a headshot or exceed 12 damage. Not to mention they could resurrect any dead figs within one turn of dying. 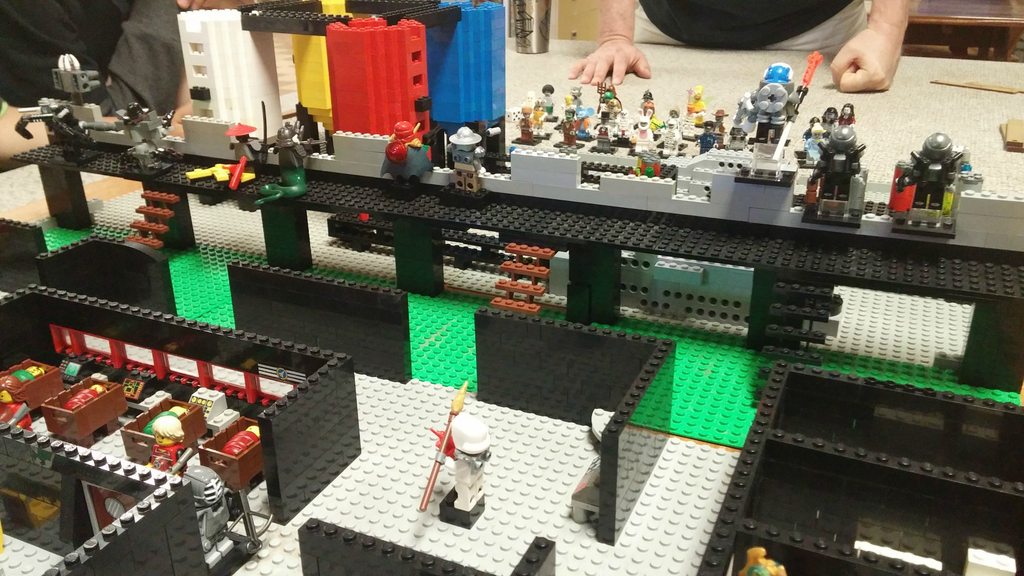 Everyone scrambled for defensive positions in the opening moves. 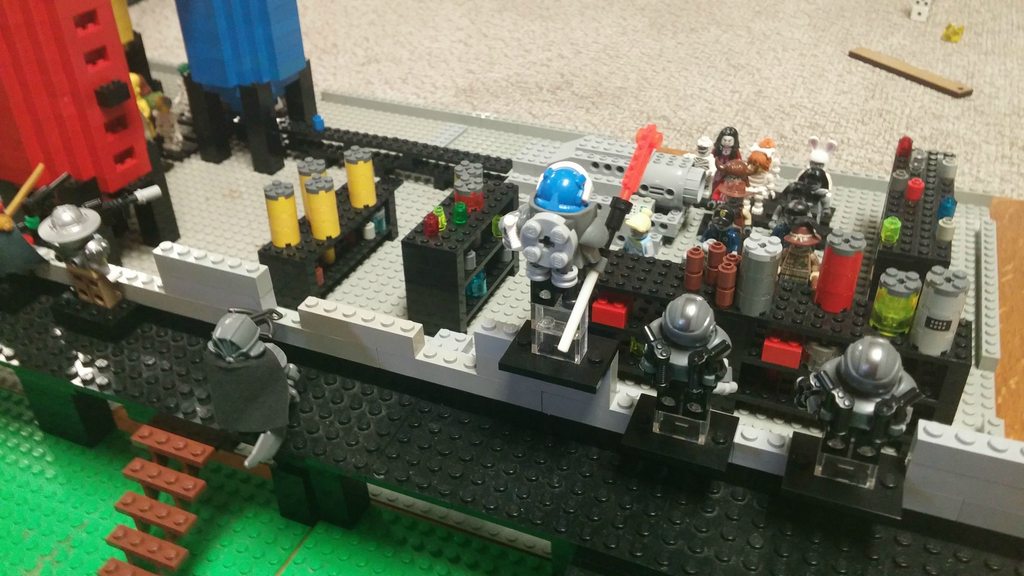 The zombies breached the building, quite easily actually. 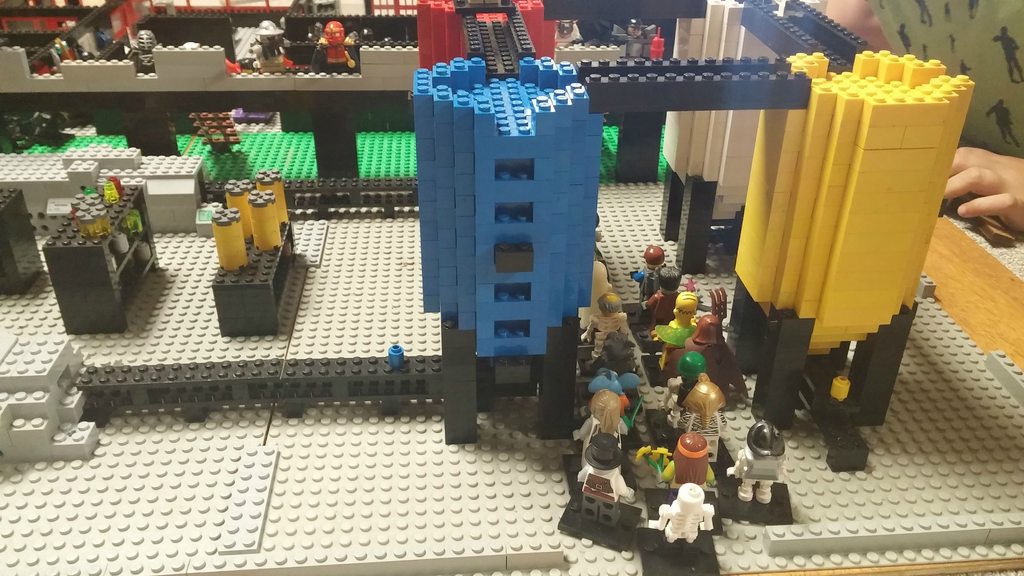 They split off into two groups through the production floor. 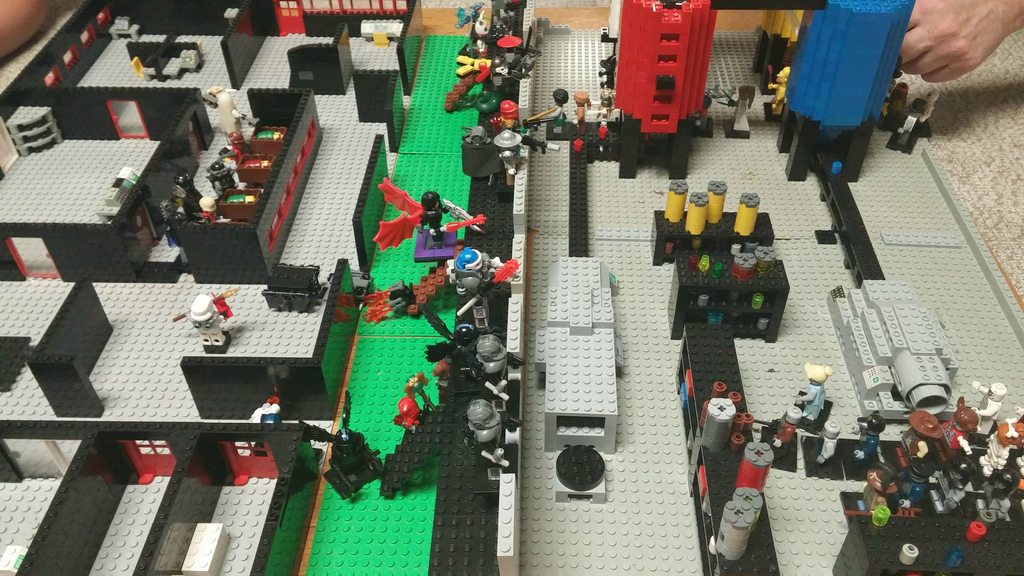 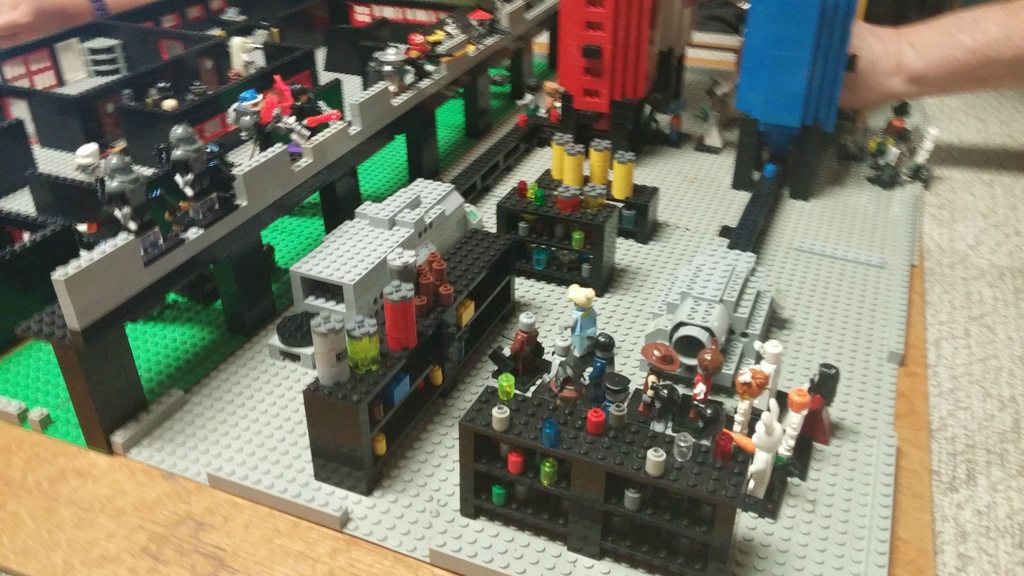 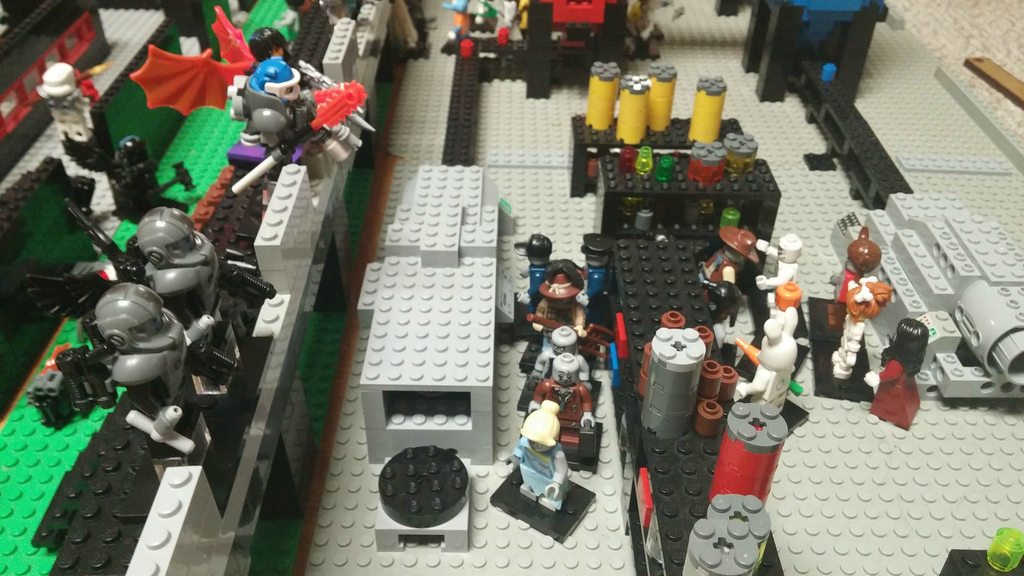 My hero with the OT wings combines fire time and time again into the horde as they advance forward so very hungry for the delicious babies. 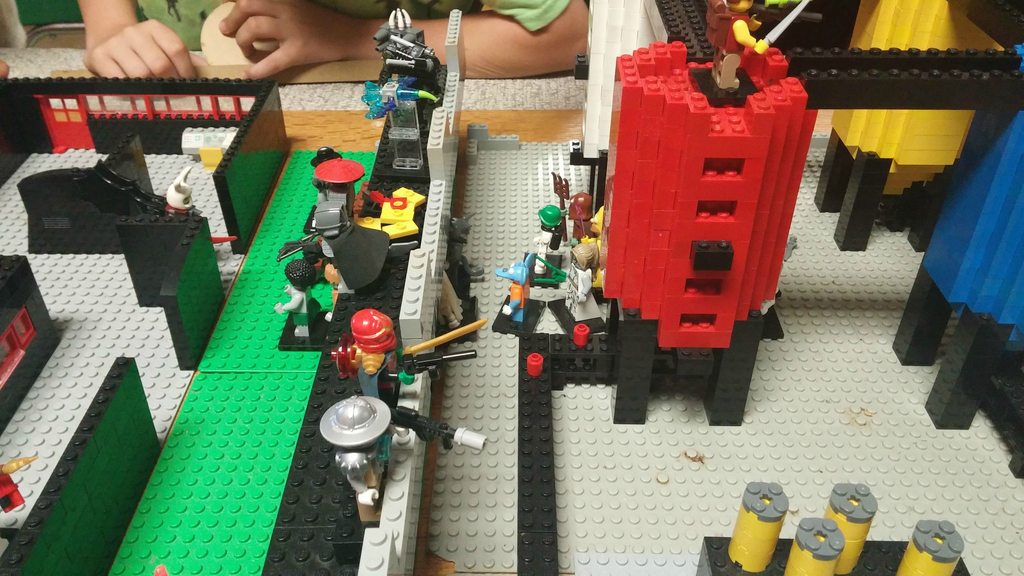 On this side things aren't going much better, in fact probably worse since one dude fell off the hopper and was consumed by the horde. 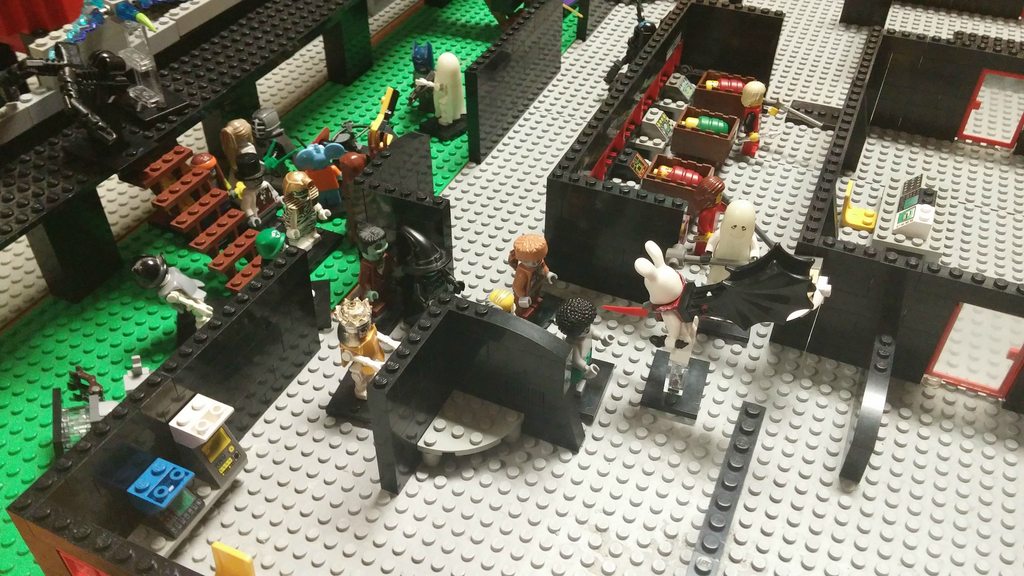 Down to the nitty gritty this Winged Bunny Hero did his best to take on some zombies but eventually succumb to their relentlessness. 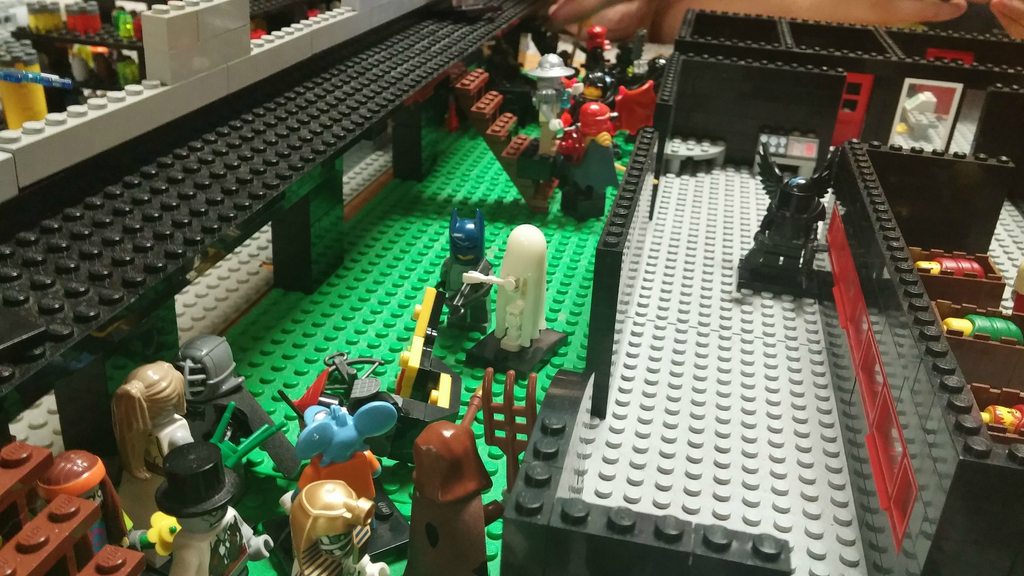 The zombies are getting really close to the women and the babies... NOT THE BABIES!! Everyone tries to rally but the zombies are waaaayyyy too OP! 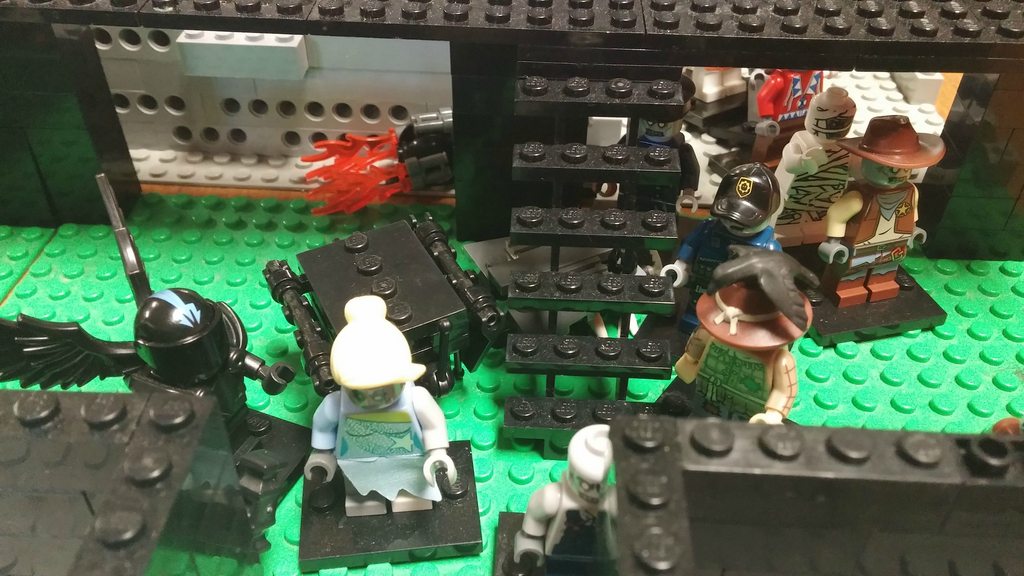 We probably tried to kill that stupid ice skating zombie ten times and to no avail. 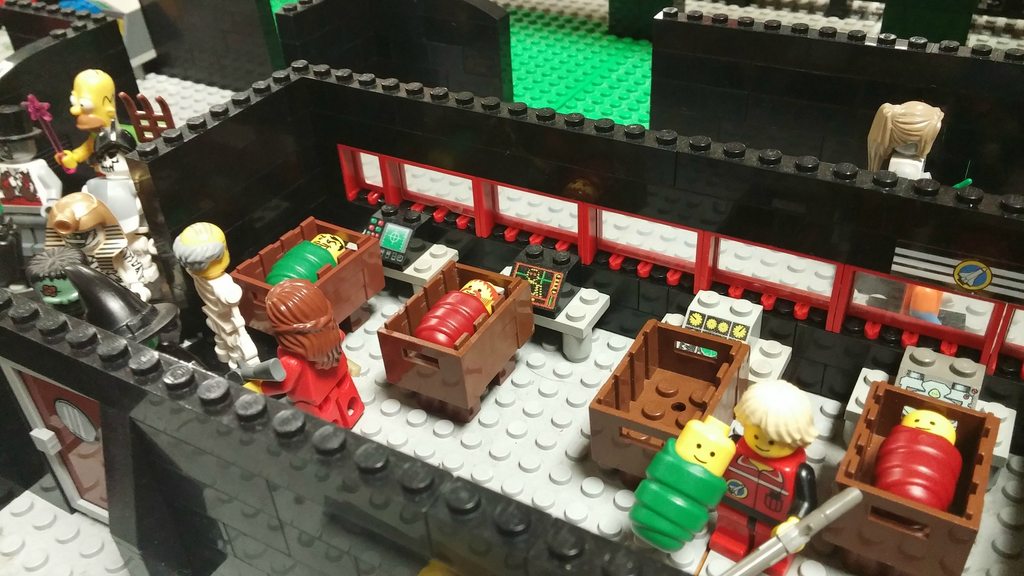 Grandpa zombie munches the first baby!!!! One of the mom's grabs a baby and makes a break for the door. 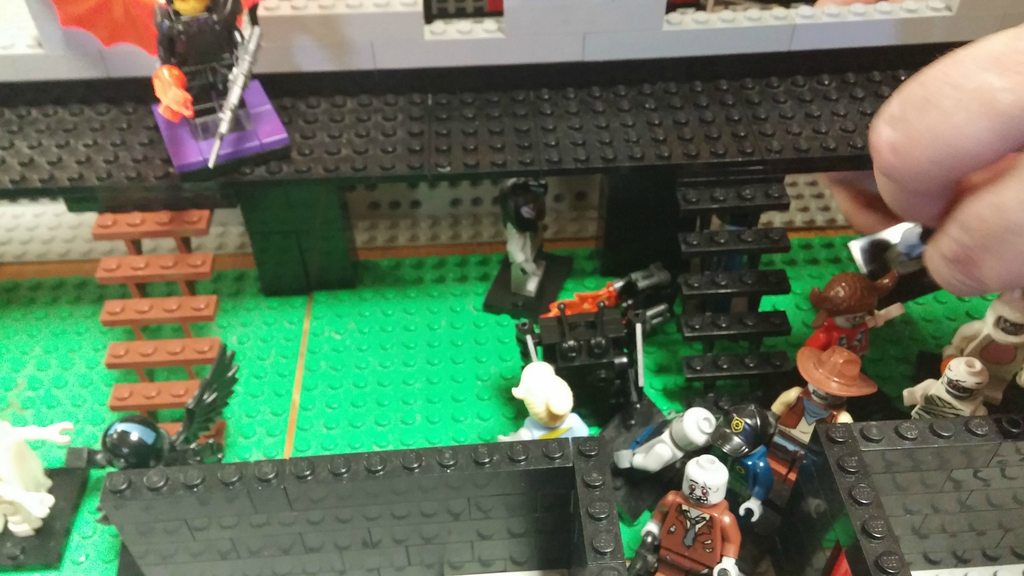 This picture is useless but here it is anyway. 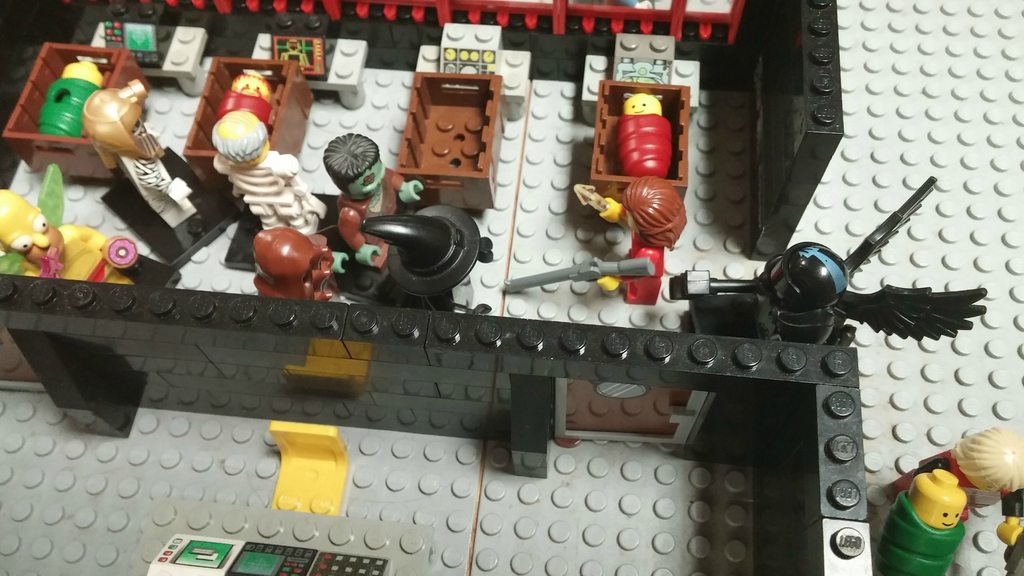 That dude in black with the black wings runs in (he can't fly cuz its indoors) and tries to save the probably now single mother. He succeeds in nothing. 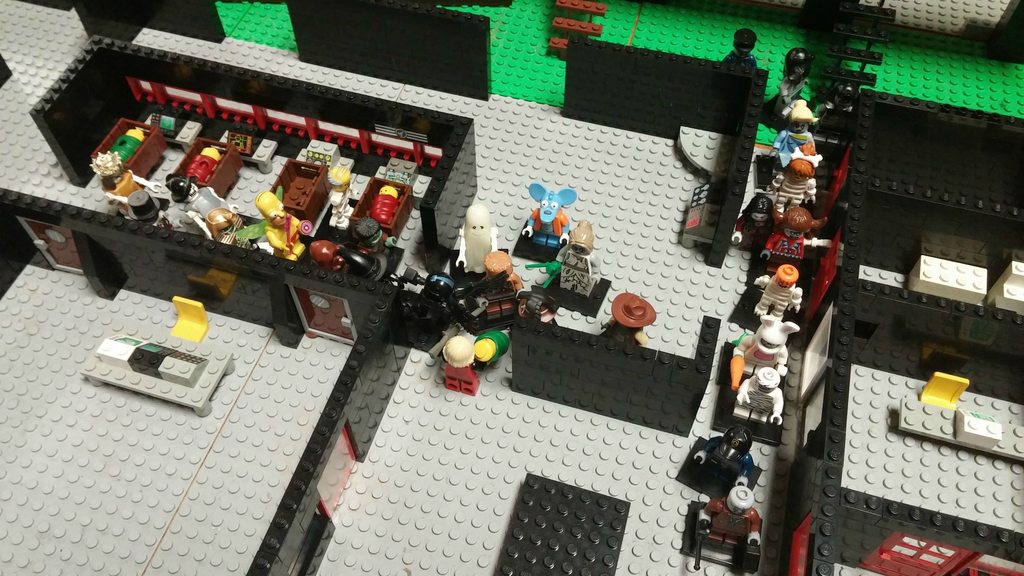 This is the part where the zombies eventually catch up and eat both the mothers, the poor baby falls to the ground, but still alive... oop, nope a zombie ate him and another one kills the winged guy of mine. 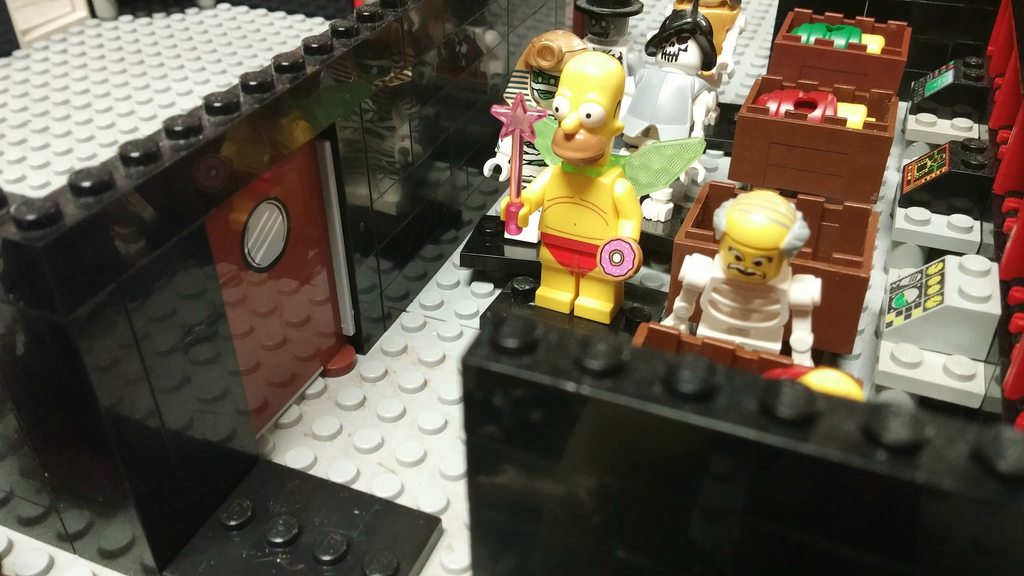 This is the main evil Necromancer known as "Homey" his speedo was very distracting. Good shot of grampa zombie too. 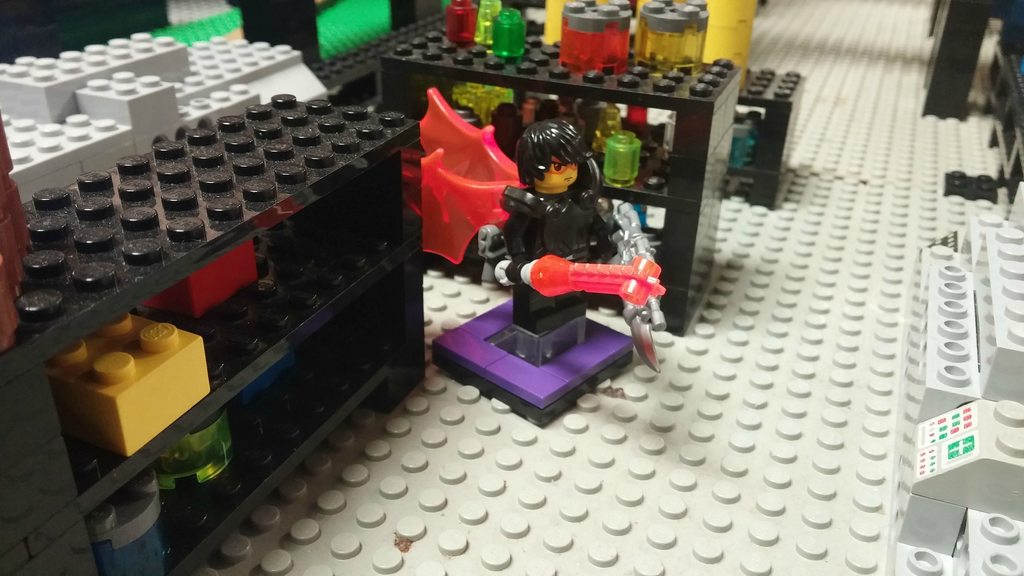 This is my hero, the sole survivor from my team. He survived because he said "fuck it" after the last woman died. So he trudged into the sunset in search of more women to impregnate.
"Hey, you try making love to a complete stranger in a hostile, mutant environment, see how you like it."
Top

The scenario is pretty awesome!

Are babies to grow beards after their birth in the zombie apocalypse?

We got slaughtered, but we enjoyed it.


BFenix wrote:Are babies to grow beards after their birth in the zombie apocalypse?

Probably.
"Hey, you try making love to a complete stranger in a hostile, mutant environment, see how you like it."
Top

I liked the battlefield best.

Let's front page the crap out of this.
Mothership - Tabletop Combat: If you like Brikwars you'll love Mothership.