-The following is an interview with an unnnamed Scythian officer-


AN Representative: So Officer [̸EX͡ṔU͟NGED͞], what can you tell me about your most recent battle with the Immortal Alliance? What did you see? Take your time.

The officer sighed and shook his head.

Scythian Officer: It was like nothing I've ever seen before... 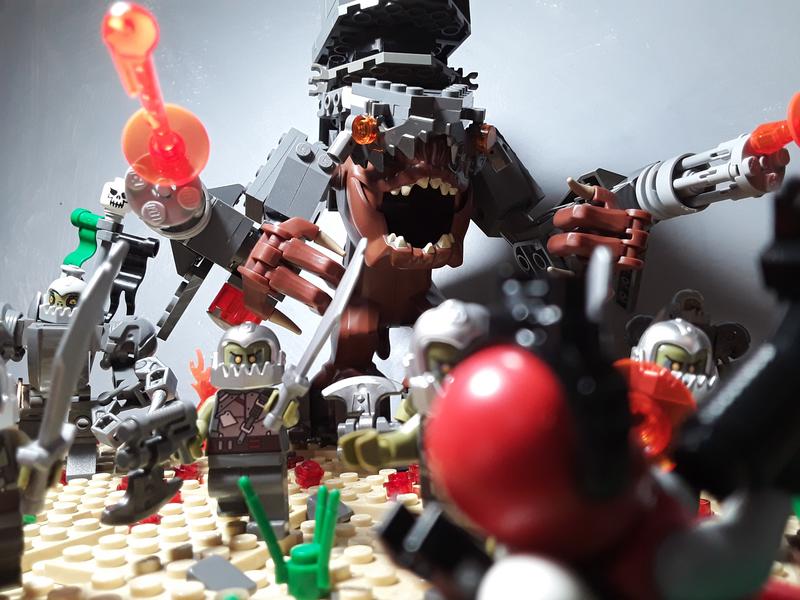 They attacked without warning... just charged straight into us. 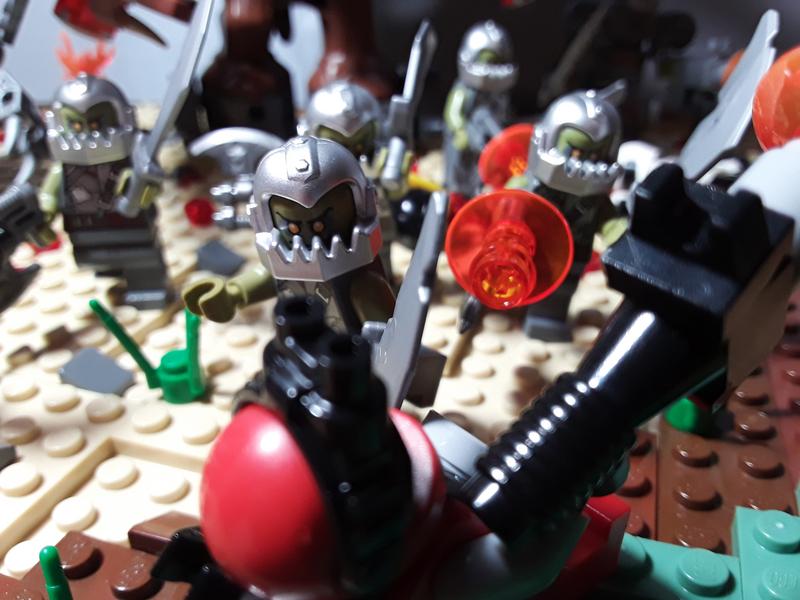 They were absoloutely fuckin' nuts. 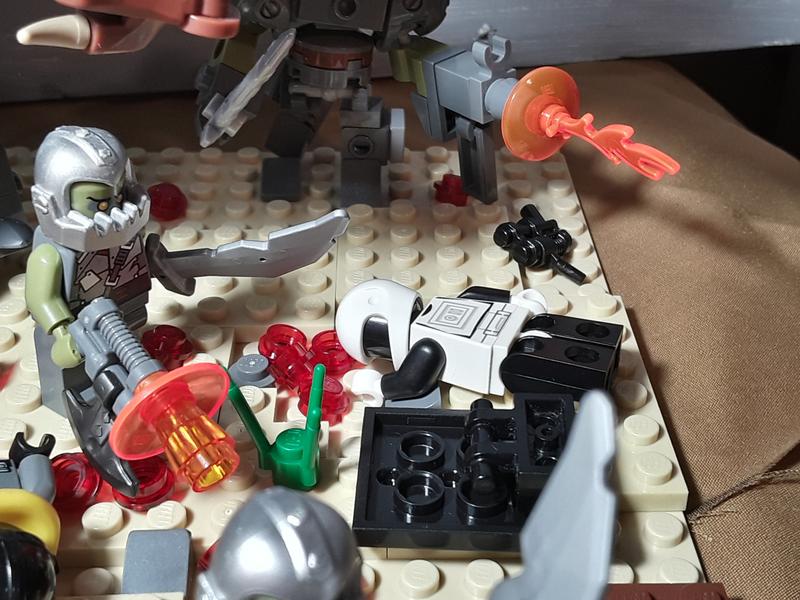 Even the Immortals that we were engaged with were slaughtered. 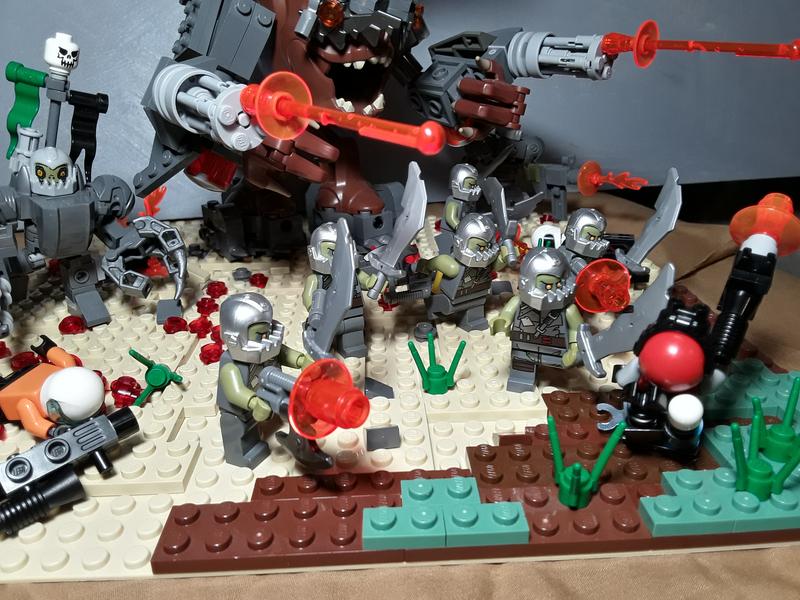 Couldn't even differentiate what was louder; Their gunfire or their warcries.


AN Representative: Do you remember anything they were saying? Anything that could've declared who or what they were? 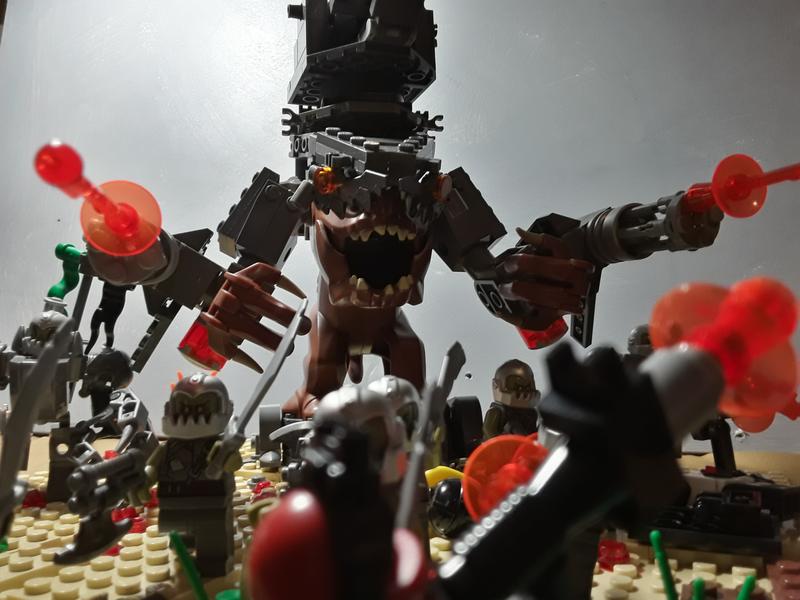 Scythian Officer: Just one word roared over and over...

Holy shit are they awesome!
Minifig legs used as arms on those power-armored dudes look really neat and clever.

I'm sure Warhead would be all over this.
Fantasy battles - Scifi battles

Style: 8/10
This really does feel like a Brootalz attack. Plus that armoured rancor is something to behold.

Substance: 8/10
Again, the rancor. Those hardsuits are also great.

Photography: 6/10
It never really feels like we get a feel for the entire scene. Which would be fine if it extended beyond the camera, but we see the boundaries of the diorama in multiple pictures. There's also no picture of the whole rancor, so I have no idea what's on its back.

Thanks everyone! I didn't want to say anything until now, but this is a legitimate faction I've been working on. Expect more from Da BROOTALZ soon.