Space rocket chopper for the roughest and toughest bad boys of the galaxy! 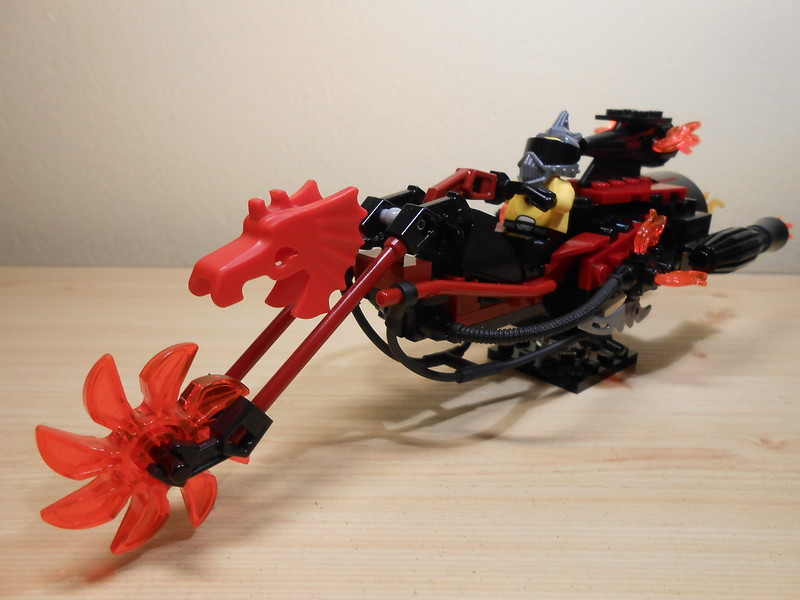 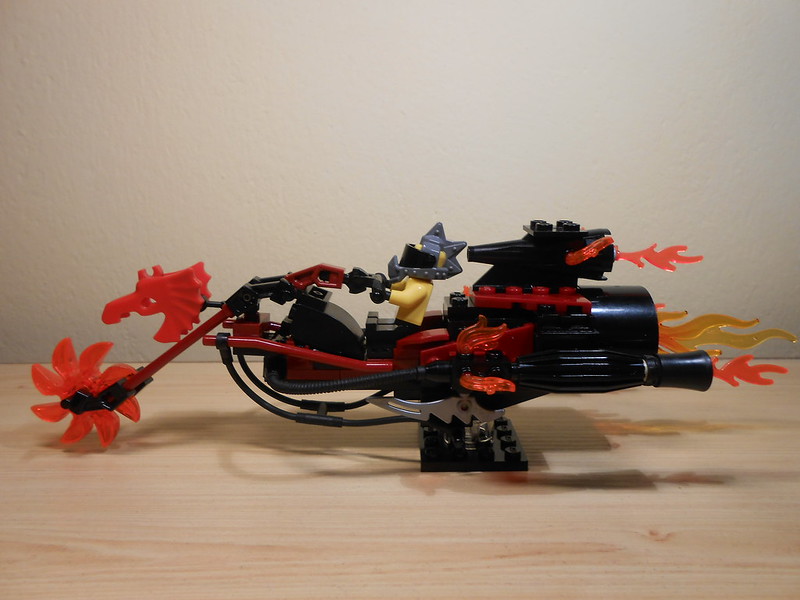 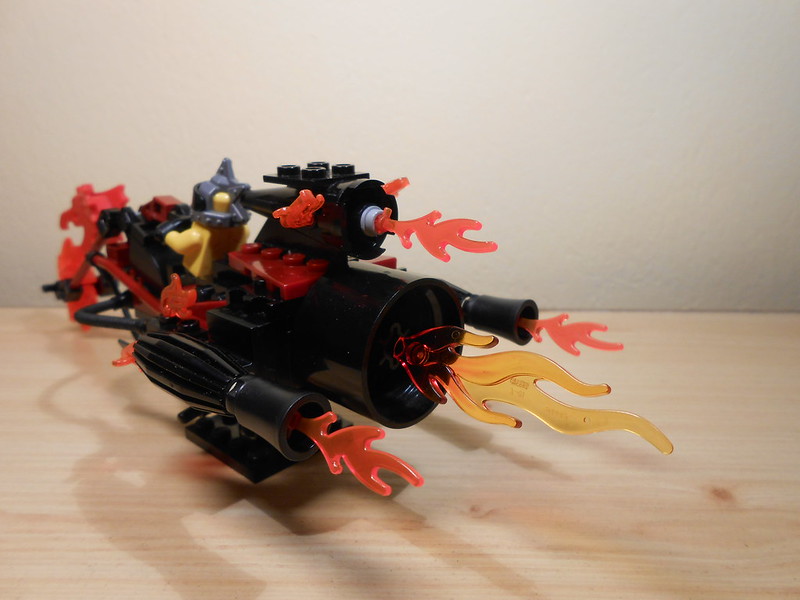 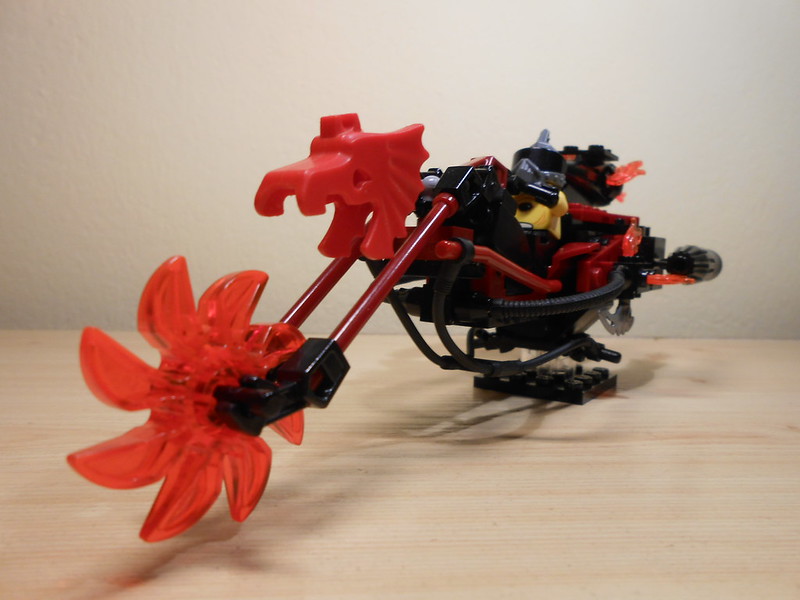 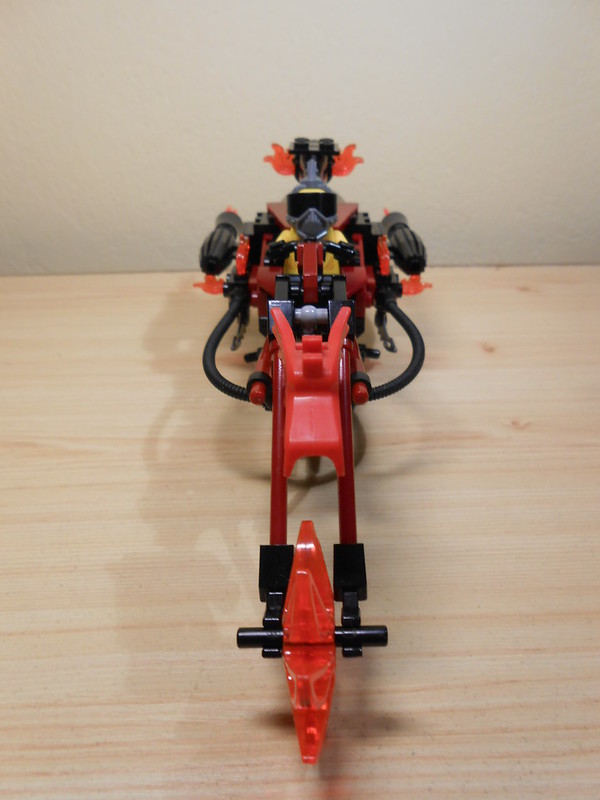 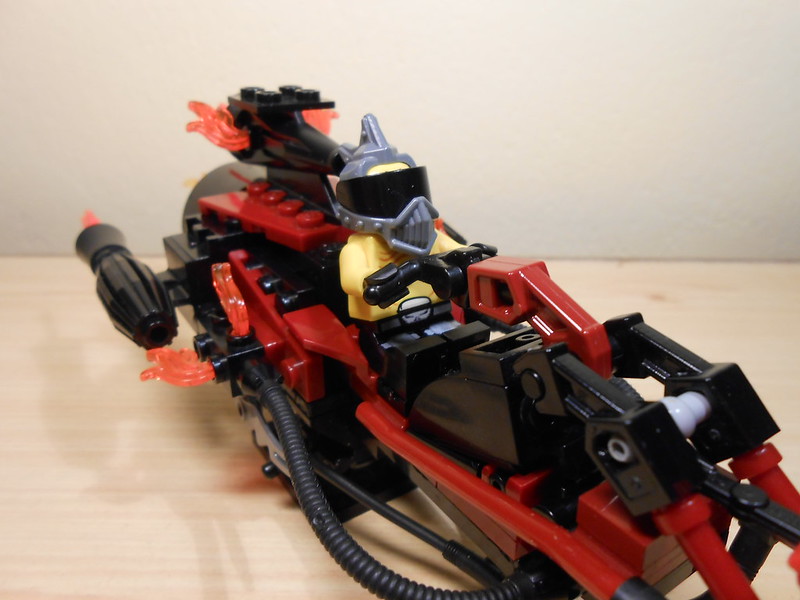 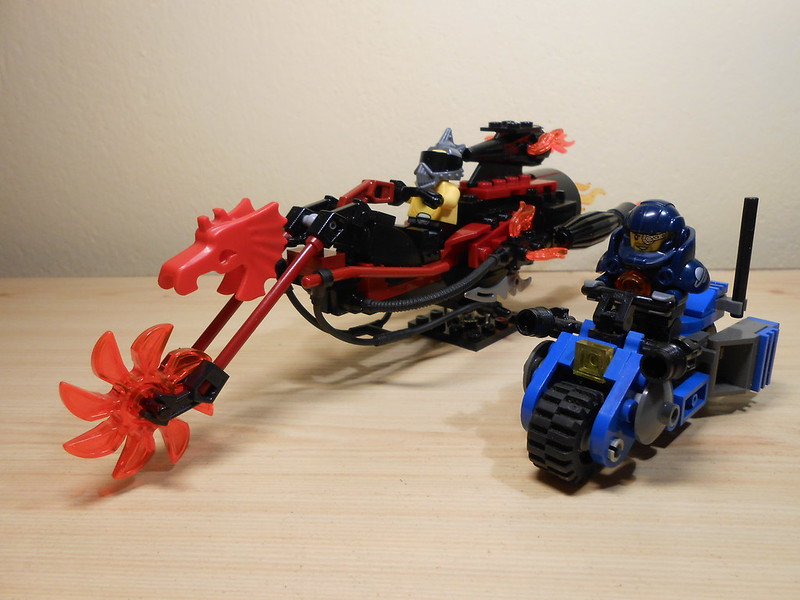 HE
IS
THE
PAIN-
KILLER!

THIS
IS
THE
PAIN-
KILLER!

Holy shit this needs to be in a Brikwar.

BFenix would be proud. That OT wheel is dope, and the pipes running along the sides are really nice.

All the blackness and fire and blood-red and OT blade-wheels comes together in a storm of Metal. The only thing that nags at my LegOCD is the fact that the horse-armour/dragon head on the front isn't dark red, but I don't think they ever did them in that colour in the first place*, so overall:

*
Unless you swapped it for a slightly less awesome looking horse-helmet from knights castle, as modelled here by Vladtron's horse:

I considered that but it kinda takes away from the old horse helms' draconic flair and the overall appeal.

It's like the HATREDCOPTER fucked a motorbike and this is the resulting love child.

It is GLORIOUS.
-- WARNINK -- LINK BELOW IZ KNOWN TO CAUZE HEMMORAGE --

Thanks for all the feedback guys!

I experimented with the base design and made a new rocket hog: 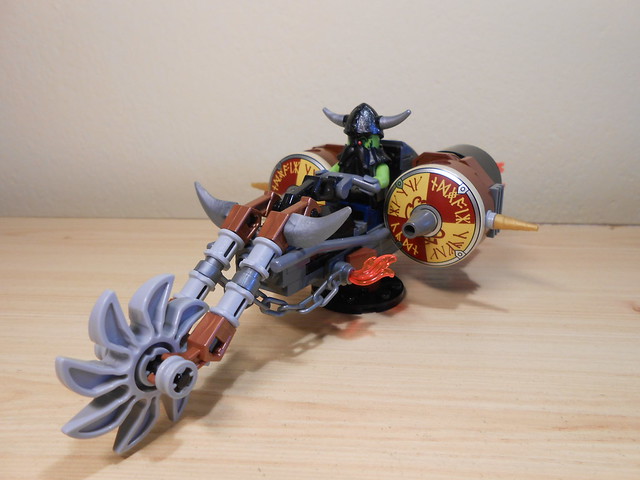 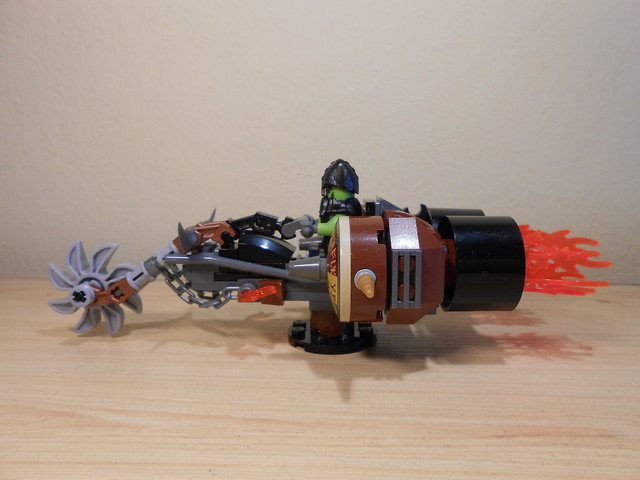 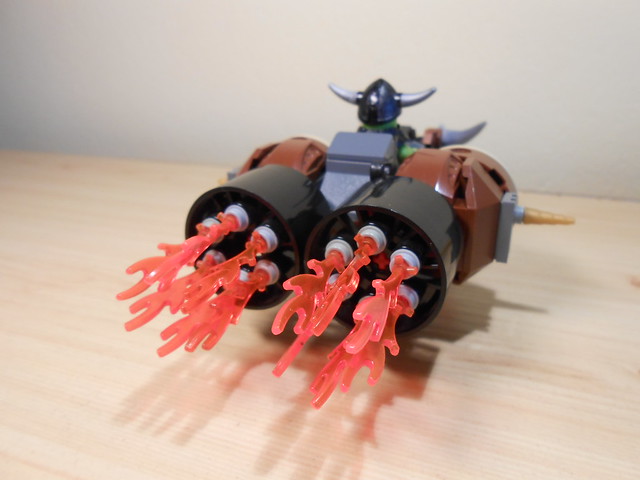 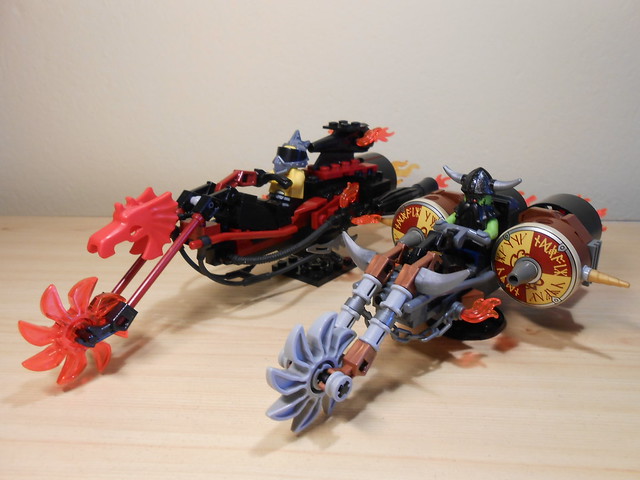 So nice, it had to be posted twice.
This sig is too fucking large: show anyway

Oh, wow, really cool. I think I like the Einherjar even more. Which is saying something because the first cycle is so badass.
Quantumsurfer's Narrative Index
Top

I kind of just want to replace every example in the rulebook with these two bikes. BIKEWARS

The Shadowscythe wrote:It's like the HATREDCOPTER fucked a motorbike and this is the resulting love child.

That's a winner, gents, and it's going on the wiki for sure.