So, I haven't posted anything in a while, but I've still been building up my brikwars armies- unfortunately I keep going back and forth between projects, so I have probably about 4 halfway finished factions, mostly space armies. However, I was looking through my collection as of late, and after I realized that I actually have more than a 5 to 1 ratio of medieval lego sets and parts vs space stuff, yet I had no medieval armies, so I have set out to rectify that, and am currently working on building a cool medieval force. The faction itself needs some parts I've ordered so it isn't ready for showing yet, but I have finished it's hero. I am also showing another hero I built a bit back but never showed, and since the CCCX was happening at the time, I entered both of them in the fantasy fig category, as I've always wanted to enter the contest, but never got around to it.

Anyhow, without further ado, the two heroes in question, first up the hero of my soon to be medieval faction- Mercenary Commander Ragnel Tartaros, the Crimson Scourge: 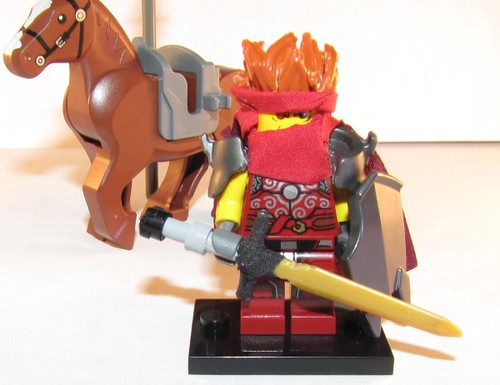 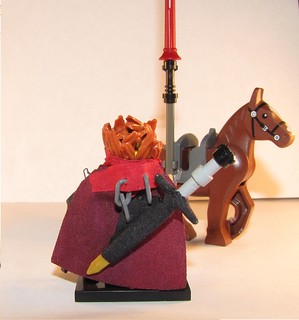 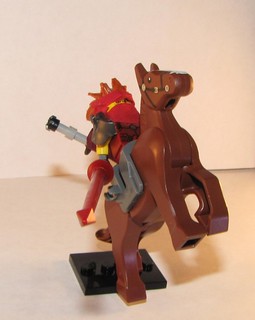 And second, My Golden Paladin: 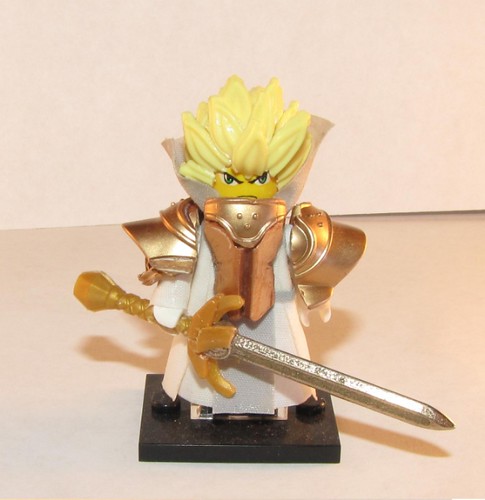 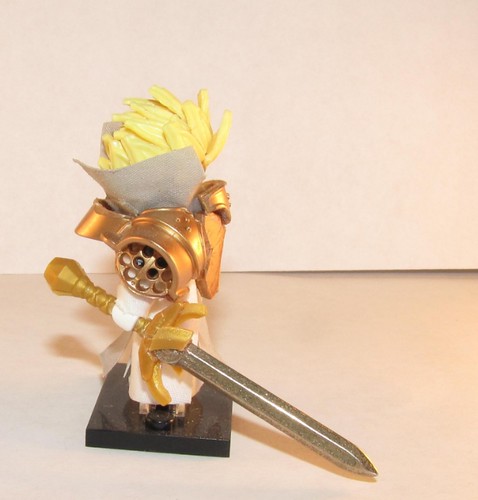 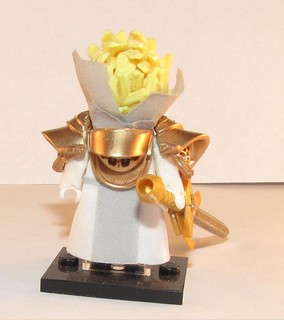 Anyway, let me know what you think, feedback is appreciated!

sorry but the hair on the second hero is just overkill
This sig is too fucking large: show anyway

For some reason the second guy reminds me of Soul Eater.

Cleverly put together. I especially like the Super Saiyan.
Quantumsurfer's Narrative Index
Top

alphafalcon541 wrote:sorry but the hair on the second hero is just overkill

You say that like it's a bad thing. Have you forgotten that

Both of these guys are badass.
An army marches on its stomach, and its favorite food is fudge.
Top 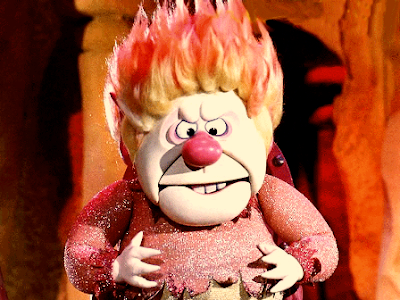 Silliness aside these are very cool customs.
Last edited by Silverdream on Sun Jan 06, 2013 5:29 am, edited 1 time in total.
This sig is too fucking large: show anyway

I know this is brikwars but I just don't like the hair style sorry mercat
This sig is too fucking large: show anyway

Those are some cool dudes! I like the armor on the second 'fig, with a motherfucking longcoat.
Brickwars: the only tabletop wargame that allows the units to have sexual intercourse with each other, produce offspring, and then use said offspring as Size 1 Explosives.
Top

Bleary-eyed this morning, I thought that the title said "Medieval Horses"

Thanks for all the comments- I do realize the hair on the figures is rather over the top, especially on the golden paladin (in part his hair is big to offset the bulkiness of his armor), but I'm all about over the top. I actually have minifig's I've made with far crazier hairstyles than those.

And sorry Rev, no horses here.

The Paladin's hair isn't over-the-top, unless the said top is the size of a normal minifig. In which case, that hair is friggin' tall.

Damn, these guys look cool. The Paladin's armor is so much win.

I'm not sure about the hair though. It seems like they'd be wearing helmets for one thing...
[21:30:33] Scritch: you can put it in theblackdog