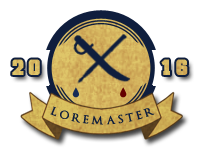 MFS stepped down slowly from his rocket sleigh. The shock absorbers groaned under his mighty girth as the whole thing bowed on one side to let him out. The sleigh sprang back into position and his thick, black, shitkicker boots crunched into the pure white snow as he moved a couple of paces away. The sounds were muted against the howling wind. He chewed on his thick cigar and squinted against the driving snowstorm, sweeping his gaze about steadily and suspiciously. Something was wrong. Santa had long ago learned to trust his instincts. They were never wrong. Slowly, he reached one massive paw up and wrapped it around the handle of the sawed off shotgun that always rode just above his left shoulder. His other hand went for the combat knife at his hip.

Something light and powder blue skittered between the big man's feet. He almost didn't see it in the dark and the flurry of snow but the dancing lights of the borealis in the sky provided more than enough illumination to see by and Santa had a sharp eye for these kinds of things. His gaze tracked the skittering object behind him for several feet. It had slid to a stop just under the main chassis of the sleigh. He tilted his head and stared at the object in confusion for a moment. It was an egg. An Astarte Egg. Realization dawned in his eyes and he whirled around, yanking the shotgun free from its holster. “Astarte Bu--!”

The egg exploded in a cacophonous column of fire that enveloped and consumed the hot rod red rocket sleigh. The force of the explosion lifted the jolly old elf right up off the ground and flung him face first several dozen feet forward into a snow drift. His weapons were yanked from his grip and spiraled off into the darkness. The night again fell silent save for the warm, cheery cackling of the sleigh and Santa's favorite sleeveless fur jacket on fire like a Yule log burning in the frigid, arctic land. The snowstorm was really beginning to develop, however, and the fires soon died down. Santa's flaming ensemble even went out completely. He was still for almost a whole minute before he let out a groan and pushed himself to his hands and knees.

A figure, all in white, appeared before him with no more announcement than the snow on the wind. MFS sat back on his haunches, wiped snow and ice from his eyes, and took a good long look. He began to chuckle, a low, dangerous sound that would have turned almost anyone's bowels to a bowl full of jelly. The figure before him merely stood with a calm patience and waited it out. It was dressed in a white camouflage tactical outfit. Tight fitting, shinobi shouzoku, probably Space Ninja make. The hands and feet were unclothed, the razgrizzly white paws too big and impractical to fit inside such an outfit. The hood was split at the top and two giant, floppy, white rabbit ears sprouted forth from it, tied up together in a kind of topknot. A katana fell across the snow ninja's back, held in place by a leather cross strap. Santa could see it was one of his, very likely the one he forged for Bunny back in '78. The wakazashi was replaced with a thigh holster for the silenced pistol the figure had drawn and held ready. “How's the anime subforum treating you?” MFS quipped.

“Nothing. Look, just what in the hell do you think you're doing, Bunny? You know I just rebuilt the engine in that thing.” Santa jerked a thumb over his shoulder at the flaming wreck still burning behind him.

Bunny's gaze tracked to the wreckage and he said nothing for several moments. He was just still, the fire dancing in his eyes. Santa, for his part, seemed to realize his coat was half burned away and pulled what remained of it from his unmarked torso. Grumbling, he plopped back down onto the snow to catch his breath. Bunny finally flicked his attention back to Santa and the present. “You know,” the Astarte Bunny spoke in slow and measured tones, “I told them all it was foolish to attack during Manly Santa Day. You've been doing this for years. You're at the top of your game round about this time. And you know it's coming because it always does. They're predictable...the other Holidays. Like clockwork. And they only ever seem to remember you're the goddamn best when it's your time to shine. Jealous, self centered fools.”

Manly Fuckin' Santa's usual jolly expression began to harden as he stared up at his old friend and listened. Bunny paused and stared back, letting his words sink in. “I told them there would be plenty of attacks to keep you busy. The War on Manly Santa Day is never ending. Let them tire you out. Let your annual ride to distribute weapons all over the BrikVerse exhaust you. Then, and only then, strike. Strike when you were weak, not when you were strong. But they wouldn't listen. The very idea was alien to them.”

Santa's growing rage seemed to radiate warmth. The very ice around him began to melt and snowflakes died on the air when they came near him. He was very still as he replied, “That's because only a coward would consider such a strategy.”

Bunny nodded and said, “Whatever gets the job done.” He raised his pistol and pointed just above his former friend's cherry-like nose before adding, “Don't get up.”

“Like this? With a silencer? Really?” Santa had already risen to one knee and the silencer barrel grazed his skin.

“You lived a life full of sound and fury, my friend. You don't get to leave it the same way.” The Bunny readjusted his stance.

“Why?” Santa wanted to know, “we were brothers.”

“This War never ends and I've got a new perspective. Did you know...in some universes, the bunny is a symbol of peace? I didn't. But I do now. Pacifass says goodbye.” Bunny squeezed the trigger and shot his oldest, truest friend right between the eyes. MFS fell back into the new powder with not much more noise or fanfare than his killer made disappearing back into the storm.

The night wore on and the fire died. Eventually, even the once burning wreck itself was cold to the touch. The storm had moved on hours ago, leaving in its wake the half buried remnants of a rocket sleigh and the body of the Claus as the only things for miles around to mar the pure, glittering landscape of the arctic wilderness. Even the wind had hushed and the colors in the sky seemed muted in the wake of the Claus' passing.

Suddenly, there was a massive gasp that filled the deathly silence and the half mound of snow that had formed on Santa's corpse shifted and heaved. The tough old bastard sat straight up and tossed his grave blanket of snowfall aside. He groaned a little, reached up and pried the slug embedded in his skull from his head. It came out with a small pop and he glared down at it resting in the palm of his massive hand before curling it into his fist. “Sonuvabitch,” he remarked.

He stood and glared about himself, taking stock. He had a dangerous twinkle in his eye and his neck cracked when he twisted his head; anyone who saw him in that moment would most certainly have something to dread. He said not another word, but went straight to his work. He had some more deliveries to make after all, he thought with a smirk.
Quantumsurfer's Narrative Index
Top

I have this buddy cop movie trailer playing in my head.

One's the Father of Manly Santa Day. The other's the Father of Yule.
They may butt heads about who's holiday is cooler...
But these two old, grumpy bastards know that Wintertime
is the best time
to start a War.

This Holiday Season...
Prepare to shit your pants
and eat more puns than Manly Santa Day pie
because the other Holidays
are going to get their goose cooked.
...geese? Geese cooked? Holiday Pun. Explosion.