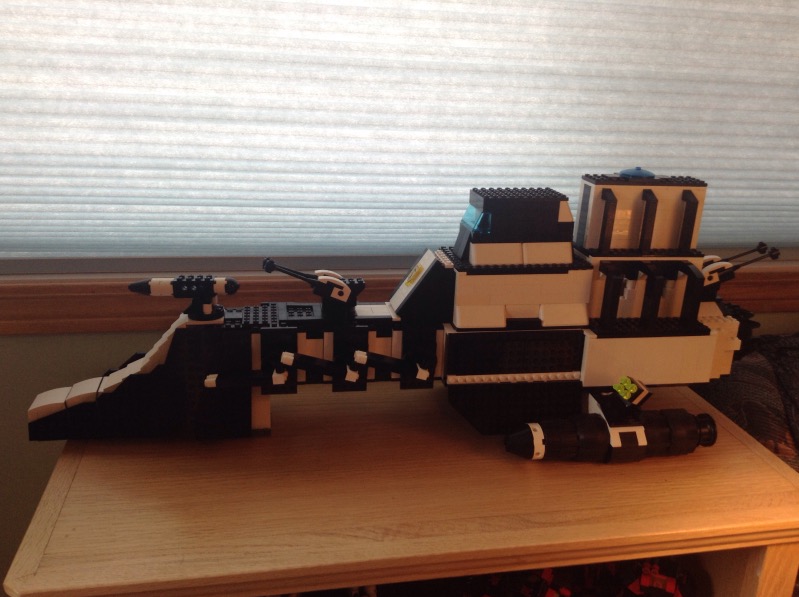 I decided that a giant ass robot would never really see much in the way of combat so i went back to ship building. I decided that this time i would take a page out of the old 40k handbook and build a heavily armored ship with some form of Gothic design. It currently sits at 28" long. 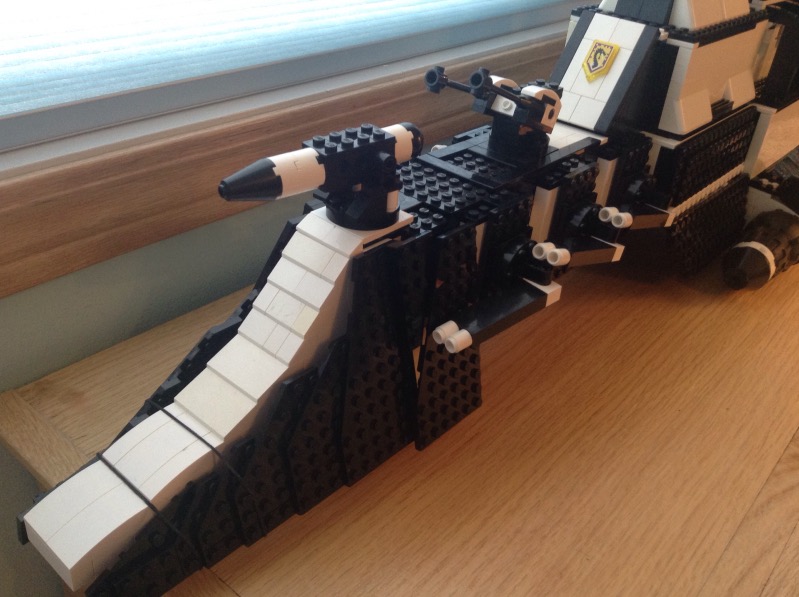 The front was a little tricky i had to do some looking around to see what other people did to catch the shape of Imperial vessels. 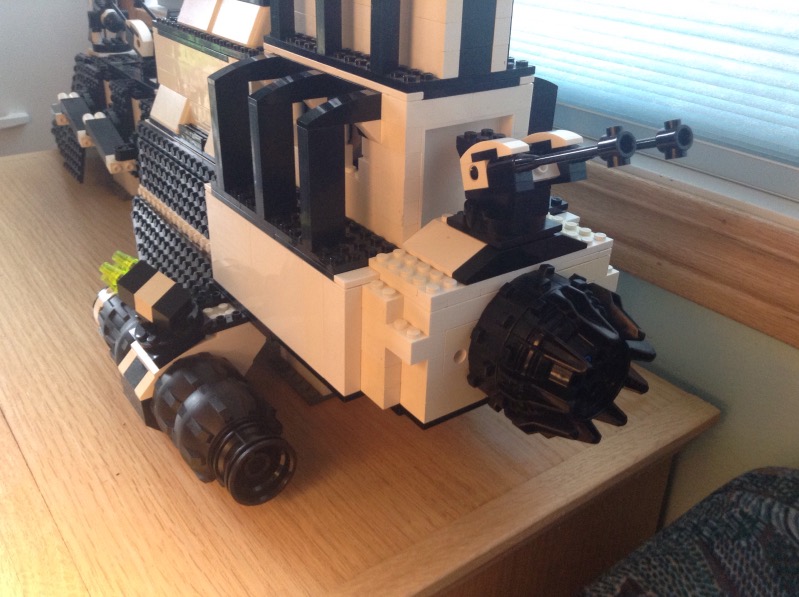 Rear is a little blade now that i think about it i should add some slopes to those exposed bricks. It mounts a double cannon for rear defense. 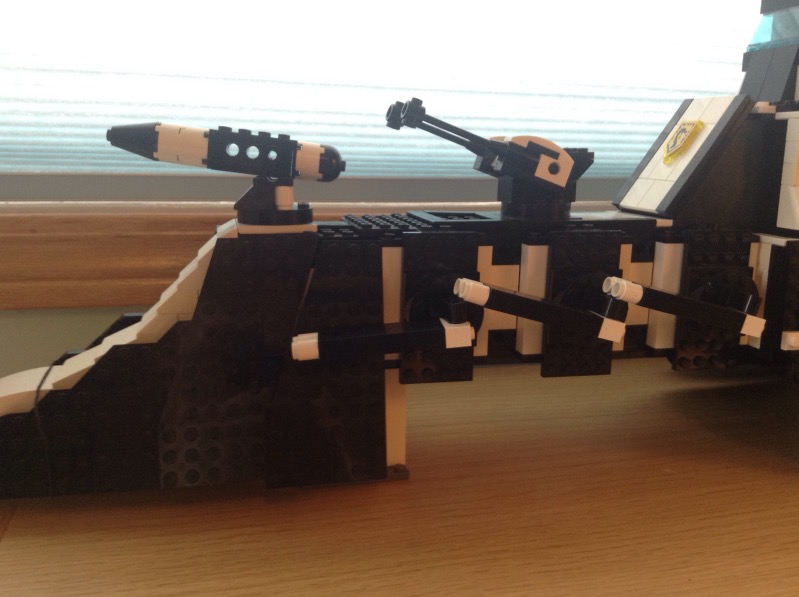 On the top it mounts a double cannon a beam cannon/lance weapon (i want to to make some weapon stats that are based on drawing power from the creation to power the weapon rather than using the size of the weapon itself) furthermore each side mounts 6 cannons. 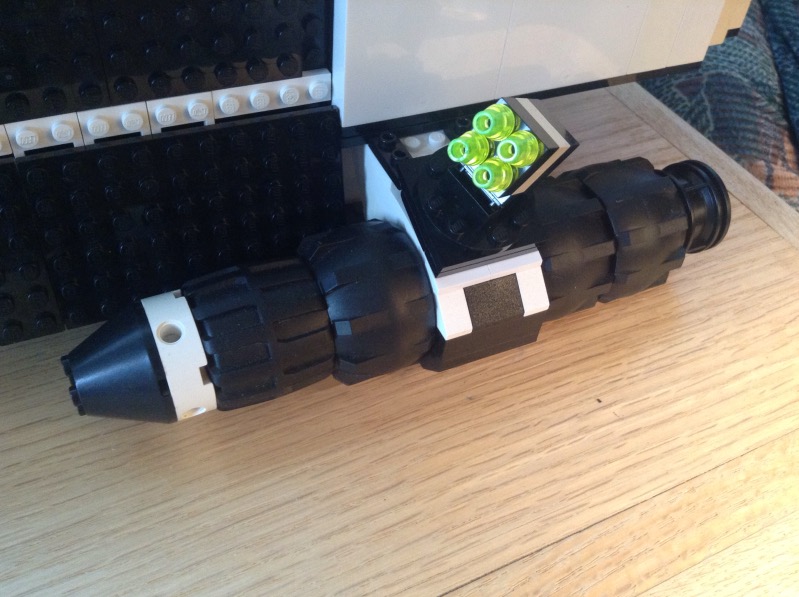 For further firepower it mounts 4 size 4 missiles on each side to help against fighters and even other ships in a pinch. 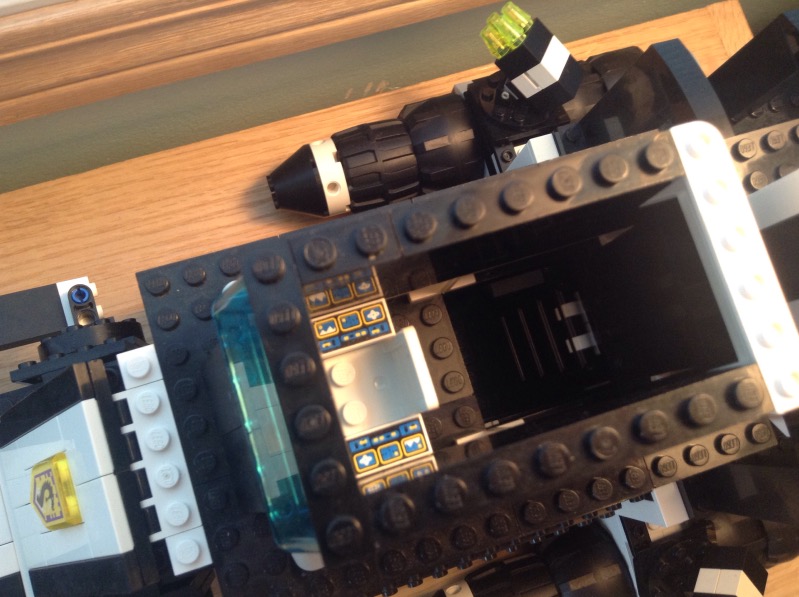 Here is the captains deck that really is just a higher up viewing platform for the captain. It has a ladder to the lower deck. 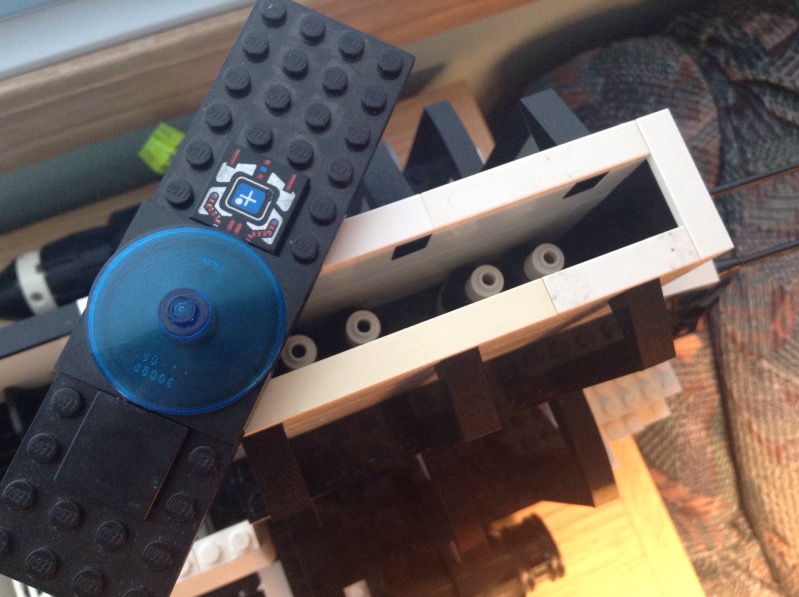 Here you can see the AI cores that assist in combat as well as the shield generator. When i was making the second floor of the chapel i thought it would be a waste to have just an empty little box so i threw in some AI cores for fun. origanally i was thinking of placing missiles up here and having the roof slide off or hinge open. I may still do this if you guys think its a good idea and then i will simply move the AI cores to the empty section behind the engineering bay. 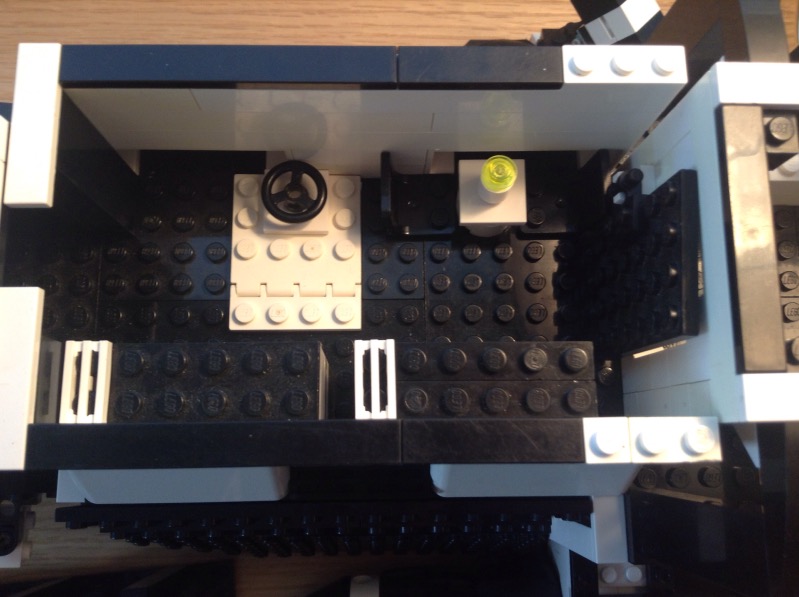 This is the crew area there is a small table 4 beds a hatch to the lower command deck and a hatch out and the door to the chapel. 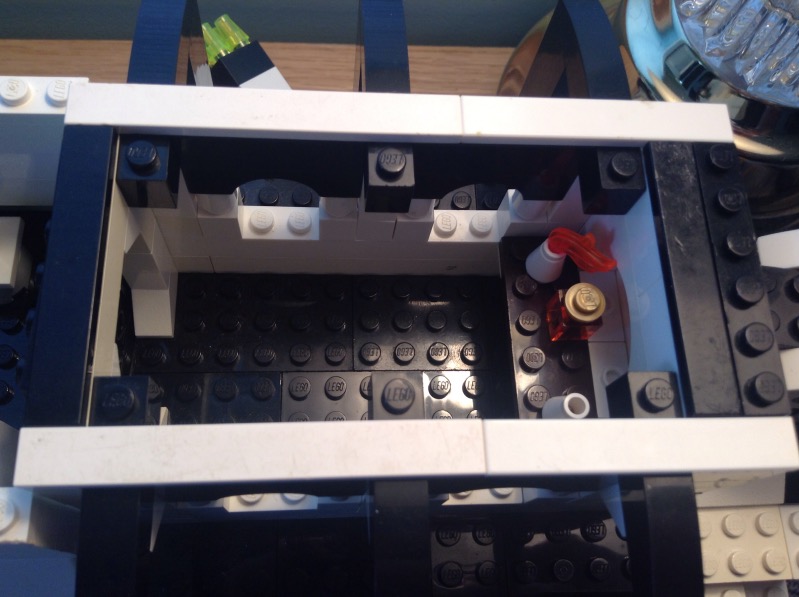 The chapel itself is rather bare right now having only a few things im open to suggestions on how to fill it. 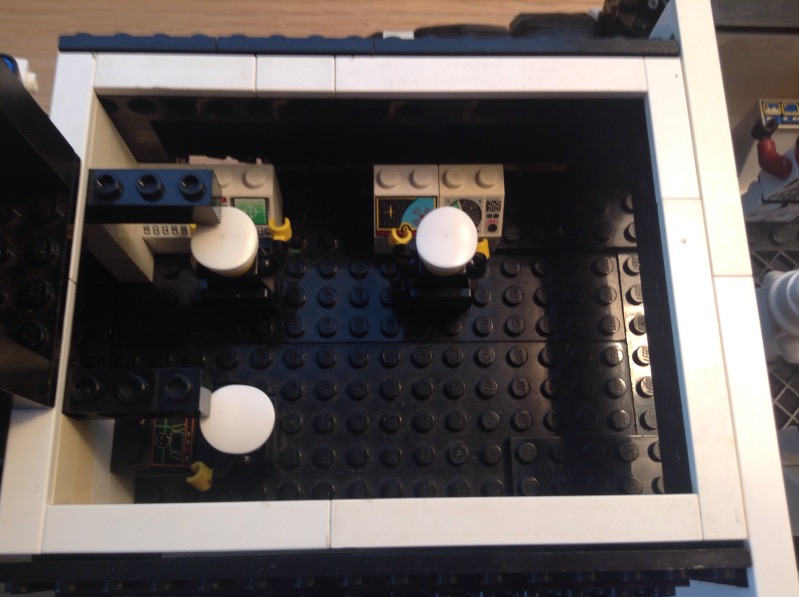 Here is the bottom command deck its also really bare. 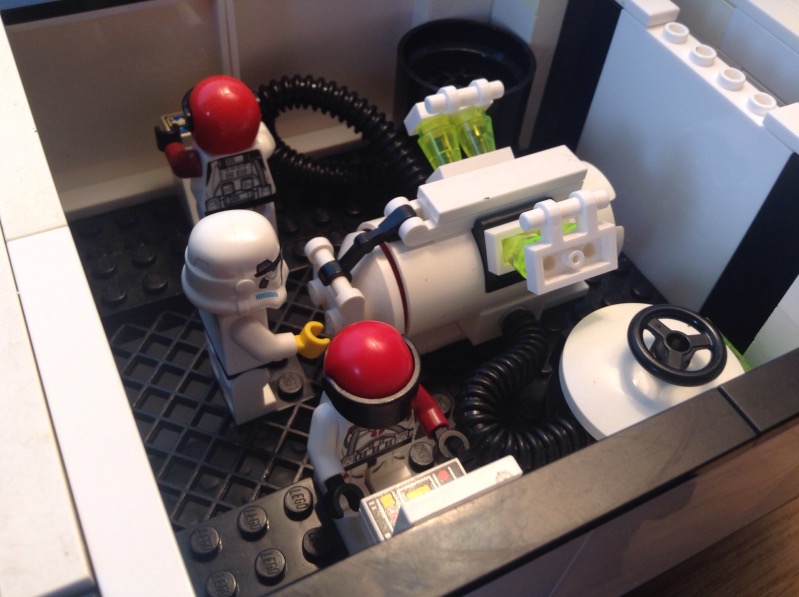 The ship is powered by an OT core that is normally used in spaceships of a much larger class. 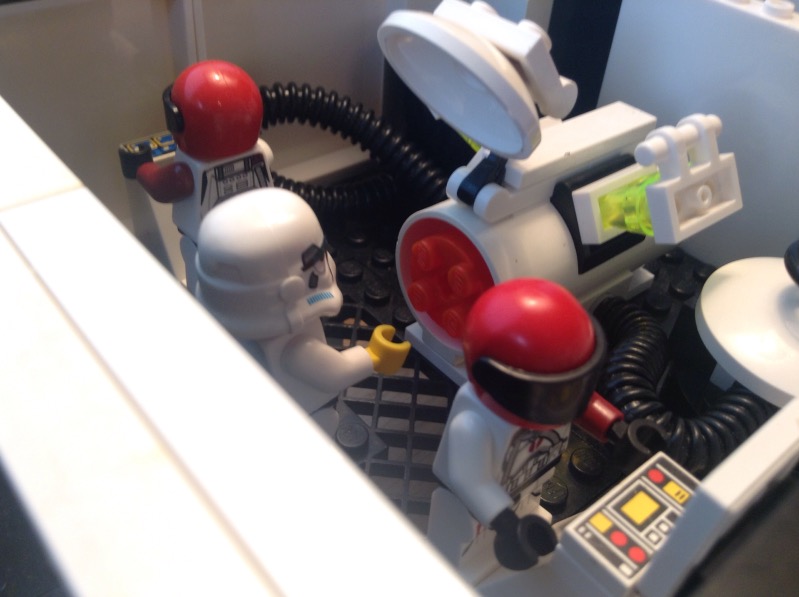 You can open the hatch above the main housing to expose the OT core however i don't really know why you would ever want to... 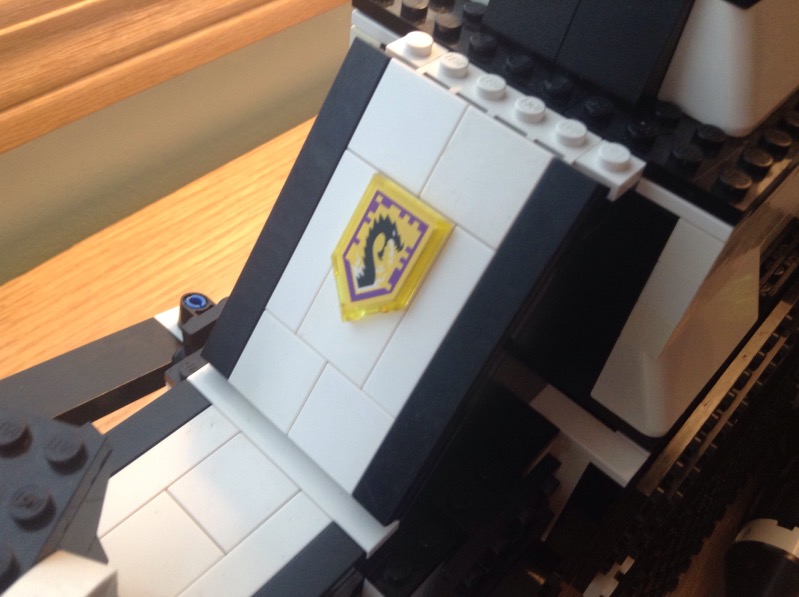 This panel is actually a hatch that leads from the crew area to the outside of the ship. It also has a force field door to prevent venting atmosphere if the ship needs exterior repairs.

Also i don't have a name yet i have been thinking one of the following or if you wish to suggest a name or say which one sounds best it would be much appreciated.
I was thinking:
Serpent Of Sin
Serpent Of Retribution
Dark Retribution
Armour Of Atherta
My Factions/My Battles/My Painting and Modelling Adventures
A mind without purpose will wander in dark places
Top

Anyway, this is awesome! Digging the Gothic vibes.
Top

Another ship! This makes me so happy

very nice. the forward slope has a very... alien look to it. not sure how to describe it, but I like it.
"The crashing arrival of a large stone does much to humble an arrogant foe"
Top

Nice! You even got flying buttresses by the looks. You went all out!

nice build though
Darkstorm will rise! Someday? Probably tomorrow.
My Old Faction:Darkstorm Empire, New Faction: Phoenician Empire My Alliance:Kult of the Darkness
I swear I'm not dead, just dead inside
My bi-annual visit trend continues! See you in 6 months as usual.
Top

Anyway, this is awesome! Digging the Gothic vibes.

Some good names to think about:

BOATy mcBOATfaced
"Tallyho lads, snuggle the houses and burn the women! Leave not a single potted plant alive! Full speed ahead and damn the cheesemongers"
Top

You know, you could just go with the easy, edgy option and call the Light Destroyer Destroyer of Light.
Top

You know, navy guys hate it when you call ships, boats.
Top EDIT: I googled for ship vs boat on google images and found this, I'm sure all the brikwarriors on here are aware of this stuff already but for a simpleton like me it was something interesting and new that I didn't know before.
My Stuff:- http://www.brikwars.com/forums/viewtopi ... 62#p237262
- http://www.brikwars.com/forums/viewtopi ... 17&t=11297