Previous turn: http://brikwars.com/forums/viewtopic.php?f=16&t=17393
Well, this escalated quickly. A lot of blue-tak was used in these shots. There was also lots of things pictured in midair, so I hope I pulled this off well. Romans are still NPC by the way.
Turn order rolls:
Peasants (Scribonus): 6
Guards (baconquisator): 5
Space Mafia (motorhead fan): 3
New Romans (NPC): 2 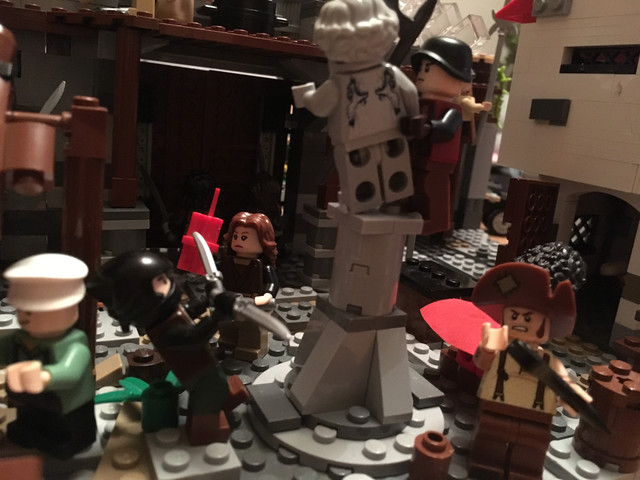 The peasant with the dynamite atop the battlements throws it down to their companion on the ground, and it is carried over to the trebuchet. The guards knock off the statue from the pedestal, and also carry it over. Why? 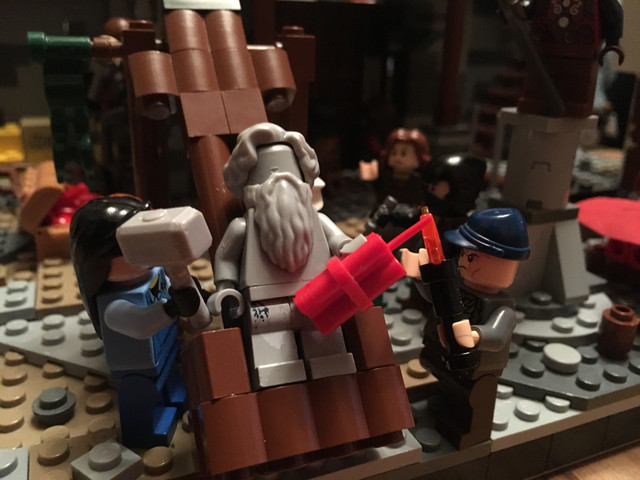 Unable to decide whether to fire the statue or dynamite, they decide to fire both at the Zeppelin. 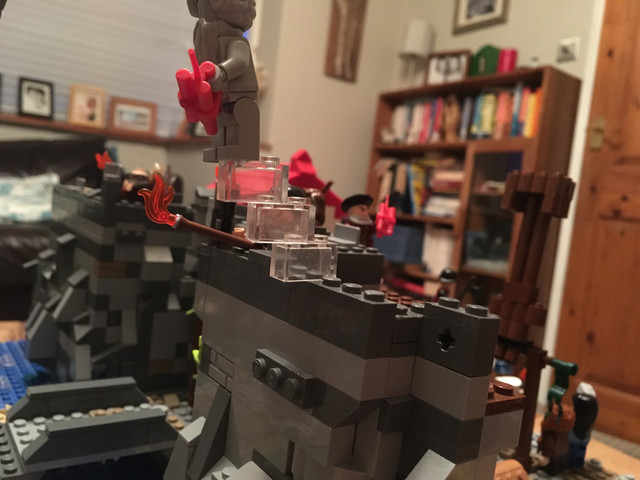 They only just manage to roll high enough to hit, and both of the deadly missiles, one ready to explode, flies like a misshapen seagull towards the Zeppelin.
Crewman Gunner: 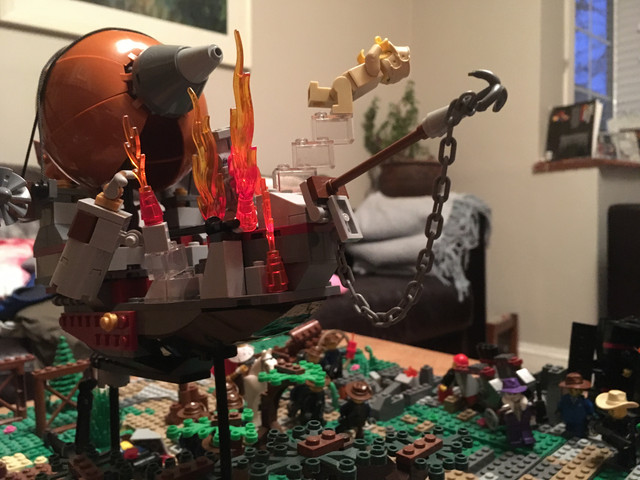 ITS SUPER EFFECTIVE. The Zeppelin looses two hit points (2/5) and the Gatling gun and gunner are blown apart and off the ship. Somehow by some miracle, the two shells on the ship are not detonated. 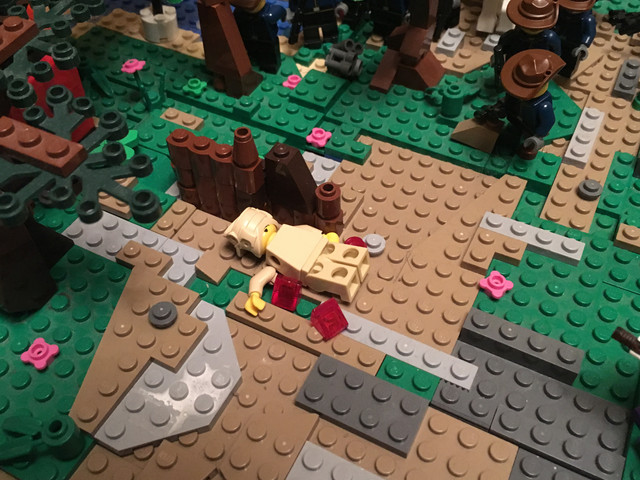 Luckily, the ground was there to break the crewman's fall. 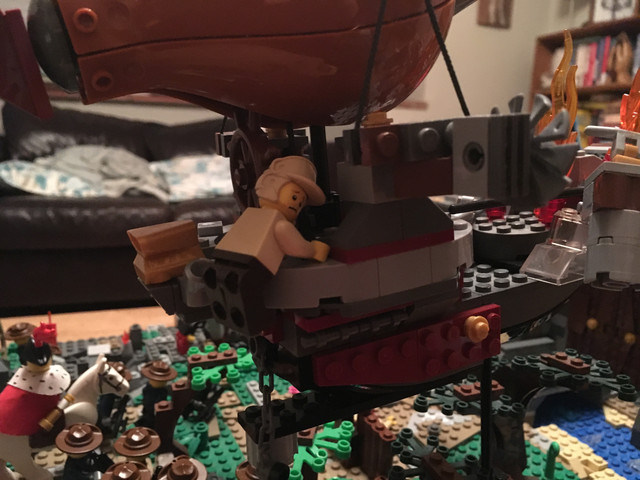 The Pilot just about manages to hold on. 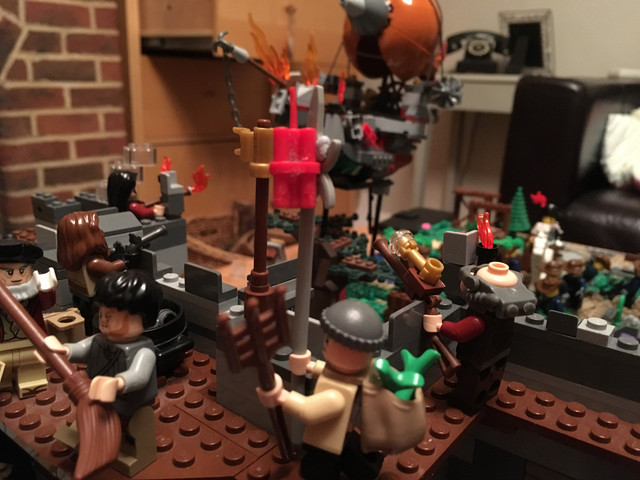 Atop the battlements, Pierremanages to use the remaining dynamite to make a dyno-spear! 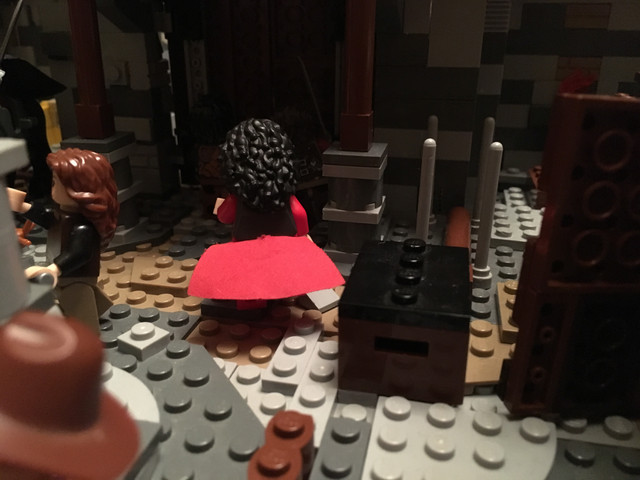 The remaining peasants and Molly Hatchet advance towards the doors to attack any people entering. 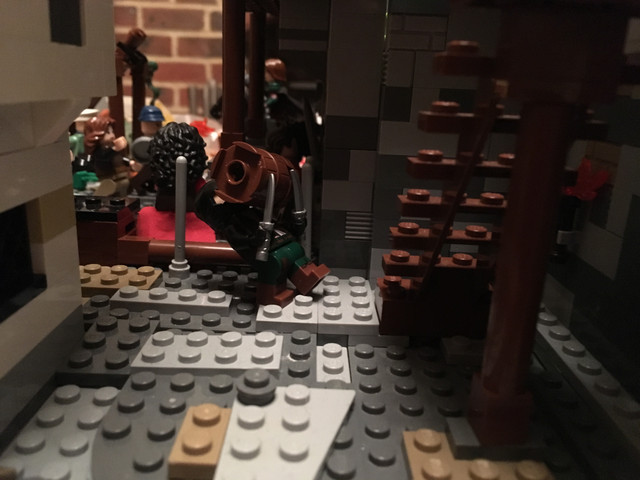 The guards begin to start moving the numerous crates, boxes and barrels up to the top of the wall. 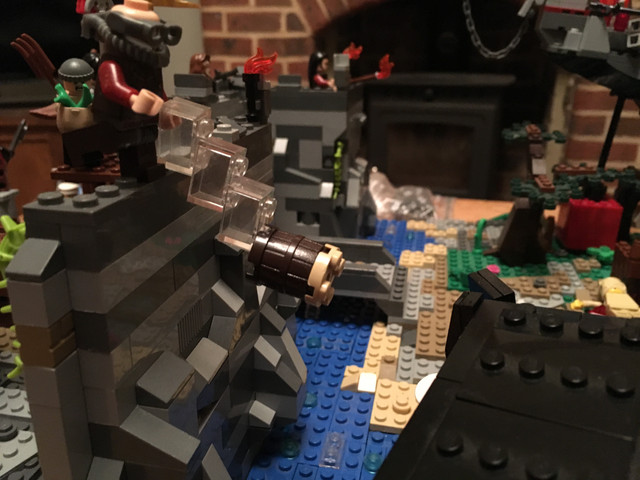 The sniper mounts the wall and tries to throw the heavy barrels off of he wall. He rolls pathetically for range and it just sploshes into the moat, bobbing up and down like a cork. 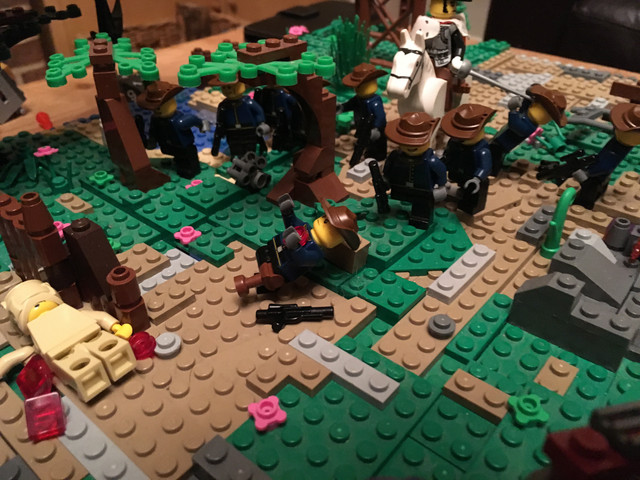 The rifleman manages to take out a Legionnaire. Down below, the guards prepare to charge out of the gates, bracing themselves for the fight to come. 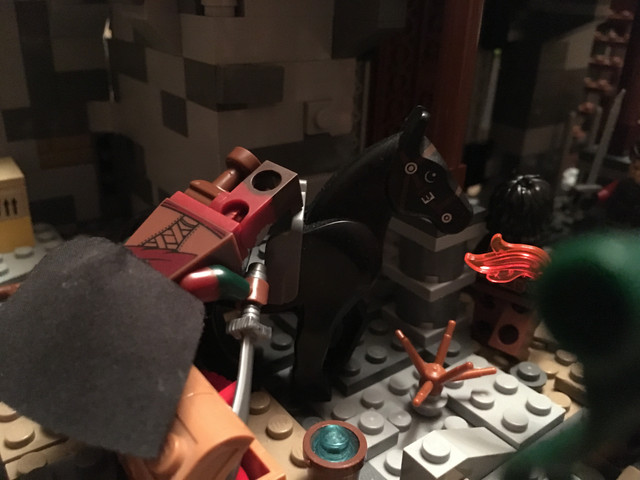 Jacques attempts a heroic speech to motivate the soldiers bu not only stumbles over his words but also off of his horse (FEAT FAILED). 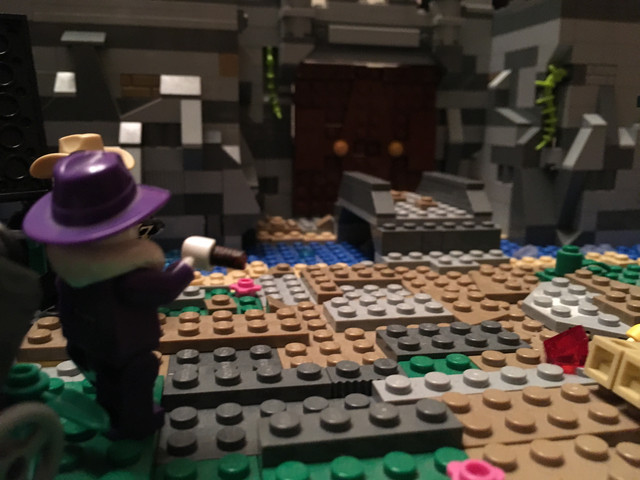 Boss Marley takes a drag of his cigar and constructs a simple but effective plan.
Boss Marley: Aright boys, back in the van.
Blue suit Soldier:but boss we jus' got here!
Boss Marley: You don't say, ya dipstick! Just get back in. 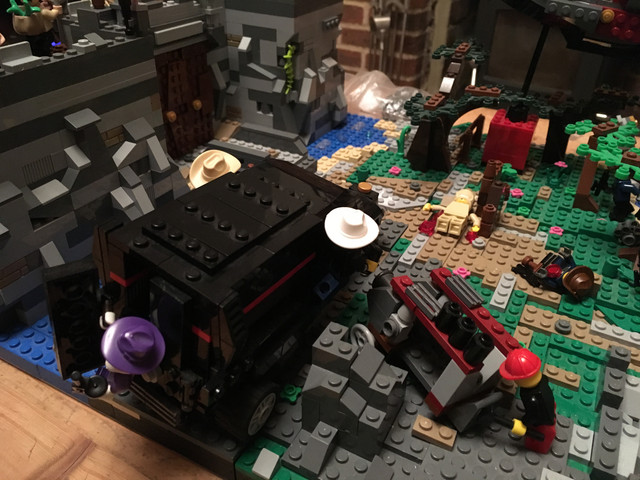 The Mafia bundle back inside the van, two guys hanging on the side bars, and the vehicle reverses and turns. 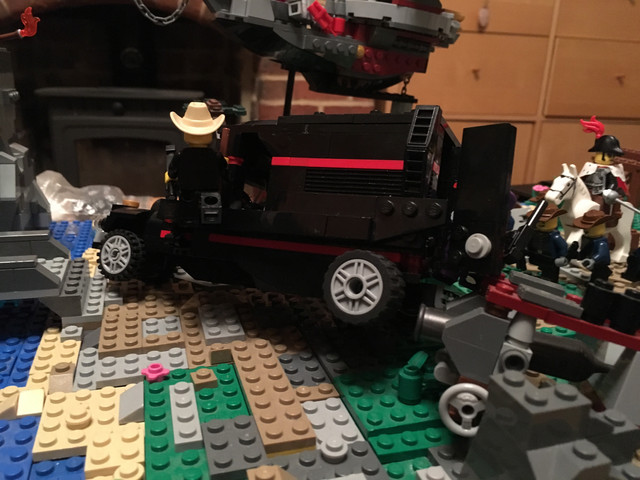 With a screech of tires, it launches forwards, skidding as it turns to face the gates- 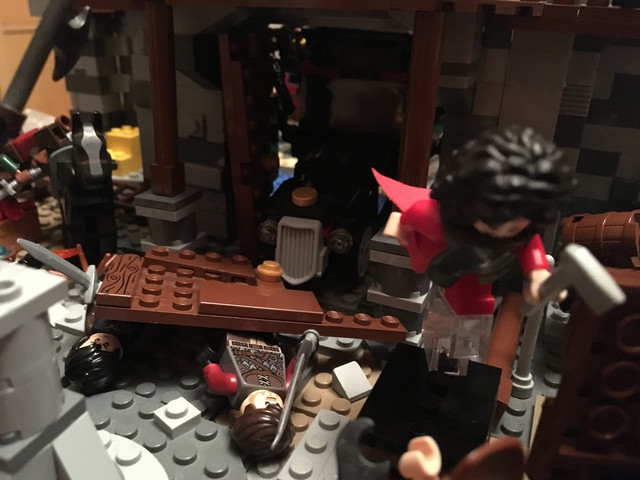 -and barrels straight through. The two swordsmen are trapped under the wreckage and are disrupted, but Molly Hatchet manages to leap out of the way. 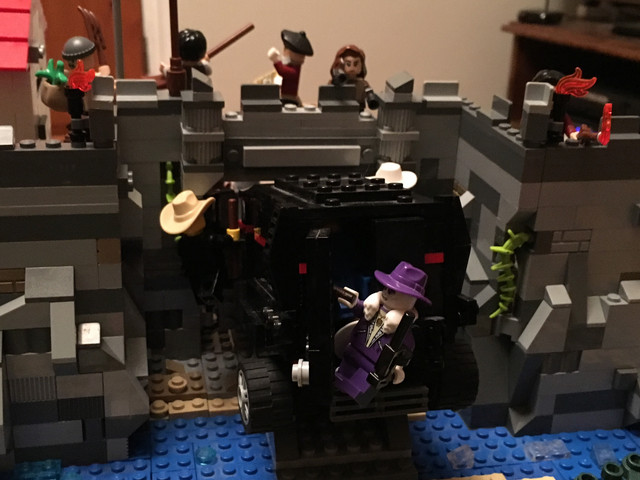 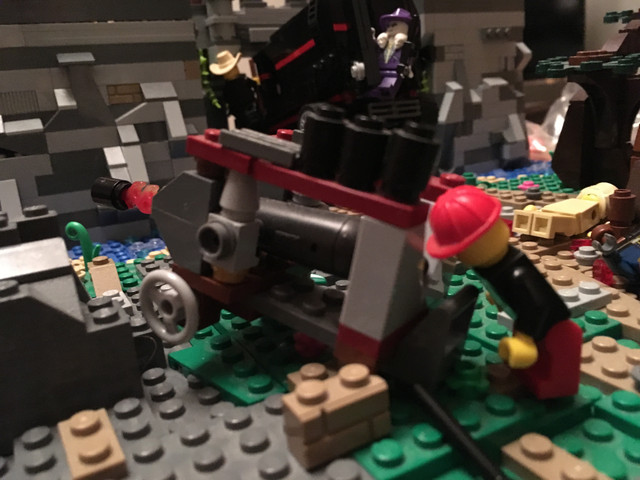 The cannon fires upon the Sniper on the wall. 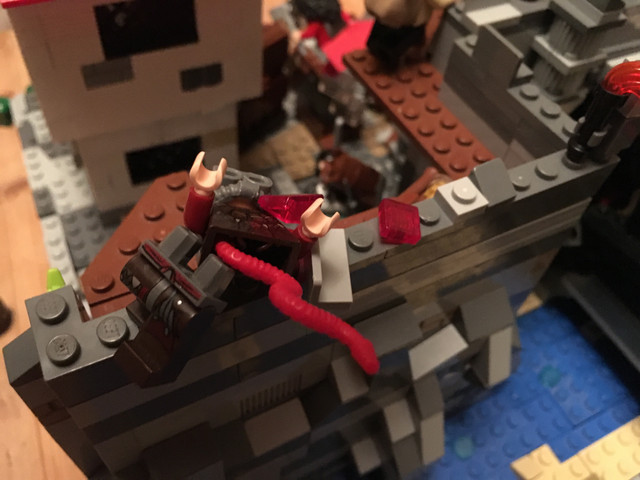 He, and a bit of the battlements, are blown into ribbons. 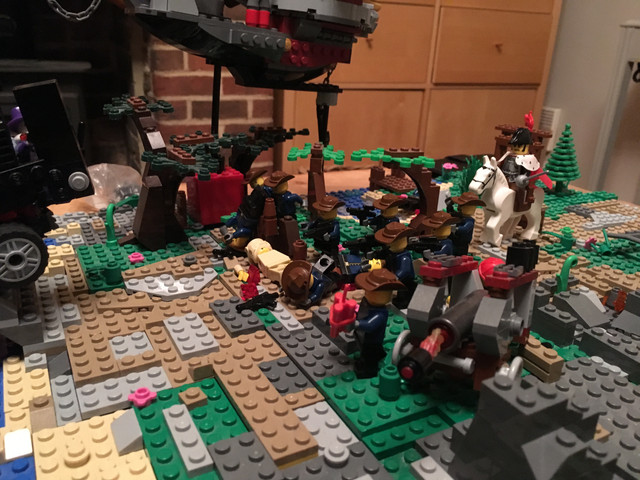 The advance of the Legionnaires continues, with all within range firing upon Boss Marley, only two hitting, and two falling flat on their faces. Wolfgang also tried to do a feat with the telescope, but failed and poked himself in the eye (FEAT FAILED), which is why it is not featured here. 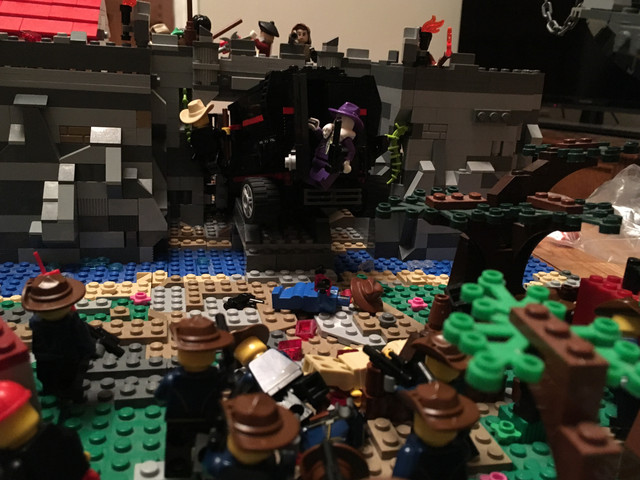 The Blue suit solider red-shirts for one bullet, and the other has no effect. 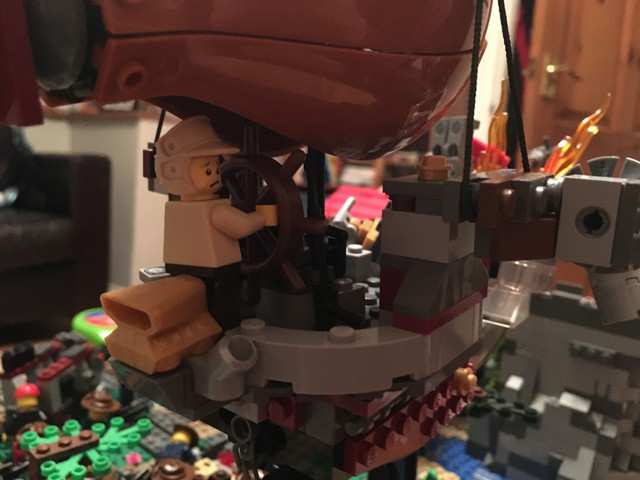 Quivering ,the Pilot manages to climb back into aircraft and take hold of the wheel. 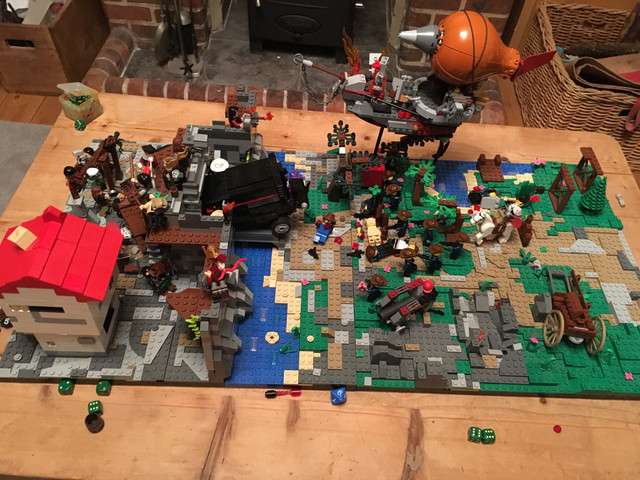 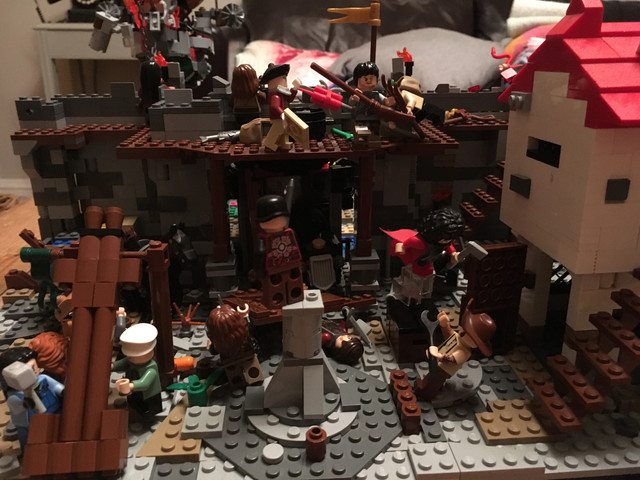 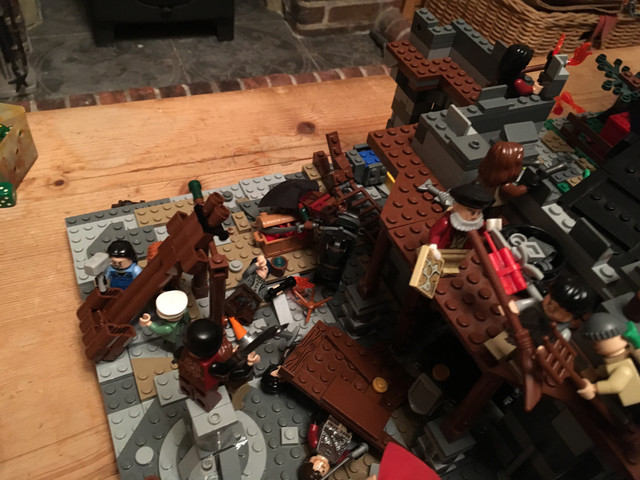 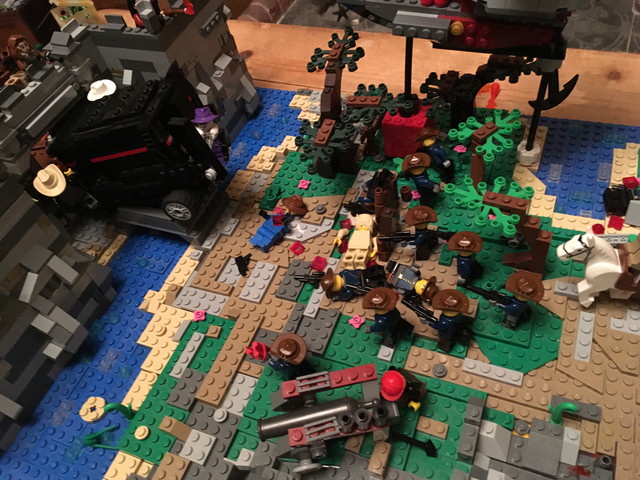 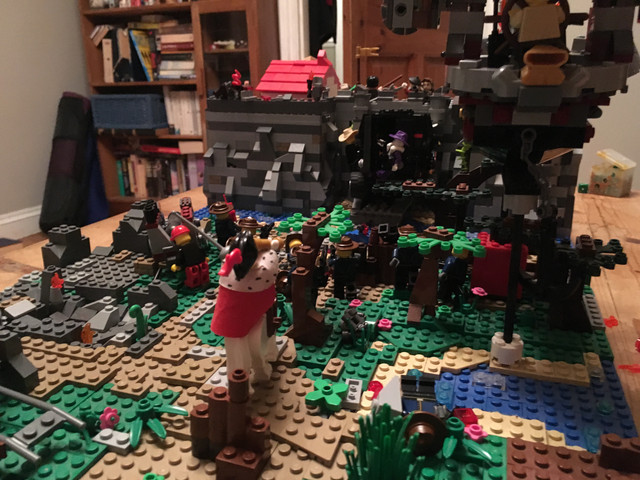 Send in Turn 3 orders!
I'm sure that we're going to be the best of friends...
Top

Re: Eagles And Weasels Turn 3

ITS SUPER EFFECTIVE. The Zeppelin looses two hit points (2/5) and the Gatling gun and gunner are blown apart and off the ship. Somehow by some miracle, the two shells on the ship are not detonated.

Go team Peasants! That was AWESOME! Let's fling some more stuff at stuff!

Re: Eagles And Weasels Turn 3