"Tired of being treated like lesser-beings, being bossed or even consumed by minifigs for energy, sick of being called munchfigs..."

Ladies and gentleman, I present to you the first ever Microfig-Led Faction in Brikwars history (I think): 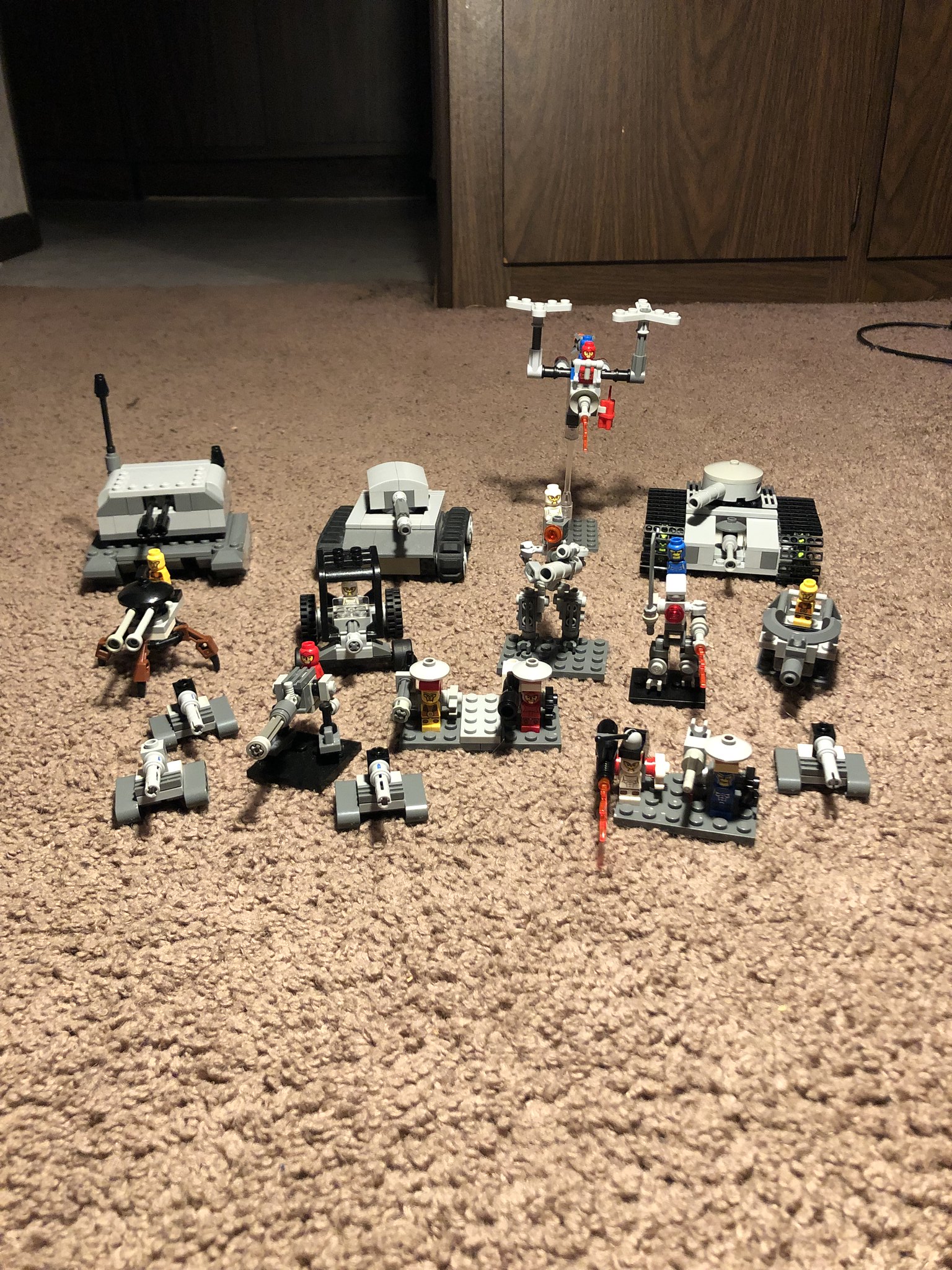 Obviously, Microfigs are much smaller than their Minifig counterparts, however they make up for this with their incredible building skills and sheer numbers. Microfigs do not inherently wish to destroy all Minifigs, and will even be happy to work with them if they are seen as equals (See: The Scarecrow Corps). However, many Minifigs refuse to accept the Microfigs as equal counterparts to themselves. The Microfigs will not take this lying down, and will destroy anyone they need to in order to gain the respect that they deserve among the dominant beings of the Brikverse. 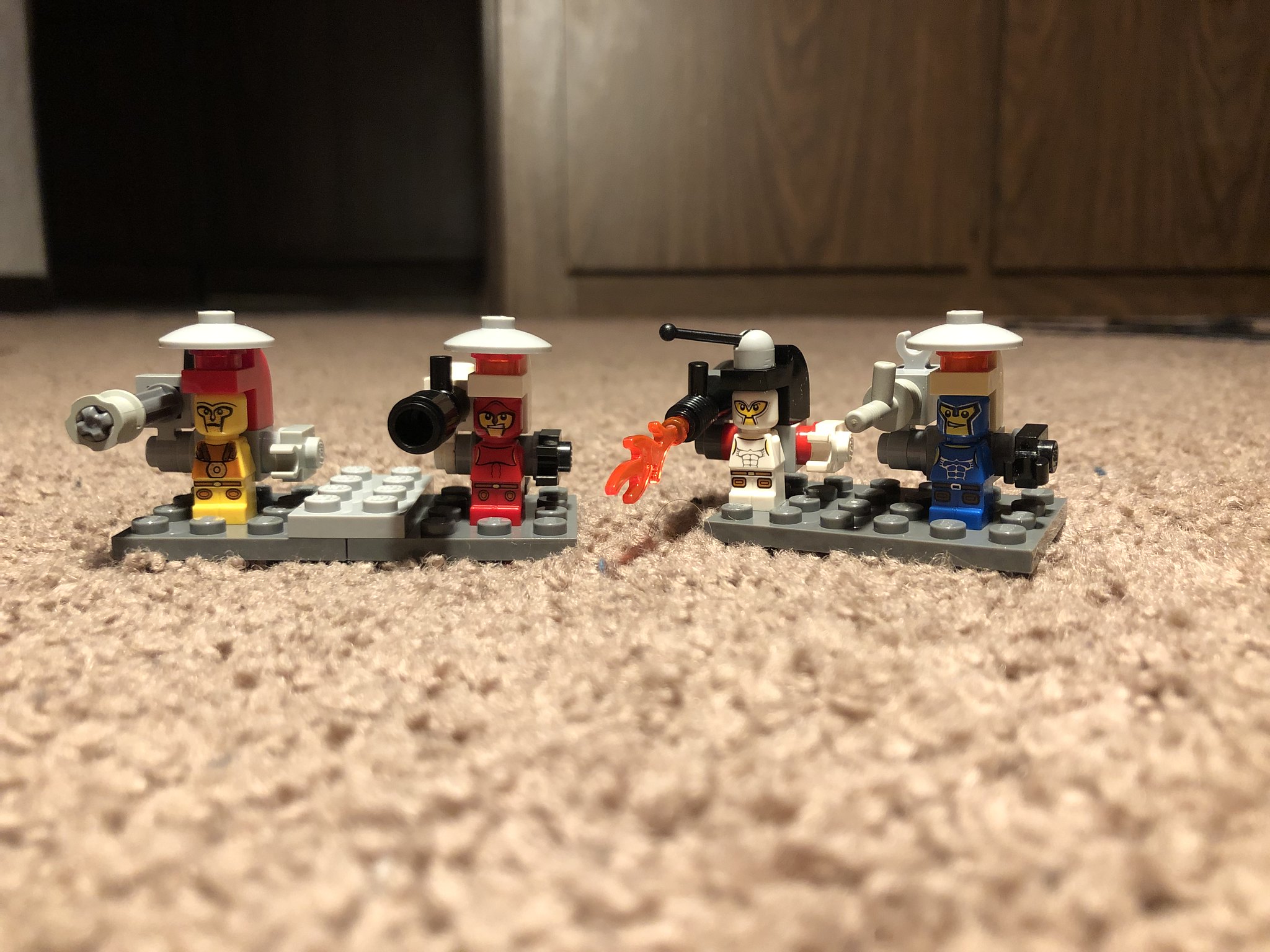 While the Insurgency as a whole is heavily MOC-based, individual Microfigs still build themselves combat-suits in order to match the overall strength of the average Minifig. Capable of wielding both ranged and close combat weaponry to go toe-to-toe with any individual Minifig on the battlefield. 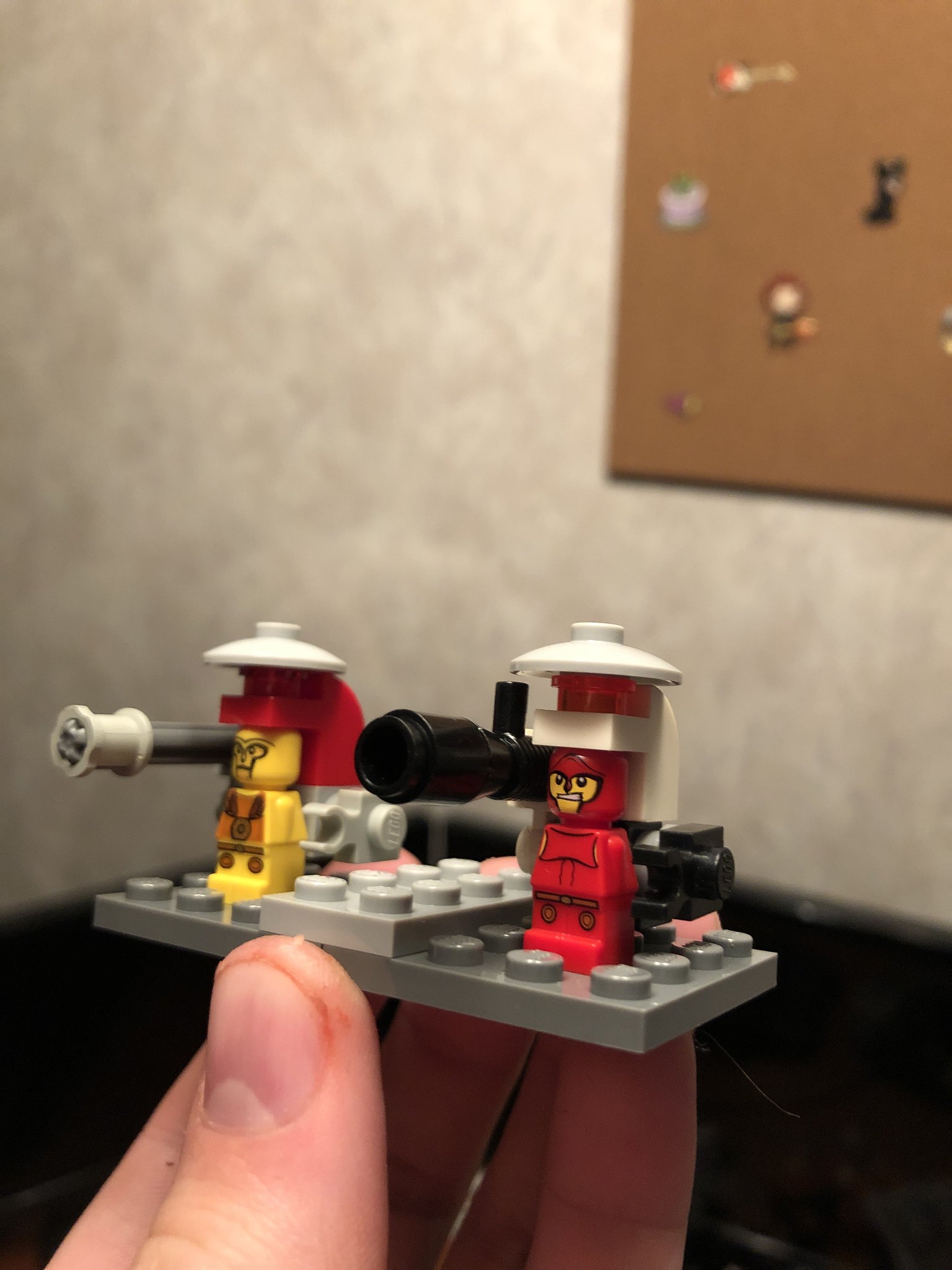 Microfig suits are highly customizable both weapons-wise and visually. Microfigs wish to be seen as equal, and individuality is highly encouraged as a principle of their overarching goal. Because of this, soldier morale is incredibly high and Microfigs embrace each other as brothers. 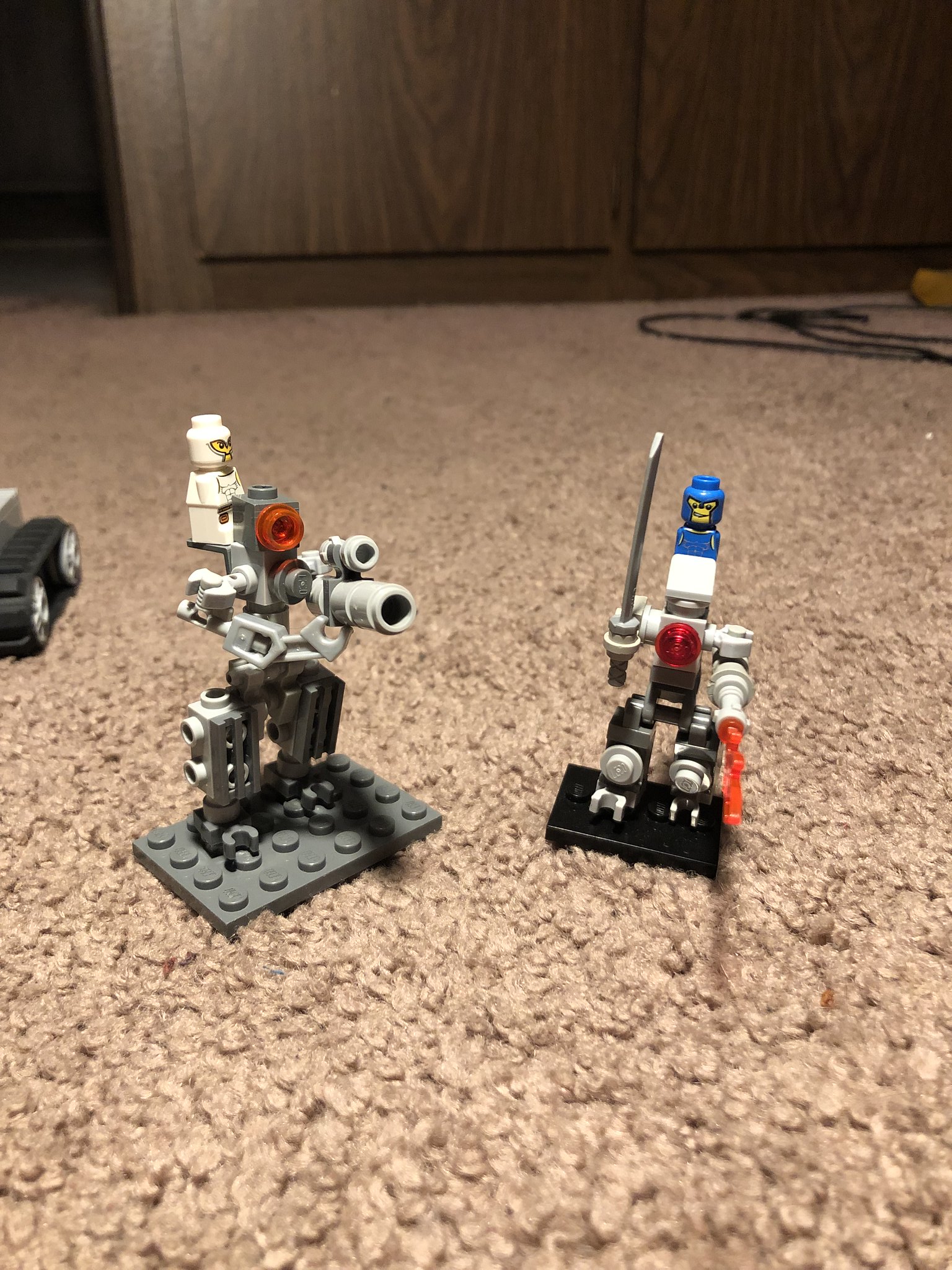 Heavier hardsuits may be necessary to deal with specialized units within an enemy army. Even more customizable and packed with anything from grenade launchers to sniper rifles. 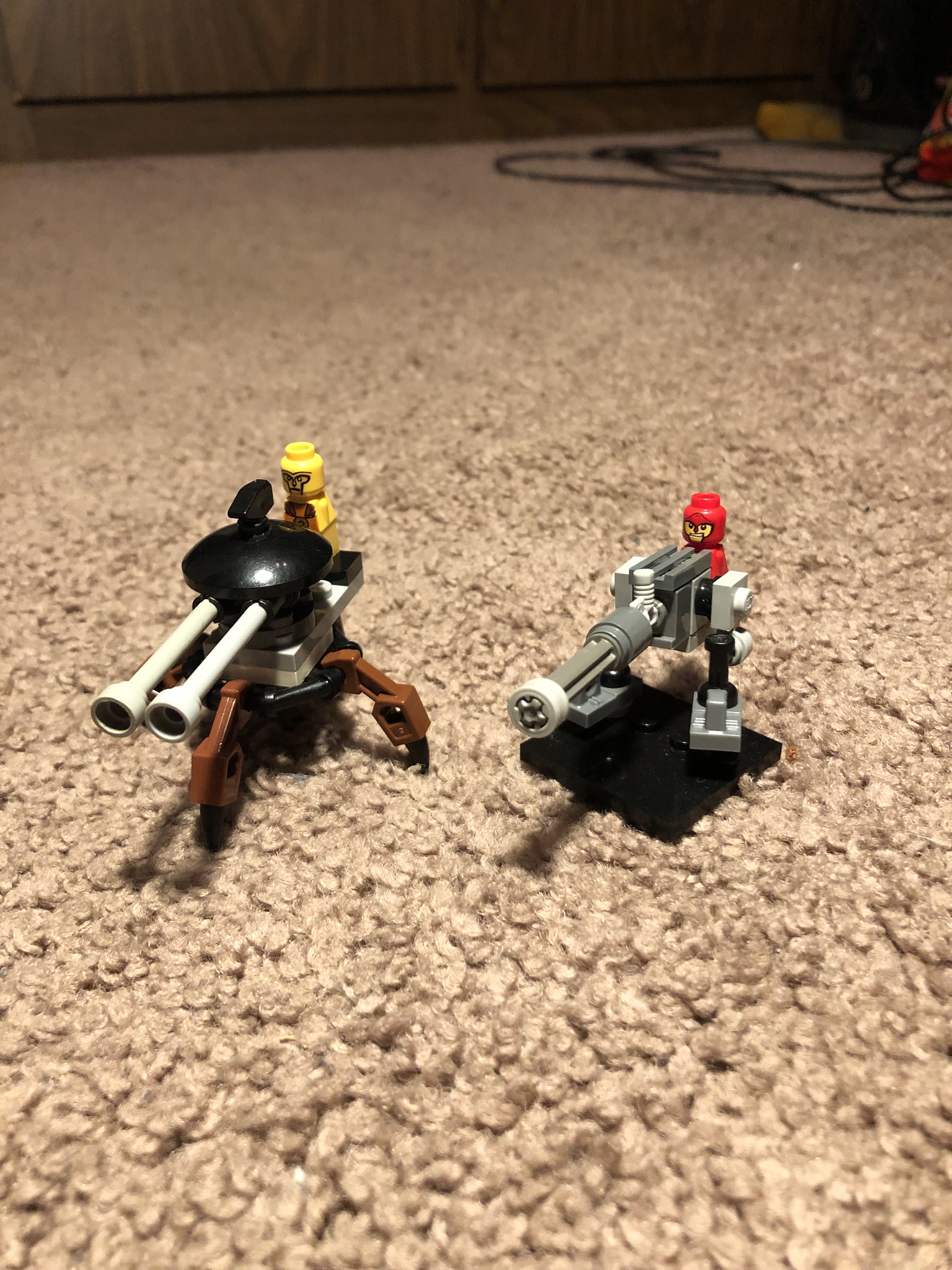 (Seen as part of the SCC faction) Walkers are similar to hardsuits and are usually built to mow down massive waves of infantry, with heavy machine guns and miniguns relying on pumping out as many bullets as possible. They also may act as specialized units. 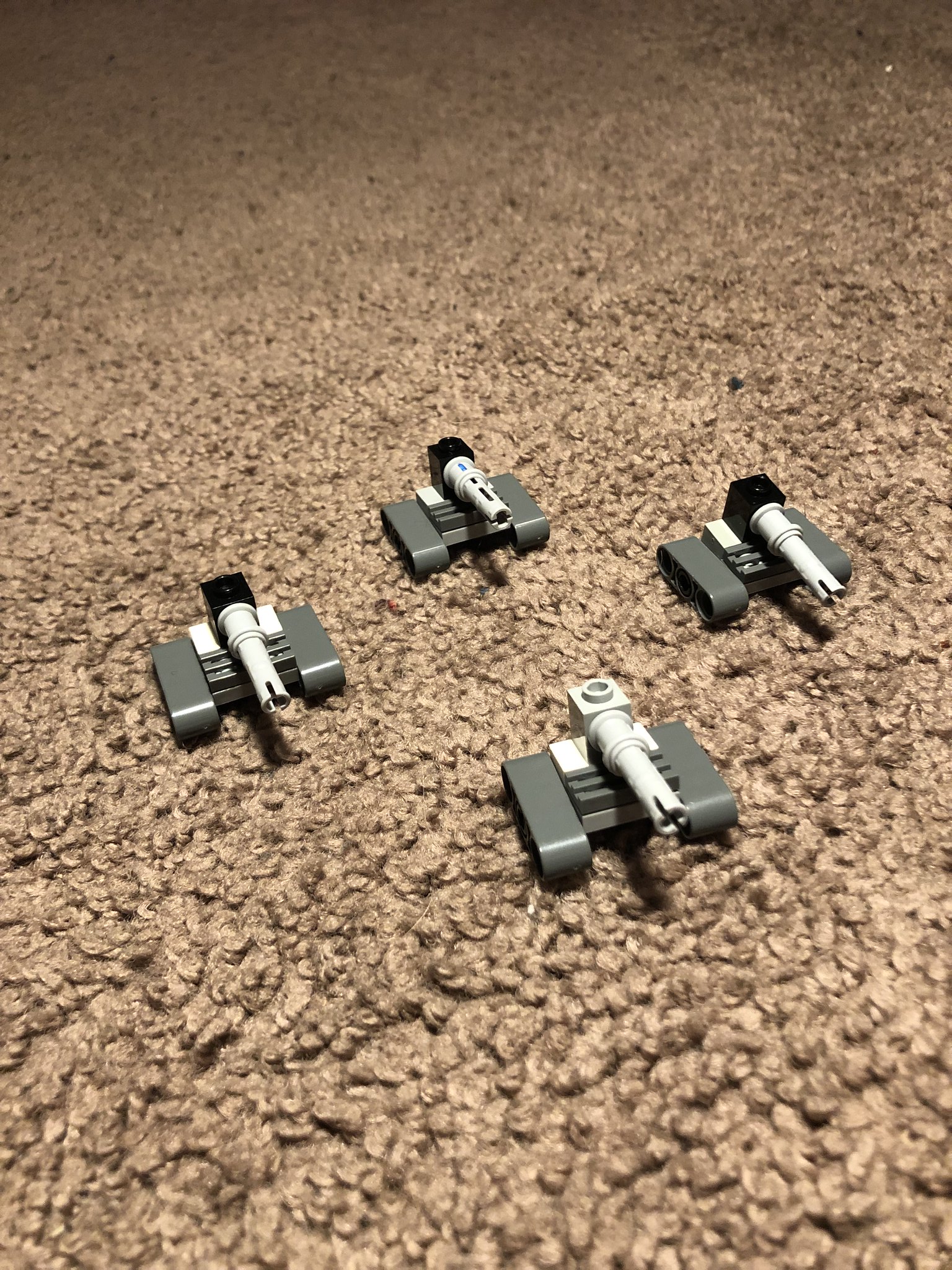 Easy to build in huge waves, Swarm Drones are created in massive quantities and often sent to the front lines with a variety of weapons in order to wreck as much havoc as possible to clear a path for the main forces They move incredibly fast and hit hard so they can maximize their damage potential before they are destroyed. Individual drones can be built to be used as stealth drones for intel or assassinations. 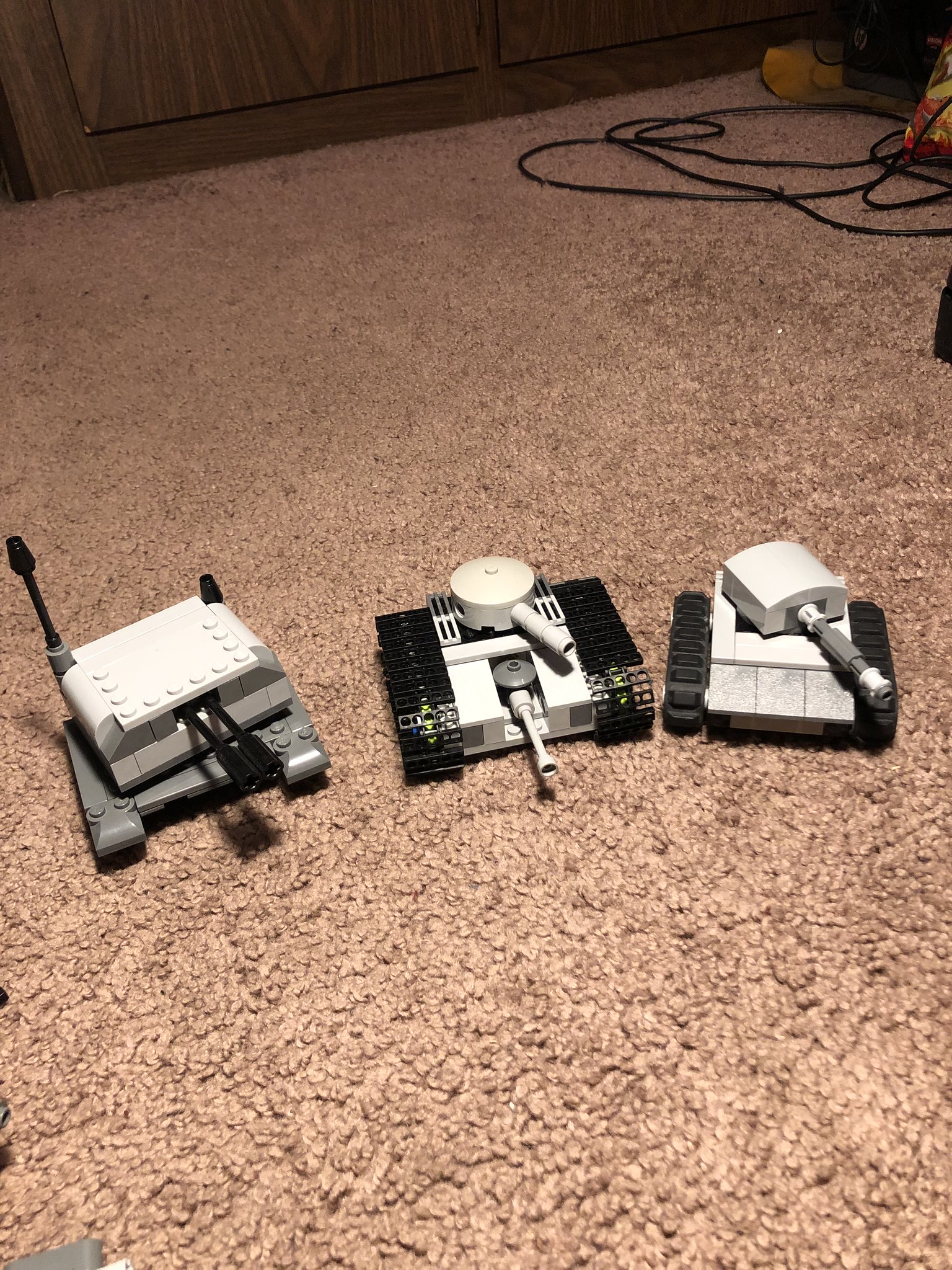 The heaviest weaponry currently in the Microfig arsenal. The Microfig tanks hold up surprisingly well against standard Minifig tanks. Sacrificing a bit of size in favor of speed and maneuverability. These examples include the Jitterbug Scout Tank (Left), the Baron-75 Main Battle Tank (Middle) and the Barricade Anti-Infantry tank (Right) 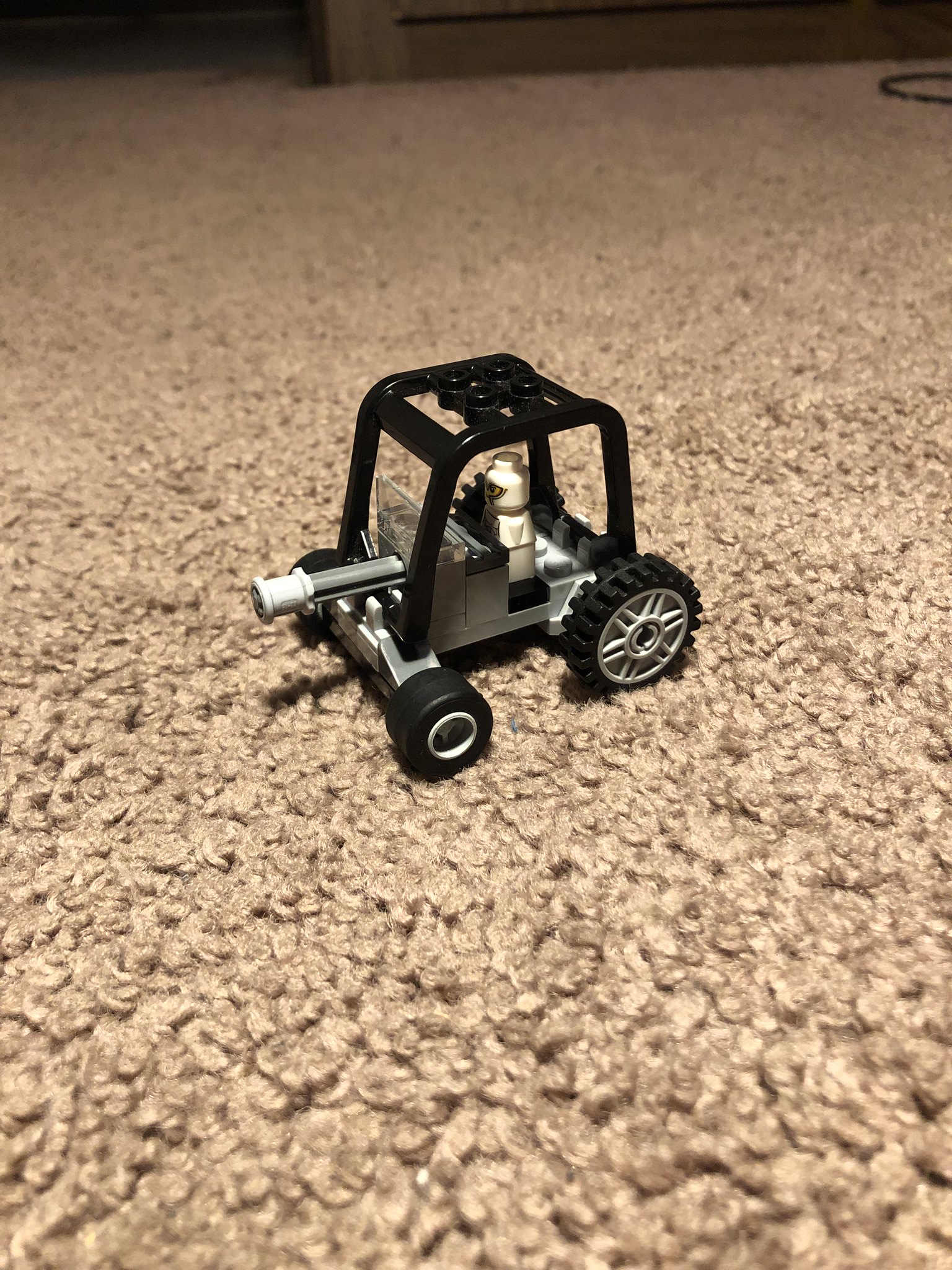 The Microfig Insurgency is designed to hit you fast and hard with guerrilla tactics, and to demolish an enemy before they have time to properly plan against such an attack. Blitz-Buggies are a huge part of this, as their speed and firepower are built to ambush entire squads of Minifigs at once. 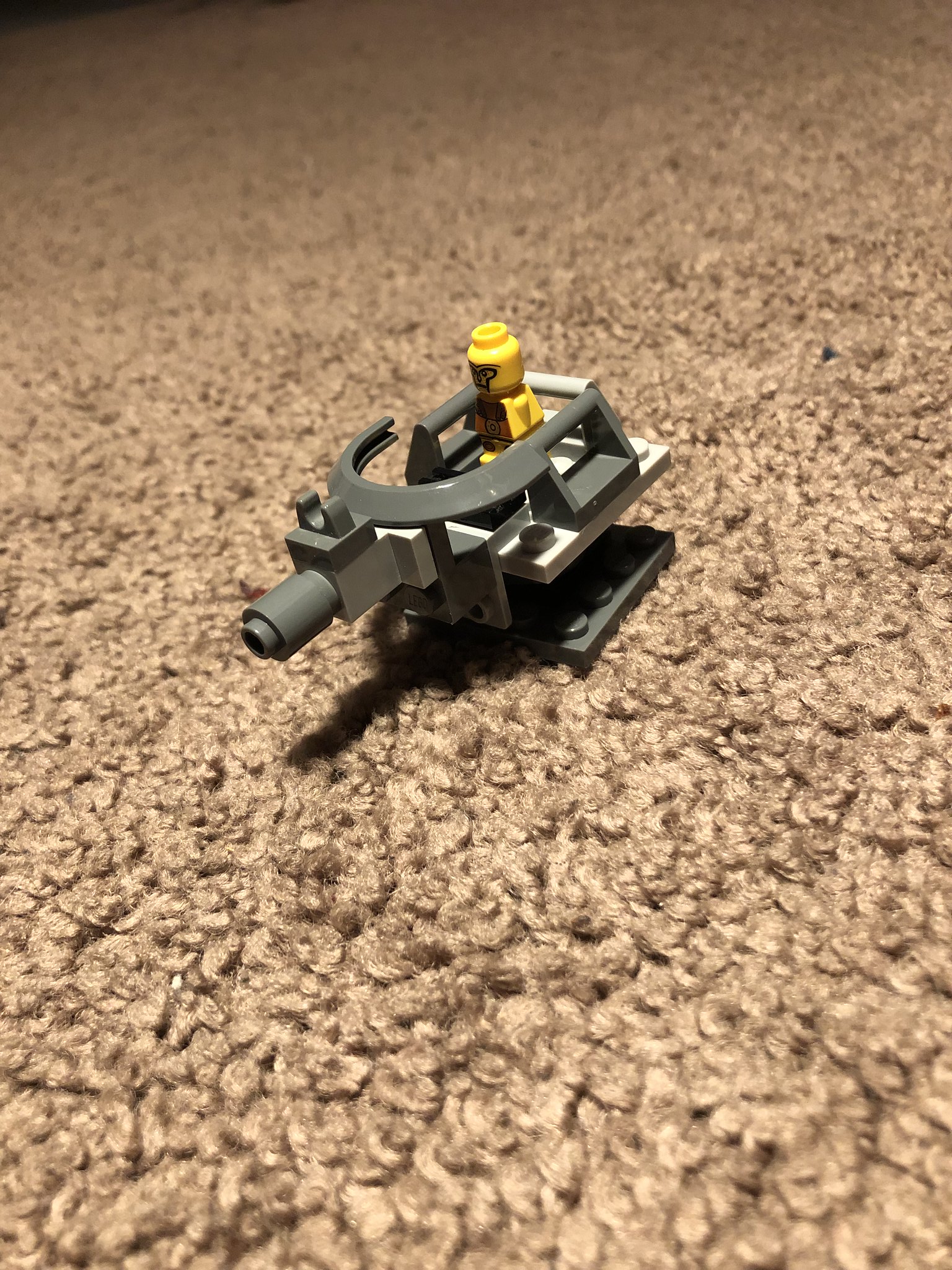 Collapsible turrets may be set atop tanks or other vehicles as a defense system, and later dropped onto the ground in order to help fortify a position. These turrets can easily be moved from place to place and fully deployed within seconds. 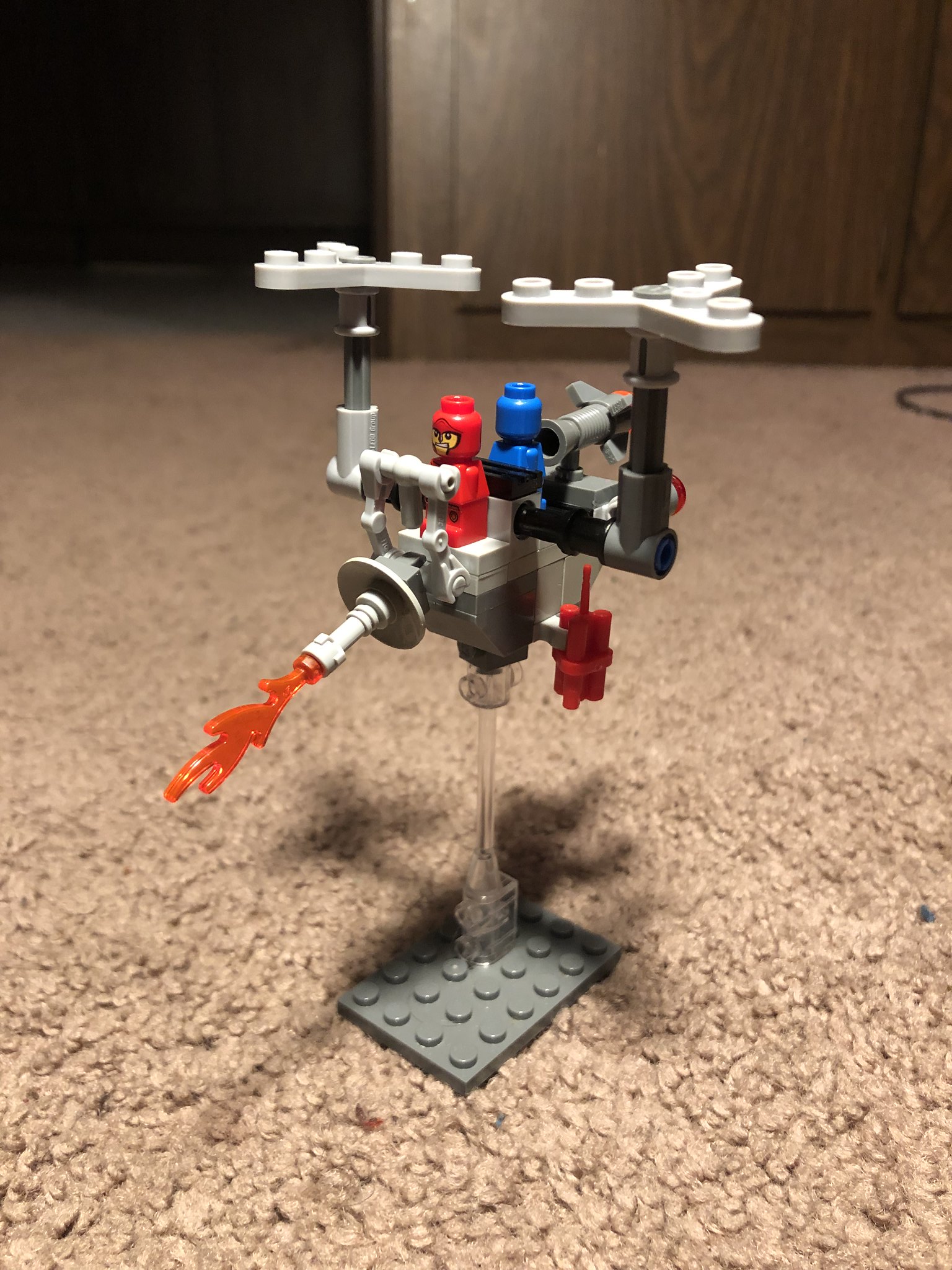 Last but not least, my 2019 HPH entry: The Microfig Revolution Airship. While fleets of starships are in the process of being created in order to liberate the Microfigs of other worlds. The battlefield air-support currently comes from airships and bombers (coming soon) armed to the teeth, these airships can deal with a large variety of enemies, no matter how many or how armored they may be.

So that's it! This is my second ever faction and one that was inspired by a couple builds from my first faction! I plan on posting updates and additional creations frequently in the future so be on the lookout for those! I really hope you guys like it and I hope that the Microfigs and their cause can soon find a way into the proper lore of the Brikwars universe!
Proud father of the Microfig Insurgency

I really like this faction, good work.
That's Supersonic Spaghetti Warrior to you, sir.

Thanks man! Had a bunch of Microfigs lying around from the old Minotaurus board game and wanted to do something with them! I definitely plan on expanding these guys a lot in the future!
Proud father of the Microfig Insurgency

Damn, you actually managed to make the vehicles feel like something that would exclusively belong to these microfigs. Wish I could have managed that with these Jack Stone figs.

Damn, this is cool. I remember I used to BrikWar against myself (

) with my own figs from the Minotaurus game when I was younger. Maybe I should dig them up and make my own Microfigs Insurgency . . .
Formerly known as TheVengefulOne. Times banned by Natalya: 10 (+ 1 alt).

This is awesome, now we need a Protofig faction.
Yeah, you know who I am

And the best part is, they still look so adorable with their tiny guns and tiny vehicles.