Ambush by the ruins [HH]

Ambush by the ruins [HH]

This battle was fought a couple of days ago in preparation for a larger battle we are planning. So i grabbed a few minifigs, some dice and the 2005 rulebook and went to my friend's place to check out his collection. Turns out he has a huge box full of pirate and old (=no peaches) Star Wars stuff as well as a suitcase full of 80ies Lego. This time we settled on a small skirmish to get more familir with the rules. Ill preparation means we only had a mobile phone to take pictures, so sorry about the quality. The amount of bloodshed was decent though.
The story you ask? Well, there is this unbearably handsome do-gooder hero who really deserved a lesson or so my orks decided: 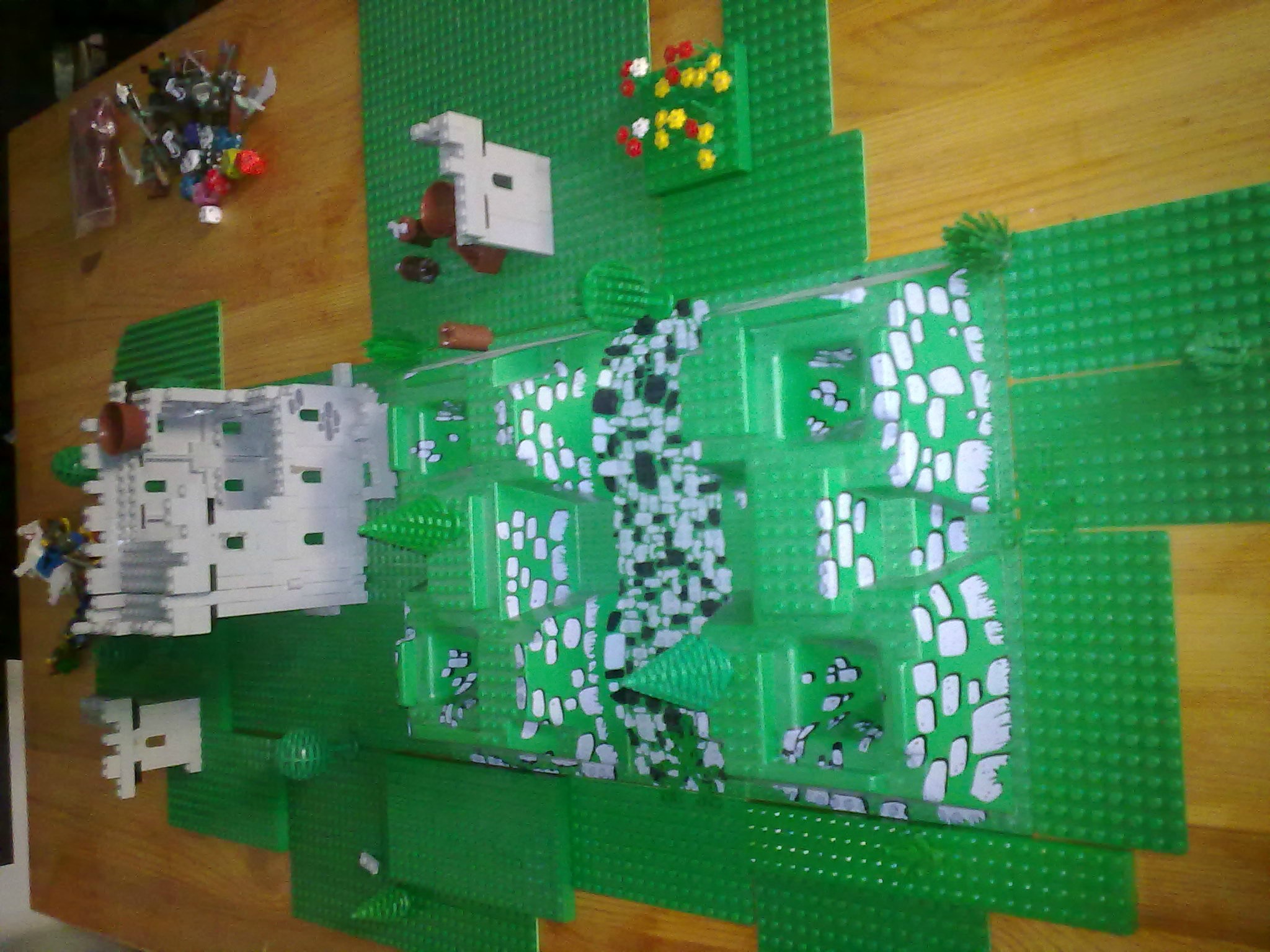 The battlefield. A couple of baseplates and some medieval ruins. 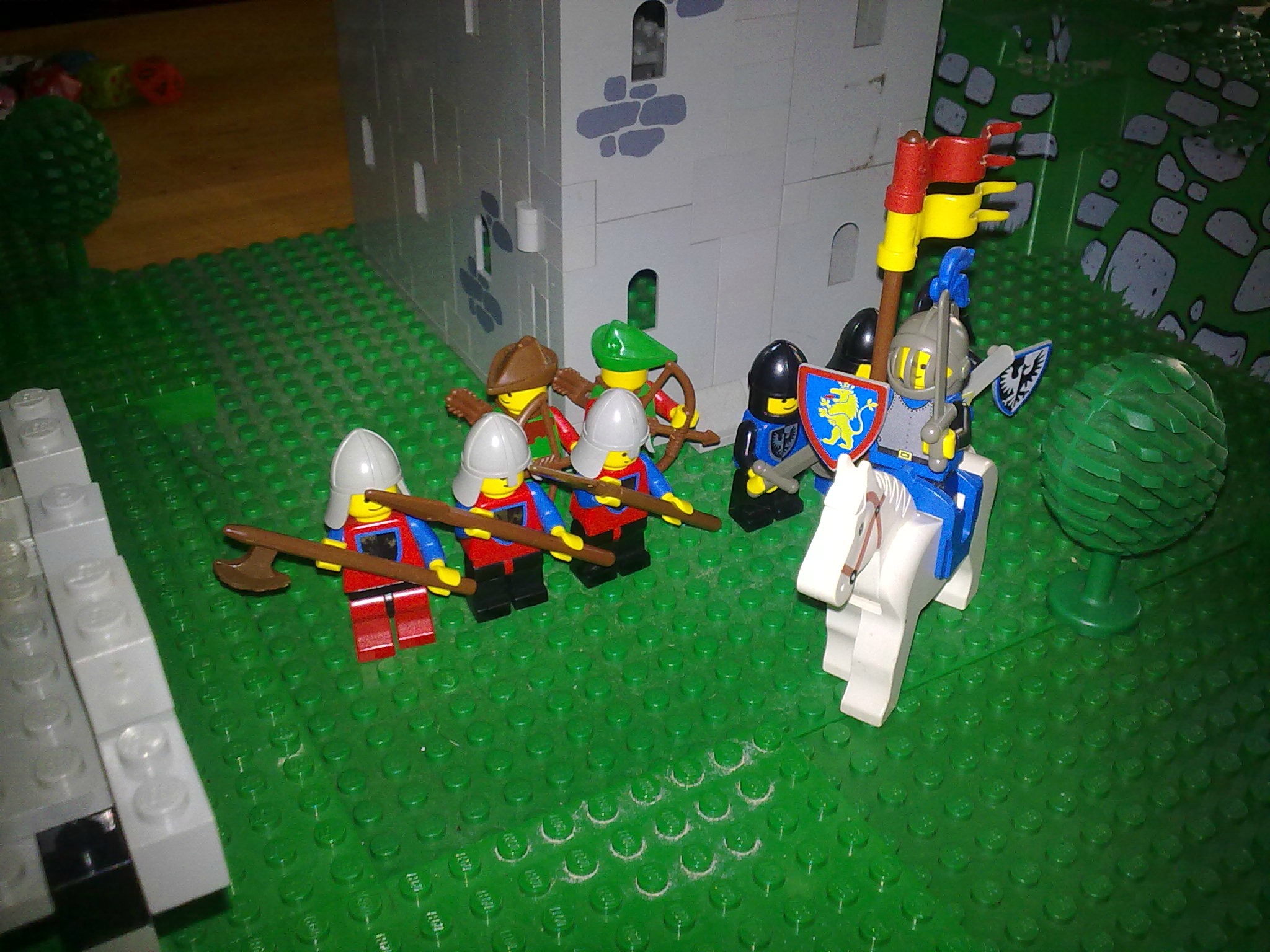 The good guys. Their hero is mounted. 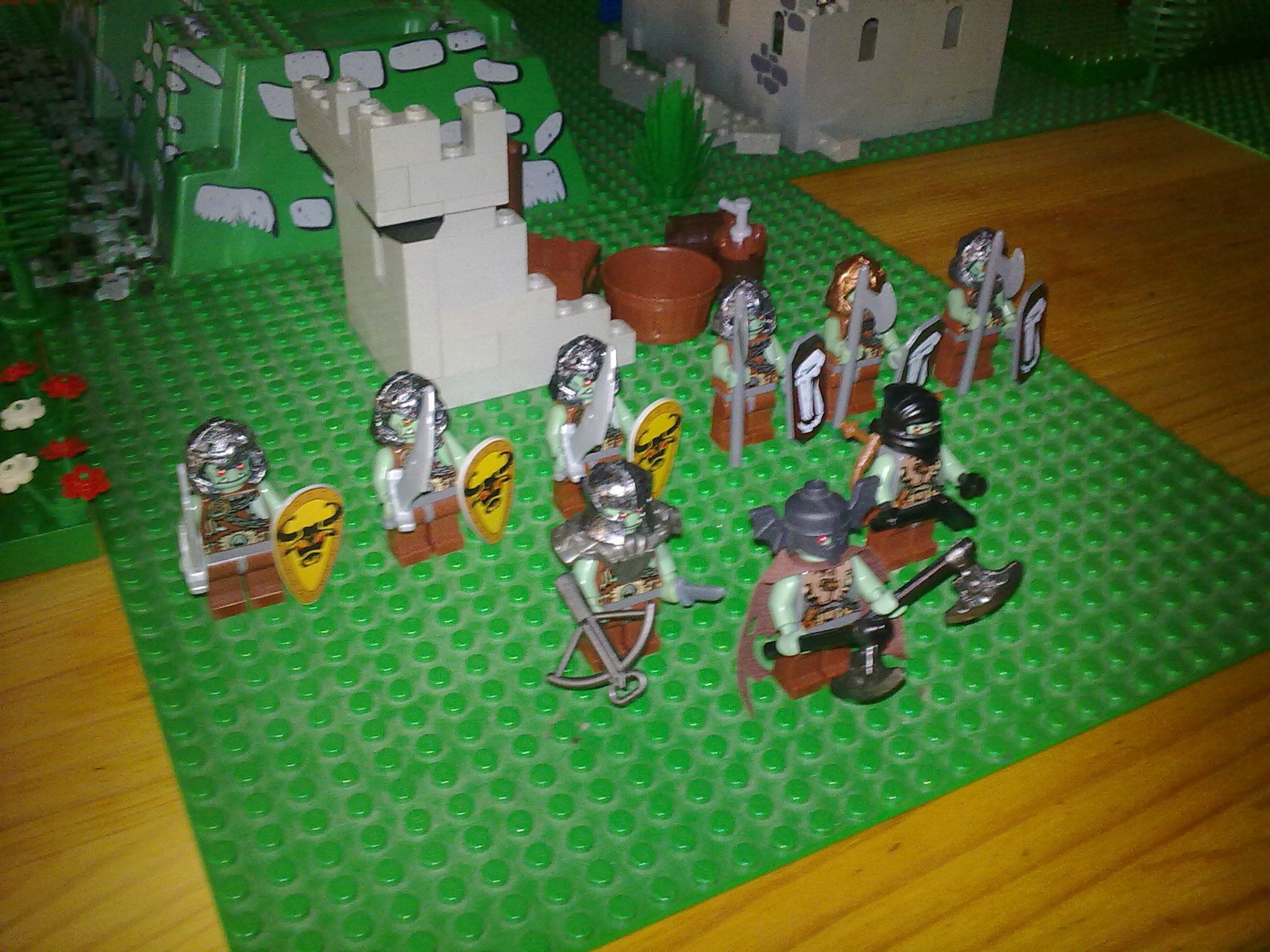 My orks. The one with the bat helmet is the hero. 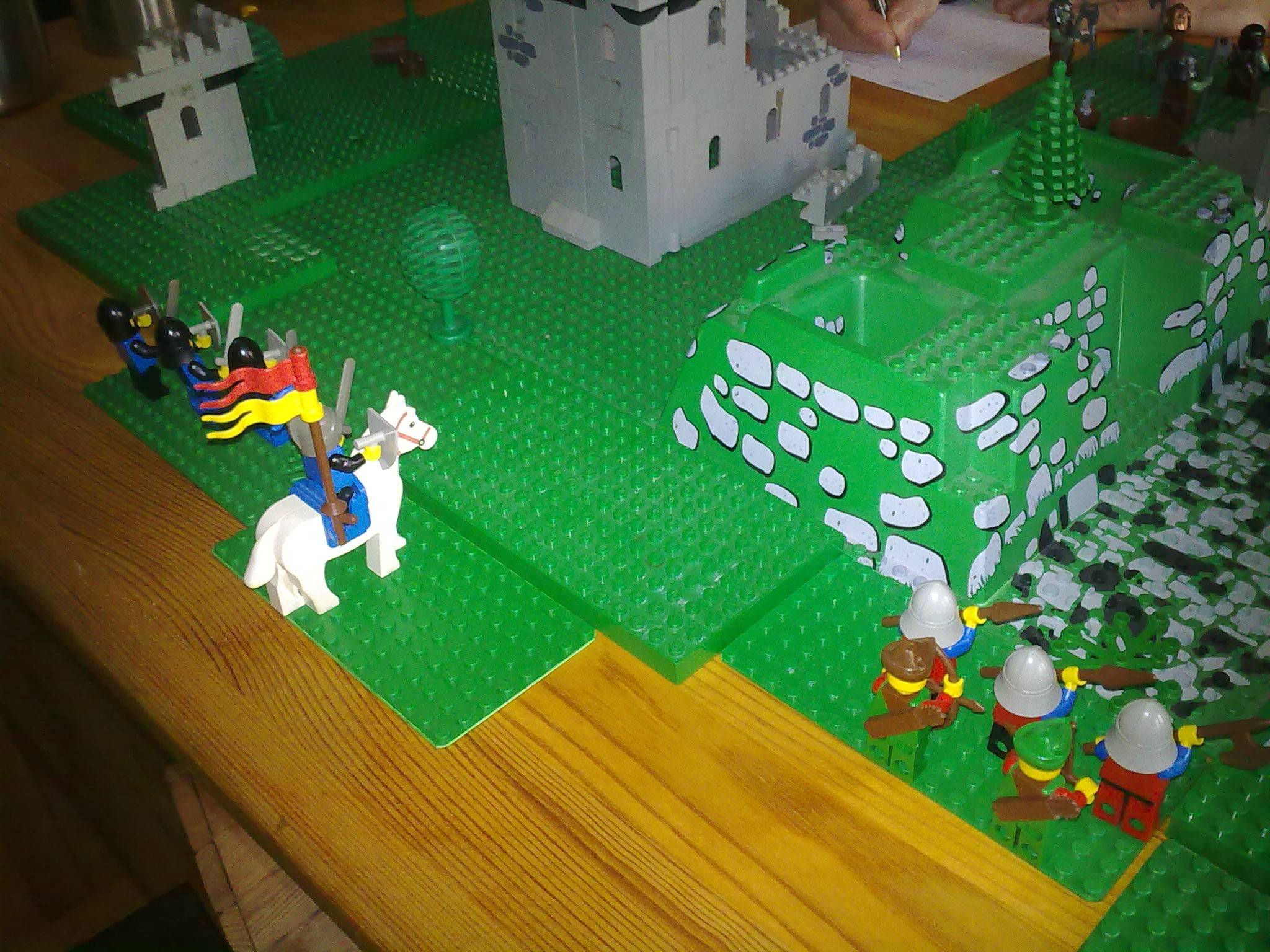 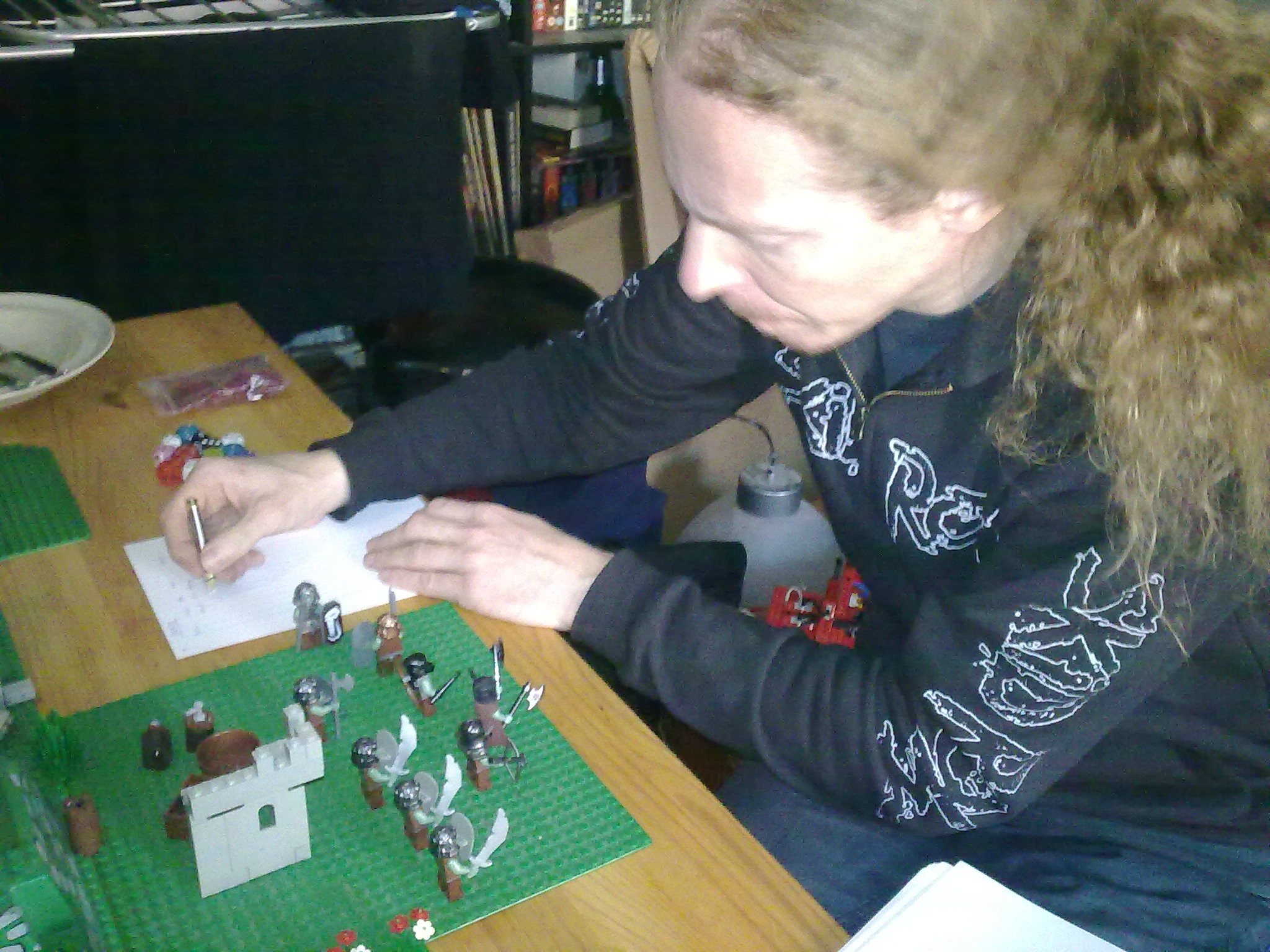 Yours truly taking some notes. 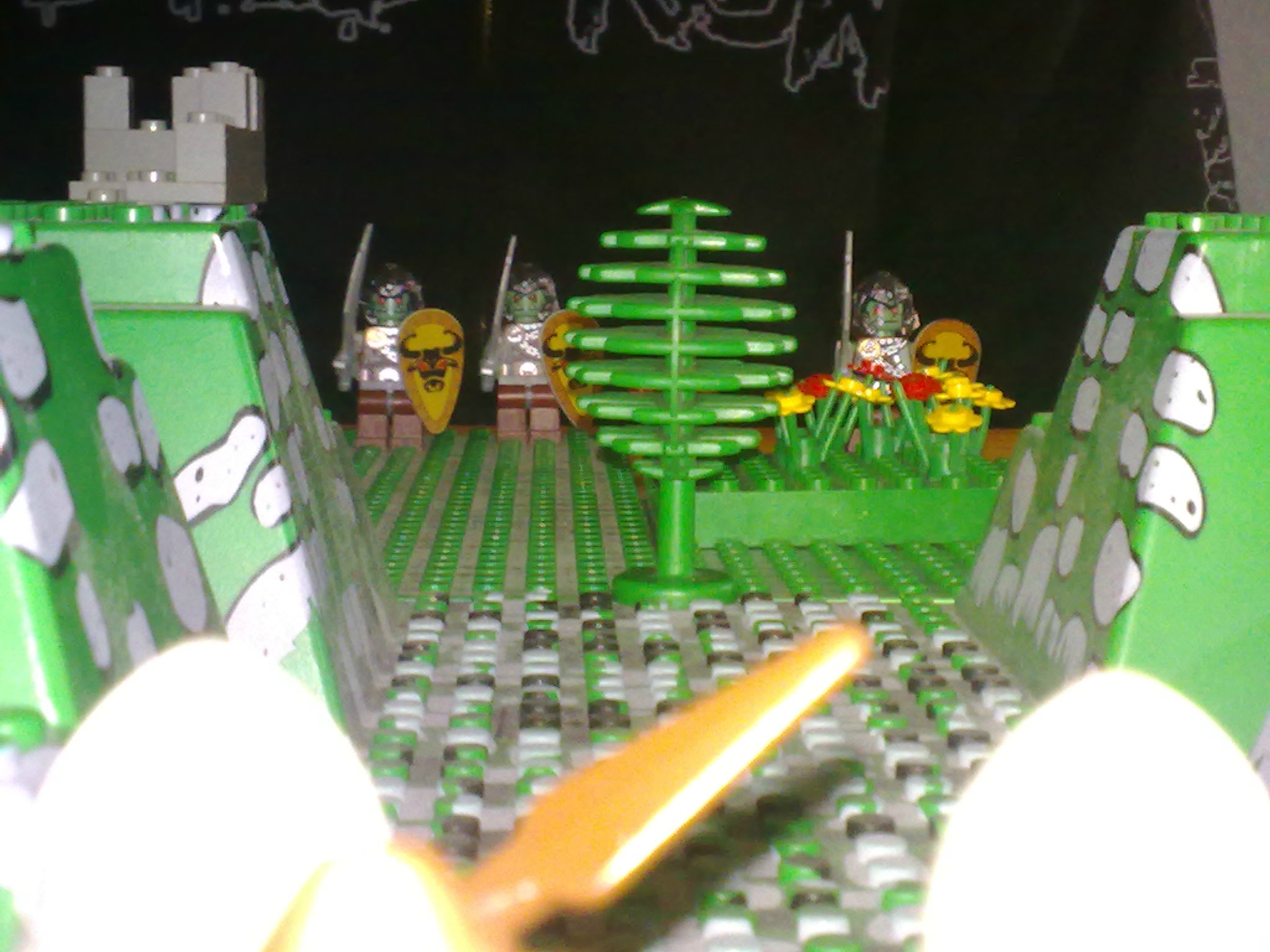 A view towards my forces. 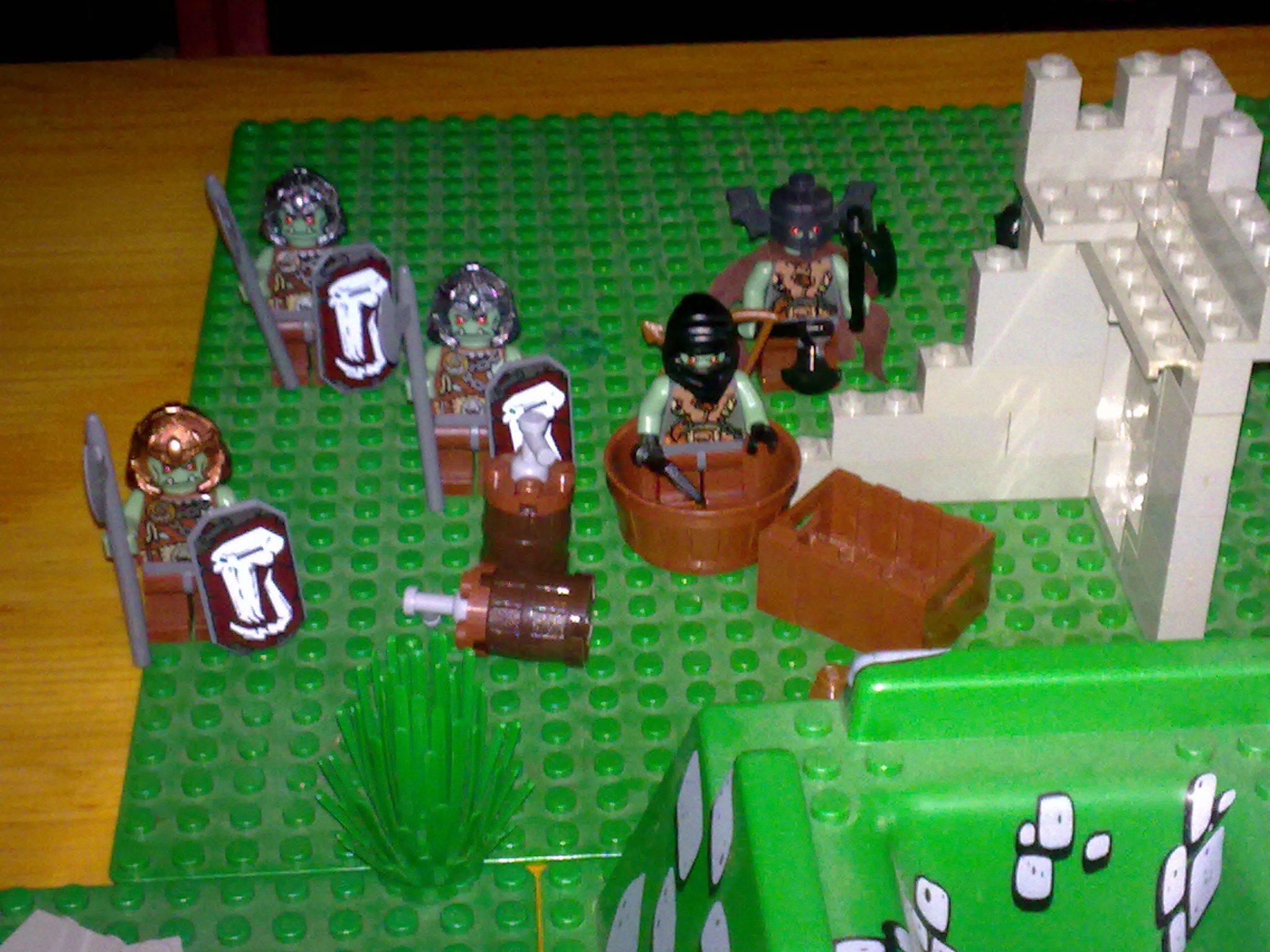 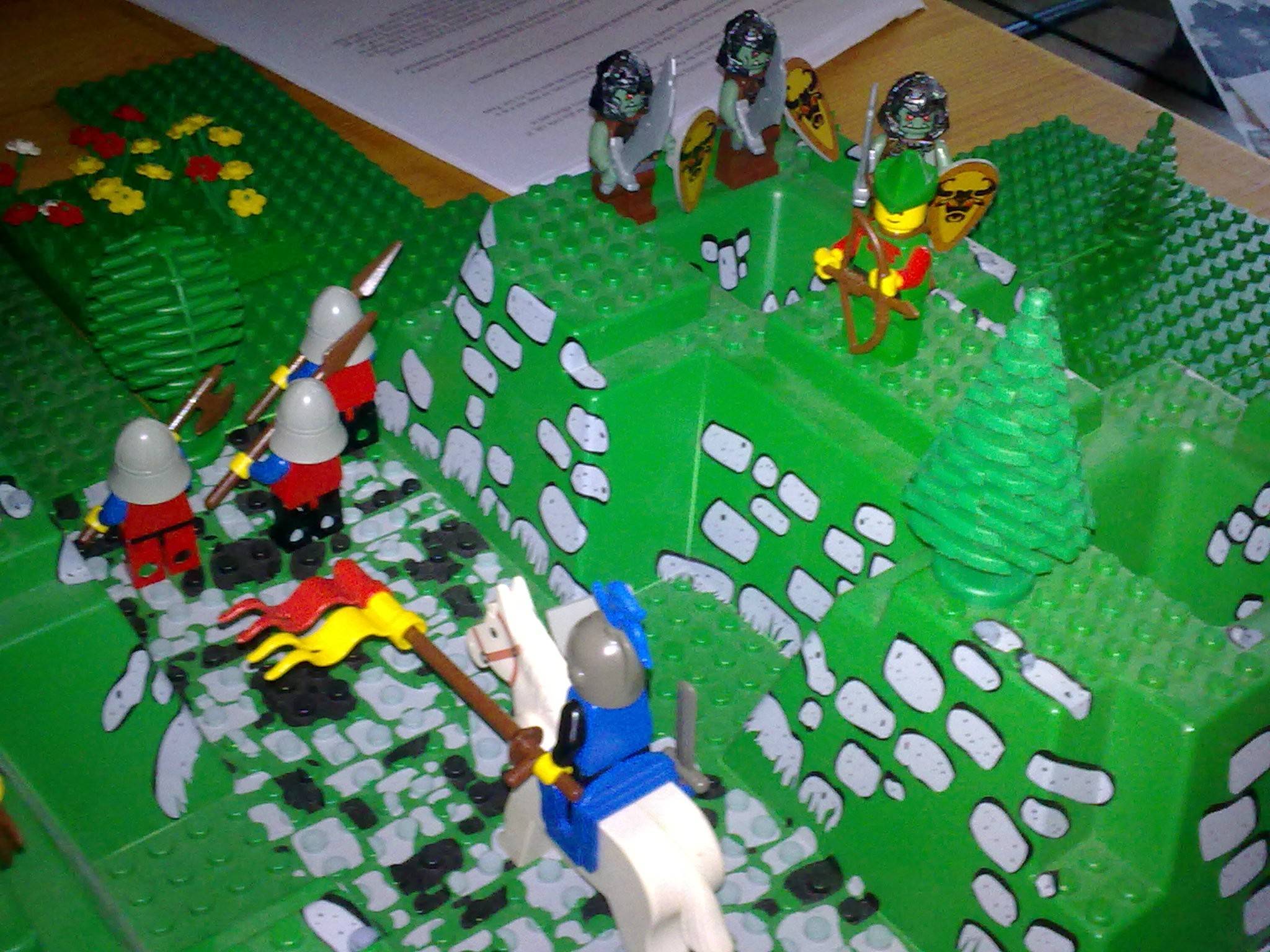 There was only movement in the first two turns. 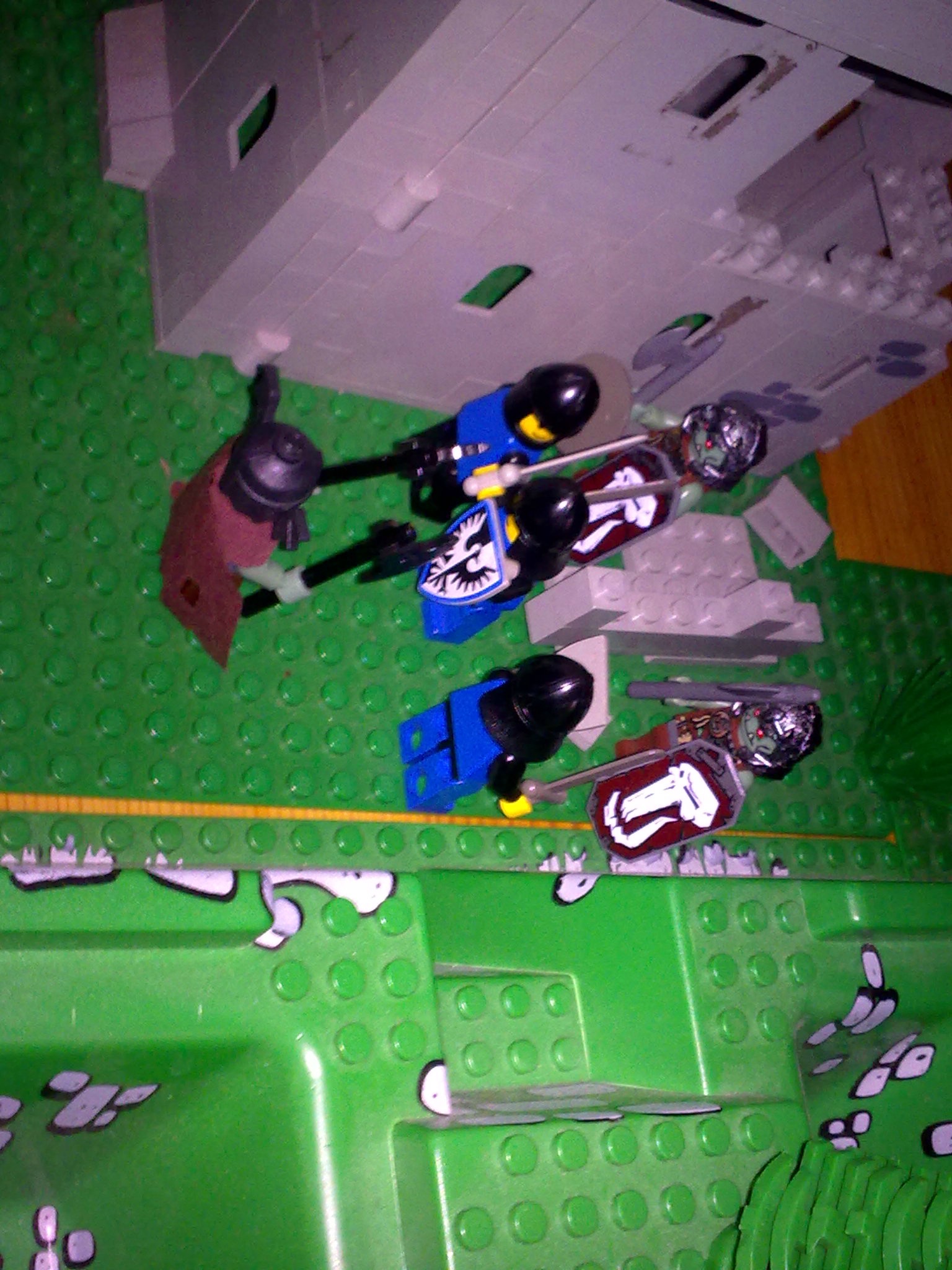 My hero appears behind enemy lines! 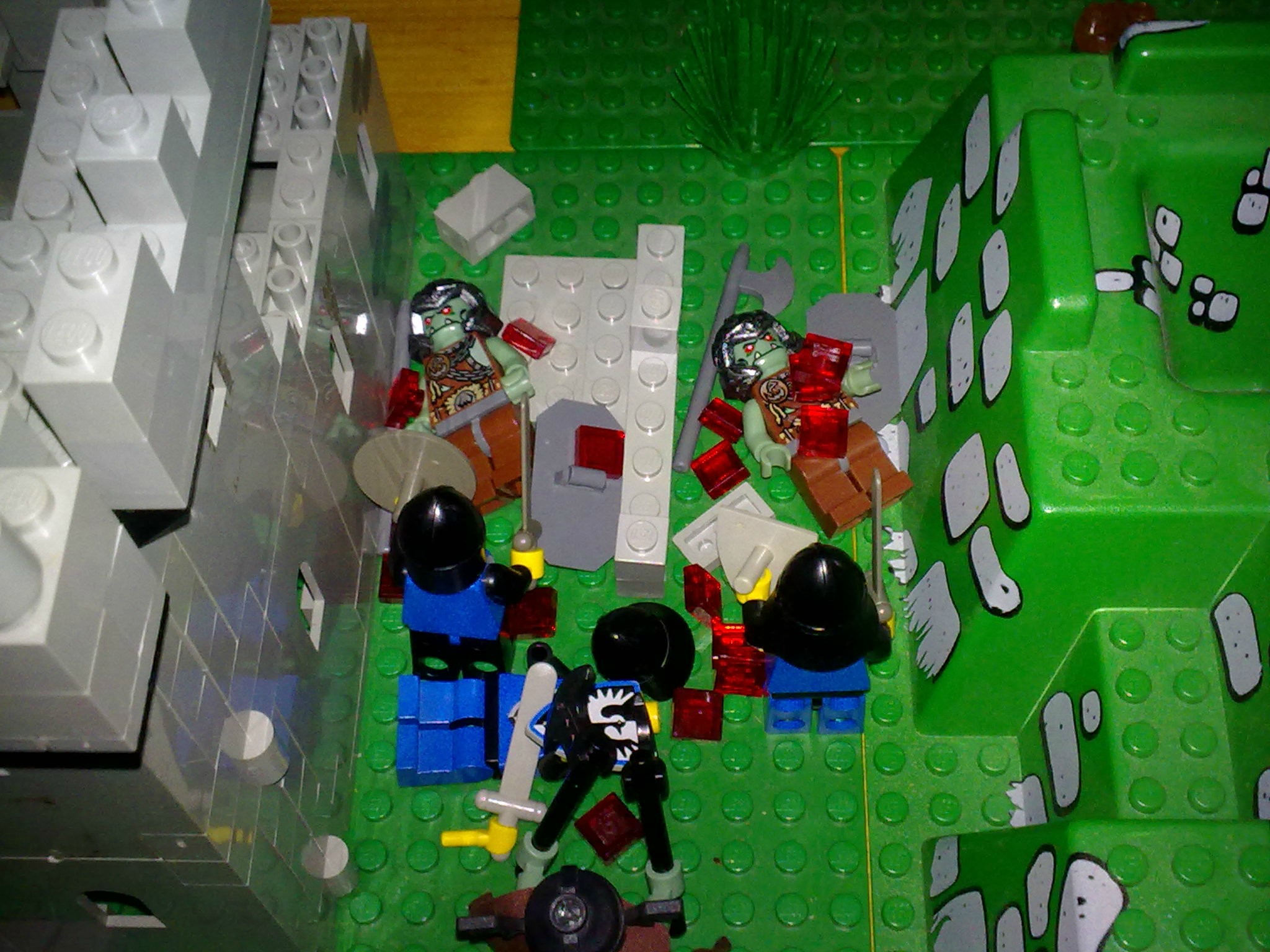 The following exchange of blows causes the first casualities. 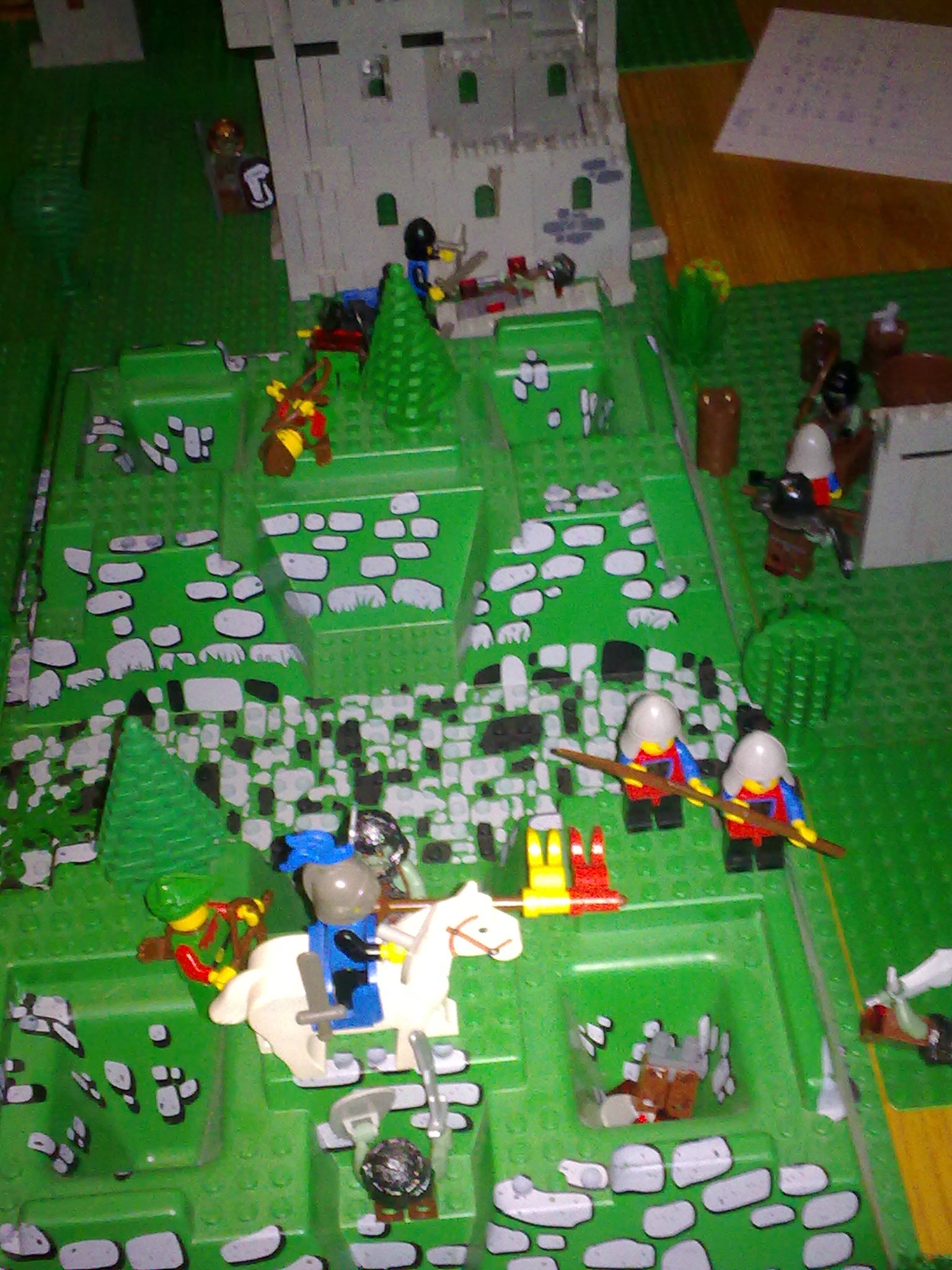 Good hero and pals kill some orks on the other side. 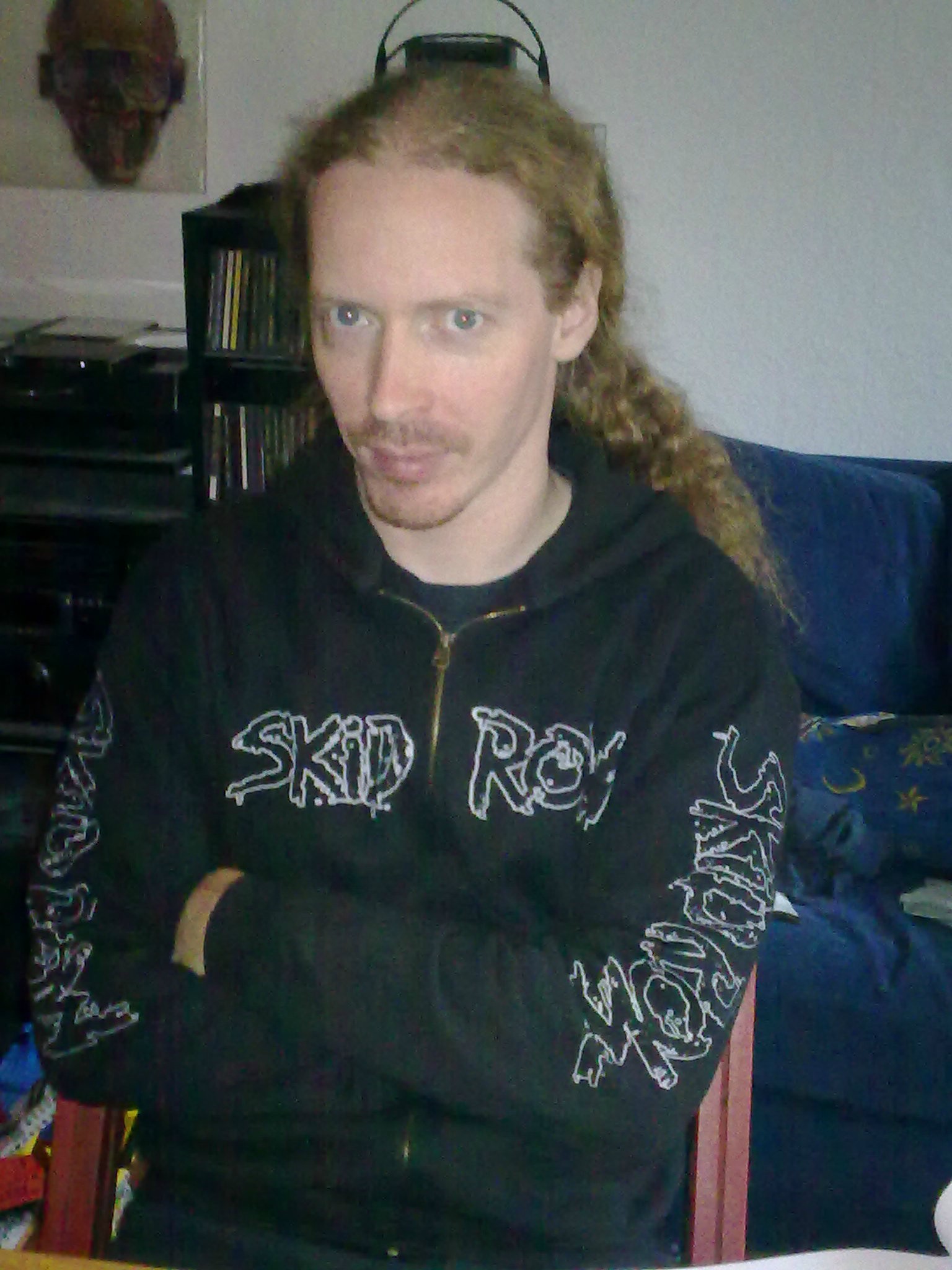 Brooding on what to do next... 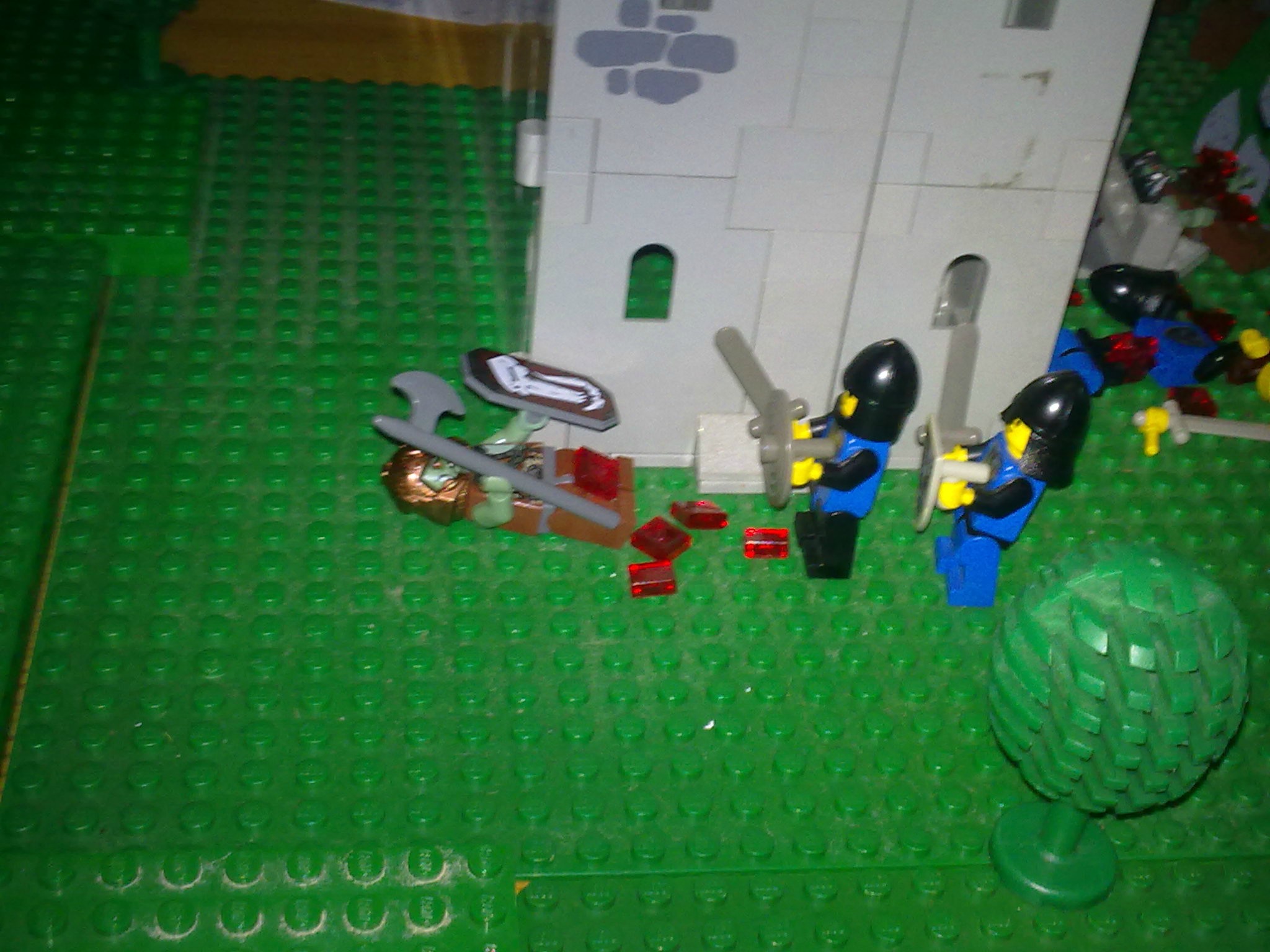 Things did not look well on my right flank. 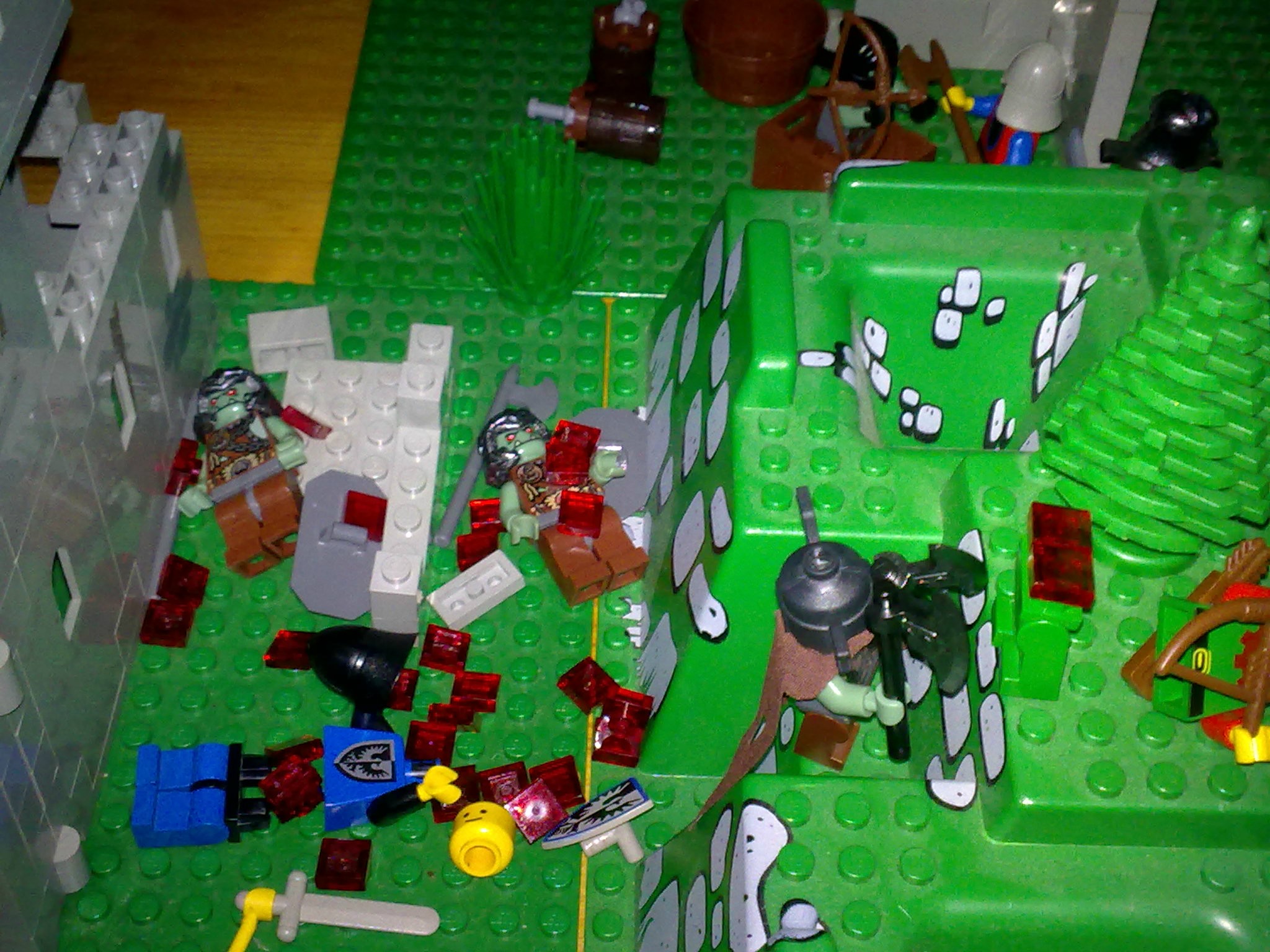 At least my hero was on a killing spree finishing off more Robin Hood look-a-likes. 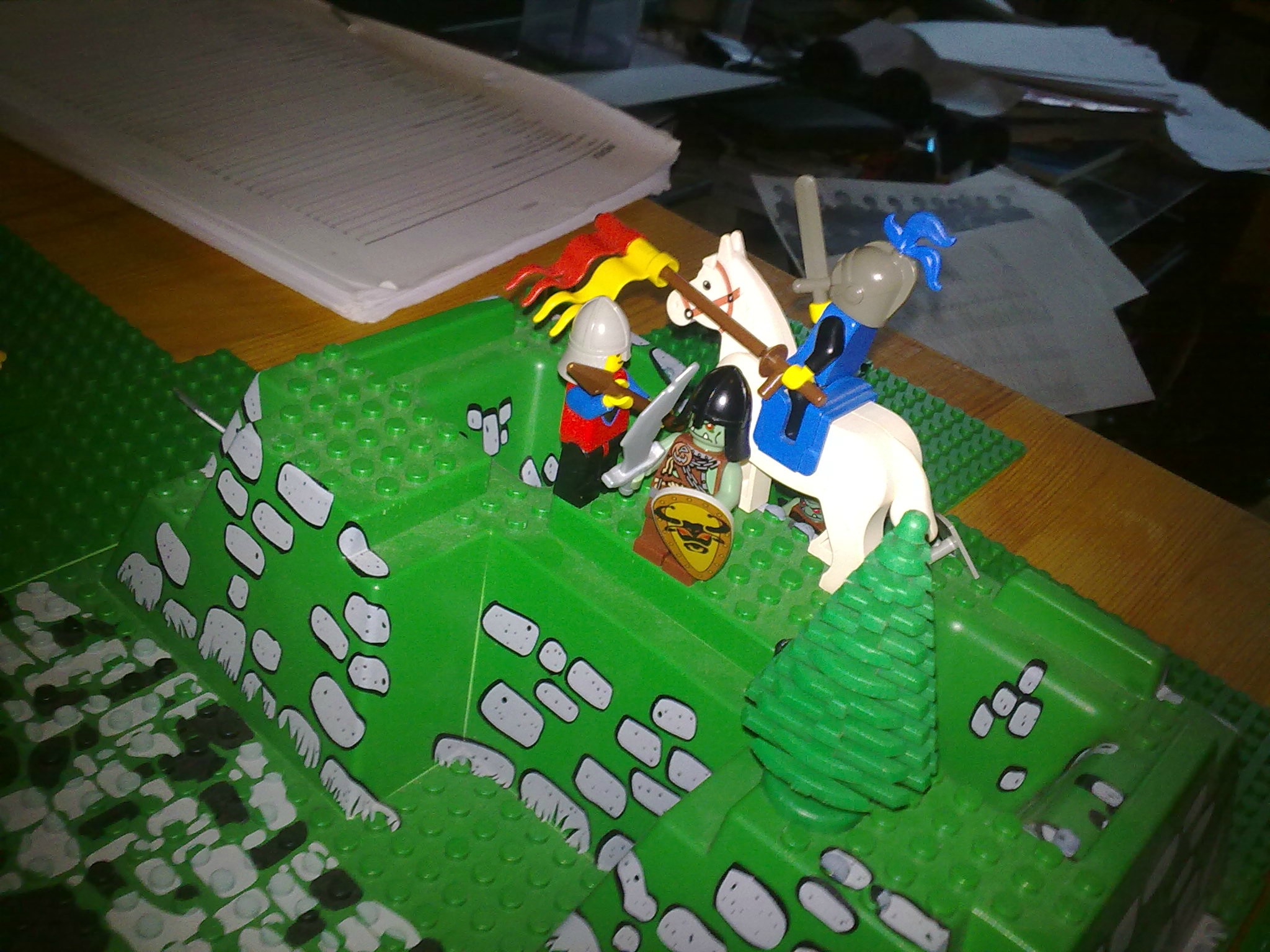 One of the few sharp pics we took 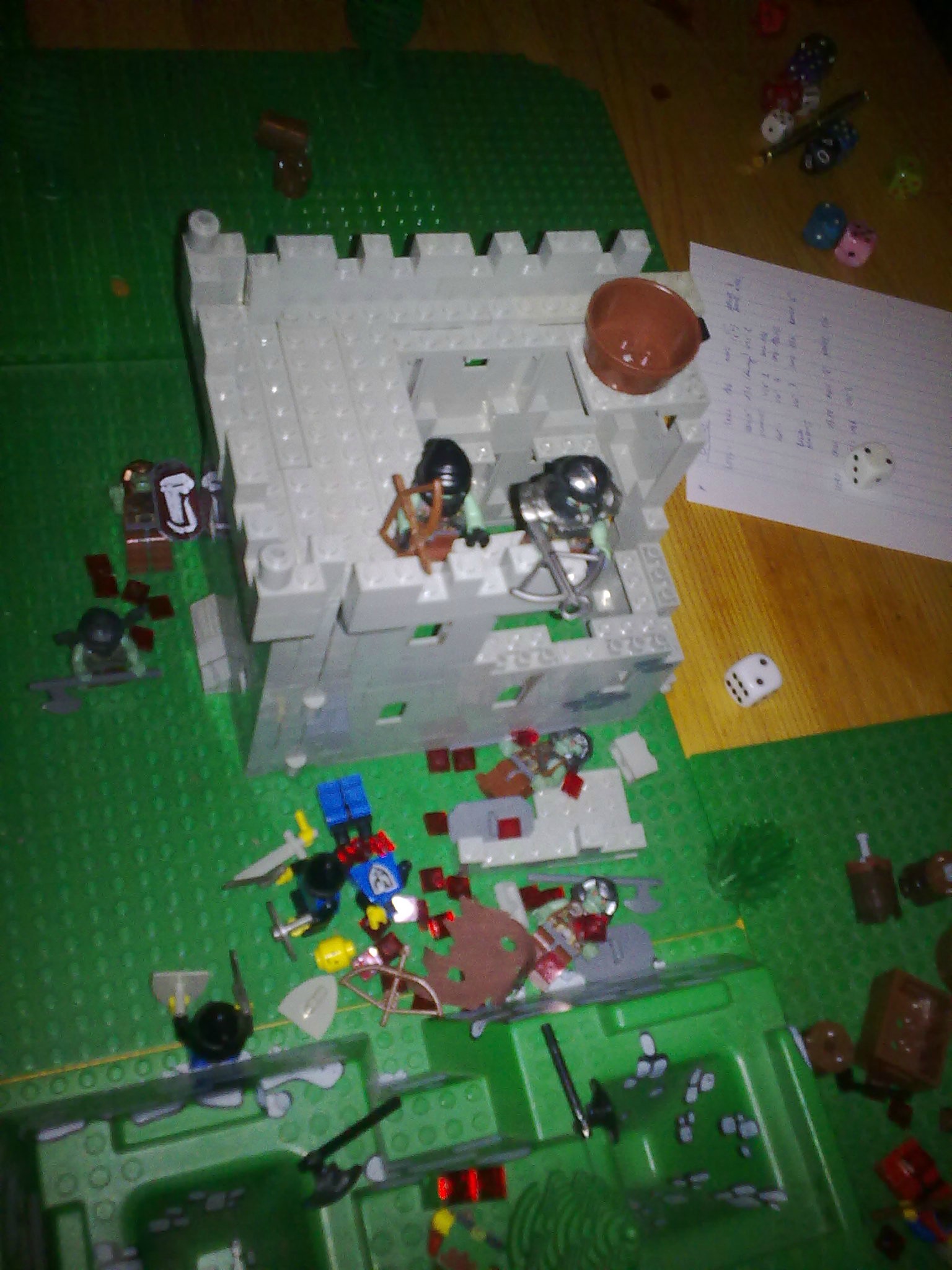 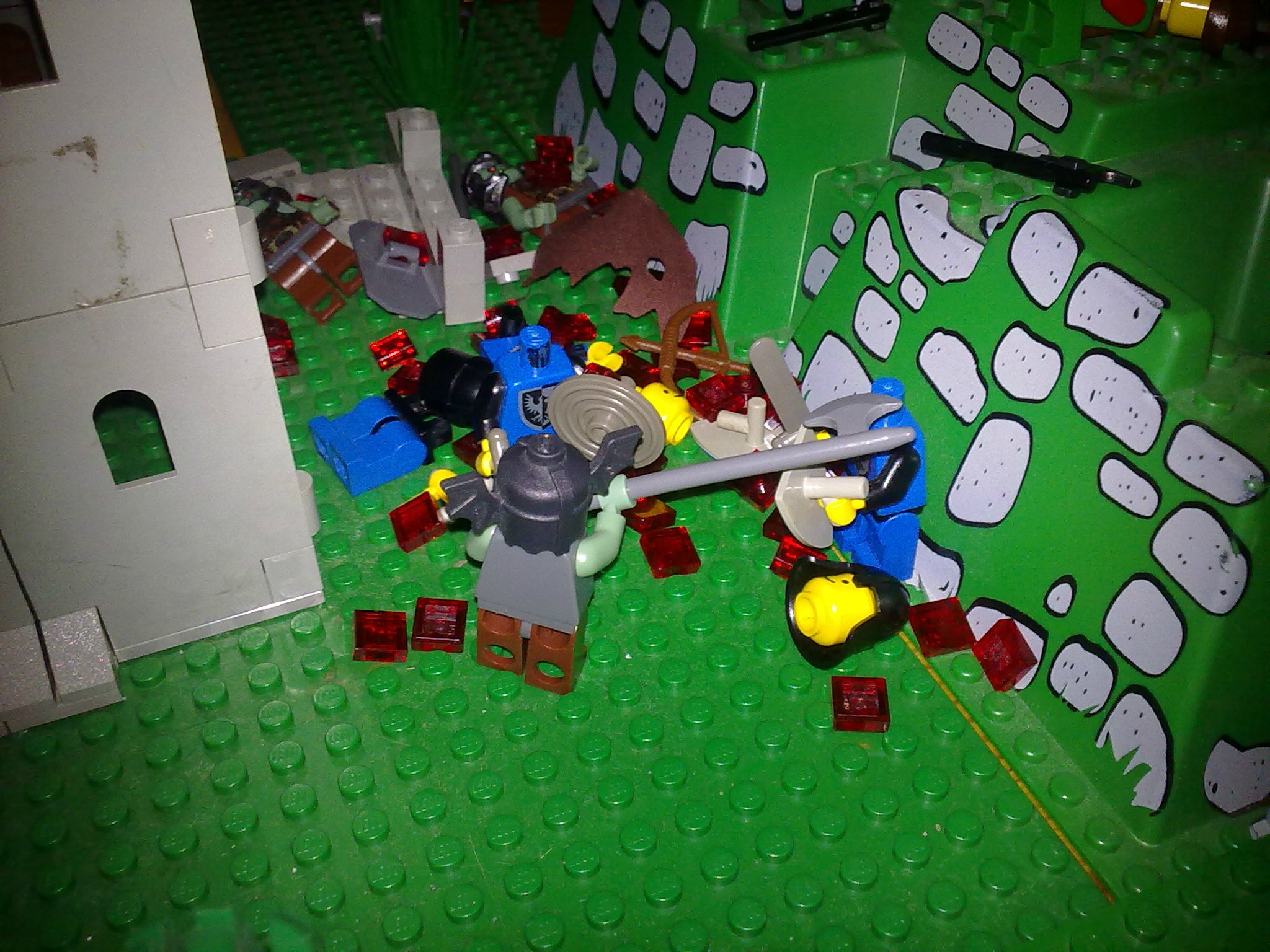 While their hero killed everyting off downstairs. 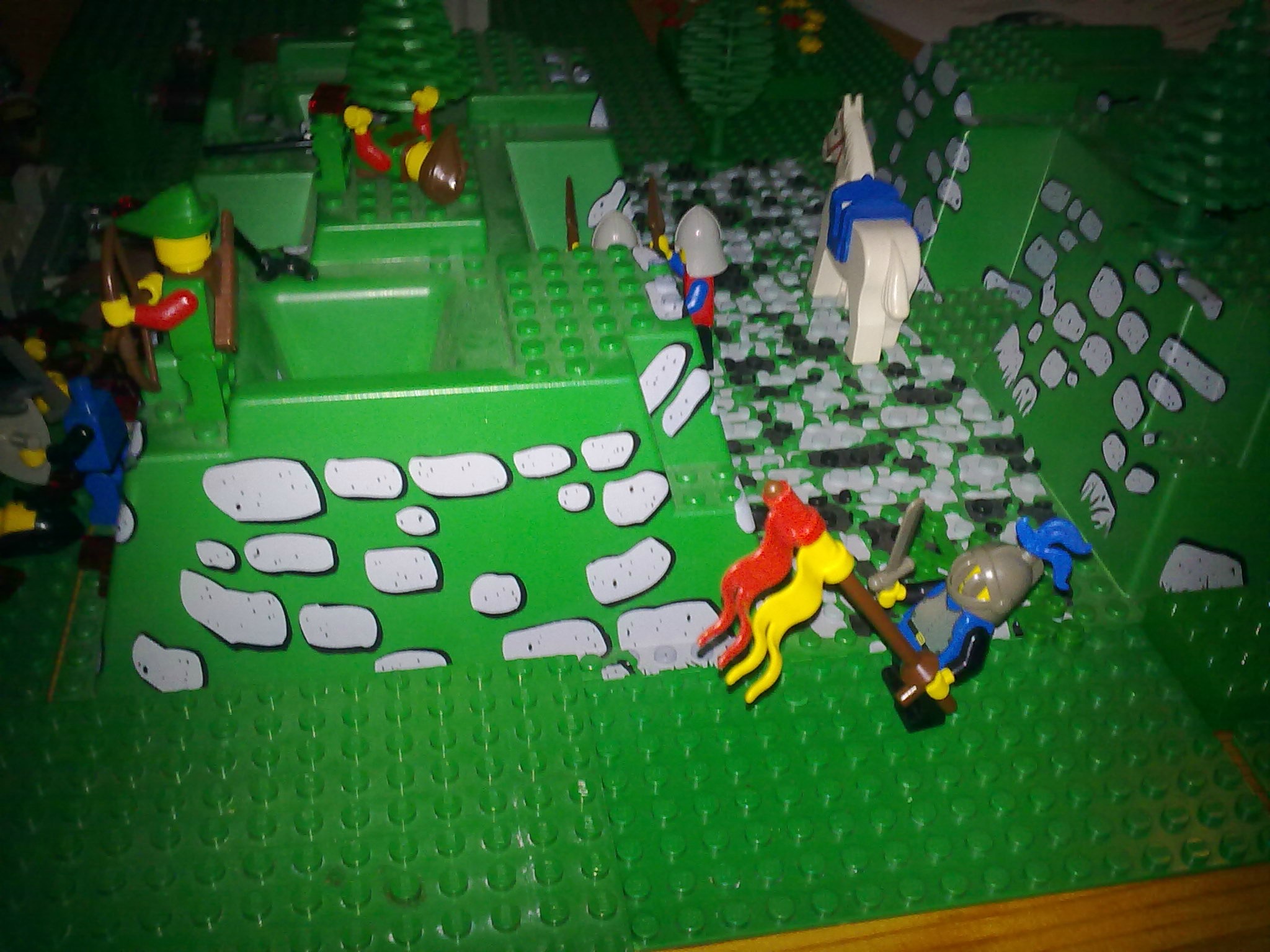 Eventually the good hero was unhorsed. 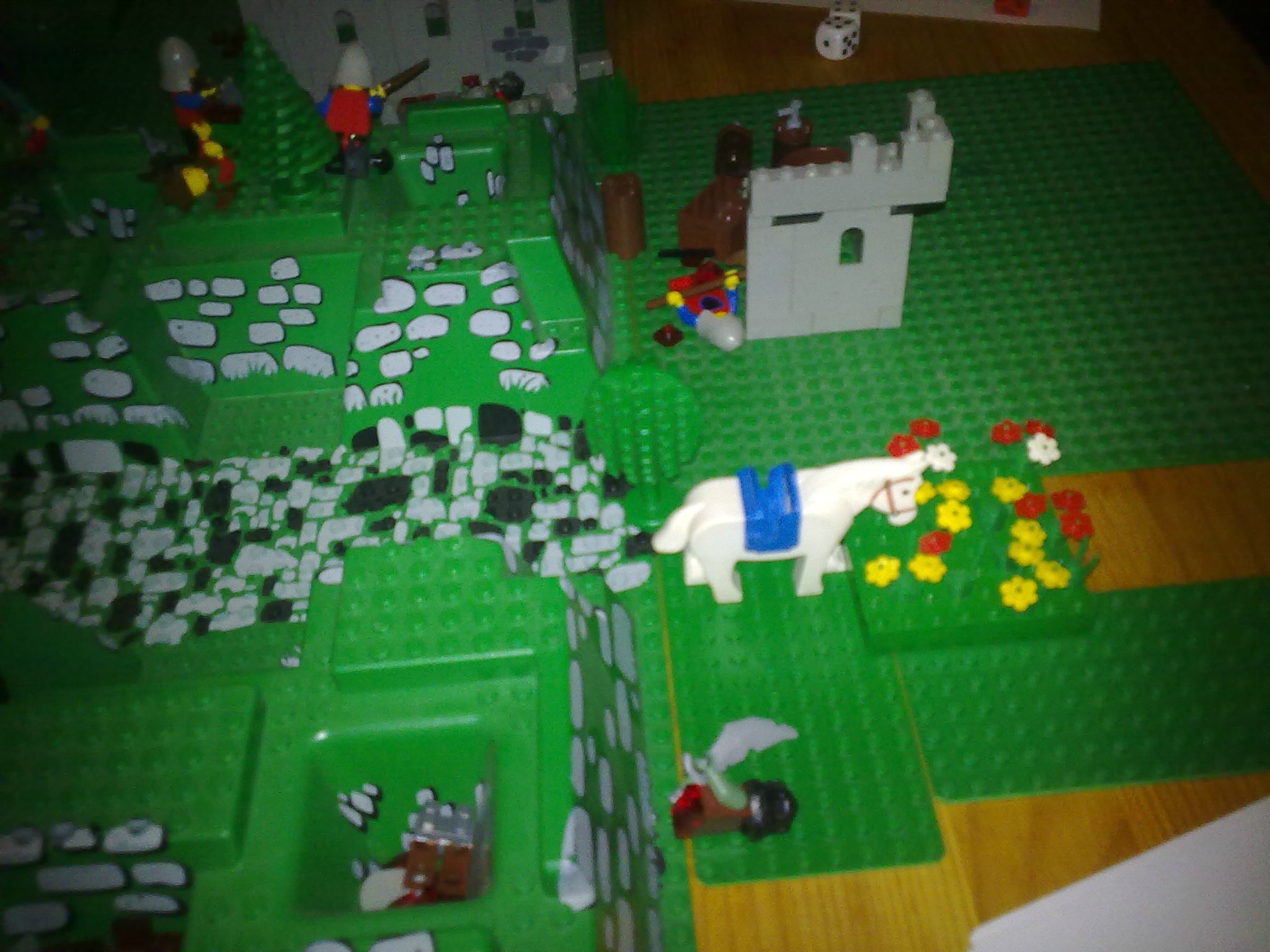 His horse ran off to eat some flowers! 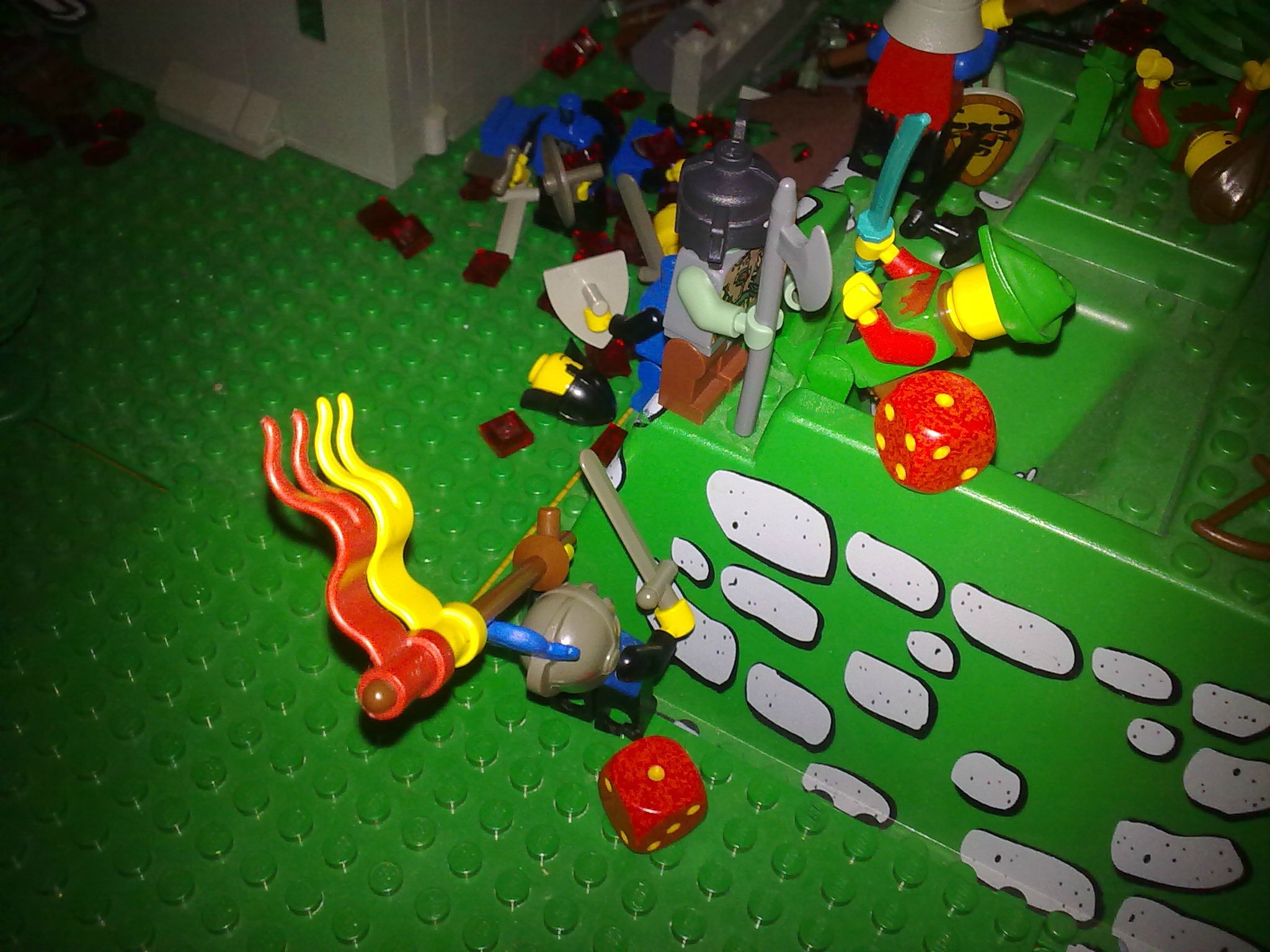 The heroes getting closer to each other. 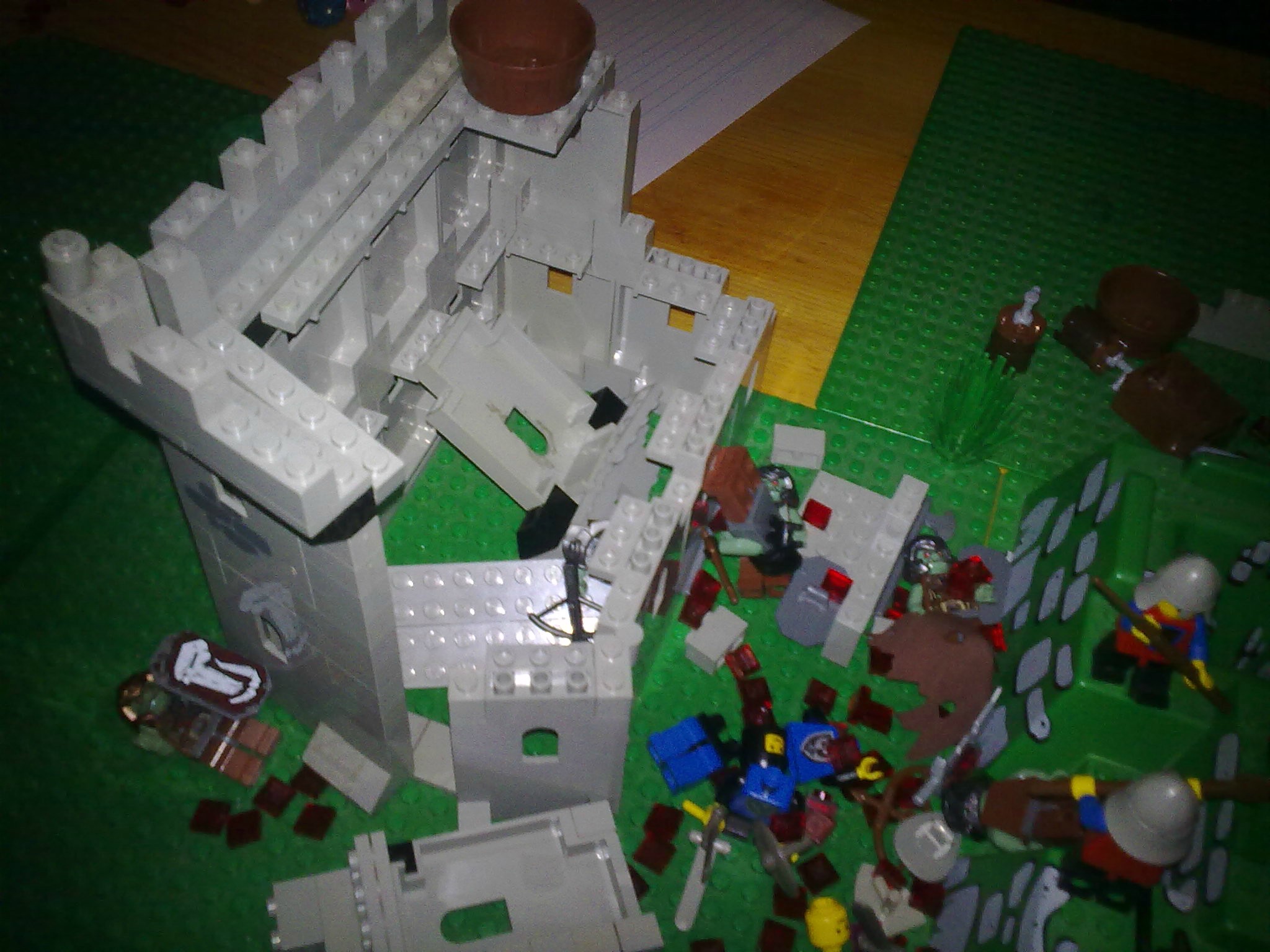 The good guy has the nerves to summon an earthquake somehow! 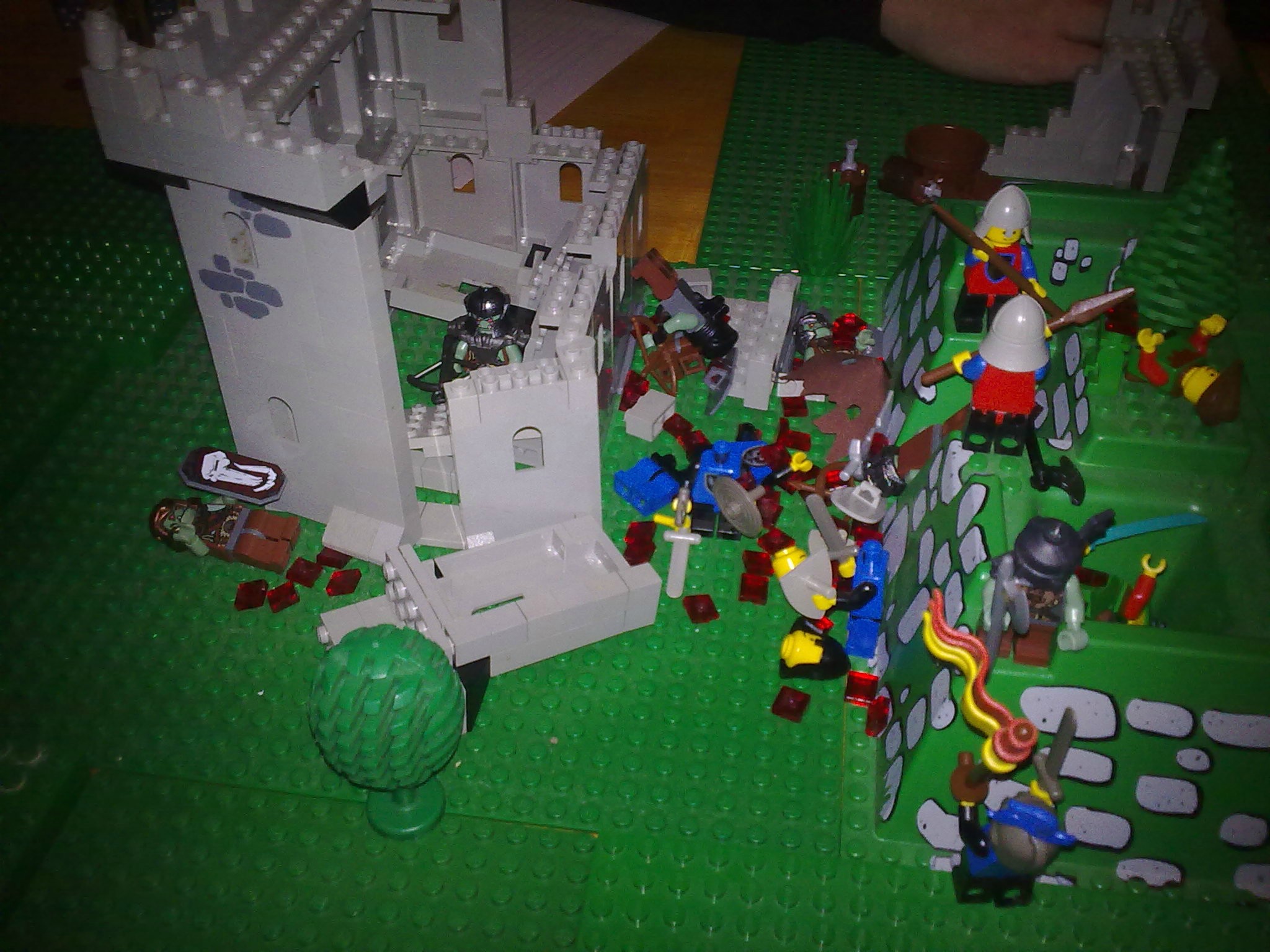 One assassin survives while the heroes remain locked in mortal combat. 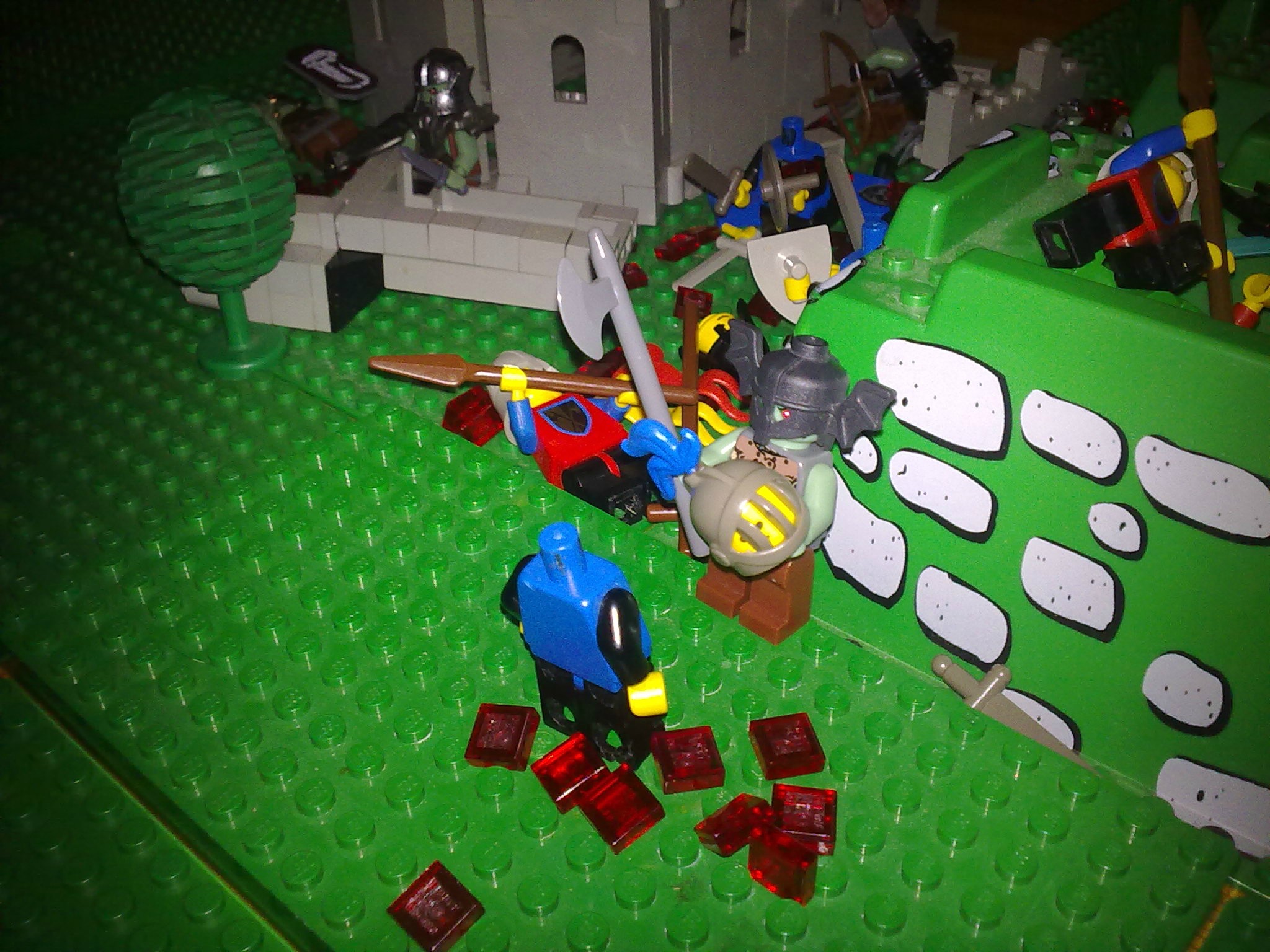 In the end, evil emerges victorious! 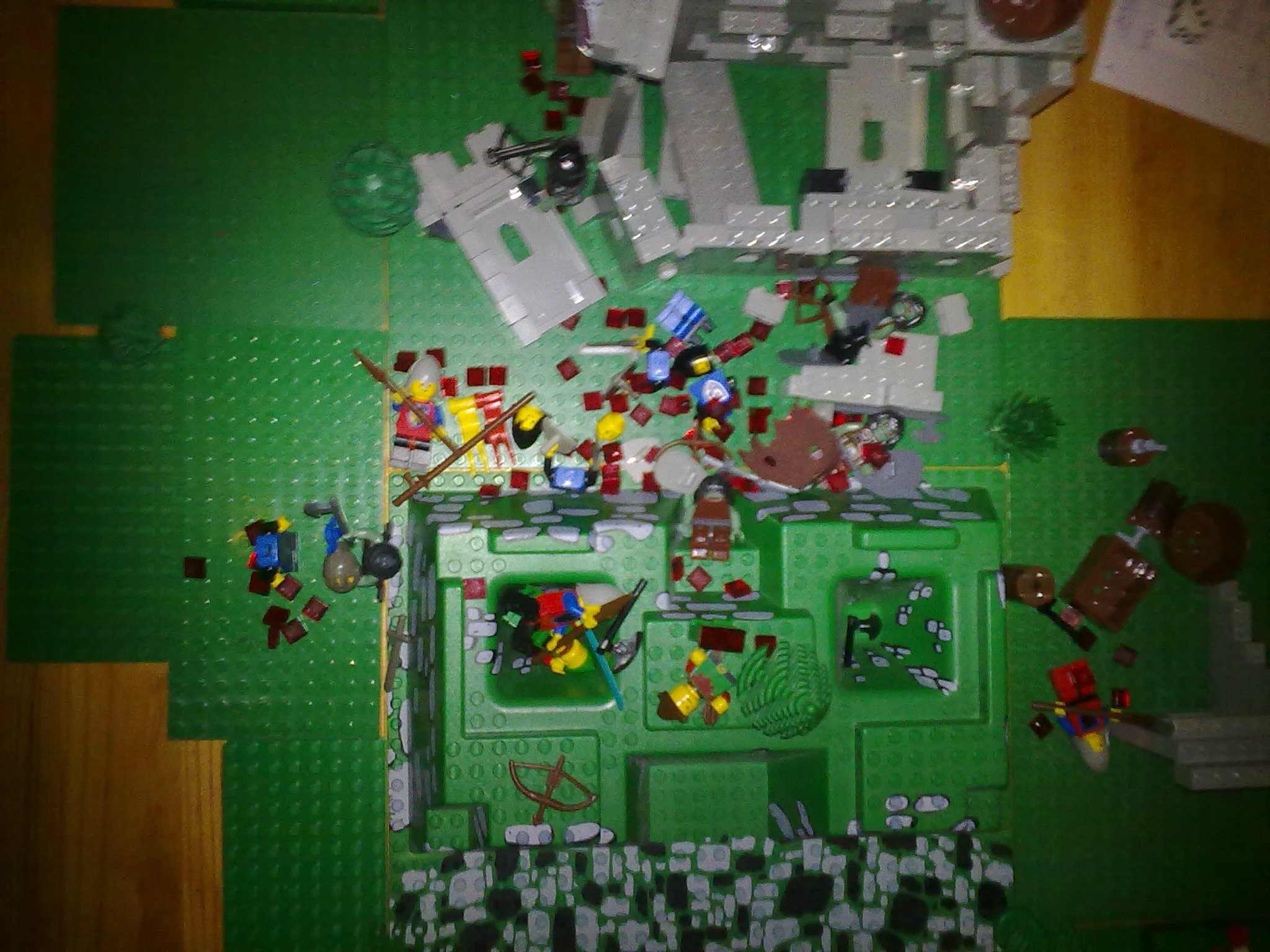 Overwatch of most of the bloodshed.

Pictures fail! But i am too lazy to fix it right now.
If you're not into Metal you are not my friend!
Top

You're one manly beast Apollyon!

Great battle, it was real intense.

Y'know, that was my internet you just snuggled...

Gameplay: A real report, and it was extremely close and well done. Great job, you get a 5!
Photography: Cell phone cameras suck, which is a real shame. I'm giving a 2 for that.
Violence: Close combat, trans-red, and few survivors. What more could you want? 5
Writing: Not much of a story, and the descriptions were bland. 2
Overall Appeal: I think that overall, this was a great report! I can't say much, other than it must have been real fun to play.
Overall Score: 4/5 (Average of all scores, rounded)