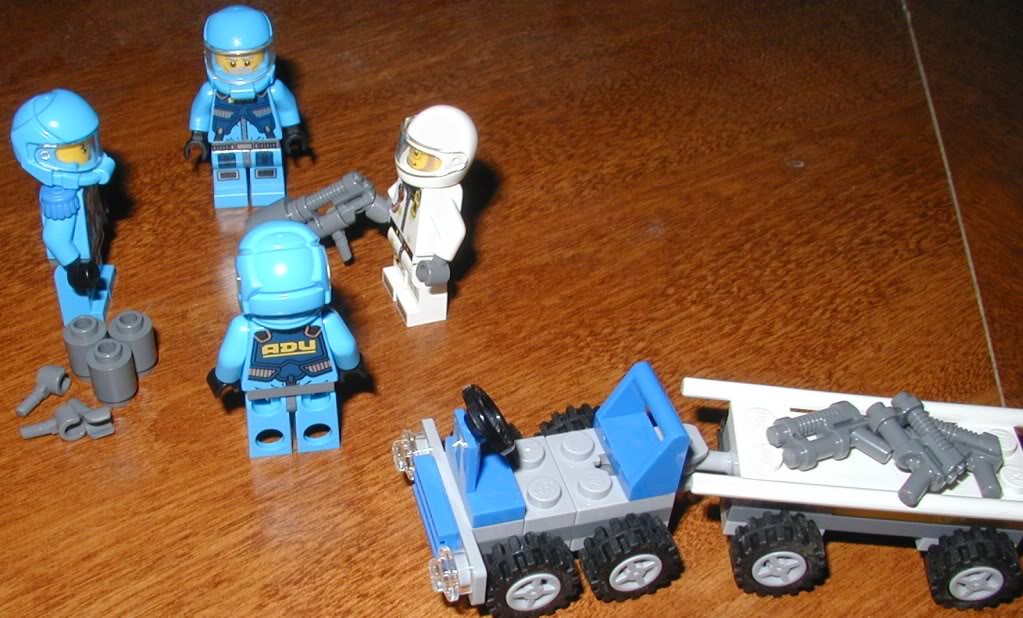 The Akkan Dosh Unity are a group of fanatics who are ideologically bound to the idea of galactic unity as the panacea to all the things that they dislike (they especially hate non-standard minifigs, such as the various aliens, technic giants, and the like). They claim universal authority because of their so-called "higher ideals" that they serve, and reject any attempts to unite people except under their aegis. Naturally this makes them hostile to just about every other faction in the Brikverse. Their front line troops wear ADU-blue armored vacuum suits, while their support corps generally wear white.