Army of the Damned Tech 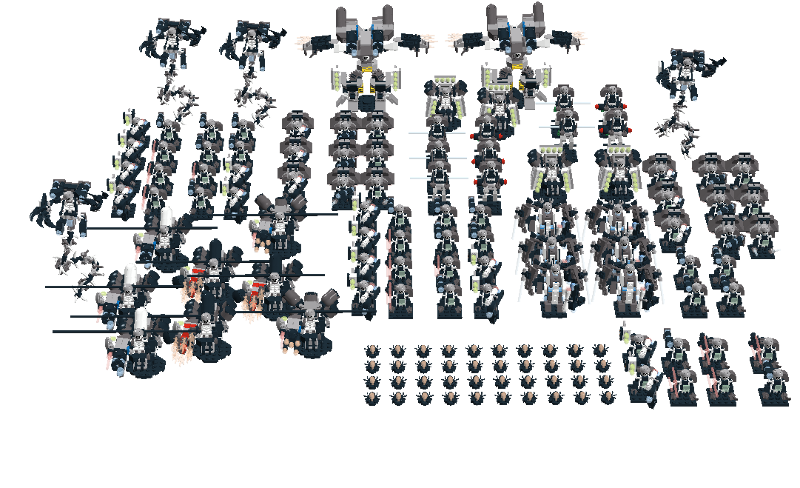 An overview of Damned Tech forces.

(note: the Army of the Damned Tech are referred to as Zengar in the following archaic backstory)

Just before the UNITE existed there was a terrible war that was being waged among one planets people, an internal conflict if you will. During this time the Terran Alliance (later turning into the UNITE) was at war with an incredibly advance robotic creation of there own design. This was taxing the resources of both side considerably and so both were looking for new and experimental tech that might give an edge if not a clear cut victory. Many things were invented including early Prism tech, Mind-gate Chambers, Micro Missiles, Resonance Generators, and much more. One such project was the Super soldier experiments done by Doc. Fairway, Doc. Fairway was for all intensive purposes an Biological and genetics genius, his first proposal and example of his work which lead to the Super soldier project was a virus mixed with nano-tech which could reanimate the dead but this was shot down by the lack of ethics involved and control over the reanimated subject (The Zengar later found a solution to this problem more tech).

During the initial run of the Super soldier program excellent results were coming through and best of all they were being grown rather that procreated; Combat, training, and field exercises were all done to excellence and it was at this that the Robots began to loose ground and were eventually forced into outer space.

The war had consumed many resources and had put the planet into great turmoil, It was at this point that the good doctor decided to recall those remaining super soldiers to "correct small mistakes and defects in their genetic" but in stead and un-denounced to the administration at the time he and a few of his colleges decided that playing with only one species DNA was too boring and instead were redesigning the race as they new it the DNA code became so sophisticated and advanced that it took on a life unto itself with the combination of animal DNA and some Alien DNA.

When the new super soldiers batch was created no one was expecting alien like monstrosities and legendary creatures with strange and magnificent abilities. Doc. Fairway has a wonted order put out on him for missus of funding and the untold atrocities committed but he was never found he instead fled using the same method the Robots did (by the way the robots later came to be known as the Disruptors) and since the was at an end there was no need to make more super soldiers but even if they wanted to they couldn't because Fairway took all of the research or destroyed it so the super solders stayed the way they were but die early from the cloning process except for the newest hybrid super soldier batch which seemed to live a lot longer lives (particularly the class that would later be call the Vampiric class).

Fearing another war and seeing the these new super soldiers (now known as Hybrids) were capable of reproducing and were just like any other person but with varying abilities and traits which made them alien they were give full citizen ship rights and the planet flourished much to the dissatisfaction of the good doctor.

Many years past the Terran Alliance turned into the UNITE at the beginning of the Terran involvement in a space war between two of the super races of the the galaxy at the time (both recruiting minor race for labor and technological scavenging). The UNITE joined one side and eventually the other surrender to Home Fleets commander after only three devastating attacks which required three years of planing and preparation to complete.

Just when the war seemed to end the Disruptors came into the picture with weapons and technologies rivaling that of Home Fleet and in the last year of that five year war the Zengar reared there ugly head destroying everything in the name of scientific discovery and Doc. Fairway (who had died years before he ever saw any of his creation hit the battle field).

The Zengar were taking planets from this UNITE (With now included an alliance with the Disruptor since the Zengar came into the picture) and the UNITE and all of its allies were power less to stop them do to there shear number and coupled with the fact that their army grew larger with each new casualty report whether it be flesh or robot they were added to the army just the same.

The war ended from a few things happening. 1st: The resurrection of Fairway was opportune as there would be disruption in communication and tactics as Fairway assumed control of the army

2nd: No one thought Fairway dumb enough to actually cause further disruption in his own forces by eliminating those in command at the time a.k.a the decedents of fairways colleagues.

3rd: The complete participation of Krell and Hybrid forces

4th: The invention of the new Dimension tech systems

5th: The development of the DFS (Directional Fusion Stream a variant of the old but still quite potent "Directional Partial Stream" system) with has the power to destroy planet or anything but requires a lot of energy such as what the DPS variant use to require.

After all of this the Zengar secede to exist as a planet moving organized task force but became more like a fledgling force that now exist on only a hand full of world (12 on record but there could be more) that were not destroyed because those where the rear lines heavily fortified before any of the above circumstances ever came into affect that and raids are done every so often to retrieve research that the Zengar had done with in a scary way is more advance the the entire UNITE put the together, the UNITE just got lucky this time but once Fairway can relink with all of those forces of his it will be a new war that the UNITE or Disruptors May not Survive a war against the Damned Tech! 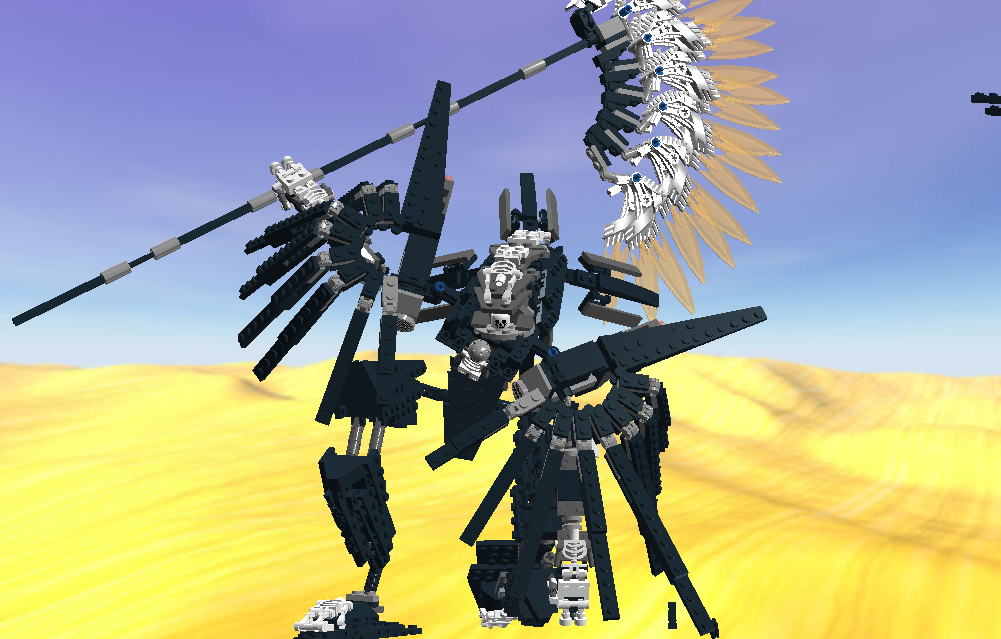