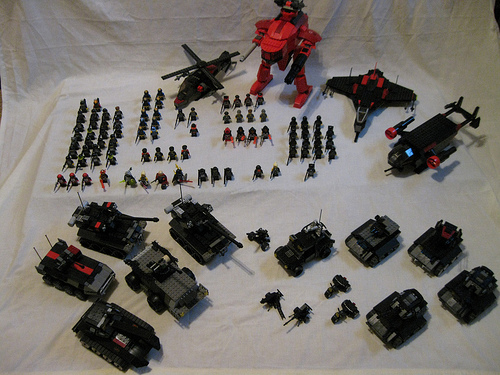 Calvaria is an old and powerful nation in the Nehellium Galaxy. With recent gains being made by the new Adamarian Federation, a war is in the making between the two superpowers. The Calvarians are more than ready to defend their place as the dominating force of the galaxy, and their vast army will be the bane of any who dare to oppose them. Though the new Adamarian military will be a force to be reckoned with, the Calvarians are once more ready to defend their homelands from any who dare to threaten their way of life. 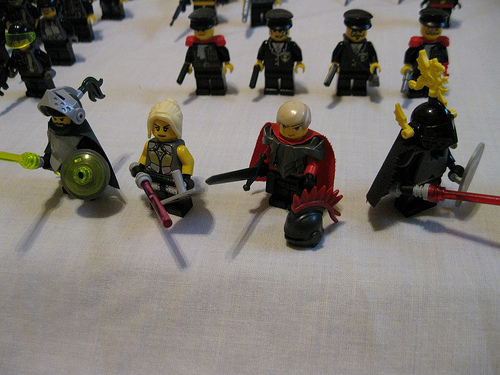 Shown here are the last remaining Calvarian Knights, the ultimate warriors in the galaxy. Originally, they numbered in the dozens, or supposedly even hundreds, but the disastrous Battle of Myralan slew all but the four shown here. They are actually believed to be immortals, but this has not been proven, as they are rather secretive when it comes to themselves. From left to right:

1. Byron the Kind-Hearted - Byron is a master of one-on-one combat and is an excellent duelist. He is a chivalrous soul (as his name suggests) and is also known for his loud, booming voice which can often be heard yelling challenges to heroes on the opposite side.

2. Katrina Candor, or Katrina the Beautiful - Katrina is the last remaining female knight, and is the fastest of the knights. In battle, she is as furious as an ancient Terran hurricane, and she is said to be the most skilled of the knights, save for the emperor himself.

3. Emperor Ben-Jammin, or Benjamin the Intolerant - The oldest and perhaps most powerful knight, Ben-Jammin is a veteran of many conquests, and has slain innumerable foes. He is currently the emperor of Calvaria, and has led his people to victory through many trials.

4. Fiengar the Ferocious - Where Byron excels at one-on-one duels, Fiengar is the very definition of a barbarian, charging into battle with little concern for his own safety and swinging his empowered beamsword with unrelenting fury. He can take on many different foes all at once, and it is said that the more one injures him, the stronger he grows. Some believe that he is actually a werewolf, but this is currently unknown.

The infantry of the Calvarian empire are a powerful and advanced military force. Equipped with state-of-the-art weapons and equipment, and trained to be the fiercest warriors in the galaxy, many are loathe to face such a frightening force in combat. The red-suited officers are equipped with advanced command gear that allows them to send orders to their soldiers in a heartbeat. Infantry loadouts are variable, and the large variety of weapons produced by the empire give them more diversity in their loadouts than their Adamarian rivals, and include assault carbines, rifles, submachine guns, grenade launchers, light machine guns, rocket sticks, and even experimental laser weaponry.