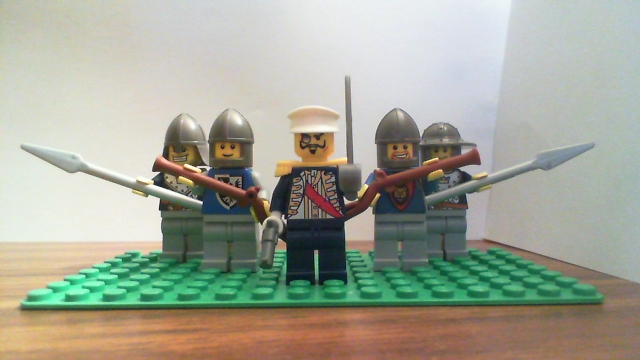 The Charlesbourg's knights! These little guys were living in a really far away and lost area of the Brickverse. Their planet were still unknown from the galactik civilizations, and they were still at the medieval age of the minifig evolution, until a pirate spaceship crashed on their planet, in the Charlesbourg area. The king sent his stooges to investigate "the god's gift", as they used to call it. They discovered the pirate's teknology, and learned how to use it by themselves. They discovered firearms, explosives, computers, plasma energy, and a strange artifact, that they still don't know how to use. The king ordered his blacksmiths to start to craft those "Heaven's yell"(firearms) to arm his army with.