The Consortium recently developed the Raider heavy cavalry platform for close infantry support. Equipped with twin phalanx cannon, it is brutally effective against both soft and hard targets. They are also in bitter conflict with the Paladine Imperium.

They sent assistance to the Kingdom of Avalon upon the latter's introduction to the galaxy. In reality, they used Team Malice to sow disorder among the Avalonians and harvest some OT. 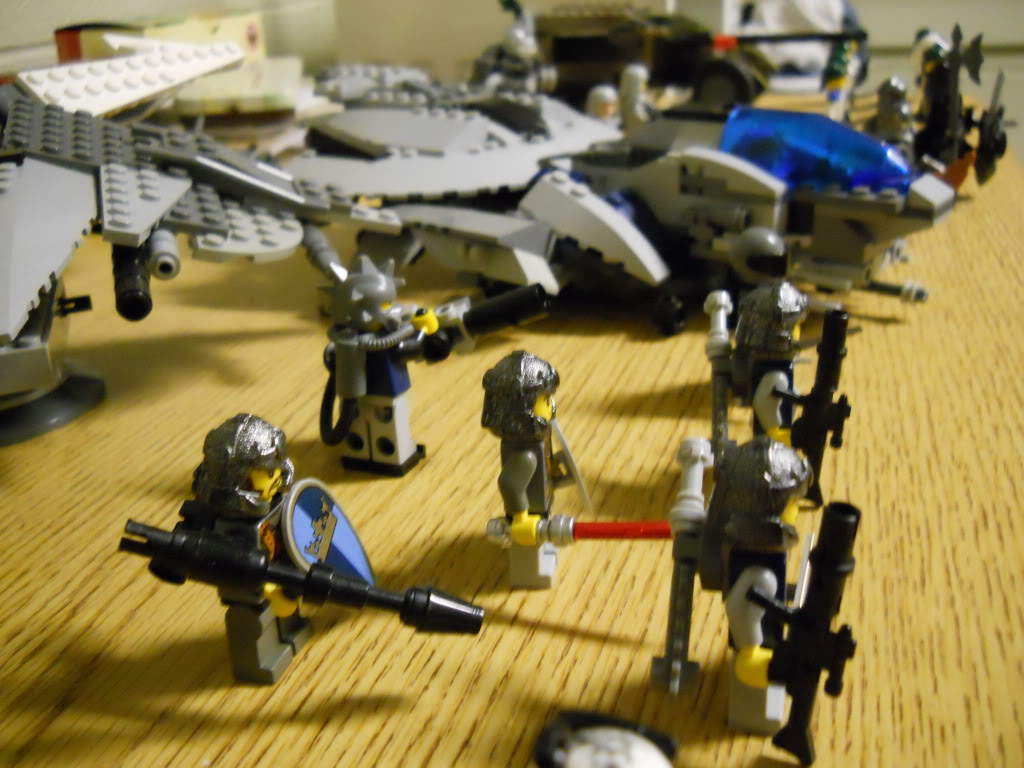 CME shock troops, plus some fighters/gunships in the background.

Consortium Shock Troopers are trained in both ranged and melee combat, for a versatile, efficient assault force. Units generally contain a blend of weaponry, with at least one Heavy Shock Trooper for heavy support. 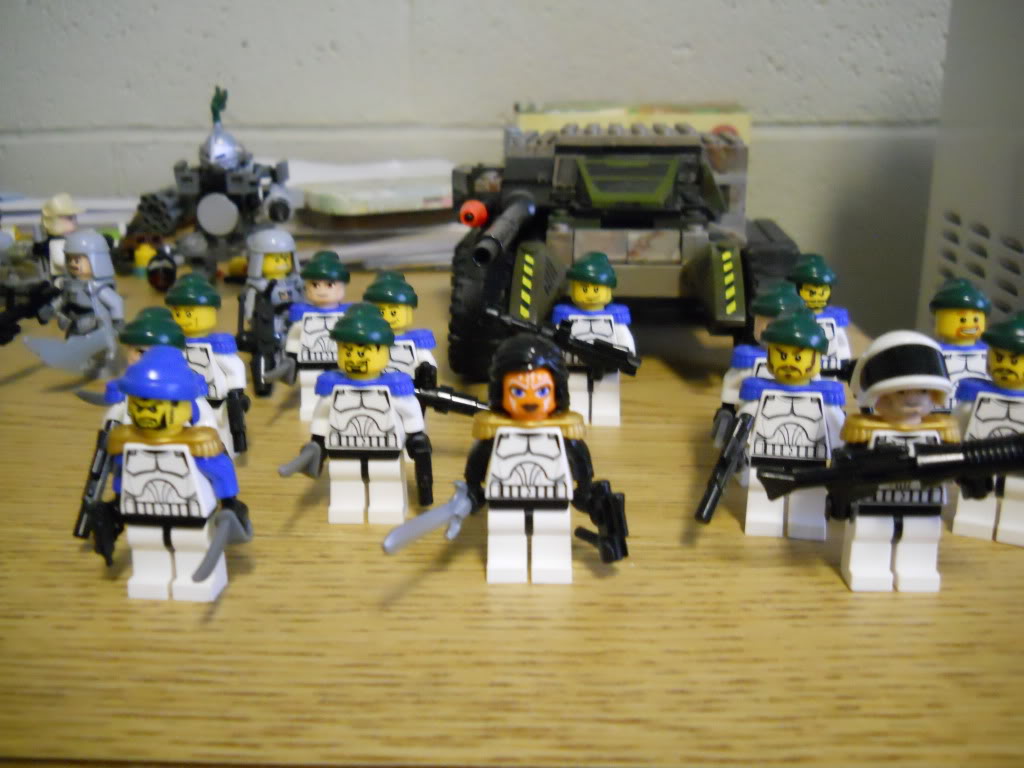 The Consortium Naval Corps is not only trained in standard shipboard tasks but also recieve in-depth instruction in boarding combat. They are often called upon to augment ground forces. Officers are marked by gold epaulets and color highlights: Blue means Captain, Black means general staff.