The Dark Armies from Deadnocide originate in an alien dimension/parallel universe. 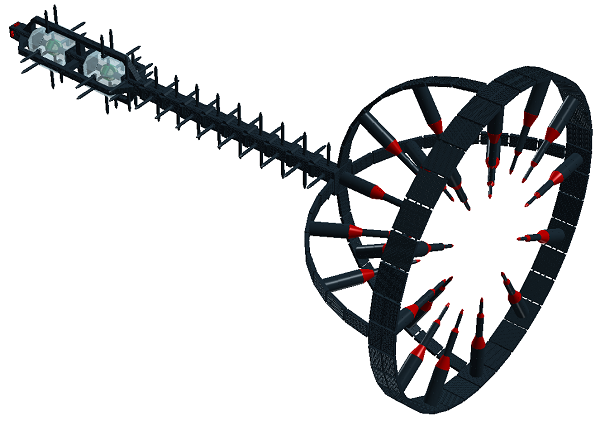 The only vessel capable of sending ships to and from the home realm is the Gatekeeper, given the correct coordinates in space this ship can open a gateway to any location in this realm or any other. 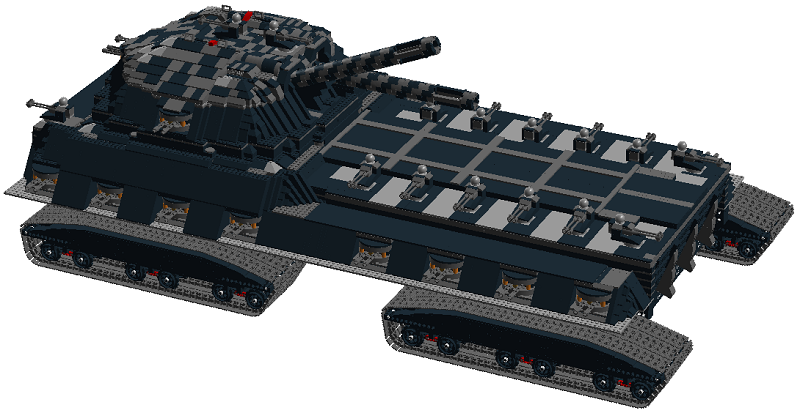 They build many massive dreadnoughts and ground vehicles. Many of the latter are drones. They deploy Six-Shooter orbital weapons platforms to keep planets submissive.

From left to right:

Extra pockets
Chameleon Cloak (blend into environment, look like someone else)

The Cathedral is where prisoners of war and general wrong doers call home until they are reconditioned. Inmates don't leave until they have turned sides permanently and tested thoroughly. This happens over a lengthy period of time, which is spent enduring torture, starvation, experimentation and many other reconditioning activities. Inmates spend their time in the 16 cell disks that surround the station. The disks are lightly armored to make it harder to attack the station and retrieve inmates alive. Inmates are regularly forced to switch cells, so that if their cell is leaked to the rescuers the info is not valid for to long. Everything has been designed to keep the inmates here or they leave deader then dead.