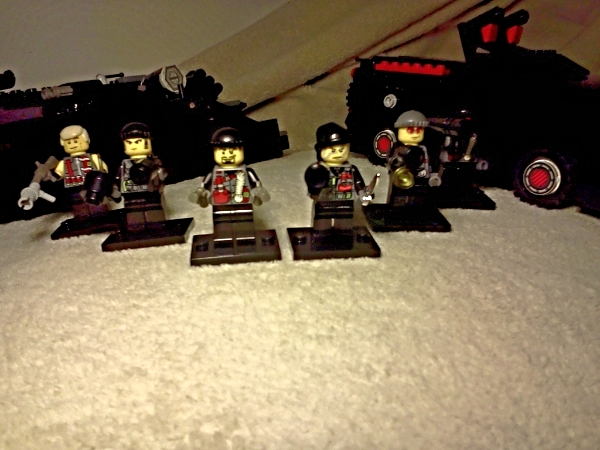 These mercenaries are a group of aging ex-military operatives who love tattoos, classic rock and drinking. They act like rebels but have a surprisingly strong moral code...most of the time. They will take any job as long as it pays right and they get to kill lots of bad guys. The more bloody the operation, the better, because afterwards they want nothing more than to get really drunk and talk about knives and regrets. They ARE the Depends-r-full.

Their leader is a stoic crack-shot called Arnie Boss. He loves his revolvers and killing bad guys 6 at-a-time. He often wonders what his life would have been like if he'd been smarter and could properly enunciate words...but he won't ever change. He'll be this way until the day he dies...which will probably be on an operation, of old age.

His second-in-command is a balding Brit named Lou Eeester. He loves throwing knives and unfaithful women. He is always talking about his girlfriend, which mostly just annoys his friends.

Here's their primary means of transportation...because they don't like flying. It's a Drumman DU-16 Water Fowl, called the Ebony Duck. It's loaded with depth charges, mortars, a front mounted chain gun and 4 forward facing gatling guns. It's pretty bad-ass, and it has plenty of room for beer. The Depends-r-full team loves their boat.