From BrikWars
(Redirected from Dragonhead)
Jump to navigation Jump to search

The Dragonhead Cruiser is the primary space ship used by the Inquistadores. Notably, they were involved in Operation Mastercutor during G.R. 2011 and one, the Lady Vega got sent back in |time to fight in another battle between the Akkadians and the Assyrians.

Dragonheads are heavily armed and armoured, but lack mobility. 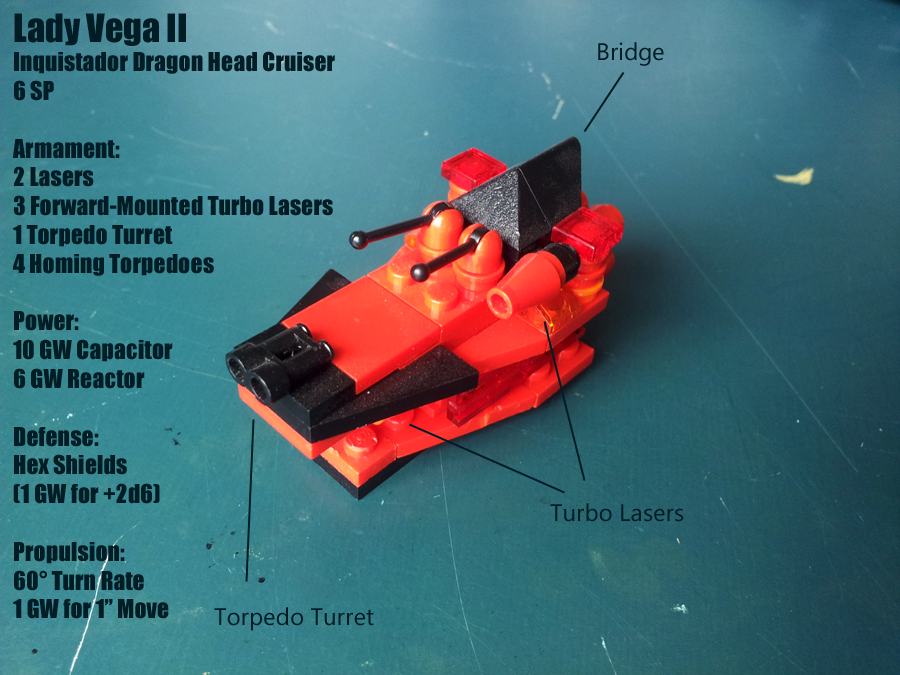