From BrikWars
(Redirected from Akkadians)
Jump to navigation Jump to search 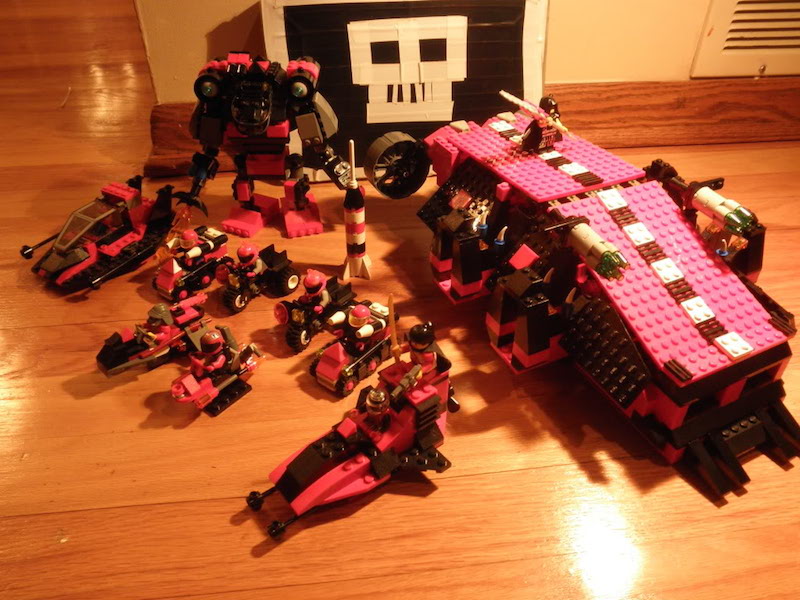 A sampling of Akkadian forces

History of the Akkadian Empire

The Akkadian Empire began as the population of a single planet: its namesake Akkadia, which many historians have theorised was originally colonized as an outpost of the now-lost SpyTron faction. The Akkadians were known for several key traits, largely derived from their SpyTron heritage, such as their love for technological advancement and for their sneaky and crafty nature.

For many years, the Akkadians developed their planet in relative peace, not interacting with other star nations other than occasional raids in an attempt to steal their technology. However, as time passed, the Akkadians' shady reputation got the best of them, and after one particularily prolific raid "QF 493" the Intergalactic Tron Council imposed drastic economic sanctions on the planet, bankrupting its population. This soon led to widespread famine and disease across the planet, and a state of emergency was declared.

Around this same time, a task force sent by the secret society known as the BrickMasons infiltrated the Akkadian homeworld, and brought with them a massive influx of new funding. However, all of this funding went into a single project; the construction of the Juggernaught Captial Ship. Soon, jobs on the capital ship were the only jobs to be found on the entire planet, and the entire population along with all of its resources was devoted towards the massive construction project.

With the Juggernaught's completion, the surface of the planet was even more desolate than it had been before, stripped bare of any construction-resource of value. Thus, when the SHIP was launched into space, the Akkadians had little choice but to board it, and consider the ship itself as their new homeworld. They were now not so much a population as they were simply the crew of the massive Juggernaught Capital Ship.

Since this time, the Juggernaught and its accompanying Akkadian empire take orders directly from the Council of 13, what remains of the Brikmason taskforce, roving around the galaxy on some top-secret mission or another. All the while sucking more and more planets dry, adding to the size of the Akkadian Jugernaught, and collecting even more technological wealth for the Brikmason's veiled objectives.

Juggernaut Capital Ship. Model built at nanoscale (smaller than normal micro scale) since the ship is around the size of a planet in minifig-scale.

Despite the Akkadian StarNation's small size, they are no rag-tag bunch;and are certainly a force to be reckoned with. The Akkadian "Empire" constitutes one of the most organised special operations units in the galaxy. The Akkadians don't maintain permanent residence on any planet, and have converted to be a completely space-faring civilization. This helps to avoid detection.

Think of them perhaps, as the BrikVerse's CIA, keeping tabs on everyone else, blackmailing anyone who causes them trouble, amassing ancient relics and new technologies and combining them in terrifying new ways. Now imagine that this intelligence agency is actually headed by a secret society governed by a set of occult principles and weird beliefs and practices, who would do -anything- to accomplish their secret objectives and to warp the universe into their own, refined image.

The Akkadian Empire's primary objective is to produce profit. Not necessarily capital profit, but technological profit. Much like the Spytron faction of old, the Akkadians devote a large portion of their time to collecting things. It doesn't really matter to them what sort of things they are collecting, so long as they are powerful, rare, or technologically advanced things. The end purpose of this myriad collection of artifacts and technologies is to do research on them, and combine them into new forms that will give the Akkadian Empire, and more specifically, its ruling council, more power and influence within the BrikVerse, thus allowing them to complete their own hidden objectives.

Akkadian science is a bit different than the science of most other star-nations. It's illegitimate science, "mad science" if you will, based on combining random things and seeing what works rather than rigorous theoretical development or something like that. Many newer Akkadian creations are highly volatile and likely to fail, or even explode within the first couple months of use, but eventually these technologies stabilize as Akkadian mechanix work out the fleebnorks. This science will stop at nothing, combining mechanical, biological, heroic, and even magikal components in order to produce favored results. Literally. Anything.

Rumors have spread that certain Akkadian creations have utilized minifig blood as fuel, leading to the sacrifice of thousands of lives just for the chance of a small scientific advancement. Further, the Akkadians have formed strange and unusual alliances with all manner of ill-fated creatures in an effort to harness their magical powers, even stooping so low as to associate themselves with the pwnies.

The Council of Thirteen

1. The Juggernaught Capital Ship -- Essentially the Akkadian's HomeWorld. Where all of their collections are eventually stored, and where their most secret laboratories and mechanix workshopz are located. The Juggernaught is also the location of the Akkadian ruling council. The ship's specifications and outward appearance are not generally known, as if it has ever been seen before, there were not any survivors, but it is common speculation that it is probably some form of space-hulk with super-natural capabilities.

2. Personal Teleporters: The akkadians have managed to work up a working teleportation device, although it's still pretty unstable, it has proven to be highly effective in anti-SHIP combat.

3. Matter creation/destruction weapons: These weapons are not yet widely distributed, but have seen some action during the campaign near Krysto. It is unknown how they work or why it would be necessary to use them.

4. Boom-sticks: Somebody thought it would be cool to attach an MKII explosive to the end of a spear. It was indeed cool. Suicidal, but cool. 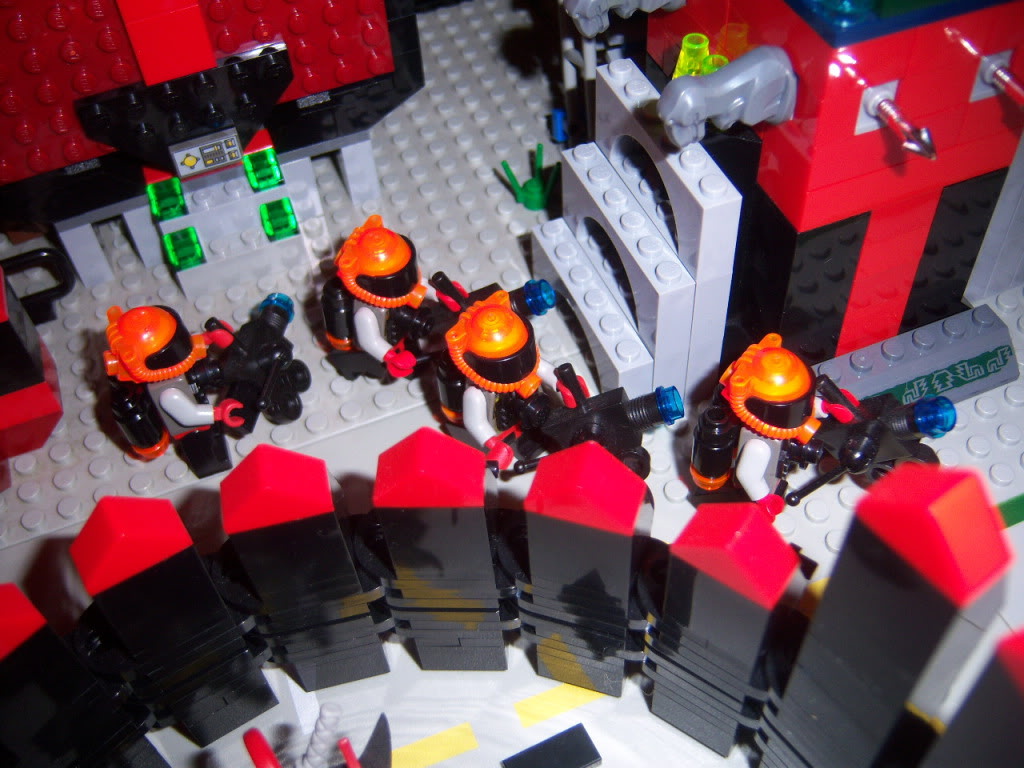 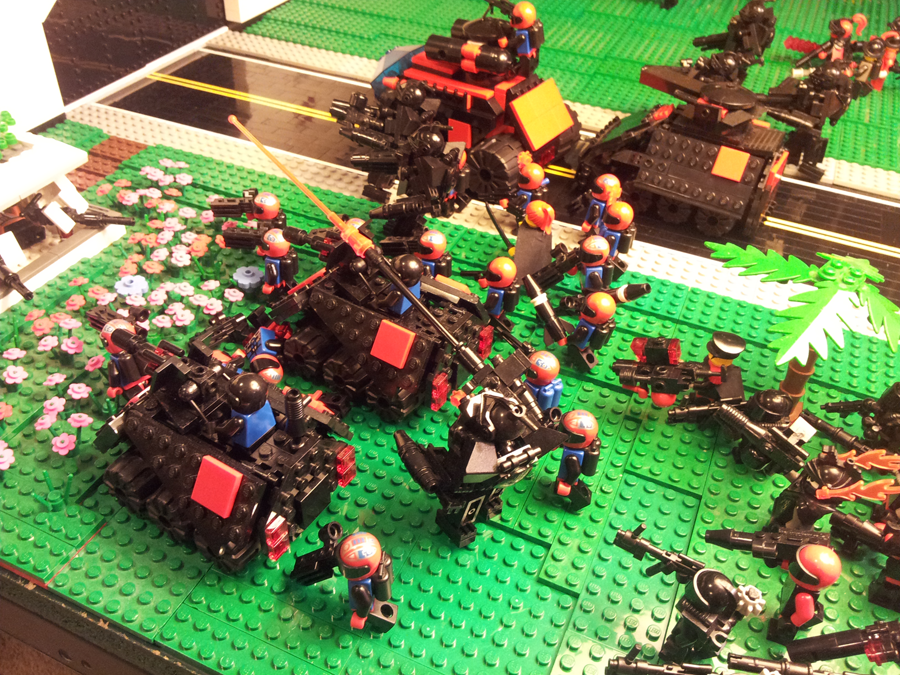 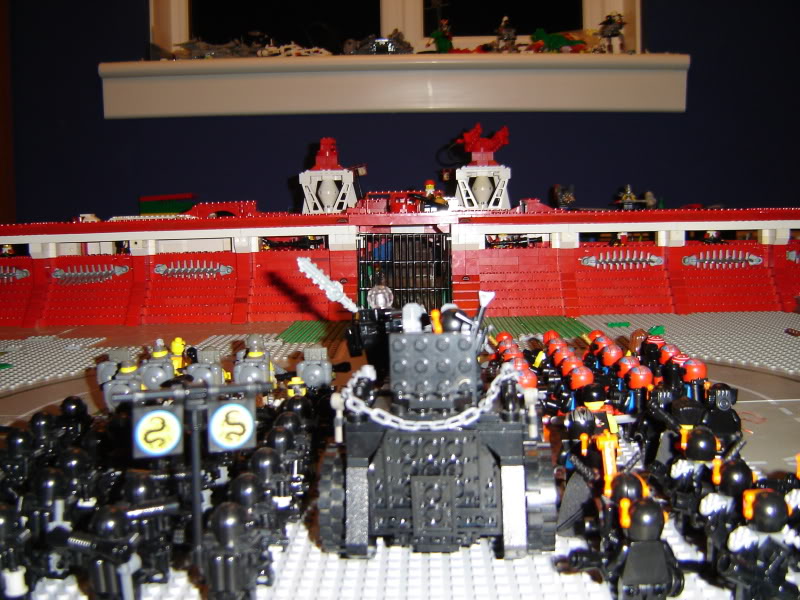 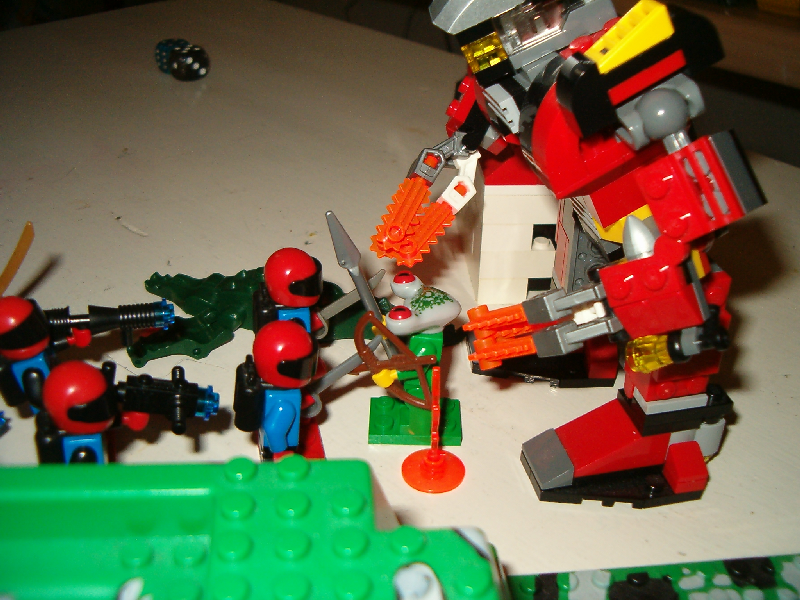