From BrikWars
(Redirected from Space)
Jump to navigation Jump to search

Discovered by Warhead in R. 2,011 after a mass influx on new forum members who posted many awesome new MOCs all from their beige carpets. Soon after it was discovered that Beige Carpets have the ability to warp time and space and throw pedos across entire continents - with almost no defenses against them.

It was also discovered that most forum members have some form of this horror in their homes, and as a result we are all doomed.

The Beige Carpet will destroy us all!

The ultimate in stealth technology, there are hundreds of Pedonukers SHIPS hiding in this photo, all hidden by the mighty carpet and its time/space bending properties

Neckbeard Science has spent decades trying to explain how really small particles support the elements that make up the visible world. They call this String Theory, which is now generally regarded as a bad idea.

But, if you bundle those strings and interweave them, you'd get Carpet Theory.

Carpet Theory tries to explain the fabric of the universe that supports ABS elements. Even in locations where no ABS element can be seen, there is still Beige Carpet.

Wherever you find a Brikwar, there are beige carpets. Whether its in space, a green meadow, a castle or a dark cave.

The Beige Carpet is indestructible. It can survive any number of game ending atomic explosions.

Beige Carpet is the fabric of our lives. 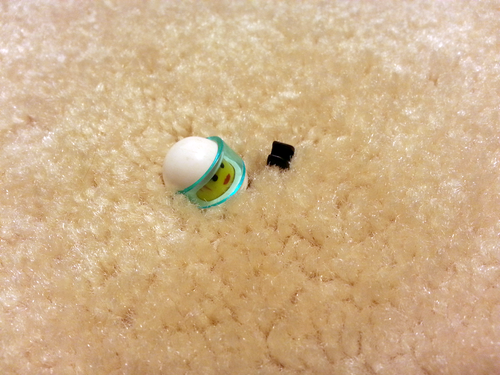 The beige carpet can kill you whenever it wants.

The police analyze interior photographs of suspect's homes. The presence of Beige Carpet is a strong indicator of Pedophile activity. A positive hit on Beige Carpet usually results in the hurling of baseless accusations, inside jokes, threats regarding mom snuggling and comparisons to Hitler.

Hardwood floor is a myth.

All soccer moms want to believe that under their Beige Carpet is a beautiful hardwood floor. They are just waiting for their lazy pedophile husband to remove the carpet. But this never happens, due to the fact that pedophiles love Beige Carpet. See: Police Investigations. Thus proving the hardwood floor mythyness.

Anyone who has actually claimed to have seen hardwood floor is a Damn Liar, or mentally unstable. They fall into the same category of people who have not only seen UFOs but also had tea with them, from a tea table resting on a hardwood floor. A statistical impossibility, quite likely to cause the entire Brikverse to be divided by zero.