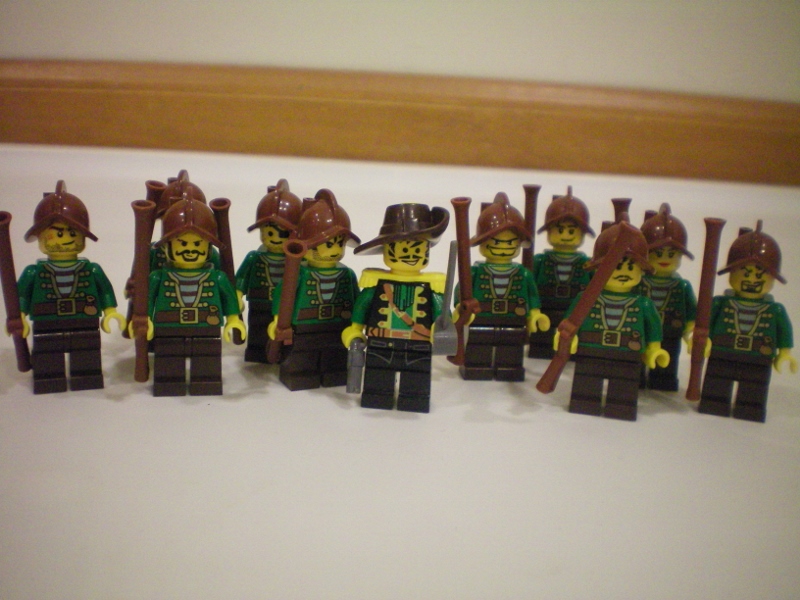 Eldorrian Marines and their captain

An empire arisen from a Triangalist colony, Eldorria sits on a lucrative trade route near the United Systems Alliance and grows prosperous off numerous tariffs(Or rather, it would if corruption wasn't so commonplace). Tariffs oftentimes fall short of what is necessary, and the Eldorrian government will often send marines(uniformed privateers) to "impound" poorly defended vessels.

Eldorria's pirate tendencies have earned it the ire of nearly every small empire, but none of the larger ones, as Eldorria avoids picking fights it cannot win. Larger nations will occasionally contract Eldorria to harass other nations.

The green and brown uniforms of Eldorrian marines are often seen in the targeting simulations of smaller merchant empires.

A nation's culture is its people, and Eldorria is no exception. All manner of pirates, mercenaries, and merchants of death are found in its wild, bustling ports. Their presence, and the wealth they bring with them, is encouraged provided they follow one simple rule: Don't murder Eldorrian Citizens(Those that do quickly find themselves being extradited to the United Systems).

For the locals, there exists two Eldorrias: The gilded estates of the governemnt and the wealthy, and the sprawling favelas and jungles of everyone else. Nearly all of the incoming wealth flows to the upper class, but enough trickles down to prevent uprisings. When a revolt does occur the attention of the rioters is quickly diverted to a foreign vessel that just happened to land with no security nearby.