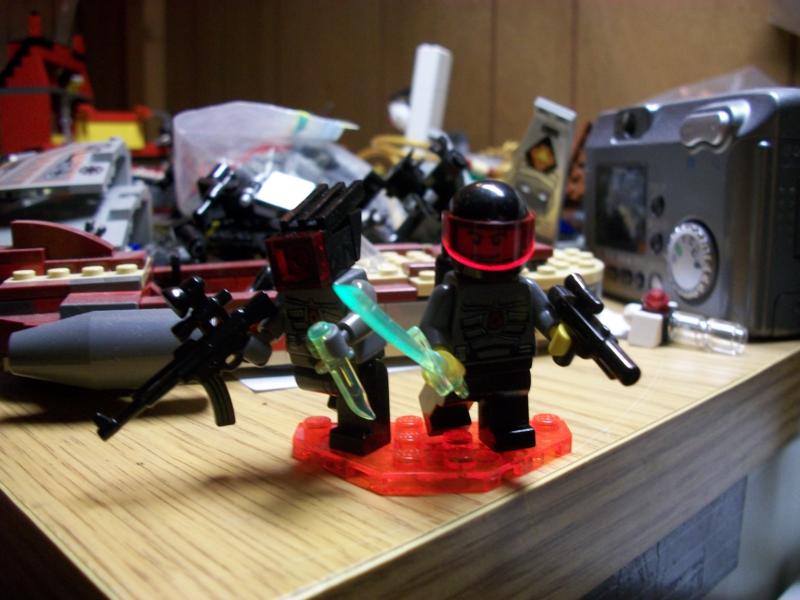 These Space Cops personnel pictures are unedited and straight from the source. It appears the Space Cops have begun recruiting Grateheads to quell resistance on the little known world of Transtoria, where AstroBiological non-minifig creatures known as the Tran proactively resist police conquest with resounding success.

Preliminary scientific inquiries reveal that the Tran surpass normal Minifig physical constraints and have a instinctive connection with the Farce, capable of 'charging' solid inert masses to emitting 'Gamma' class laser-type emmissions. There are several types of Tran, but the type that is currently aiding the SP are known among the grunts as Grateheads, signified by their distinctive headshape. After the government on Transtoria is destroyed, along with the other Tran Meshi and Draino races, the Guard is currently being pressured to decide whether to continue aiding the Grateheads or abandon them to their own devices.

Several research facilities, acting on a hunch, unearthed scientific theory that relates the BlokBots as Gratehead ancestral relatives. Previous theory guessed that the BlokBots were the evolution line for minfig kind, but this does not fit with Protofig development.

As such, the theory has been edited to replace Grateheads at the end of the the line. Further research is required- but the Gratehead's ability to create Trans-parent materials could lead to them being a major player in future battles. No information has been received concerning their political affiliations.