From BrikWars
(Redirected from Narrative)
Jump to navigation Jump to search

In a deeply fractured multi-timeline reality like the BrikVerse, it can be difficult to tell which version of events "really" happened even when Humans are witnessing them directly. Some events have more authority than others, and the truths of today might be obliterated by even truer truths tomorrow.

Events, creations, and storylines in the BrikVerse have different degrees of reality, determined by the strength of one or more Humans' belief and interest in them. This belief grants these elements of reality a form of ontological mass called Kanon. Exciting, memorable, and awesome elements gain a high degree of Kanon, especially as they influence and become entangled with other Kanon events and storylines. Boring, forgettable, and lame elements have low or negative Kanon, especially as Humans work to rationalize them out of existence with Retkons.

Kanon is the official version of reality at any given moment. Gaining control of Kanon, whether at the local, universal, or inter-universal level, is more important than any victory, since victories and defeats can be erased or reversed by a subsequent Kanon shift.

Events, characters, and creations gain the strength of Kanon when they are remembered and, more importantly, become part of a Kontinuity of other events - even if they never happened. An individual point of Kanon (known as a Particle Kanon) may be awesome enough to cause a Retkon - creating hours, decades, or even thousands of years of past backstory for itself out of thin air, for instance, inserting itself into other Kanon stories long after they have ended, often changing crucial details of lesser Particle Kanons in the process.

The more Kanon an event has, the more strength it has to force Internal Konsistency on other parts of the timeline. The appearance of a sword that has slain a thousand demons requires the creation of not only a past battle in which a thousand demons were slain, but the creation of a race of demons in the first place, and the world from which they sprang. A large Kanon means that there are Humans with the interest and motivation to imagine these new elements; a tiny Kanon means that the Humans just ignore these details or hand-wave them away without further thought.

The more awesome, compelling, memorable, hilarious, or traumatic a Particle of Kanon is, the more power it has to usurp or override previous points of Kanon. It is widely believed that this was the cause of destruction of the original BrikVerse in BR 1,977, as the Deadly SpaceMen created points of Kanon at an accelerating rate and with accelerating Ossumness. The new Kanon compounded with itself, causing metahistorical self-revision in infinite recursion, dividing reality itself by zero and cascading into the singularity known as the Explosive Kanon Ball, seeding the creation of all preceding and subsequent BrikVersal Rekonstructions.

The most important factor to events having any permanence in the fractured timeline is the quality of pictures taken. Proper photography is so important that unphotographed events delete themselves from history entirely, as reflected in the ancient minifig curse "Pics Or It Didn't Happen." 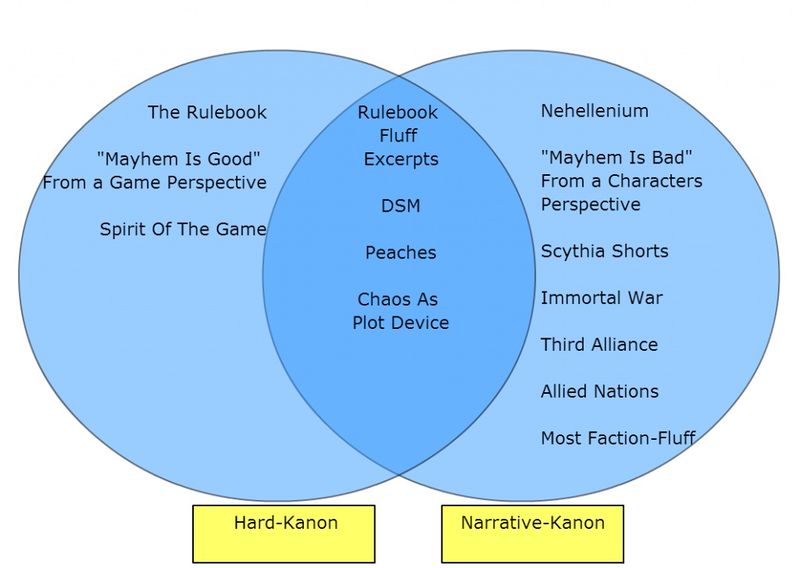 Two major camps of interpretations of Brikwars kanon exist: the Stubby Kanon, and the Scythe Kanon. Stubby canon favors fun, hilarity, and irreverent inconsistency and unrealism. Scythe canon is more realistic and serious, painting minifigs as characters with depth and with actions carrying consequences. Both interpretations possess merit- the Stubby Kanon keeps the action light and fun, while Scythe Kanon is better suited to telling stories and fleshing out nations and characters over time. Too much of one or the other destroys fun in their own ways, so Brikwarriors have learned to keep them in balance in the Kanon.

An example of the difference between the two approaches is the whimsical Stubby Kanon portrayal depiction of the Assyrian's periodic peach massacres versus the serious and tragic Scythe Kanon portrayal of the Trattorian's ethnic cleansing campaign against the Valorians.

The Legitimitium MultiVerse dictates that there is an infinite amount of realities, an infinite number of unique universes, therefore. Events in these alternate realities would be considered Alternate Kanon. One such example is the X-8 Universe, where the kanon reduced and froze all minifig civilization in a pre-spaceflight stage.