A Short History of the PedoNuker 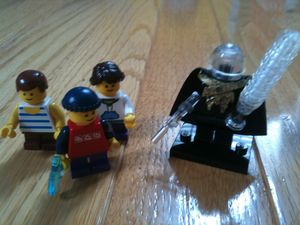 A shapeshifter, PedoNuker is able to change his form to impersonate a variety of people. Although not his true form, he most commonly appears as President Austin, the leader of Nyphilis. Following the ruin of Nyphilis, he spent a long period of time in the form of a beluga.

On the Far-Ums, PedoNuker first appeared as PandoraNuker, as he tried to rule-lawyer his way into winning King of the Hill. He produced a forum battle whose entire story premise decided to take the Immortal War and ruin it. After being banned, he asked for a second chance, and did exactly the same thing again. Somewhere during all this, a rather handsome devil came up with the nickname Pedonuker, and it stuck.

The Pedonuker form was inevitably banhammered, and abandoned the Far-Ums to haunt the Czat, tormenting the inhabitants daily for months.

A minor alt known as rekuNarodnaP appeared and feebly attempted to jack the art contest, but was deleted by stubby for not being entertaining enough.

In his current form of Colette, Pedonuker is relatively tame compared to his previous incarnations but many inhabitants of the Far-Ums continue to carry a grudge. 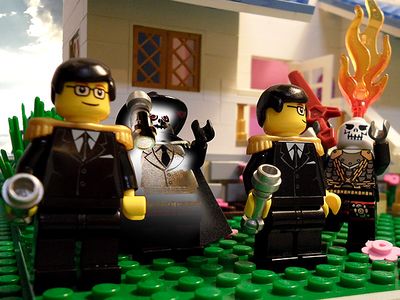 Some PedoNuker clones in his President Austin form, as well as Fedonuker and Warhead.

FedoNuker has recently begun cloning PedoNuker in the billions. Because FedoNuker is a broken reflection of Warhead, and Warhead hasn't seen Pedo's true form, all of the clones are stuck in "President Austin" mode. There are billions of them spread around the galaxy, and though weaker, less vile, and not immortal like the original, they are still capable of driving Warhead crazy.