Perchance to Dream, the Short Story

It had been 23 years since this hell had begun. 23 years since Fico fell and the Immortals forced their way into the galaxy with blood and fire. 23 years since the treachery that set 2 empires against a third, and then inwards into themselves. The Britannian home world still burned under the weight of Scythian Anti-matter bombs for that crime.

The Assyrian's had been wiped clean from the galaxy entirely. Not to say that they had laid down and taken their fate like a whimpering dog, their mighty ships had ripped Immortal vessels asunder time and time again, their Armored Cores had taken apart entire battle cruisers with their bare hands as their empire crumbled around them - the Czech rebellion had been swallowed by the Immortal forces without trace. Natalya herself fell alongside their great Emperor and Chief Executor as Austere was burned to the ground, inch by bloody inch by the fires of war.

Dozens of smaller forces fell to the fires of war before they where even prepared for the fight, The Halkron, the Silvarian's, The U.S.A never even got a chance to prepare - subterfuge and inner fighting stopped them from seeing the greater threat that was sewing dissentry amongst their ranks - They put up a fight, as all the other empires did, the Fall of Silvaria - the Holding action at Halkro, but they ultimately fell.

Other empires simply winked out of existence, one day another empire would disappear off of the comms - never to be seen or heard from again.

Other forces joined the Immortals - the Vol, FELC, Super jews and countless others had become mere extensions of the Immortals will. Never realising that they where being played the whole time. Dozens of forces fought alongside the Immortals - and where then gunned down without mercy. Only a rare few where allowed to survive - only to serve as slaves to the greater Immortal Hoarde.

. . . And here Harkin's stood - atop the great Palace of Scythia, at the end of this Immortal war, unfortunately - it was nothing more than another last stand.

The Immortals landed in the southern hemisphere after cutting through the remains of the fleet in orbit, through anti matter missile barrages that lit up a thousand burning white suns in the skies, the orbital defence grid that held the line for 5 months of endless war until one by one, they started to fall. Monarch after Monarch battleship fell, countless thousands of smaller ships incinerated. Millions of lives lost.

They then proceeded on foot, through every village, town and city - and we had fought back for every inch of dirt. For every Scythian that fell into a pool of their own blood, a dozen Immortals drowned in theirs.

But it was simply the beginning of the end - The moment Immortal boots hit the ground, the war was over. Scythia would fight, valiantly to the bloody last . . . but this was the end.

Above the Palace, the Empress still flew - alongside the Fist of Scythia and 3 more Monarch class battleships. Their shields prevented any Immortal barrage from turning this last fortress into dust, their mighty guns still firing endlessly into space, swatting Immortal ships out of the sky.

On the ground, Sythian marines rigged anti matter grenade traps, battery squads fired relentlessly into the Immortal hoardes. SIBAS troops simply walked into Immortal lines, shooting, shredding and slamming into the enemy. Goliath units, the death dealing automatons took to the skies, raining death down onto the Immortals below - then landing inside Immortal troops, ripping them asunder with deft strokes.

In the distance, another sun lit the sky - an Anti Matter bomb in the closest city of Destra had just detonated as the heart beat monitor of the last Scythian in the city had just flat lined. As with every city battle, as the Last Scythian fell - the Anti Matter charge detonated with their dying breath. The ultimate scorched earth policy.

Harkins looked to the sky as a slow rumble slowly became overwhelming thunder. The Immortals where not playing games any more, now their ships were making planet fall. The Scythian ships above still pounded endless laser fire into the sky - and chunks of flaming metal, superstructure and hull of dead ships, rained down onto the city below.

The first detonated to the east, a sudden flash followed by a vast tornado that swallowed light, air, heat - two Monarchs simply disappeared without a chance to defend themselves.

Another missile detonated above the Empress, its shields held against the blast as the first black hole sealed itself and the second one petered away.

It couldn't however - withstand the other five.

The five blasts split the last Monarch into three, which then disappeared into the black holes gaping maws.

The Fist of Scythia - one of five Emperor class super battleships, the height of Scythian warships - exploded under the stresses of its anti-matter reactor, unable to withstand the weight of its duty any longer. It winked out in a white flash.

Finally, the Empress fell - its shields fell away as the ships back began to break, its fore and aft rose slowly into the gaping black hole above it. The entire ship slowly formed into a banana like shape, and began to peel away - layer by layer - until it snapped in two across its mid section. The black hole above it then sealed, and its two shattered halves fell onto the palace below.

This battle was over. The order to retreat had been given - all units where to fall back to the palace and then bunker down for the last fight.

The palace had long since been converted from the luxurious center of the Scythian government into a fortress. Enough food, water and weapons to last until the end of time, its own field hospital and barracks. Deep below - geothermal power fed up warmth from the very core of Scythia - feeding into a seven layered shield that would hold out until the apocalypse itself, which was now on their doorstep.

Harkins strode through the base as troops struggled to set up defenses, most where wounded or in shock. Others in body bags.

Deep below, near the planets core - the Emperor himself was supposed to be working with the best scientists that the galaxy had left to offer - on something that would supposedly end the war . . .

Deep below, one of the last conversations of this universe was about to end.

"Is the device ready?" The Emperor, a near skeleton of a figure asked to a figure across the darkened room.

"Yes my emperor. Once the device is set - we will have one chance and one chance only to send a message back. Once the window closes, the effects on the universe will be so catastrophic that the universe will probably collapse into itself, but the time line in the past will remain - if we can change that, then these events will never come to pass."

"Then it's time to record the message"

Harkin's stood on the line, the Immortals had broken through long before they should have, but with an entire fleet parked above them and enough artillery to render a city unto dust. He wasn't surprised.

It was a good fight, it was the last fight. Scythians and Immortals fell left right and centre under endless firepower.

It was then the opening to the palace cleared - and Lord Warhead himself stood in its entrance.

Unfortunately - that Maniac bastard saw it coming, and raised his own weapon first. Harkin's last moments on Scythia where spent gibbering in a pool of his own blood as Immortals rampaged deeper into the Palace.

At that moment, a message was sent, a desperate plea by the last of the non-Immortal emperors. A single message meant to change the fate of a dying galaxy from repeating itself.

Everything however, comes with a price - and the vast device that had altered the very nature of the universe shattered, causing a cascade the tore the universe apart. The bonds between atoms de-charged, and matter turned into dust. Every world, every sun, every system and galaxy in a split-second died, becoming nothing more than an ever swirling vortex of dust and nothingness.

23 Years earlier however, The Scythian Emperor received a message on his terminal - a simple voice recording. One that he had made himself, 23 years into a future that no longer existed.

"Our world is dead, and we are destroying an entire universe just to send this message back to you. The Immortals are coming, and this cannot be allowed to repeat. You need to hide until the time is right. KINGUNDERTHEMOUNTAIN is the gateway, you must find the key. Lord Warhead must die. To sleep, Perchance to -[STATIC]"

Within the week - the Empress and Fist of Scythia took with them a fleet of the best and brightest of the Scythian navy . . . to watch, learn and find the key to stopping the coming apocalypse . . . 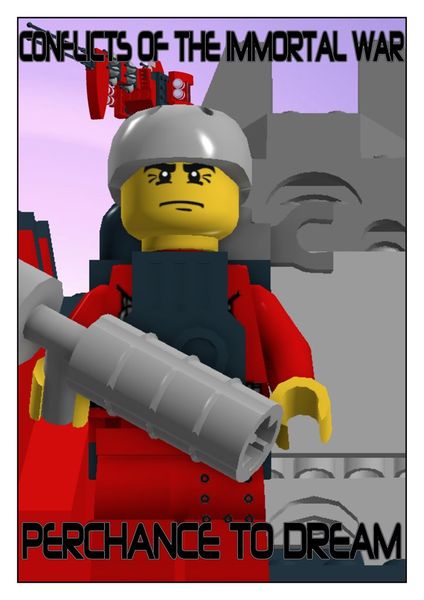 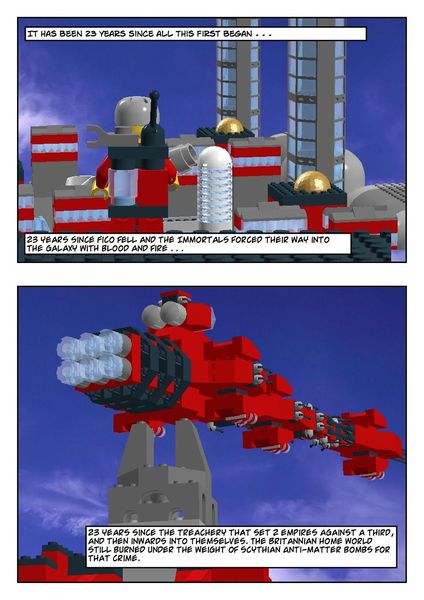 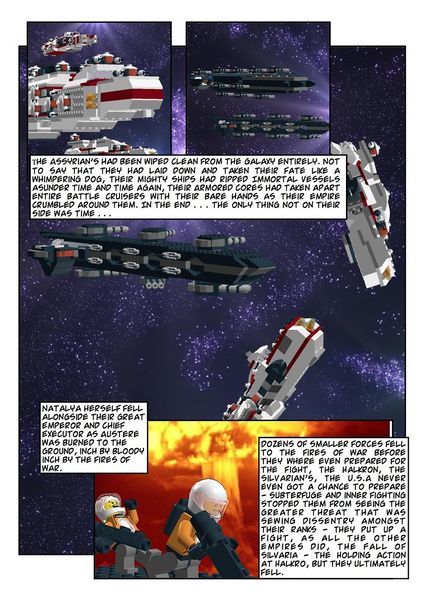 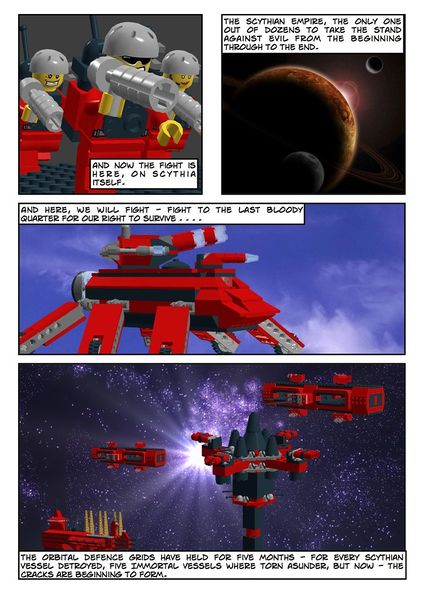 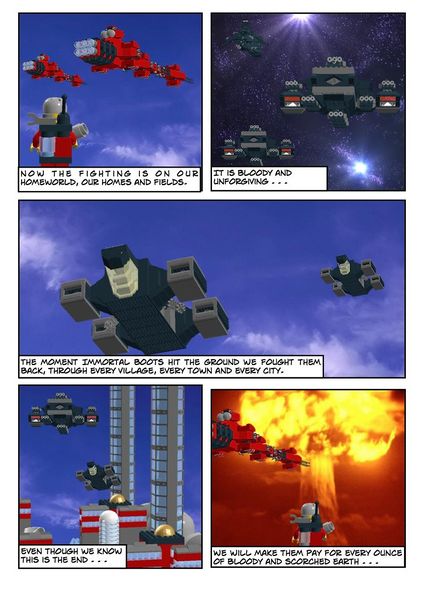 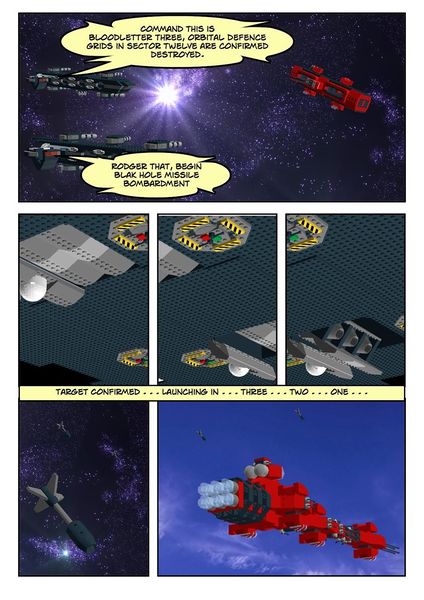 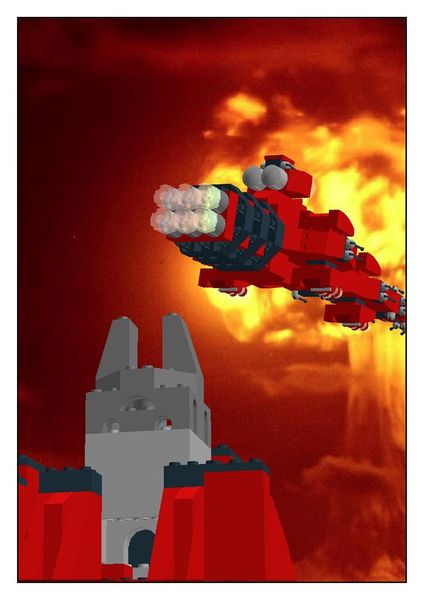 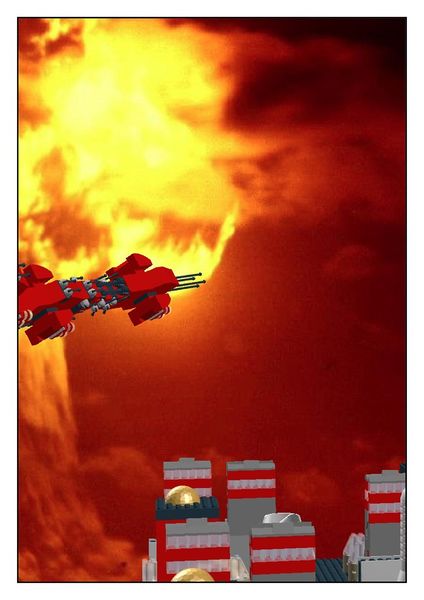 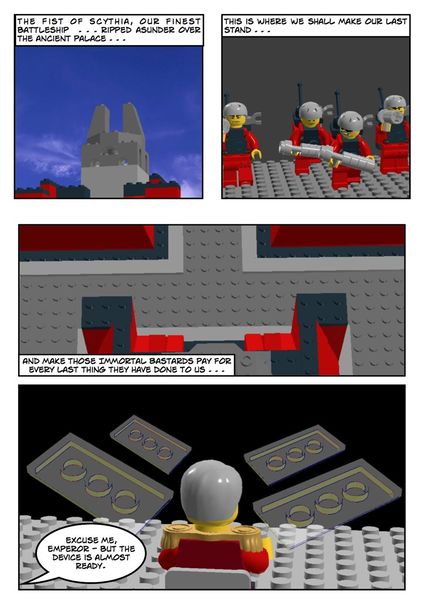 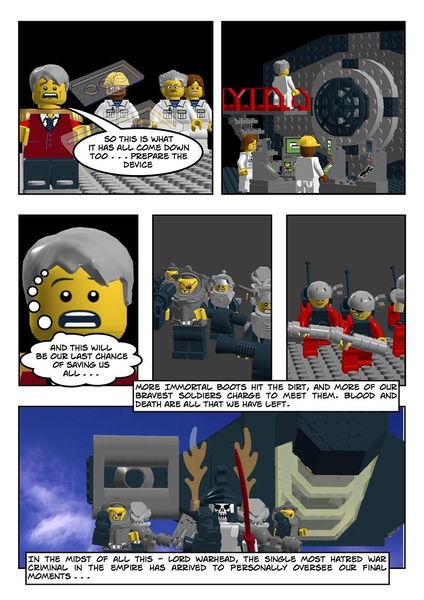 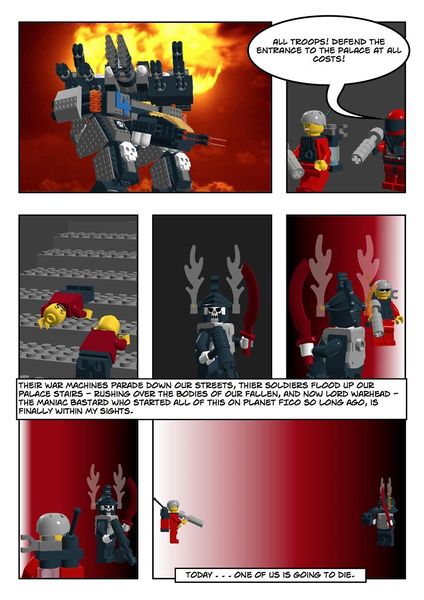 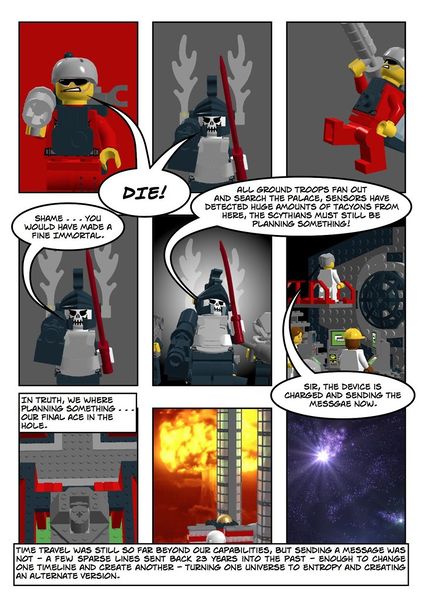 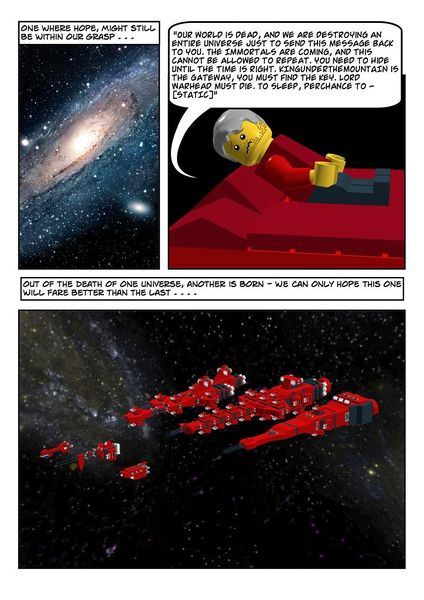