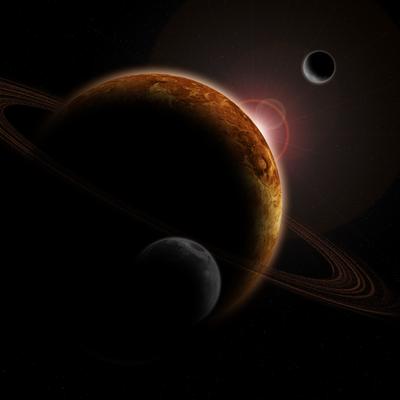 The center of the Great Scythian Empire.

The Home system of the Great Scythian Empire is by far the single largest population zone within Scythian space, housing billions on the planets surface and billions more in vast habitation stations dotted throughout the systems habitable zone.

The planet Scythia houses the ancient palace of the Scythian empire – which has stood for almost all of the empires illustrious 10,000-year history.

The royal palace is the lifelong home of the Emperor himself, and the housing grounds for the Royal Marines – an elite within the elite of the Scythian Empires forces. Each year, every world within the empire is required to put forward its 100 best marines for the trials of honour – in which each force must face every other force within the testing grounds the Emperor decides. These forces are whittled down until only 10 forces remain, and then those thousand soldiers are recruited into the Emperors Royal Marines and given the honour of becoming the right hand of the Scythian Empire.

The Scythian System is also the lifelong station post of the Emperor Super-battleship and the Empress Super-Carrier, with the entire 1st, 2nd, 3rd, 4th, and 5th fleets on permanent standby to protect the system from the nigh impossibility of attack. 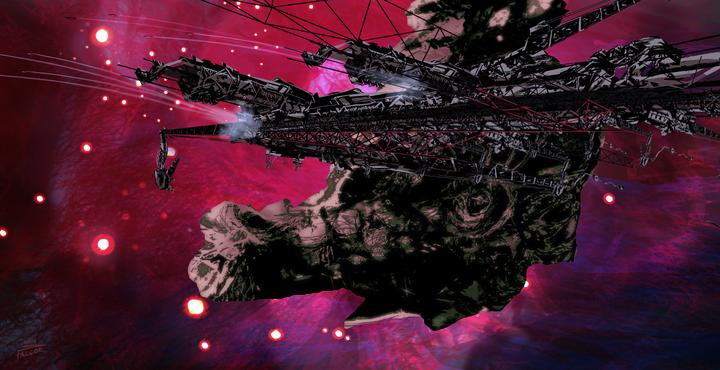 The single most habited system within the empire other than Scythia itself – Rigel Kentaurus is a proud, ever shining light within the vast empire.

The entire Rigel Kentaurus system is a K-L configuration star system with two stars in a standard Alpha-Beta configuration, what makes the system unique is the rotation of these stars, which create erratic gravitational crosswinds to another, which has stopped any form of planetary body from forming within the system. The result of this has been trillion of asteroids, filled with valuable metals and materials being drawn into the system, but never being able to form a stable gravity pattern to form into even the youngest of worlds, surrounded by a hyper-massive Oort cloud filled with all the essential and exotic gasses needed for almost every stage of star ship construction.

Founded 457 years ago, barely 43 years into the first colonisation wave of the Scythian empire – Rigel Kentaurus started as a series of small asteroid mining colonies that eventually interconnected and continued to expand, drawing asteroids together, hollowing them out and spreading further in every direction until, eventually – 170 years ago the first belt “Halo” was completed – linking the entire mining colony to itself.

Since then, Rigel Kentaurus has only continued to expand and grow – its forges endlessly mining and manufacturing ship components to the massive shipyards to pump out tens of dozens of extra ships daily for the Empire to use.

It is also the single most militarised system in Scythian space due to its nature – inbound ships have to arrive via FTL or hyperspace at the outer edges of the Oort cloud and follow a complex buoy map into the system, passing through hundreds of layers of automated defence and sub-fleets waiting around massive manned defensive stations before reaching the primary fleet dockyards.

Today, it stands as a light within the Anti-Immortal figurehead that is the Scythian Empire, with over a dozen nations making use of the largest known shipyards in existence, and will surely continue to be a boon to the Empire for centuries to come.

Mantorok is known throughout the empire as the “Ghost system” due to two factors – the first is the fact the system is the peacetime headquarters of the Scythian Office of Naval Intelligence and the Empires Skunkworks facility for prototype equipment on Mantorok Alpha.

The second reason is Mantorok Beta.

Mantorok Beta is put simply – the worst kept secret in the empire, discovered before the KINGUNDERTHEMOUNTAIN initiative was put into place – it is an entire world that used to be the home to another, unknown species. Its entire surface, and vast areas beneath it are littered with cities and signs of an intelligence that inhabited the world almost 150,000 years ago – that through means unknown had its entire atmosphere stripped away by weapons unknown to Scythian science. The result is a world that has no atmosphere to breathe, no nutrients in its soil, and vast frozen oceans that will never again be pulled by tides and dust storms that slowly strip away and erode the planets surface.

The verdant system of Gateway is one of the largest producers of foodstuffs in Scythian space – With 3 worlds positioned perfectly within the habitable zone and 10 terraformed moons, Gateway produces enough raw foodstuffs to keep itself and over 30 systems around it fed.

Mousetrap (Defensive system against the Britannian and Immortal Empires)

Mousetrap was colonised only 100 years ago, shortly before the economic collapse of the empire, which lead to the current attitude of building towards infrastructure rather than further expansion of the empire.

Originally Mousetrap was meant to be another standard colony world – focusing inwards on itself and producing more resources for the larger empire, but when the Immortals arrived and began probing into Scythian space – Mousetrap began a slow process militarisation, as it became somewhat of a thorn in the Immortal incursion forces.

As the Scythian/Britannian conflicts began – Mousetrap became a staging point for the forces moving out into the galactic north.

Mousetrap has since become a bastion against the wars swallowing the galaxy, it has so far survived 3 Immortal attacks and 1 Britannian attack and continues to steadily expand its defensive forces against the inevitable attacks to come.