Those wishing to participate in the contest should submit an original battle report via a new thread in the Reports from the Field forum between January 21, 2020 and February 21, 2020, including the identifier tag [RK20] in the title.

Judging of the entries will commence immediately following the contest, beginning February 22, 2020, and will end no later than February 29, 2020. The final scores will be announced and formalized in this thread on March 1, 2020.

For the 2020 Contest, the following are Judges:
The following are Secondary Judges:
Judges will read each entry and score it based on the following categories:
Each Judging Category is rated on a scale from 1-10, except Fun, which is rated on a scale from 1-20. The scores from each category will be added together, with the exception of Story, for a single Judge's Total Score of between 4 and 50. Total Scores are added together to create a Final Score, which is compared to other entries to win. The Story Score will only be used in the event of a tie between entries. Judges are encouraged to keep an open, diverse mindset when judging entries as they are not inherently required to adhere to any particular interpretation of Kanon or individually preferred tone. In short, we all have a good general idea of what constitutes as Brikwarsy but a great many of us have some pretty different ideas about the specifics.

The 1st Place Winner will become our BrikWars Monarch of 2,020, join the ranks of BrikWars Royalty, and gain full on bragging rights. They will also earn a unique custom badge, which will be pinned to the winning post and generally used however the winner sees fit (such as its inclusion into their forum signature). 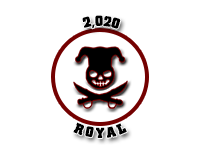 The previous year's Monarch has the transition period of the contest's duration to issue any last minute ridiculous decrees.

I can judge. I'd like to submit something, but I don't have the time...
Top

Thank you. I have my three primary judges. Anyone for Secondary Judge, please?
Quantumsurfer's Narrative Index
Top

Just a friendly reminder that the Rekon Kickoff, due to a late start, continues through into February this year. Get those entries in.
Quantumsurfer's Narrative Index
Top

Thanks to all participants for your entries into this year's Kickoff.

Well done and congratulations. Oddly low turnout this year but the entries themselves did not disappoint. Here's looking forward to the battles in the coming days they inspire.