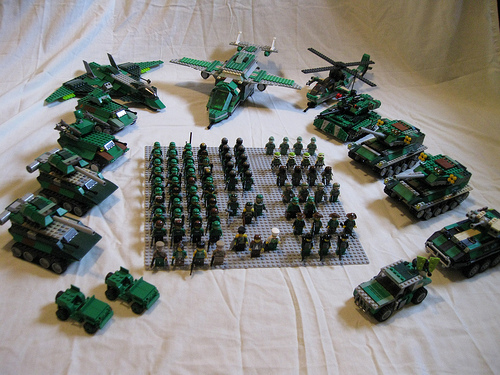 With the death of president Karkin and the elimination of the Kuragin supporters, a new nation has risen to take the helm of the failing Kuragin government. Michael Williams, a former high-ranking cabinet member and chief official of the old government, has now allied all of the military and political bodies in the Kuragin sphere of influence to write a new constitution and create a new country where all minifigs can live in freedom and equality. Man and woman, peach and yellow now all stand under the mighty banner of the new Adamarian Federation.

Following the dissolution of the Kuragin government, all military assets have been integrated and updated for service under the new order. With the crippling Kuragin economy now non-existant, and the new Adamarian currency booming, military expansion has grown dramatically. This is an essential plan for Mr. Williams, who intends to rid the Brikverse of the Calvarian empire and establish the Federation's dominance among the other Brikverse nations. 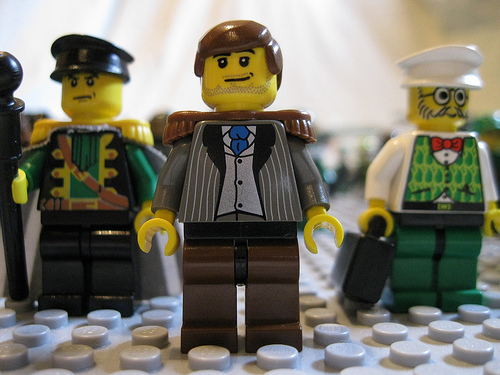 President Williams himself, along with two of his closest allies: Director Martin Steele, the new financial director for the Adamarian Federation who is known to have a bill obsession that rivals even squidtrons, and General Bradley Davidson, a veteran Kuragin general who was one of the first to swear loyalty to the new power.

The deadliest new infantry unit in the Adamarian arsenal are the feared MYRMIDON-super soldiers. Genetically altered to be much faster, stronger, and deadlier than an average human, these elite soldiers are said to be the equal of a Calvarian Knight in combat, though this remains to be seen. Each soldier is equipped with thick body armor that contains a prototype personal shielding unit, as well as an oxygen filter to help them operate in hazardous environments and magnetic boots for operations in zero-gravity. Shown here is DARKSABER, perhaps the most infamous of the MYRMIDON soldiers, along with two of his peers. Their immense strength allows them to carry larger weapons with ease (up to size 3). Other than this, they are perhaps best-known for their feared "lunch thief" attack, which involved punching an enemy trooper in the gut with such force that it tears through their stomach and exits through their spine.