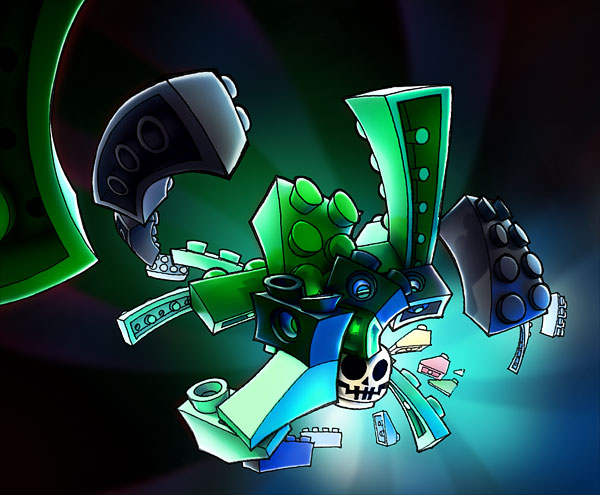 Astro-Binding Substance, while never fully defined or understood, is the material from which the engineers of Galactik Civilization build all constructions. Its mysterious properties allow fuelless vehicles, impossible structures, reassemblable lifeforms, unexplained sources of energy, thought, and motion - in short, everything that makes a BrikWar work. The reality-warping effects of ABS allow Mediks to bring back the dead, Mechaniks to create vehicles from debris in seconds, regular life-forms to mutate into unstoppable monsters, castles to appear next to military bunkers, pirate ships to sail in outer space, and armies from parallel universes to arrive at a battlefield a thousand years late.

Strangely, the effects only warp reality in one direction: the direction of warfare and mayhem, leading some to believe that evil or unworldly minds guide its power. These beliefs, in some form or another, are the basis for all major Galaktik religions. 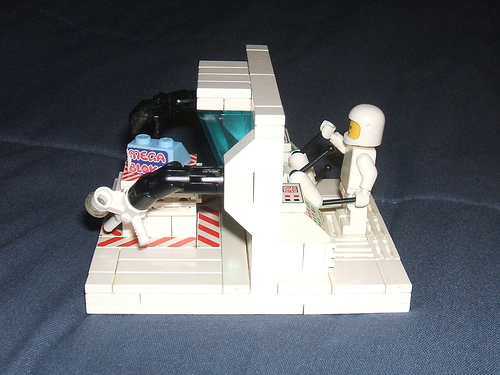 The purest form of naturally-occurring ABS is found in Legitimitium ore, commonly shortened to Leg-Ore. Forms of corrupted, synthetic, or counterfeit ABS are lumped under the derogatory umbrella term CLO, an abbreviation for Counterfeit Leg-Ore. CLOan ABS is believed to have originated in the Negaverse as a way to corrupt and sabotage the creations of Legitimitium engineers. CLOan ABS is much cheaper to obtain and produce than Leg-Ore ABS, but results in such vastly inferior constructions and defect-plagued devices that it produces a sense of disgust in all who witness them. Legions of righteous paladins such as the Legiteye Knights and the Oktan Rangers, along with the mysterious Order strive constantly in their CLOan Wars with no end in sight, dedicating themselves to their holy crusade against evil forces fighting under the symbols of the CLOan Brands.