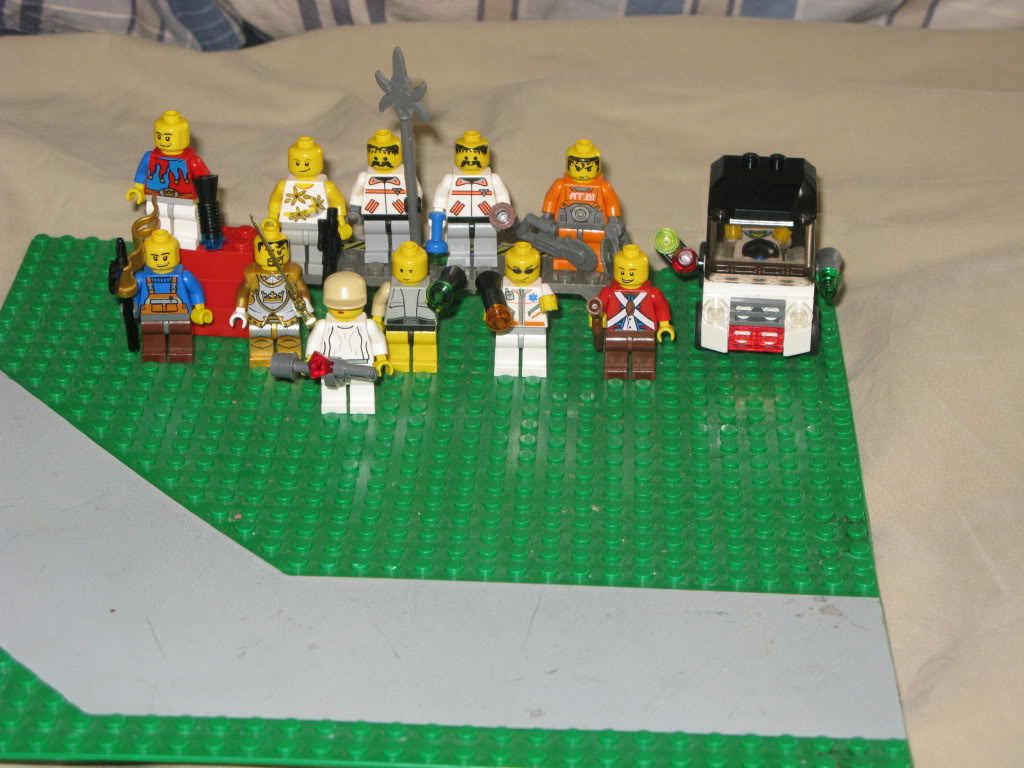 This motley group is made up of the survivors of the orbital bombardment.

The planet of Ajax-4 is soaked with blood.

On the night before the Grand Navy was to be launched from the southern continent of Keern, a deluge of radioactive asteroids pummeled the south into a smoke chocked wasteland. This event is known as the Storm.

Many months passed before the firestorms abated and the dust settled. When conditions finally improved enough to allow Coalition forces to attempt a rescue mission, they encountered unexpected hordes of Peaches - actually the citizens of Keern, mutated by a Koincidental side-effect of the choking radiation. Mistaking them for a Peach invasion force trying to capitalize on the devastation, a bloody genocide ensued as the soldiers cut down the confused civilians.

The survivors of the first genocides organized into the Peach Resistance that now plagues the Coalition. Rather then admit their failure, the Intelligence Corps instead urged the president to capitalize on this war to purge the people of Ajax-4 of Peach sentiments. President Mc'Ballsy jumped at the chance and put out the 'official story' of the Peach invasion, calling on the civilians of Ajax to help throw out the abominations. Scores of civilians jumped to answer the call, filling the ranks of the Ground Pounders to bursting. The army now marches from the beaches of Kreen into the massive ruins of the space ports, determined to root out the horrid Peaches and whatever other mutants they can find.

They are supported by the Green Rangers, a race of green skinned minifigs from Ajax-3, the only other inhabited planet in the Ajax system. Seasoned by the wars they wage against the Negablok monsters that infest their planet, the Green Rangers of Greenstople are an invaluable asset.