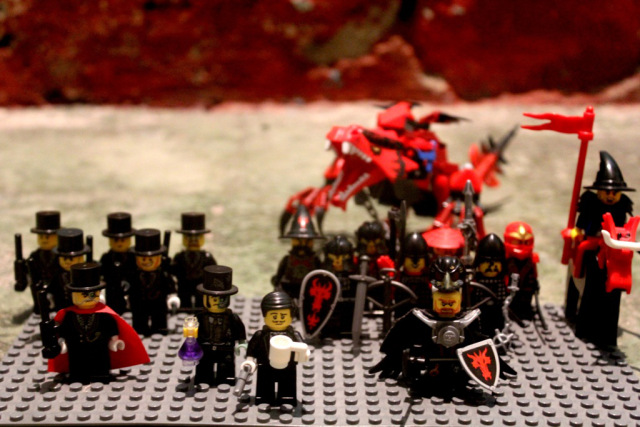 The Ebony Millinery is a small but efficient space mafia that generally asserts its influence over the fringe worlds of the BrikVerse. Led by the tea-loving criminal mastermind Arcturas Endrogen, the Millinery controls a number of minor planetoids and maintains small militant forces on each of them. Currently, the interest of the Millinery lies on the insignificant planet Azure, where a cult of Red Transparent worshiping knights has become subject to their command.

The primary fighting force of the Millinery itself, outside of the other factions it manipulates, lies in the Gentlemen Gunmen, a suit-clad regiment armed primarily with engraved machine guns and dignified cane swords. These ground forces are often reinforced by industrial victorian automata and vehicles, created by the mad scientists the Millinery keeps hidden from the law.

The Millinery's primary enemies are the Blue Heliad Sciences Corp., which attempts to protect the fringe worlds from those who would dominate them through superior force. However, since their adding the Dragonblood Knights to their forces, they've accrued a vendetta with the Royal Azure Imperium, a royal empire which, equipped with prestigious inventors and supernatural soldiers, aspires to reach the stars.