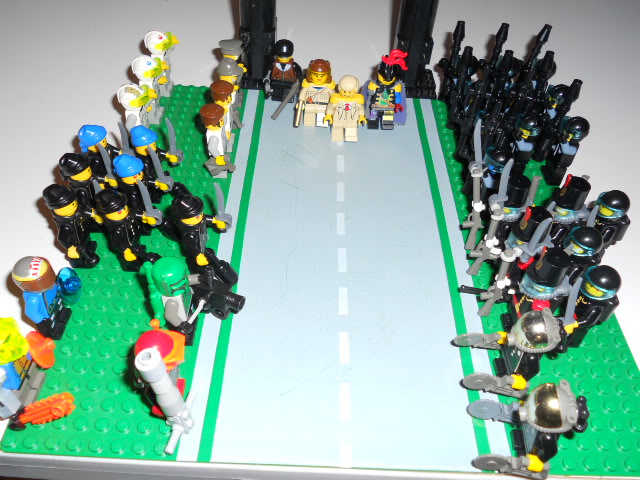 The Kaiser inspecting the troops.

The Neo-Prussian Empire is a relatively young, secluded Empire that was only discovered shortly after the beginning of the Immortal War. Their home planet is the rich, verdant planet of New Prussia and they have several bases on its outlying planets. The Empire is strongly defined by its military culture and its belief in the Farce.

The Neo-Prussian Empire is a continuation of the ancient Prussian Empire by people who at the time were disgruntled by the political course their Empire was taking and how it 'officially' ceased to be.

They first reformed on a planet they dubbed 'New Prussia' in a remote, desolate corner of the Brikverse and purposely spent a lot of time there in isolation before finally being discovered at the eve of the Immortal War, knowing the vast richness of their planet would inevitably attract other space-faring factions and lead to conflict. Apart from their homeplanet, the base of their power, the Empire also holds military bases in tactical locations on nearby surrounding systems.

Long ago, in ancient Prussia, a number of inhabitants were unhappy with the way politics were evolving in their country, so they left and founded what is now Neo-Prussia. Secluded from much of the Brikverse, they fought mainly Indigenous Tribes as their empire slowly grew, away from the eyes of other civilised people. 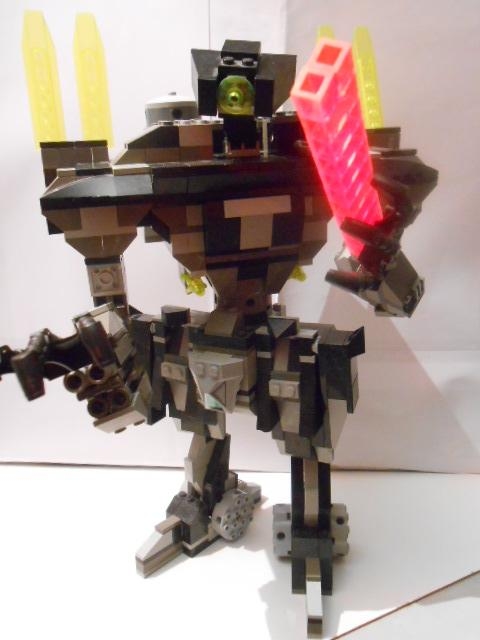 Prussians have an overall tendency of fielding mecha. Their technology is generally highly advanced and they try to seek a proper balance between firepower, speed and armour, in that order of importance.

The infantry is divided into the Shocktroopers and the Wolves, who are commonly supported by Ripperbots. There are several special divisions as well, such as the Psychobots, the Himmelsjäger and the Ghost Division.

Der Kaiser is the all-powerful head of state, but it is believed the scientist Sir Bragallot has a lot of influence behind the scenes.

Shortly after their discovery, the Neo-Prussian Empire was forced to into the Immortal War, and entered the Prussian-Monarchial Conflict. With their planet lost to the and their forces scattered, the faction of the Neo-Prussian Empire still commanded by Der Kaiser (and thus considered the 'official' faction) joined the Anti-Immortal Alliance and the Third Alliance.

Some time later, an alliance of Prussian and Assyrian forces started attacking the Inquistadores' homeplanet of Dios, and an unknown source threatened the Third Alliance they would all be assimilated into the Great Prussian Empire, but these messages and attacks were believed to have been instigated by unofficial dissidents.

The Neo-Prussian Empire boasts a very military-oriented culture, with a proud, patriotic, nationalistic people that stands as one and will likely be perceived as 'arrogant' by many outsiders, even though their love for their Empire doesn't bring forth an exaggeratedly strong feeling of superiority with most of them.

The Empire is considerable in terms of technology, allowing them to field an army that is well-modernized on all levels and even go as far as to be quite innovative at times.

They believe in the powers of the Farce and people who wield or are in touch with the Farce are widely praised across the Empire and usually the most successful amongst them.

Neo-Prussia is the Switzerland of the BrikVerse, being quite serious about their neutrality, freedom, independence, and way of life. However, it is questionable whether or not this attitude can contiune to be valid in the current affairs of the BrikVerse.