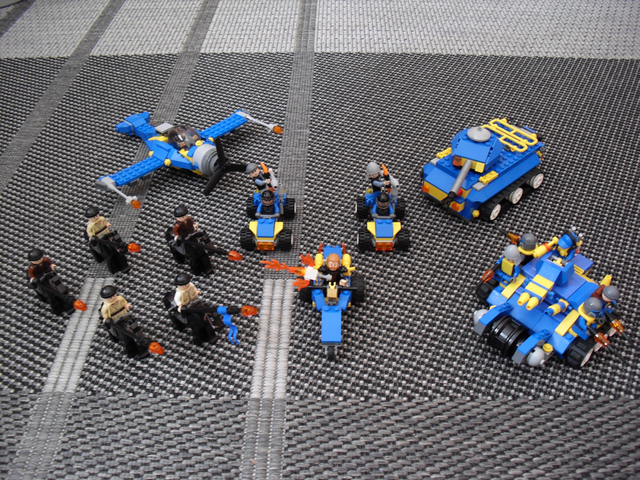 The Qirim Khanate reformed itself after several fierce fights in the Kievan SSSR and the Kharkivite SSSR and managed to persist as an independent entity for a long time. The population of the Khanate consists mostly of Peach Tatars, who are known for being resilient warriors and excellent horsemen.

The Qirim Khanate was formed around BR 1,400 in the Qirim subsector, where it remained independent for a long time. After the Ottomans conquered several foreign colonies around Qirim, they managed to turn the Khanate into their protectorate, while granting it a great amount of autonomy. They successfully raided the lands of the Polish-Lietuvan Noble Republik, the Kingdom of Magyar and the Muskovite Empire, until getting fully absorbed by the letter in the next four centuries.

As time went by, the Muskovite Empire fell and the USSSR emerged, which didn't change much for the Tatars, who were uncomfortable with the Soviet rule. In BR 2,014, the Tatars of the Qirim subsector rebelled against the puppet government of the Kievan SSSR and managed to establish the Khanate in it's former territory. Until now, the Qirim Khanate is constantly fighting against the Soviets to preserve it's newly regained independence

The Tatars of Qirim are well known for their excellent horsemanship and hit and run tactics. Even with teknology, that is way more outdated than the Soviet one, they manage to keep them from their lands.

Usually, the Tatars keep to themselves and are quite suspicious about strangers, considering their isolated position in the Purple Sector and lack of close allies.