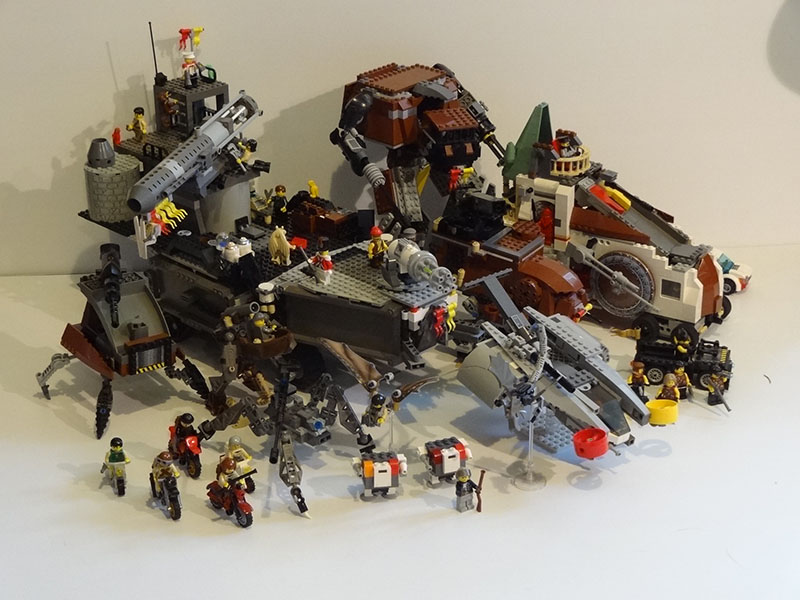 The Royal Quadrarian Post was established in R. 2014 to address the lack of satisfactory delivery services in the galaxy. Originally the Royal Post, the immediate market for no-nonsense delivery in the Brikverse rapidly expanded the organisation from a family affair into a full-blown courier superpower. To aid the administration of such an establishment, the service’s home system of Balwryn I was swiftly annexed. Due to a distinct lack of local royalty, the Royal Post created the Quadrarian Empire, named after the quadratic algorithms used to manage the large amounts of cargo. The Royal Post immediately ceded to the newly installed Emperor (who happened to be the original Director of the Royal Post), rebranded the entire organisation as the Royal Quadrarian Post, and bequeathed the entire Balwryn I system as tithe.

While reasonably accepting of all philosophies and theologies, the Quadrarian Empire has a strong bias against Peaches. While not manifested in such overt displays as other major anti-Peach factions, the undercurrent of Peach oppression is still strong, as Peaches find it difficult to gain citizenship, employment, or timely packages in the mail.

The Royal Quadrarian Post's motto of 'Untampered, Unobstructed, Uninterrupted' has also been adopted as a pseudo-religious mantra by its workers, who often value the fulfilment of this promise above all else. While explaining the seeming belligerence of delivery workers, it also causes postal devices (such as mailboxes and crates) to be viewed with a religious awe by many Quadrarian citizens. This is evident in the Mailbox Shrines that dot the countryside of Quadrarian planets, and the rise of the Church of the Mailbox. Such is the Church's influence with the masses that it has given rise to a couple of crusades, attacking neighbouring factions and authorities which defiled the sanctity of the Post.

While appearing to use steampunk technology, the Royal Quadrarian Post and affiliated empires are surprisingly advanced, ranking at Tek Level 5 – a full 2 levels above that expected. This is largely due to the innovation of the Quadrarian Improbability Drive. These variants of the Adams model were first developed in conjunction with the Mk I Mobile Office Initiative vehicles, as the difficulties in powering such large constructs with steam were easily apparent. This fundamental design flaw was circumvented by creating an improbability drive which could be powered by steam, thus powering the vehicle through the improbability of functioning. The power of the improbability drive also increases as the vehicle is damaged, thus keeping it functional long after the failure of conventional constructs.

The Royal Quadrarian is technically a Superpower due to its possession of a Fudge-class giant mech and Mobile Regional Distribution Office SDT Mk III.